BTS’s Jungkook Talks About His Admiration For ARMY, How He’s Changed Over The Past 10 Years, And More

In a recent interview and pictorial for Vogue Korea, Jungkook talked about his journey and growth as a member of BTS.

As the cover stars of the magazine’s January 2022 issue, each of the seven BTS members sat down for a separate interview. 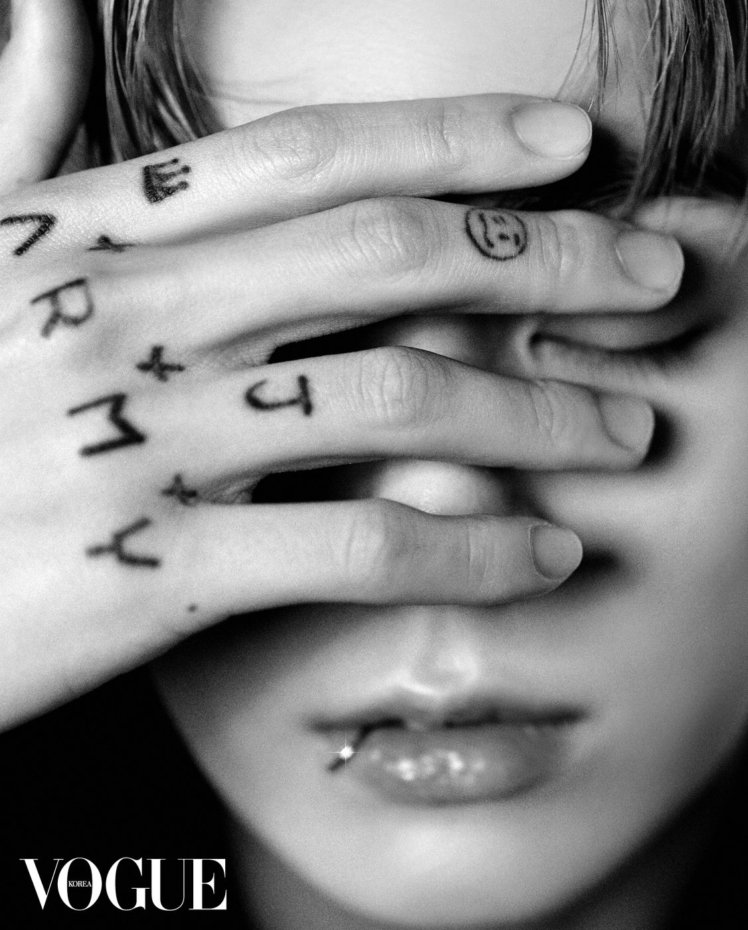 Jungkook started off by discussing how he protects his worldview. Public figures usually undergo many different influences, making it hard for them to solidify their own worldviews. That also goes for those who have to mold themselves from a young age in order to achieve a certain goal. However, Jungkook is different. His activities outside BTS suggests that he has very clear ideas about what he wants to do.

The idol explained, “I’ve never decided, ‘I’m going to live this way,’ but it’s clear that I want to live according to my will. Even if there’s a life after this one, I won’t be able to remember it, and this is the only life I’ve been given right now. On top of that, it’s a short one. Of course, I should never do something that everyone agrees is wrong, but in the realm of diversity, I want to live my own way. I established these thoughts early on.” 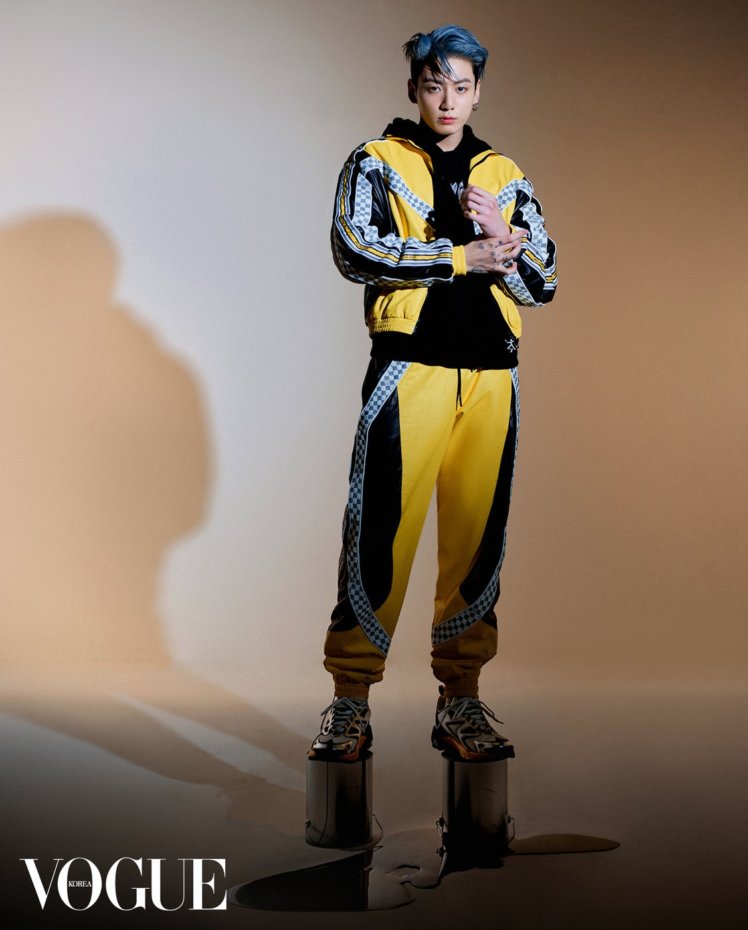 The interviewer said, “They say that life is short, but art is eternal. What is eternal to you?” Jungkook answered, “Even if what I do is art, is it the most important thing? Isn’t life itself more important? The time I lived remains intact to me. That’s why life is both finite and eternal.” 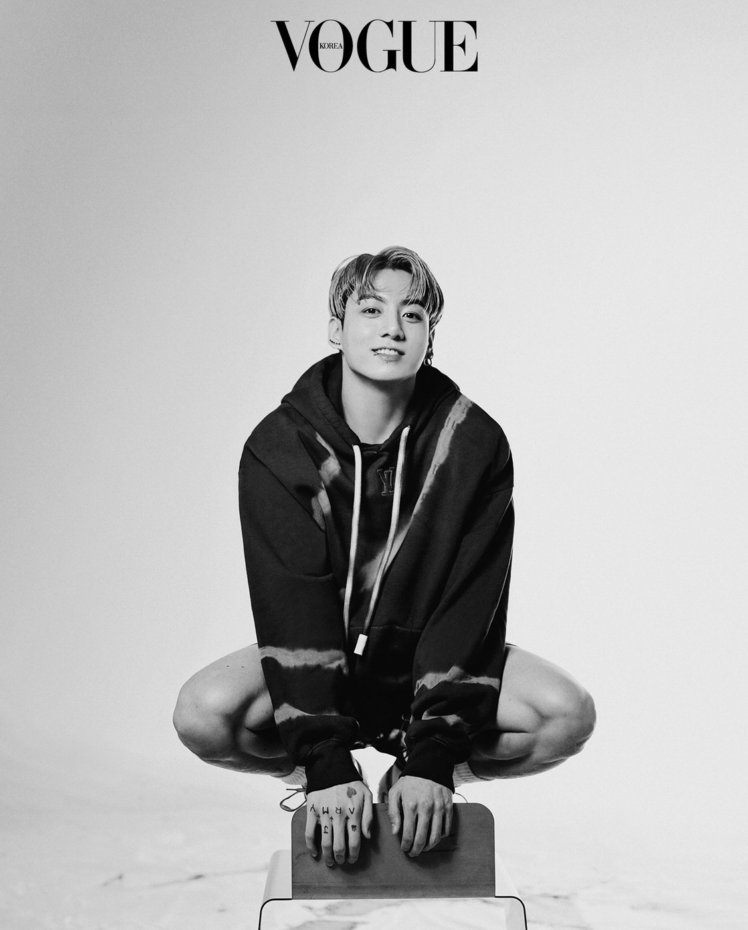 Jungkook is known for being gifted in many areas besides music such as art, photography, and video editing. Some fans wish he would showcase his talents in them more, and he humbly replied, “Those are just some of my interests. I don’t need to put them all into practice.”

Then he shared, “I have realistic thoughts and idealistic thoughts, and they always co-exist. Before I used to be greedy and did what I wanted to do without giving it much thought. However, just like life and human relationships, your thoughts change. These days, I’m more realistic. What I need to do is more important than what I want to do.”

In addition, Jungkook doesn’t want to reveal his creations until he is fully satisfied with them. He explained, “They’ll never be perfect. But I at least don’t want to show people what I’m not satisfied with. There will be a day when I will work hard and show them to the public. Right now, I don’t have the leisure to focus on completing them.” 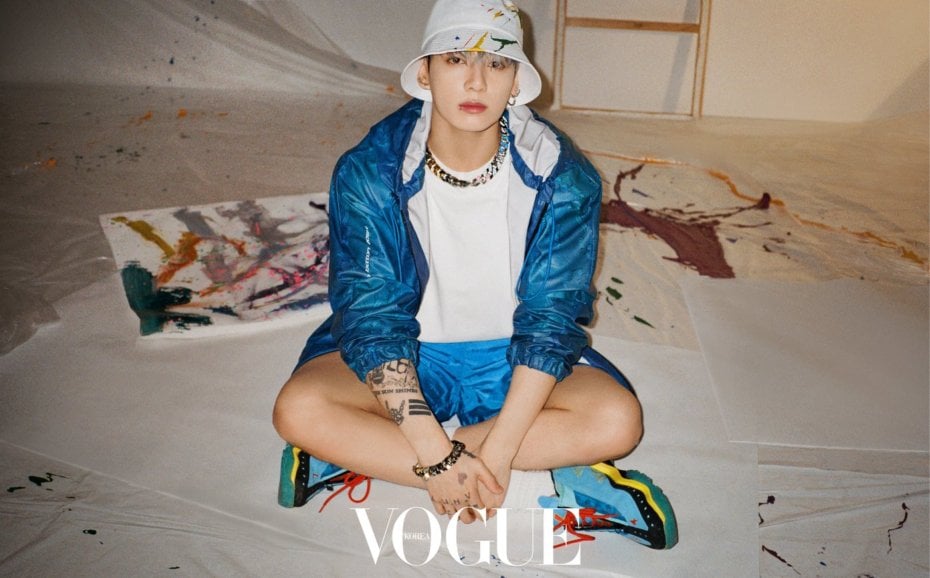 With BTS, Jungkook’s life changed drastically. In 2014, BTS invited random people to watch their free concert in LA. It was part of an TV show, but they sincerely ran around the streets and handed out flyers. Now in 2021, the tickets to their LA concert at SoFi Stadium sold out in minutes.

Jungkook expressed his disbelief about the huge changes, saying, “I’m always curious about why people love us and get excited about us. I’ve been thinking about how I got to this point. Firstly, I met great members! Secondly, we have a CEO who really loves music. Apart from those reasons, perhaps it’s because the synergy of BTS’s songs, lyrics, messages, performances, and public appearances attracted more and more fans. However, I couldn’t wrap my mind around this situation recently. I guess it’s because we’re unable to meet the audience members in person. As much as I can’t believe it, I’ll have to work harder.” 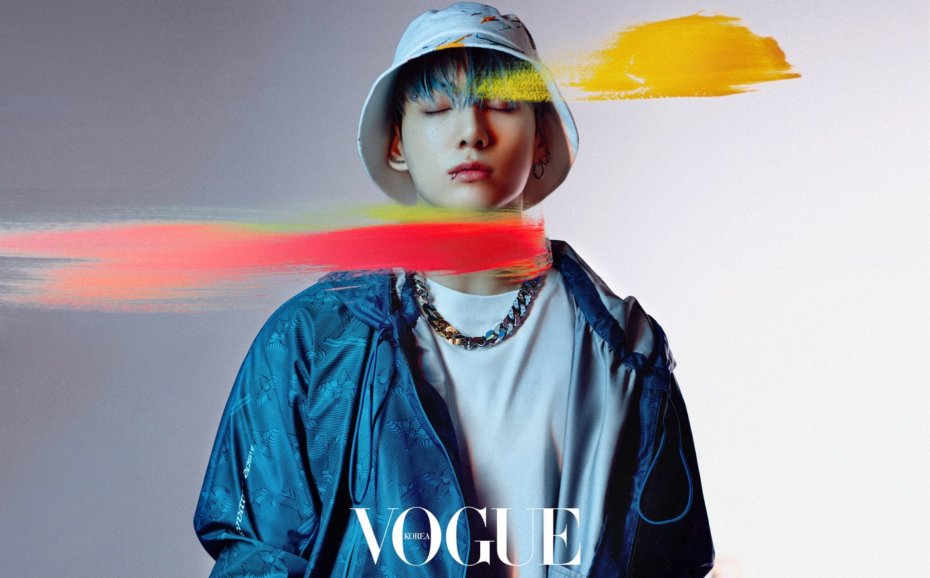 Jungkook also shared his admiration for ARMY (fandom name), who has been putting BTS’s positive messages into action. Some of ARMY’s good works are environmental projects to revive rainforests and whales and fundraising for vulnerable groups including refugees and the LGBTQ community.

Jungkook commented that he’s both amazed and intrigued by ARMY. He remarked, “I’m just a person who really loves to sing and dance, but ARMY is achieving great things for us. I’m just grateful for their support, but they’re also doing such wonderful things. They started doing these activities to support BTS, but it’s deeply touching to see them enjoying doing good things and being happy about them. I’m personally inspired by them.” 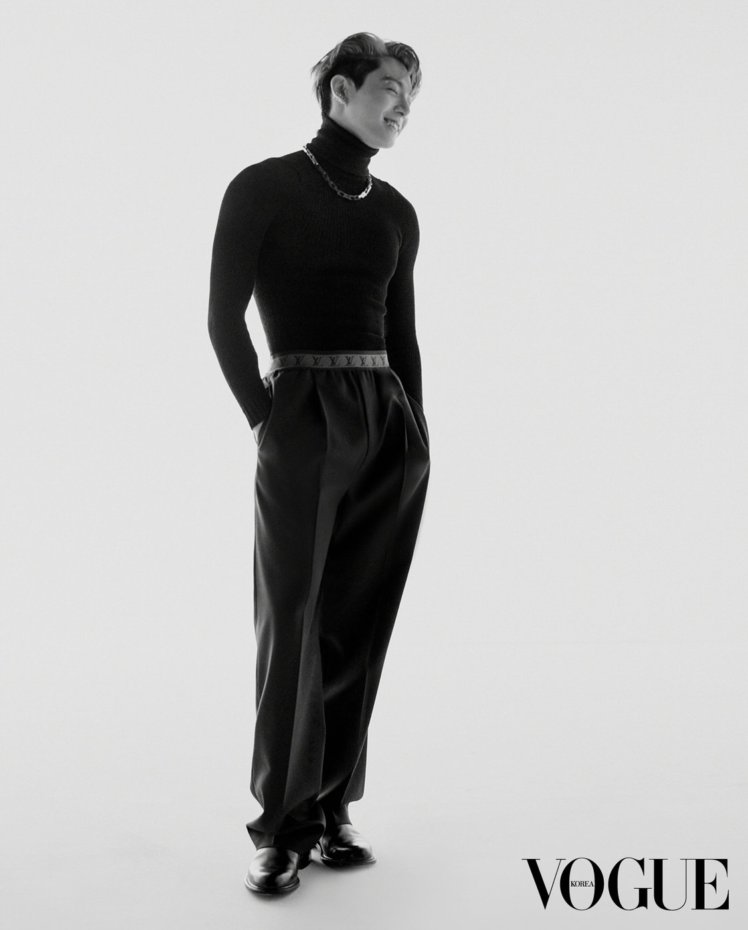 He thought about how to repay ARMY but couldn’t find an answer for a while. He said, “I didn’t think there was anything special I could do. I’ve come to the conclusion that being good at my job, as I’ve been doing, is what I can do for ARMY.” 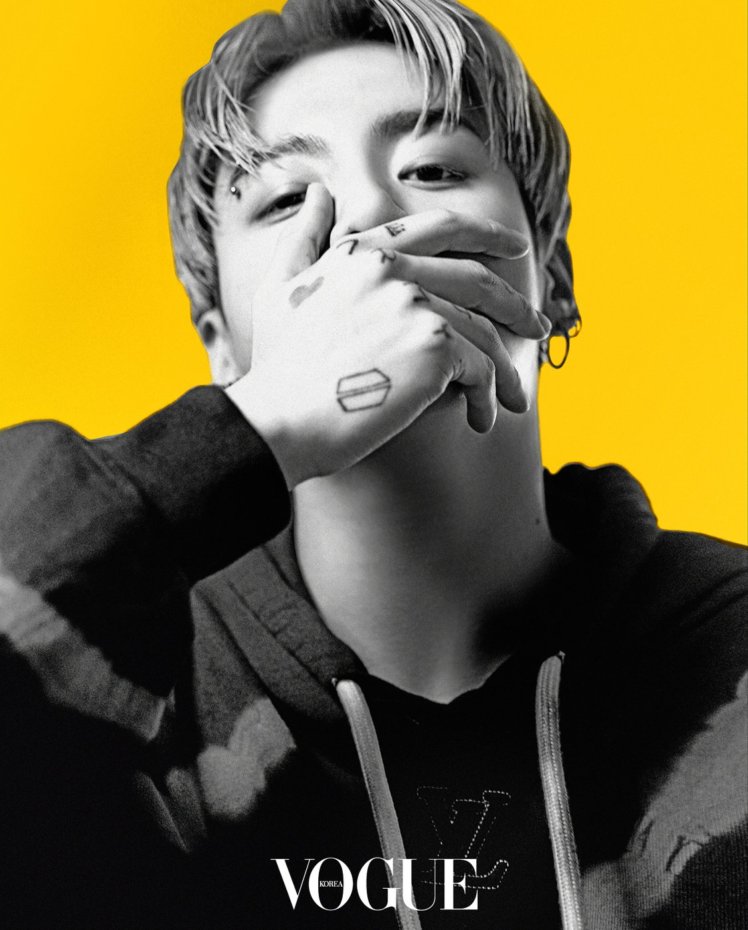 Jungkook debuted at the tender age of 15, and he’s gone through various experiences that helped him grow and mature into who he is today. His members once told him, “It’s great that you haven’t changed at all.”

When asked what has changed the most and what has remained the same over the past decade, the youngest BTS member replied that he thinks everything has changed except for one thing. He explained, “Just like when I was little, I am still warmhearted and trust people well. I give my all to those I love until they break my heart. My members acknowledged this. Sometimes, I worry that something will happen, but fortunately, I have my members to lean on. But if I rely on them too much, it’s like I’m hiding behind them, so I need to find a balance.” 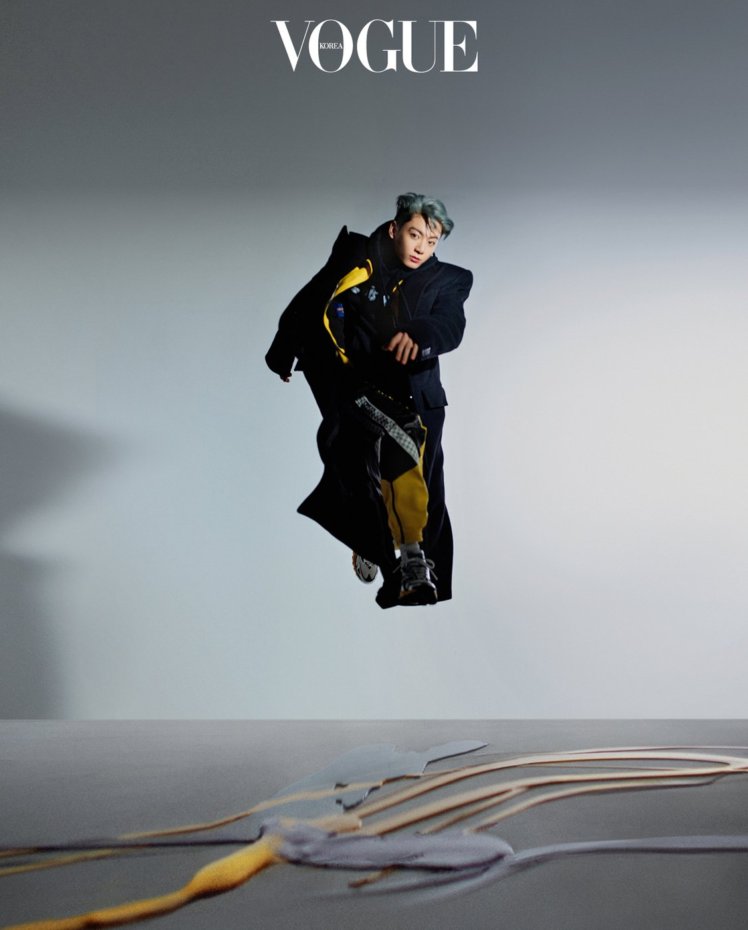 Finally, Jungkook talked about the upcoming decade. In BTS’s hit song “Permission to Dance,” there is a part that goes, “We don’t need to worry. ‘Cause when we fall, we know how to land.” When asked if he thought about how to land, he commented, “There are definitely many people who are greater than me, and as I get older and time goes by, I will have no choice but to go down. But I don’t think about landing. I have a lot of things I want to do. I want to expand my territory and climb up higher.” 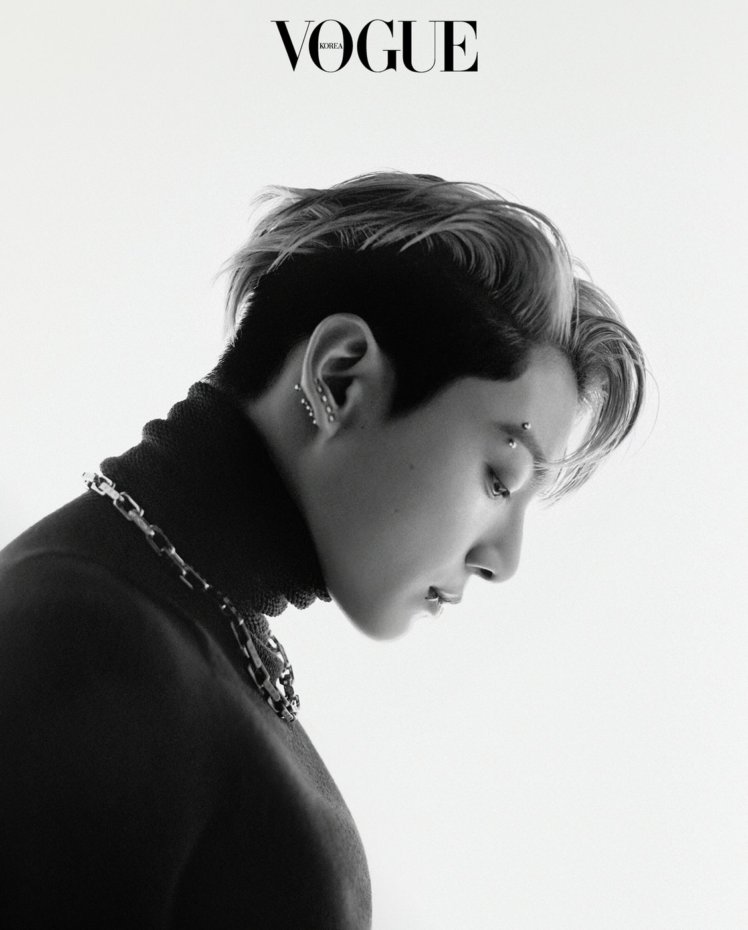 BTS
Jungkook
Vogue
How does this article make you feel?