Based on the popular webtoon of the same name, “Shadow Beauty” tells the story of high school student Goo Ae Jin (played by Shim Dal Gi), who is a bullied loner at school. However, she leads a double life online as a popular influencer named “Genie” who is renowned for her flawless looks (played by fromis_9‘s Lee Nagyung). Golden Child‘s Bomin stars in the drama as class president Kim Ho In, who is in the same class as Goo Ae Jin, while PENTAGON’s Hongseok plays idol Lee Jin Sung, who was her only friend at school back when he was a trainee.

Previously on “Shadow Beauty,” Lee Jin Sung had to transfer schools in order to prepare for his debut as an idol, forcing him to part ways with his close friend Goo Ae Jin. However, due to Goo Ae Jin pushing him away, the two friends never got the chance to properly say their goodbyes. Later, in an attempt to blackmail Goo Ae Jin into giving her the password to Genie’s account, Sun Mi Jin (also played by Lee Nagyung) threatened to reveal what she claimed was an explicit video of Lee Jin Sung that he had sent to Genie. However, because neither of them had ever actually watched the video in question, it remained unclear what its actual contents were.

At the end of the latest episode, Lee Jin Sung returned to his old high school after his debut. Now a famous idol, he sought out Goo Ae Jin and approached her as the entire school watched, leading to a romantic moment that felt like something out of a movie.

In newly released stills from the drama’s upcoming finale, Lee Jin Sung and Goo Ae Jin finally speak to one another for the first time in months. After their initial reunion in the school gymnasium, the two friends share a quiet moment alone together—and though the distraught Goo Ae Jin can’t seem to take her eyes off the floor as she tears up, Lee Jin Sung’s gaze is warm and caring as he reaches out for her hand. 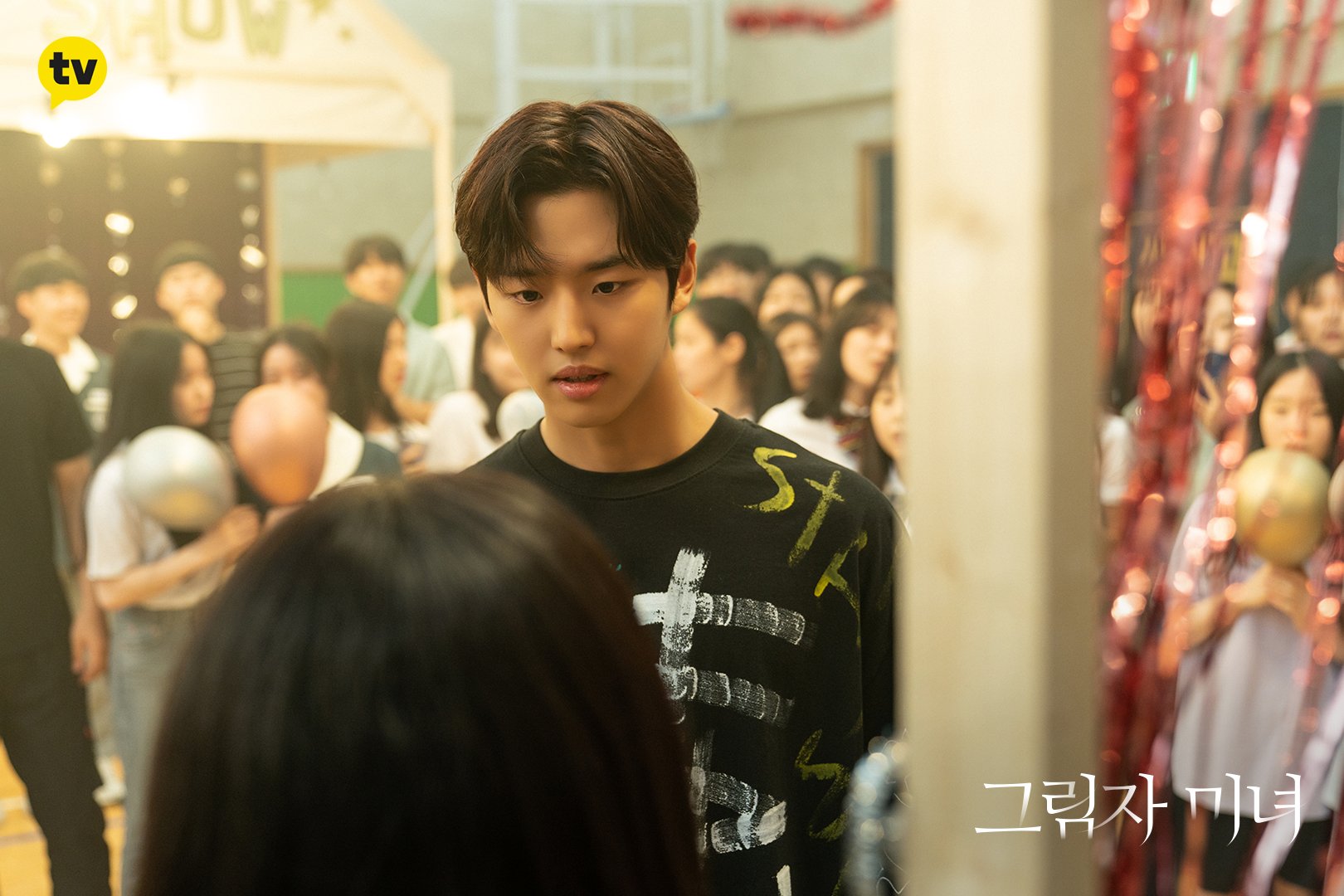 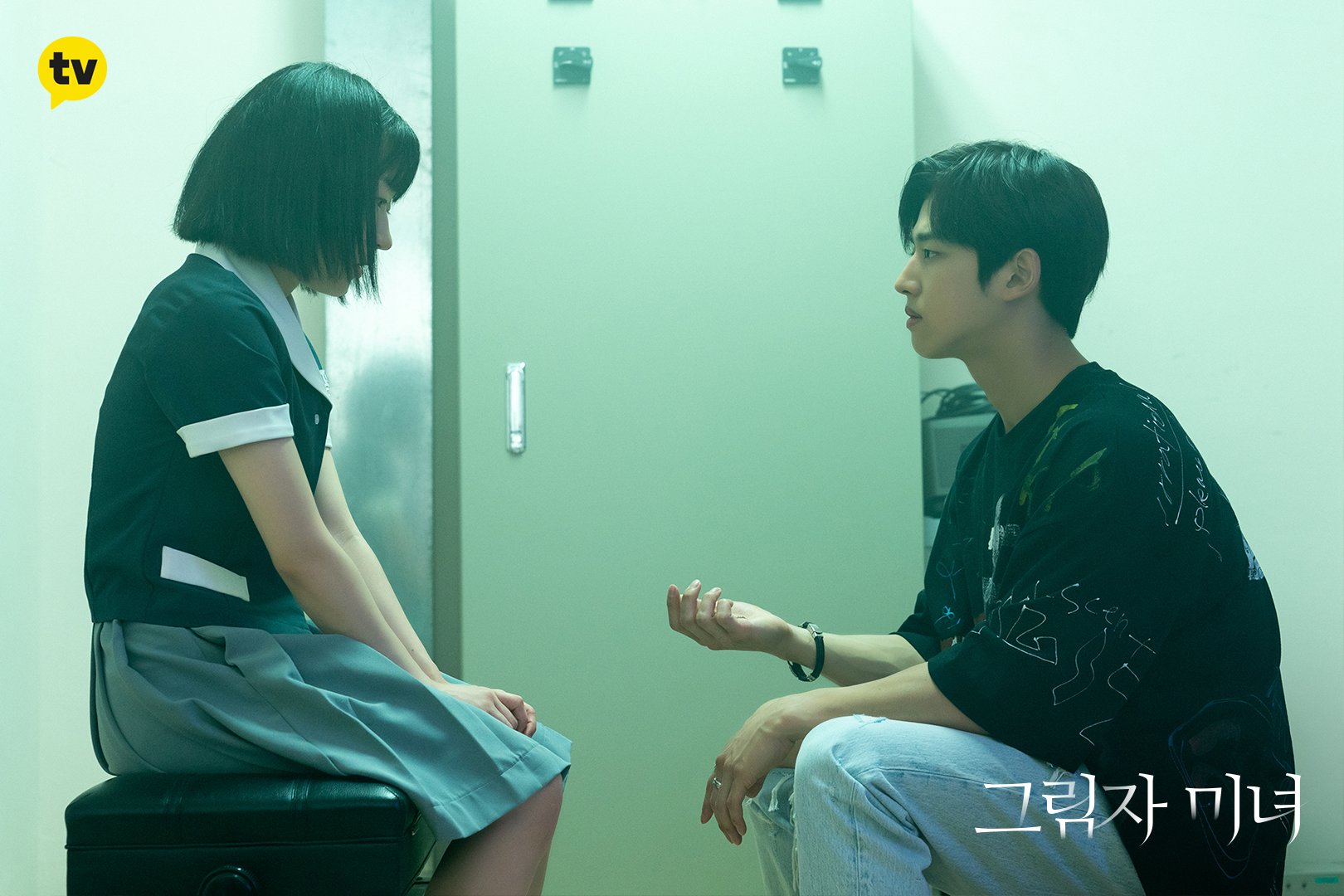 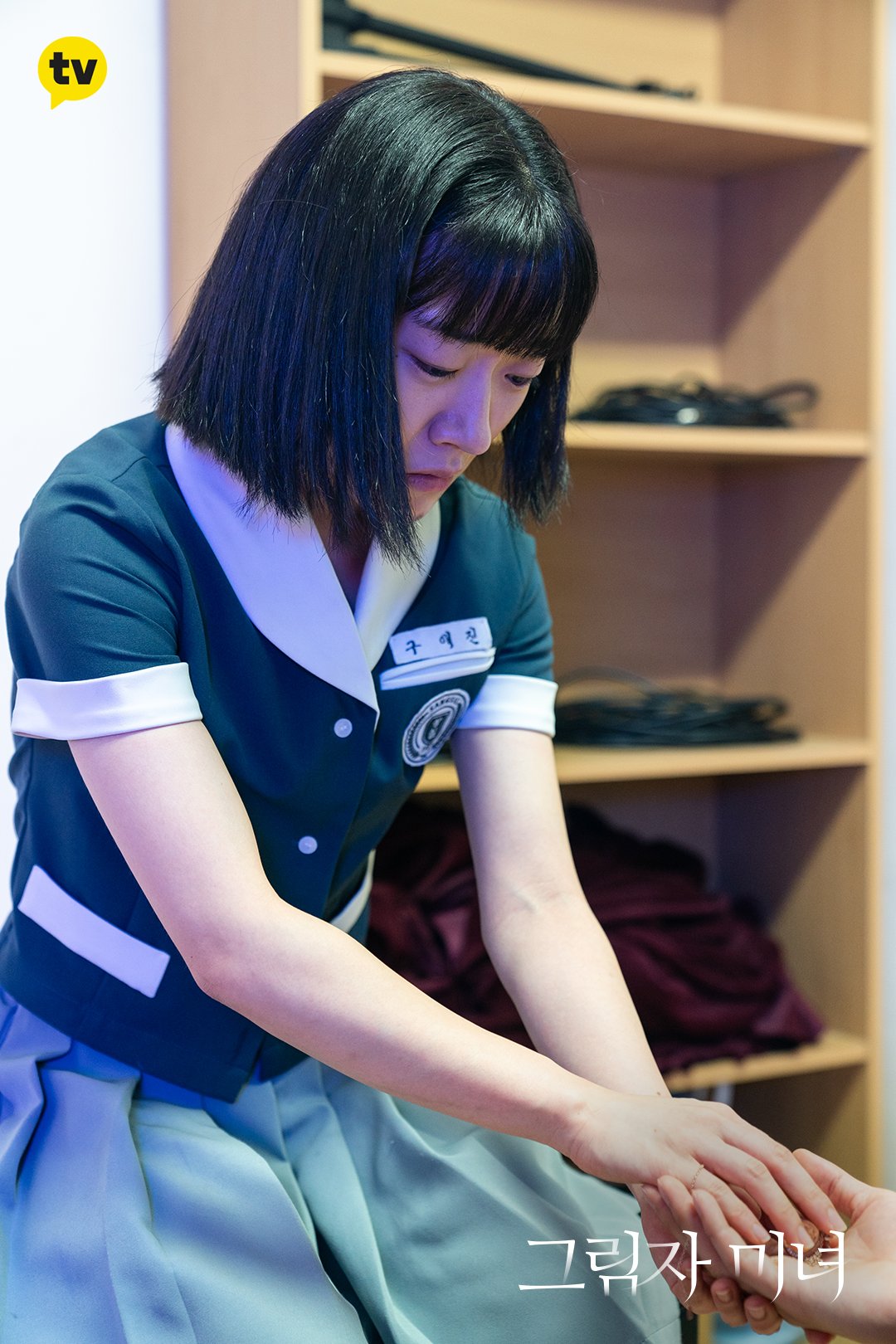 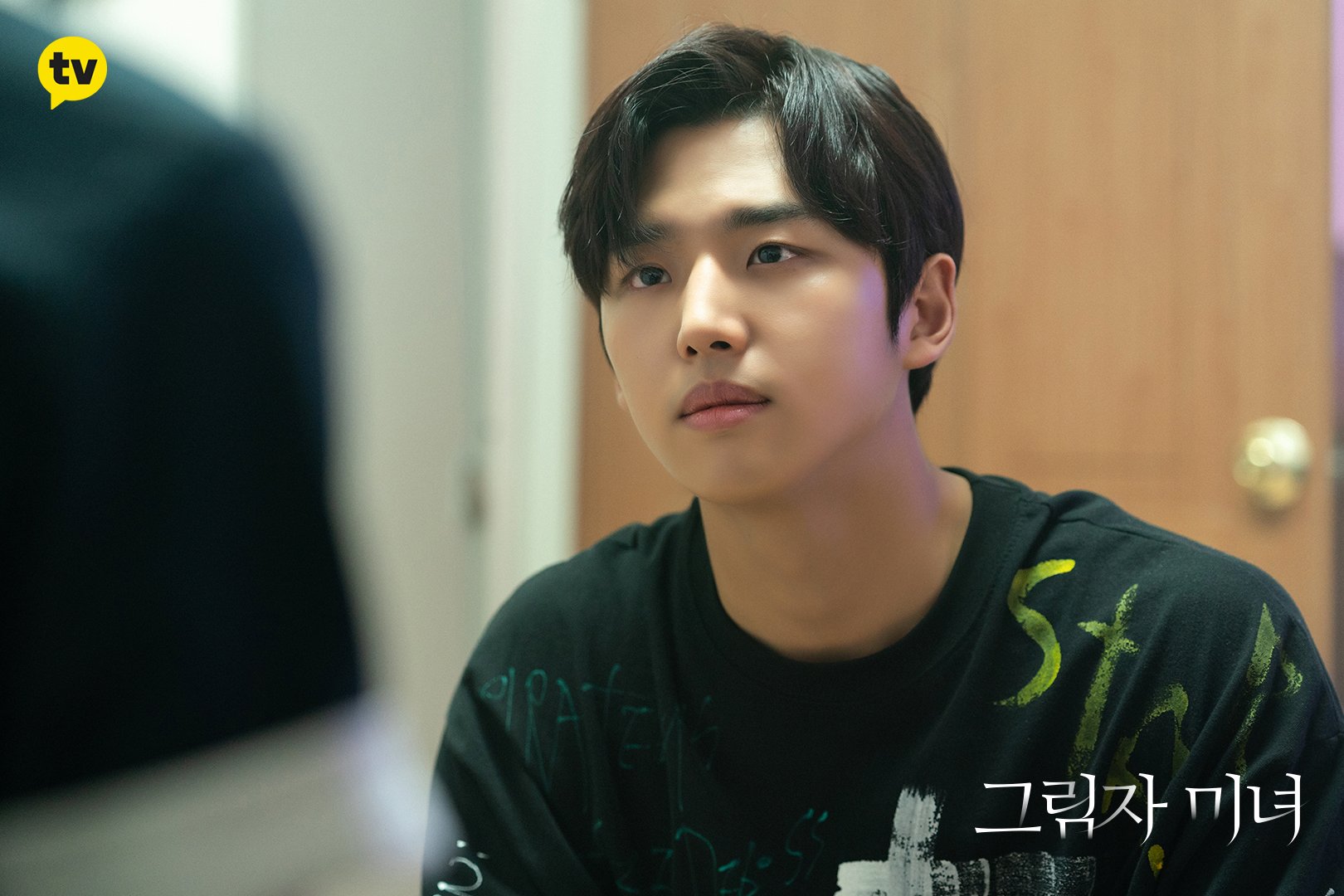 To find out what transpires between Lee Jin Sung and Goo Ae Jin—and the truth behind the video he sent to Genie all those months ago— tune in to the final episode of “Shadow Beauty” on December 29 at 8 p.m. KST!