The upcoming sequel to the hit film “The Pirates” released new stills of EXO’s Sehun and Chae Soo Bin!

“The Pirates: Goblin Flag,” the long-awaited sequel to the 2014 movie “The Pirates,” is a period action-adventure comedy about a group of fortune-seekers who take to the high seas searching for lost treasure.

Kang Ha Neul will star in the film as Woo Moo Chi, a bandit leader who claims to be the top swordsman in Goryeo, while Han Hyo Joo will star as the tough pirate captain and ship owner Hae Rang. Lee Kwang Soo will play Mak Yi, who dreams of becoming a pirate king, Sehun will play Han Goong, a talented archer, Chae Soo Bin will play Hae Geum, a natural con artist, and Kwon Sang Woo will play villain Boo Heung Soo, a rebel who also sets his sights on the lost treasure.

Sehun’s character Han Goong has a taciturn personality and exceptional skills with a bow and arrow. He appears suddenly at every crucial moment to protect the pirate crew and aid them on their journey to find treasure. Han Goong is a reliable figure who is more faithful to Hae Rang than anyone else. 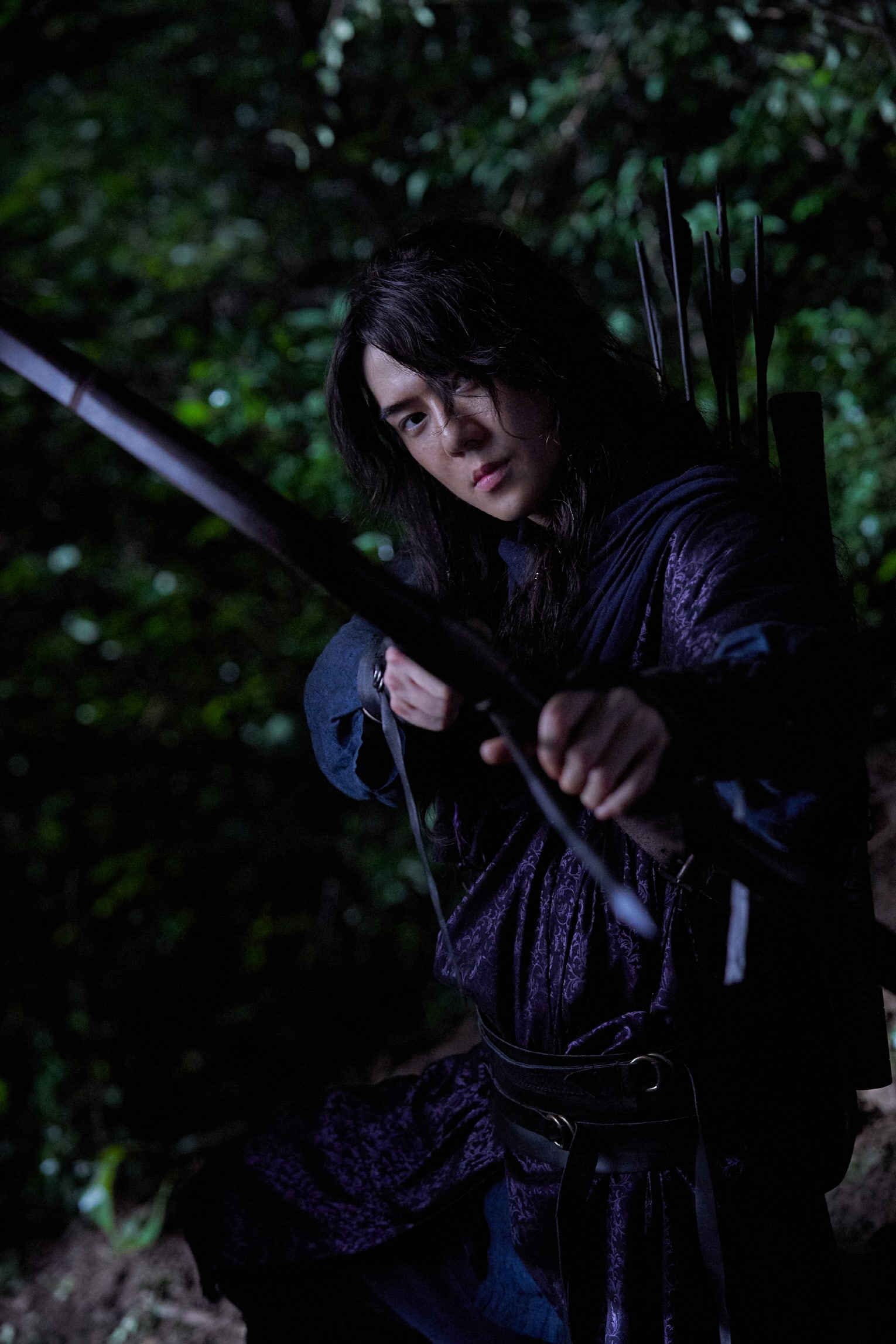 Through training, Sehun was able to master the difficult action scenes with archery as well as sword fighting. In the stills, Sehun depicts Han Goong’s calm and reliable nature with his charismatic gaze.

Director Kim Jung Hoon commented, “Han Goong is a silent figure who uses his exceptional martial arts skills to protect Hae Rang, and he really fits the image that actor Sehun has.” 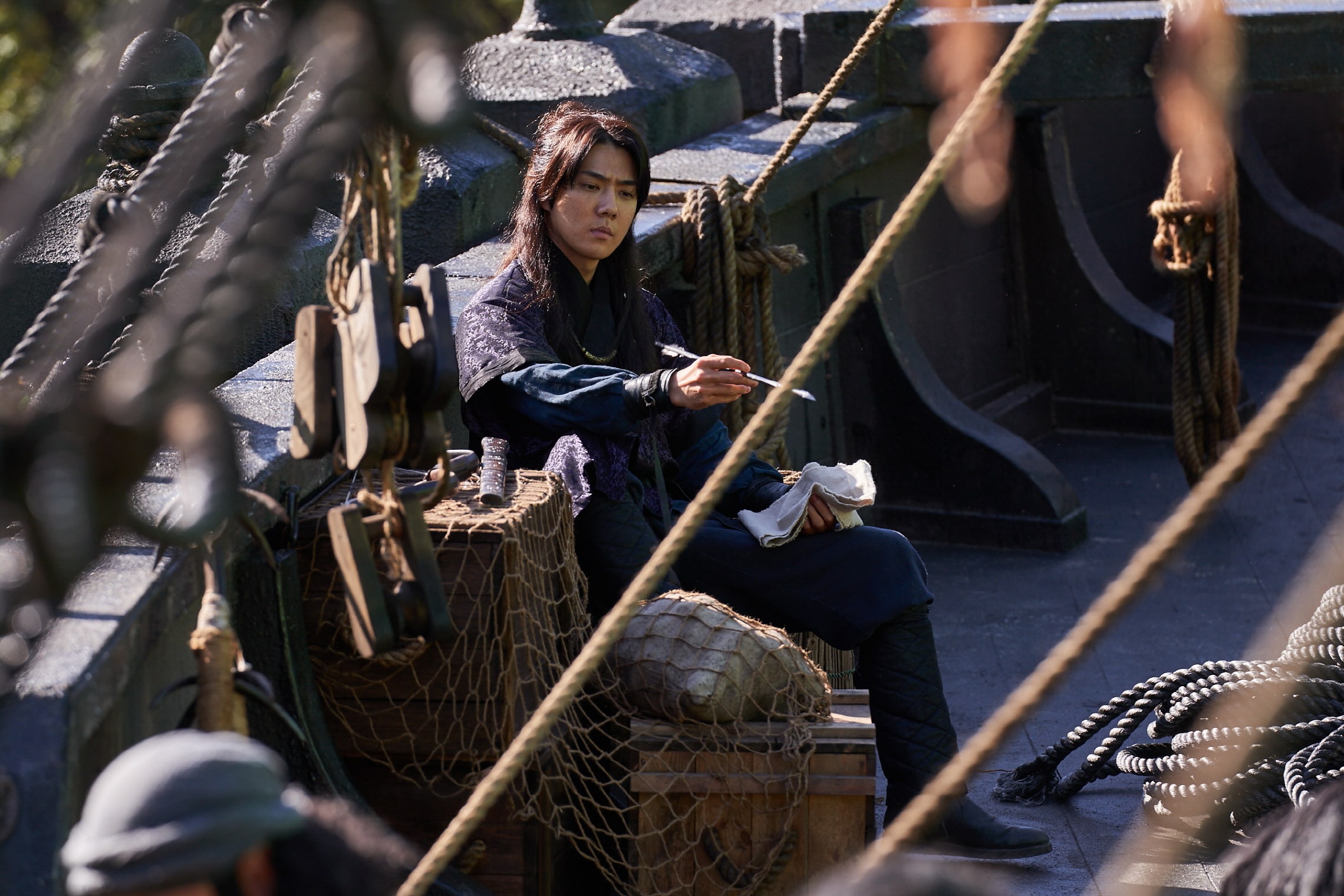 Having starred in projects including “Where Stars Land,” “A Piece of Your Mind,” and “Sweet & Sour,” Chae Soo Bin will widen her acting spectrum by transforming into con artist Hae Geum, who joins Hae Rang’s pirate crew following an unintentional accident. Hae Geum is a born swindler, using her silver tongue and flashy personality to make people open up their wallets. 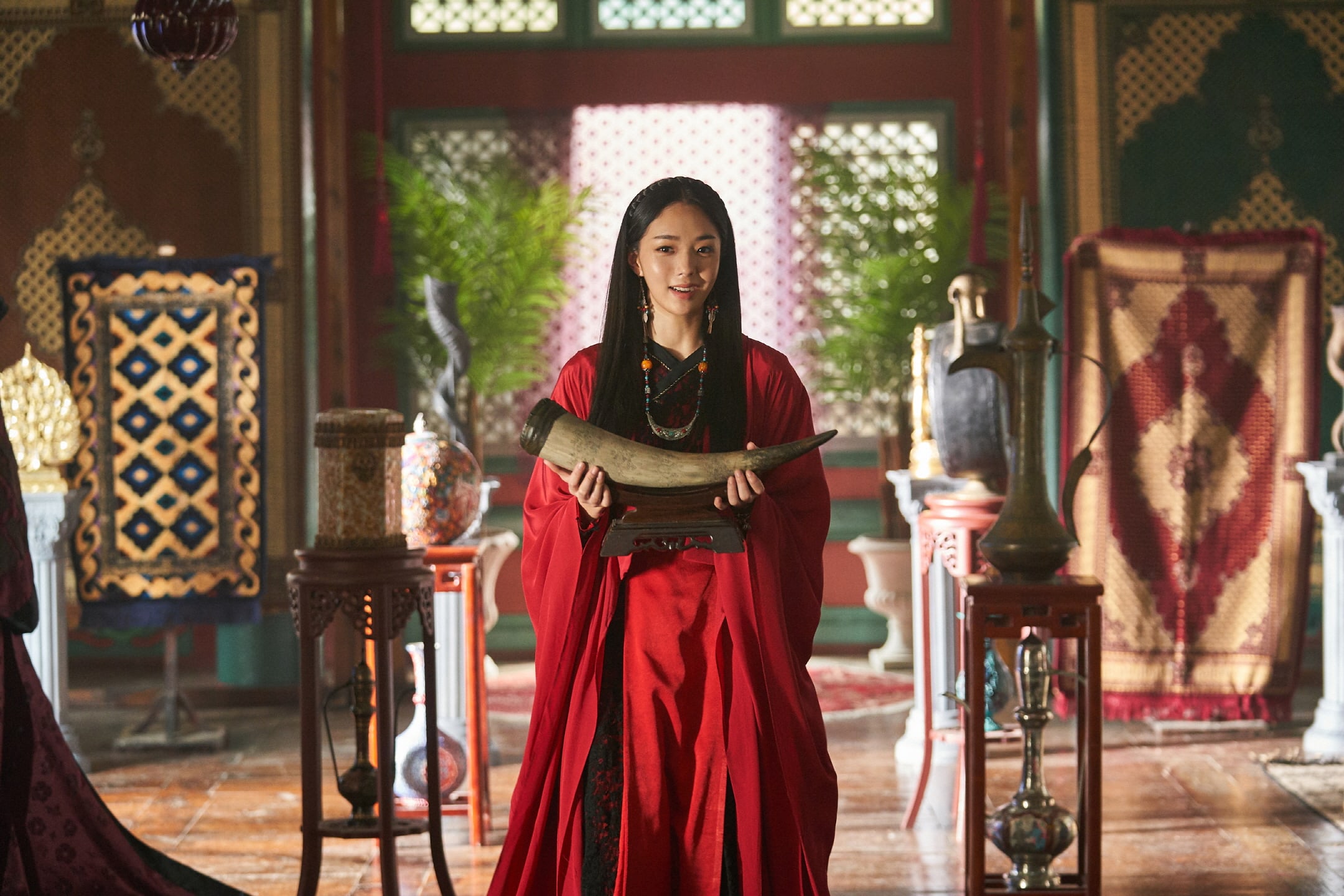 Chae Soo Bin will use diverse expressions and outfits to portray the comical yet refreshing elements of her character while also showcasing adorable chemistry with Sehun’s character Han Goong in the process. Director Kim Jung Hoon added, “Viewers will be able to feel the joy of discovering a new charm they have yet to see anywhere else before through actress Chae Soo Bin’s new transformation.” 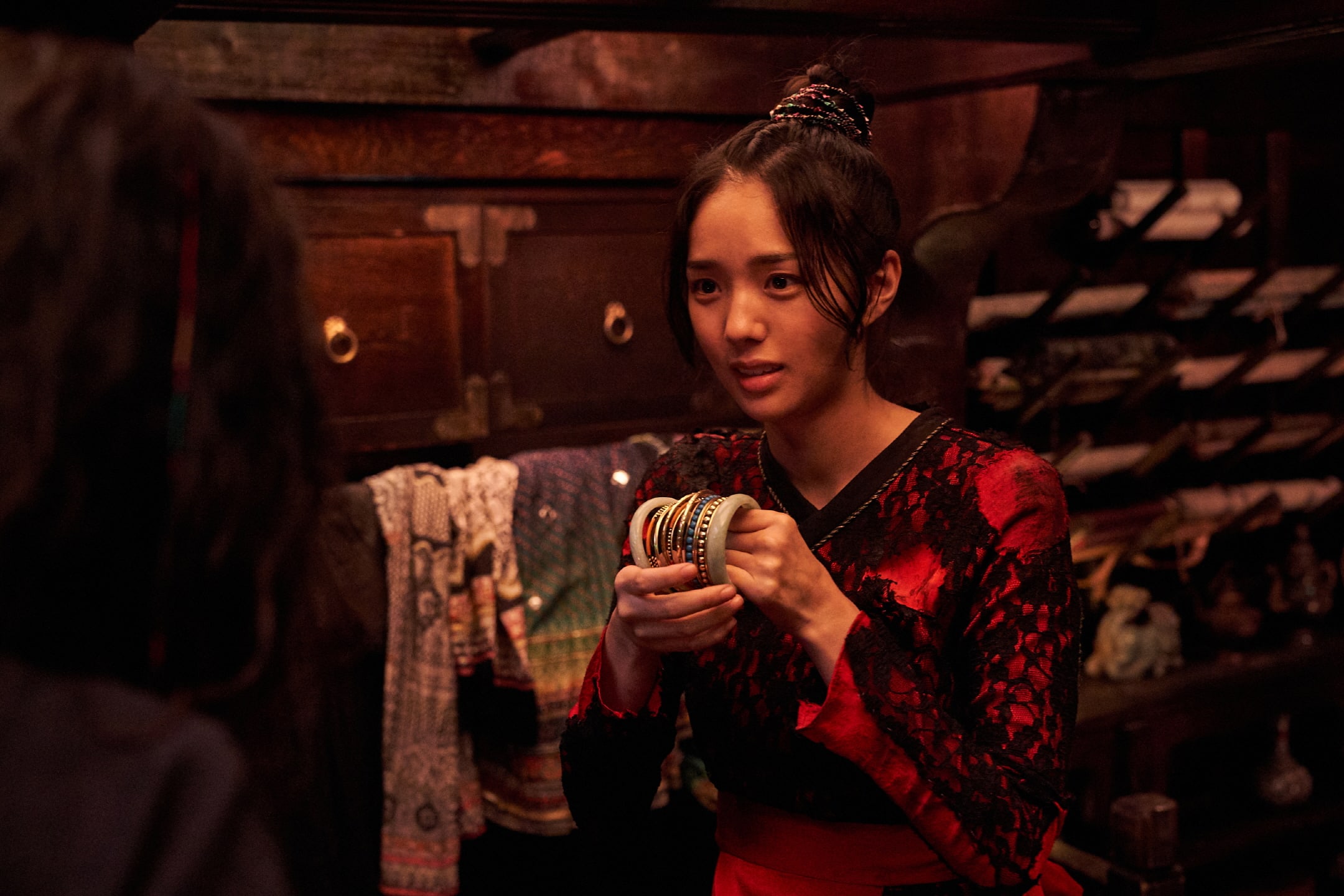 “The Pirates: Goblin Flag” will be released in 2022 over the Lunar New Year holiday. Check out a trailer here!

While waiting, watch the original “The Pirates” film with subtitles:

Also catch Sehun in his current drama “Now We Are Breaking Up” below!

EXO
The Pirates
Chae Soo Bin
Sehun
How does this article make you feel?