Gong Yoo Talks About Split Responses To “The Silent Sea,” His “Squid Game” Appearance, And More

Gong Yoo recently sat down with Sports Chosun to talk about his year.

In 2021, Gong Yoo made a brief but impactful appearance in the hit Netflix series “Squid Game,” and went on to star in his own Netflix series, “The Silent Sea,” in December.

“The Silent Sea” was based on a short film directed by Choi Hang Yong, which had been critically acclaimed at the 2014 Mise-en-Scène Short Film Festival. Actor Jung Woo Sung was a producer of the movie and a key player in turning the short film into a series. Set in the future on a desolate Earth, it is about an investigative team sent to an abandoned lunar base for a secret mission. Bae Doona stars as the astrobiologist Song Ji Ahn, while Gong Yoo stars as the investigative’s team leader Han Yoon Jae.

“The Silent Sea” was highly anticipated due to its slick production visuals, its stellar cast, and the fact that it came after a string of high-budget Korean dramas that made it big on Netflix, such as “Squid Game,” “My Name,” and “Hellbound.” Although the show performed well on Netflix, ranking within the top seven around the world on the first day of its release, the viewers’ responses were split between praise and criticism.

Via an online interview with Sports Chosun on December 30, Gong Yoo said, “I watched it with a sense of satisfaction wiith the results. I didn’t have a specific desire to do a sci-fi genre, but I really did want to do a series that was in a specific genre. That’s when I came across ‘The Silent Sea,’ and it was sci-fi. I am very satisfied with how the drama came out.”

He continued, “When I received the script and started working on the drama, I knew that some people would love it and some people would hate it. Since it’s in the sci-fi genre, I expected that the split would be even more extreme. I thought there were many different perspectives that the drama could be approached from, whether it’s scientific or a historical investigation. Of course, there were parts that were lacking, and I know about the small amount of negative perspectives. But I think that we made the best choices we could within the reality and class that we could achieve. It’s not that we were amazing, but I think that we opened the door for potential development. I think that this is a meaningful first step for the specifically Korean space sci-fi genre. Personally, there are parts that I’m very satisfied with, and I think it was brilliant for a first step. Many people watch from different perspectives, but I think of those diverse perspectives as garnering more interest in the drama, so I’m grateful.” 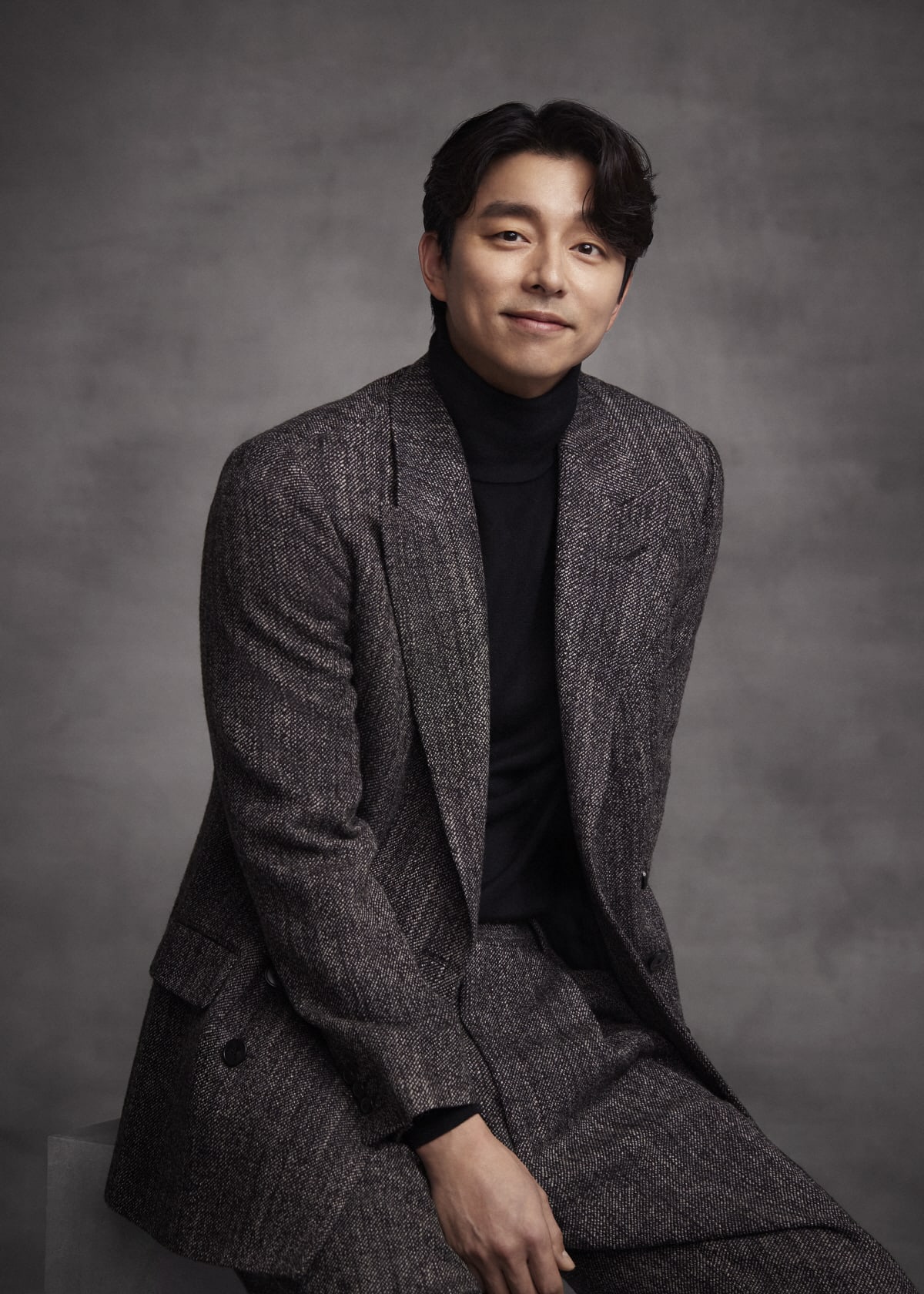 In recent years, Gong Yoo has moved away from typical romance dramas to thought-provoking projects like “Born 1982, Kim Ji Young” and now “The Silent Sea.” He said, “It’s not that I’m purposefully avoiding romance. That’s just how it became. Rather than looking at the size of the role when it comes to casting offers, I naturally gravitate toward projects where we can plan things out together. I don’t know if I’m greedy for these types of roles, but I think that I want to communicate with people. That’s why I acted according to my emotions and instincts. I want to say something to people, but rather than saying something like, ‘I’m this kind of person. I want to be this kind of person,’ I’m an actor, so I join projects that share that message with the audience. I’m not avoiding or gravitating toward a specific genre or anything like that.”

He shared how the environmental message of “The Silent Sea” impacted his daily life, saying, “When I shower in the winter, I turn on the water for a bit before stepping inside, but after this drama, I started turning off the taps more. I’ve heard fans tell me the same thing. I’m grateful for people who shared those stories with me.” 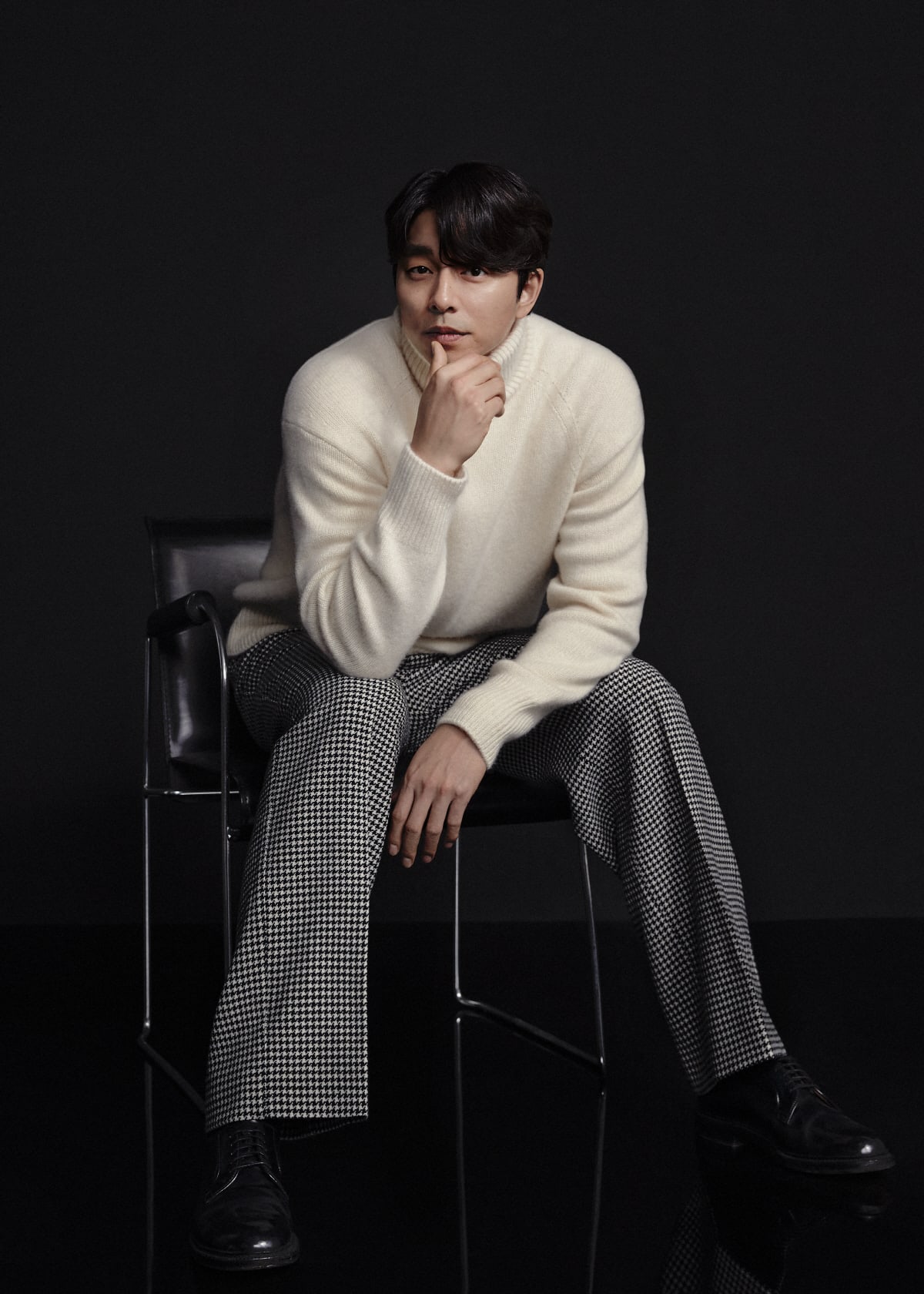 About his appearance in “Squid Game,” he said, “The two best things I did this year was making a cameo in ‘Squid Game’ when the director asked me to and appearing in ‘The Silent Sea.’ I think that those two things repaid me the most this year. I can’t go abroad due to COVID-19 and can’t meet with fans directly in person, but I can feel the responses from fans in countries all over the world on Instagram.”

He continued, “This is the 20th year of my career, and the most decisive factor in me opening an Instagram account was my foreign fans. Each country has an association of foreign fans, and they always set up an event like billboards on buildings and in subway stations for my birthday. They’re always giving me gifts like that, but I had no way to communicate with them back. I’ve been thinking about this for a long time, but on my 20th debut anniversary, I decided to make an account. Even though I’m just uploading photos, the fans really like it. It’s a new world for me, but I see the talk about me in various languages, and realize that’s what Netflix series like ‘Squid Game’ and ‘The Silent Sea’ gave me. I recently uploaded a photo of a squid I caught while fishing, and there were people who started to worry about my Instagram. They told me, ‘Don’t use Instagram like that.'”

Gong Yoo
The Silent Sea
Squid Game
How does this article make you feel?