In one of the behind-the-scenes stills, Kang Ha Neul and YoonA discuss the details of their next scene together. Kang Ha Neul plays the problematic guest Jae Yong who decides on spending the last week of his life at Hotel Emross, and YoonA plays hotelier Soo Yeon, who is in charge of his morning calls. 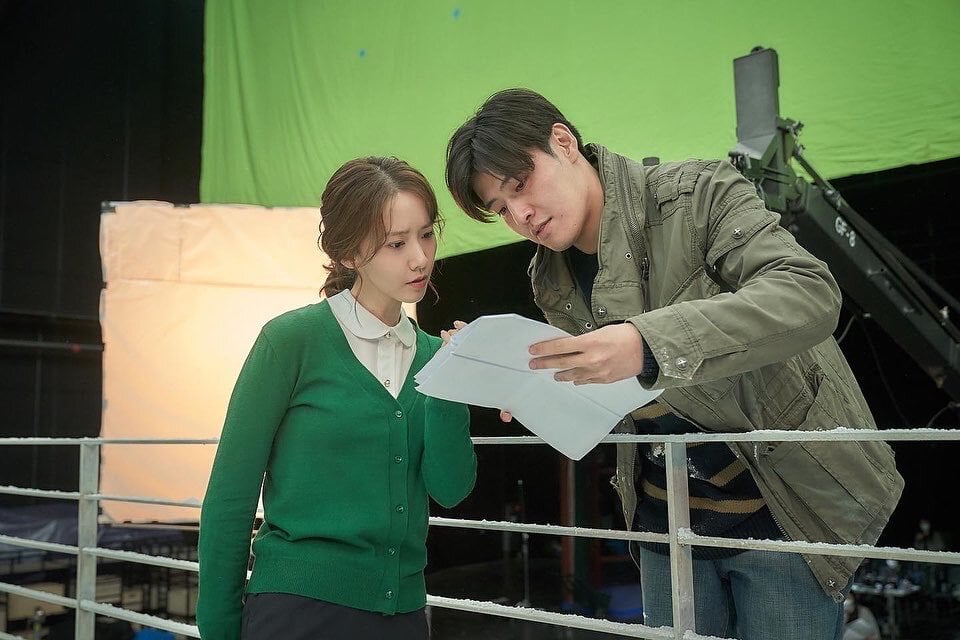 Lee Hye Young and Go Sung Hee reunite as mother and daughter again in “A Year-End Medley” after having starred in the drama “Mother” together. The two wear matching pink outfits and tightly hold hands together in the heartwarming photo. Overseas businesswoman Catherine (Lee Hye Young) has returned to Korea for the wedding of her daughter Young Joo (Go Sung Hee), who is also a successful jazz pianist. Lee Hye Young portrays romance in the later years of life while Go Sung Hee is engaged to Seung Hyo (Kim Young Kwang). 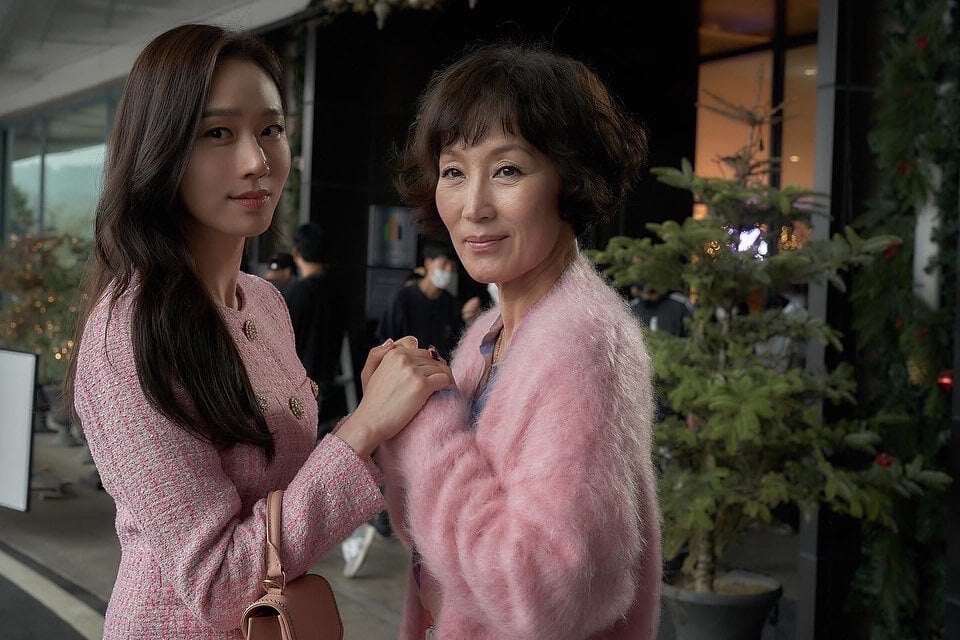 Jo Joon Young plays Se Jik, a student who gets swept up in a confession challenge by his three friends. The four of them pose with Won Ji An, who takes on the role of the school’s queen bee Ah Young. Together, the young actors highlight the cheerful and nostalgic memories of high school. 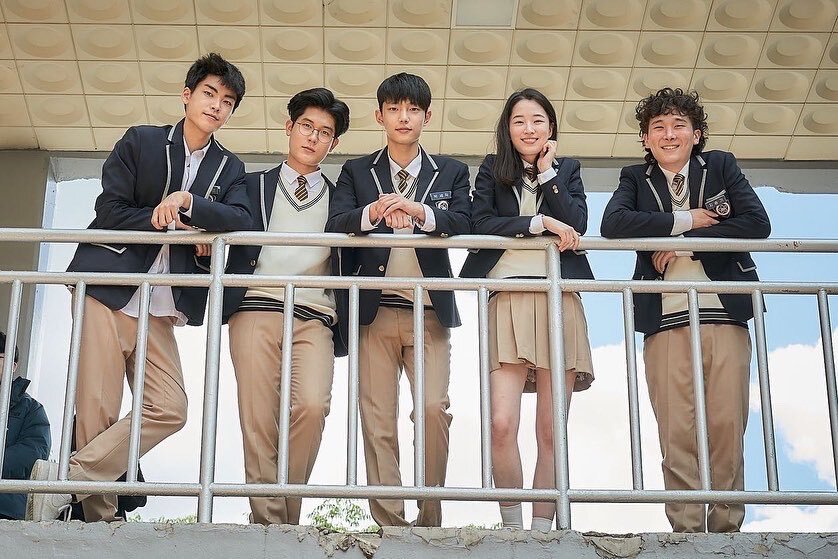 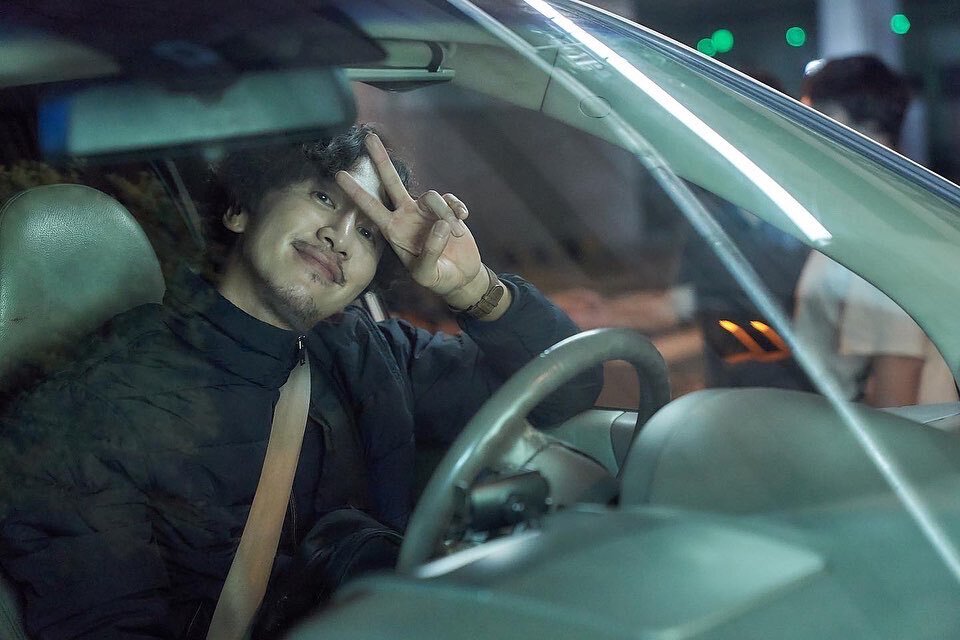 As the role of the hotel manager So Jin, Han Ji Min showcases great chemistry with Kim Young Kwang, who plays her male friend Seung Hyo, and Lee Jin Wook, who plays Jin Ho, the man who comes to Hotel Emross every Saturday to meet with prospective marriage partners. Along with a photo conveying Han Ji Min’s tight relationship with director Kwak Jae Yong, the behind-the-scenes stills highlight the cheerful atmosphere on set and the intriguing chemistry between the cast members. 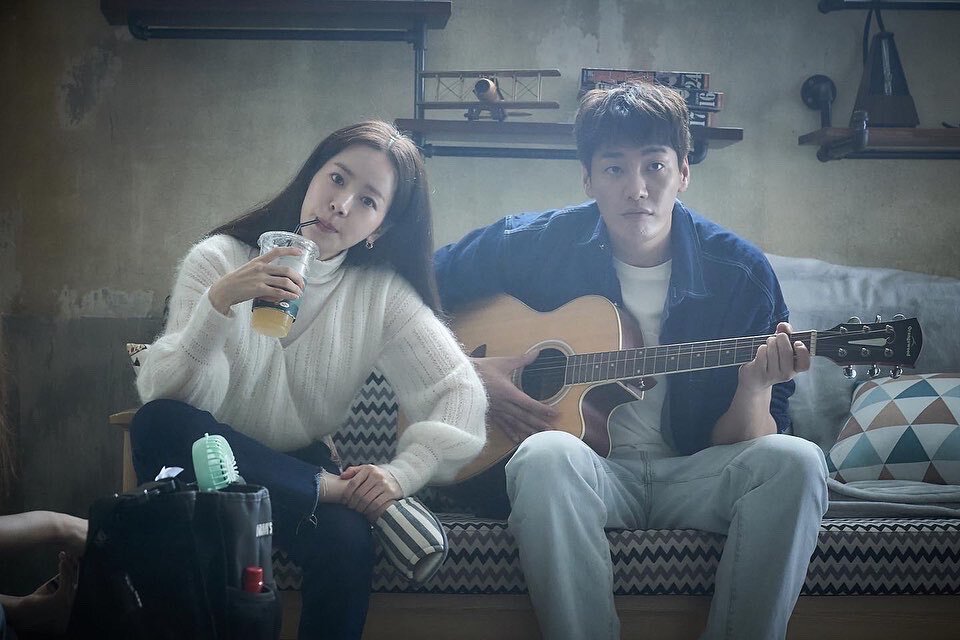 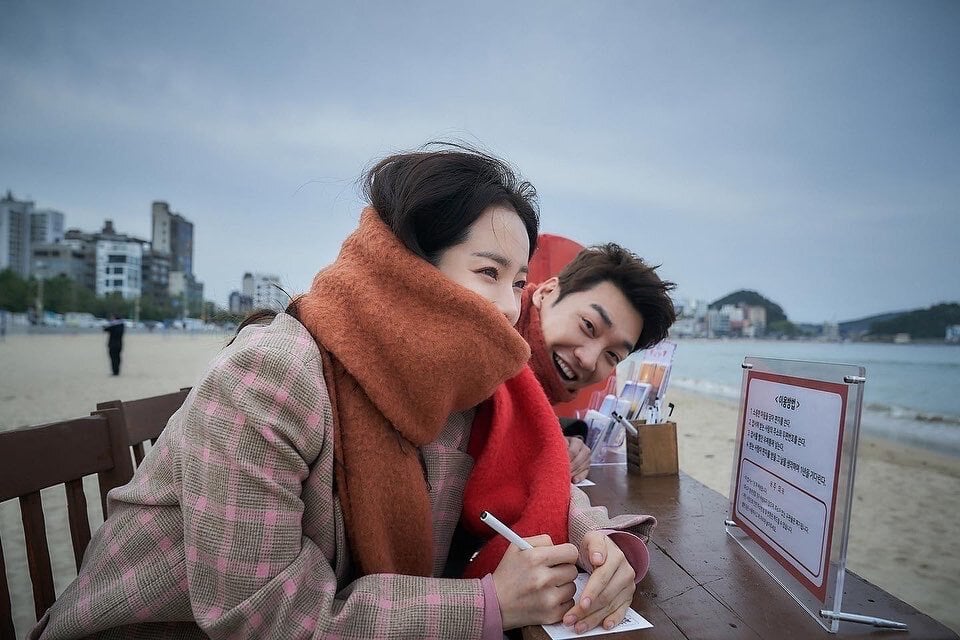 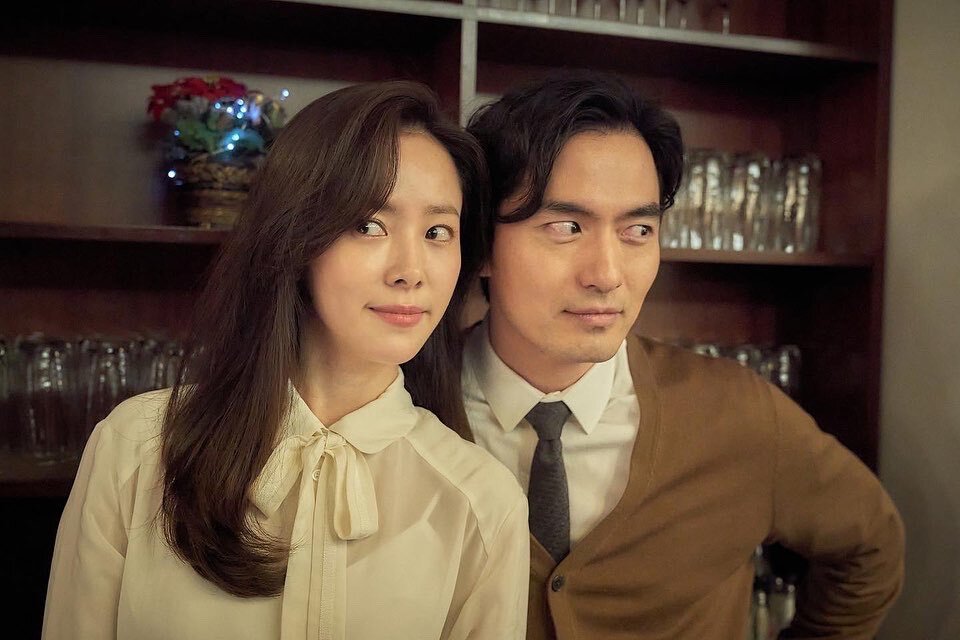 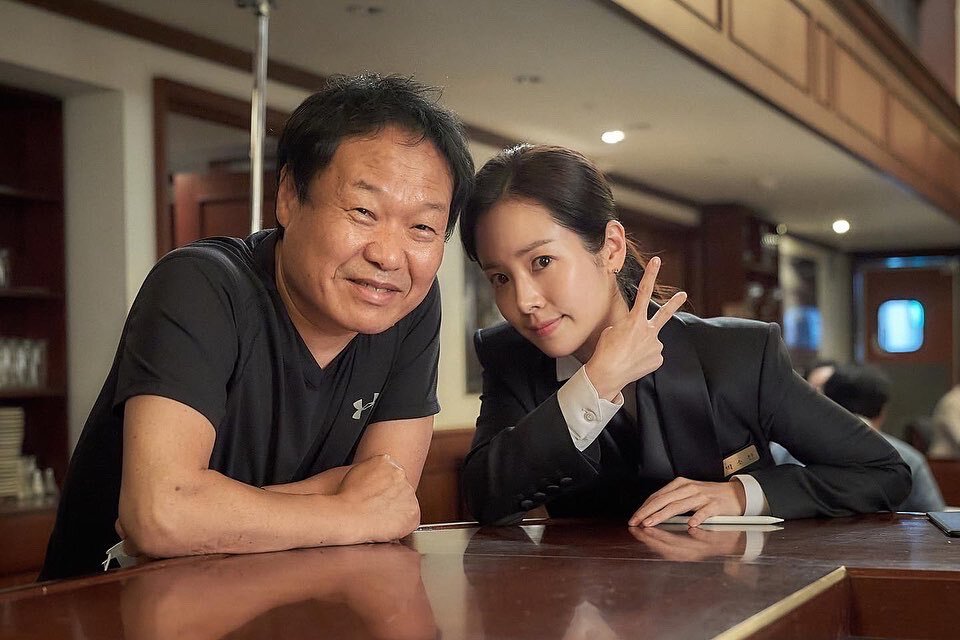 “A Year-End Medley” premiered on December 29 in theaters and through TVING. Watch the trailer here!