The new posters reveal the different characteristics of the characters with their MBTI personality types written on them.

Kang Daniel takes on the role of Wi Seung Hyun, an honors freshman starting out at the Korean National Police University. He admires his father, who is the Commissioner of the Gyeonggi Dongbu Police Agency. He sets out on following in his father’s footsteps but runs into hurdles as he gets involved with a woman named Go Eun Gang.

In the new poster, he is seem smiling with his MBTI marked as “ISTJ.” Wi Seung Hyun puts integrity as his utmost priority. He is also charismatic and has everyone’s trust as he overcomes his tough reality while trying to achieve his dreams at the police academy. Viewers can look forward to the journey he’s about to embark on while he follows his righteous instincts. 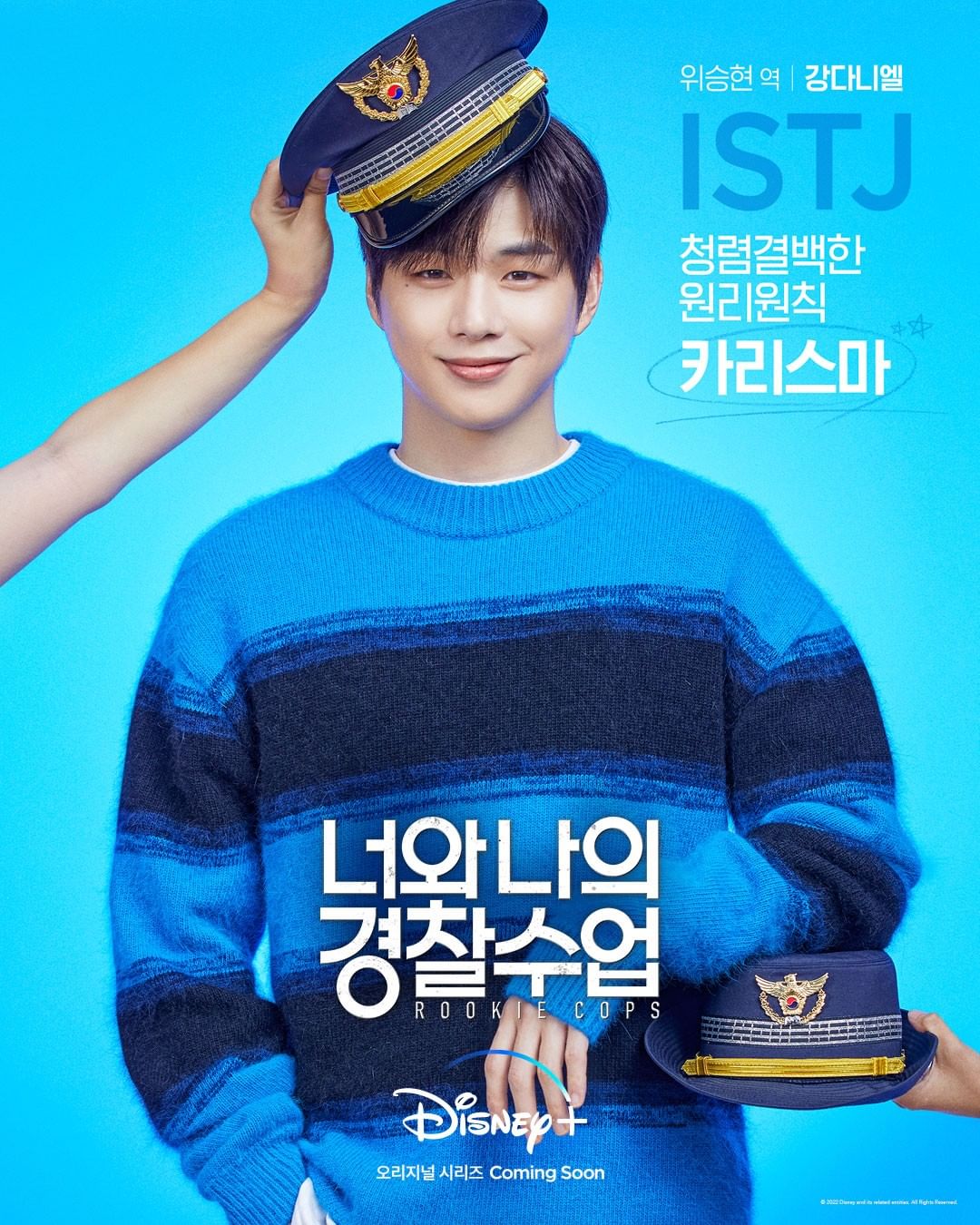 Overcoming her nearly crushed dreams of enrolling at the academy, she’s seen holding a whistle in the new poster with a curious look on her face. She is eager to learn and doesn’t look back when running towards her dreams. This makes her MBTI “ESFP.” She is energetic and loves to improvise. She comes face-to-face with her polar opposite, Wi Seung Hyun, while she enjoys the dynamic campus life. Go Eun Gang is a relatable person with a diverse set of emotions. 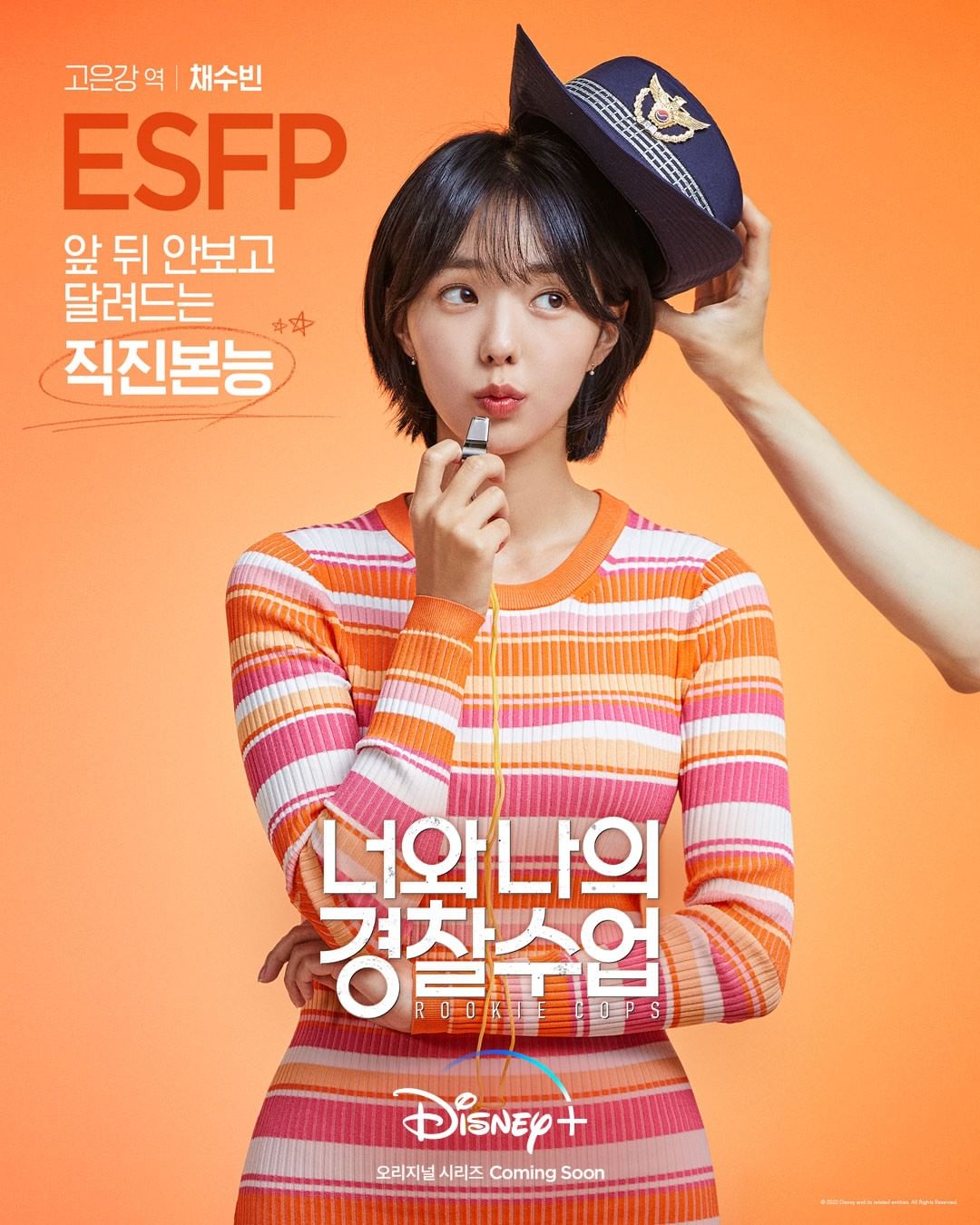 Lee Shin Young will be playing Kim Tak, a former teenage national judo athlete who becomes a freshman at the police university. He was always used to being alone, but Wi Seung Hyun becomes his one true friend. In the new poster, he is seen with the police academy sports bag over his shoulder. His MBTI is “ISFP.” 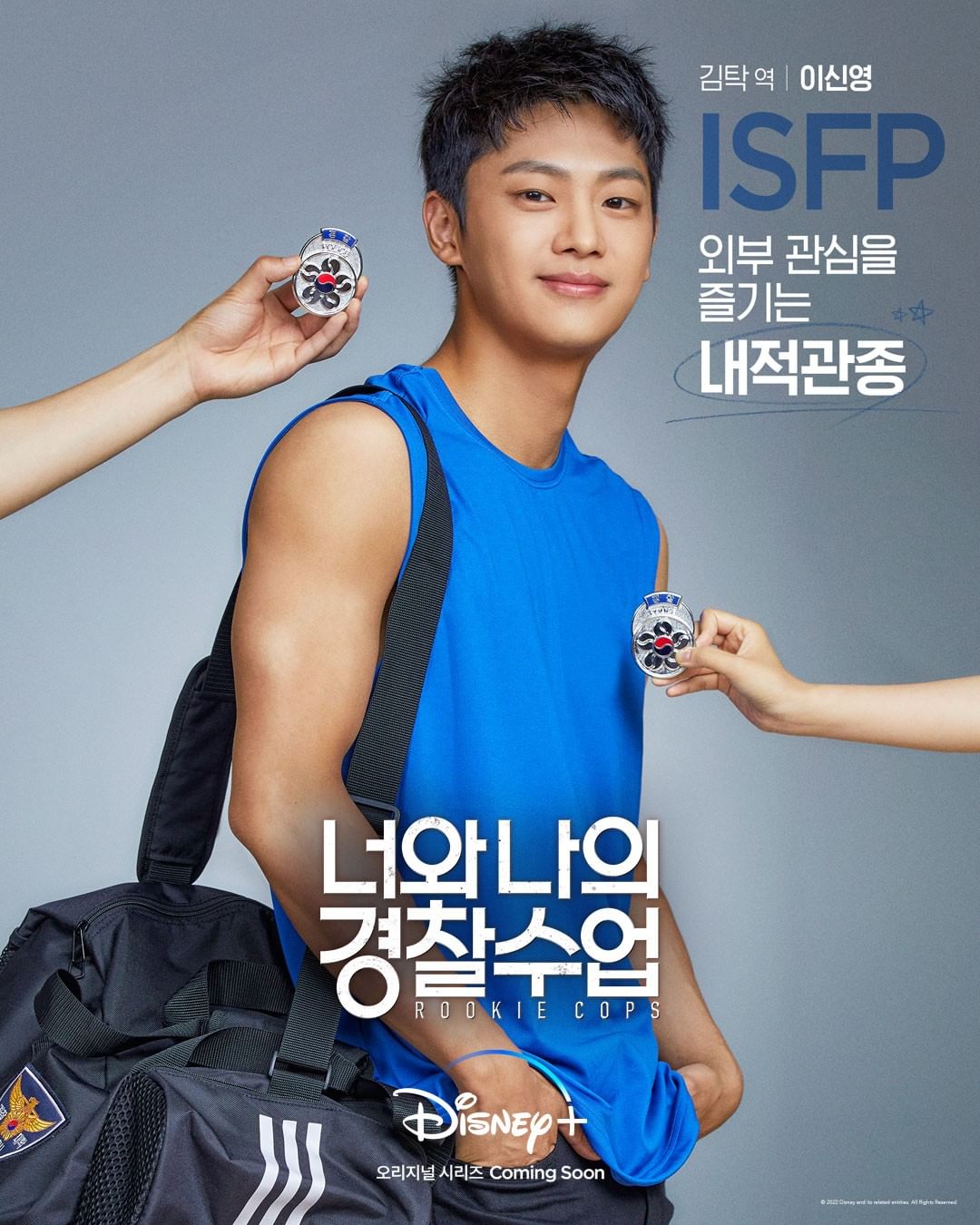 Park Yoo Na will take on the role of Ki Han Na, a relentless freshman that never lets go of the number one spot. Her character will add a level of tension because of conflicts that arise from her individualistic nature clashing with the team-centered culture of the university. She is chic and somewhat similar to Kim Tak with her MBTI as “ISTP.” The two always thought that being alone was most comfortable for them. Viewers can look forward to see the changes they go through as they meet new friends at the police academy. 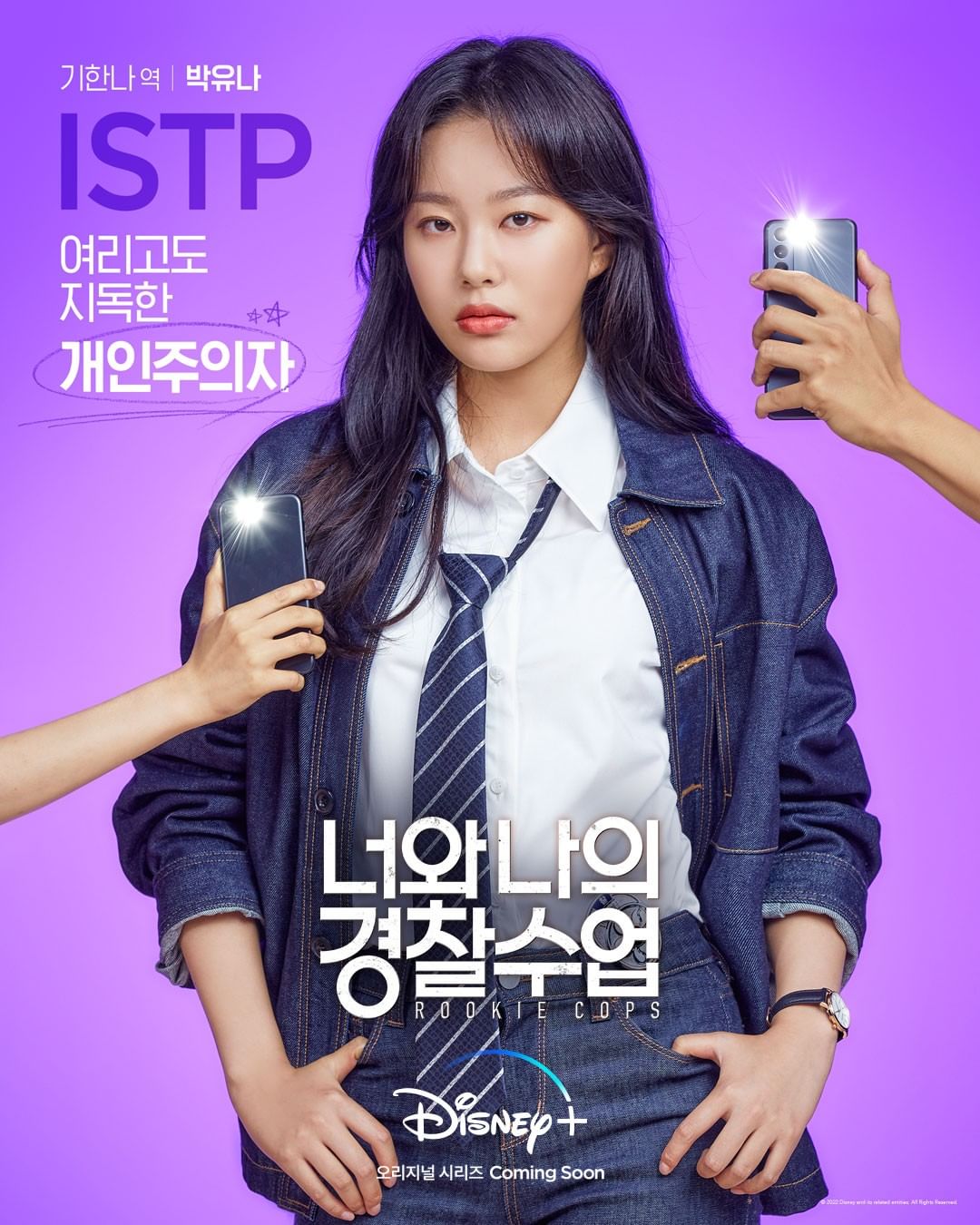 Park Sung Joon will be Yoo Dae Il, who is a fan of police-themed dramas. He makes friends easily and is seen holding a walkie-talkie that he saw in a drama he likes in the new poster. His MBTI is “ENFP.” 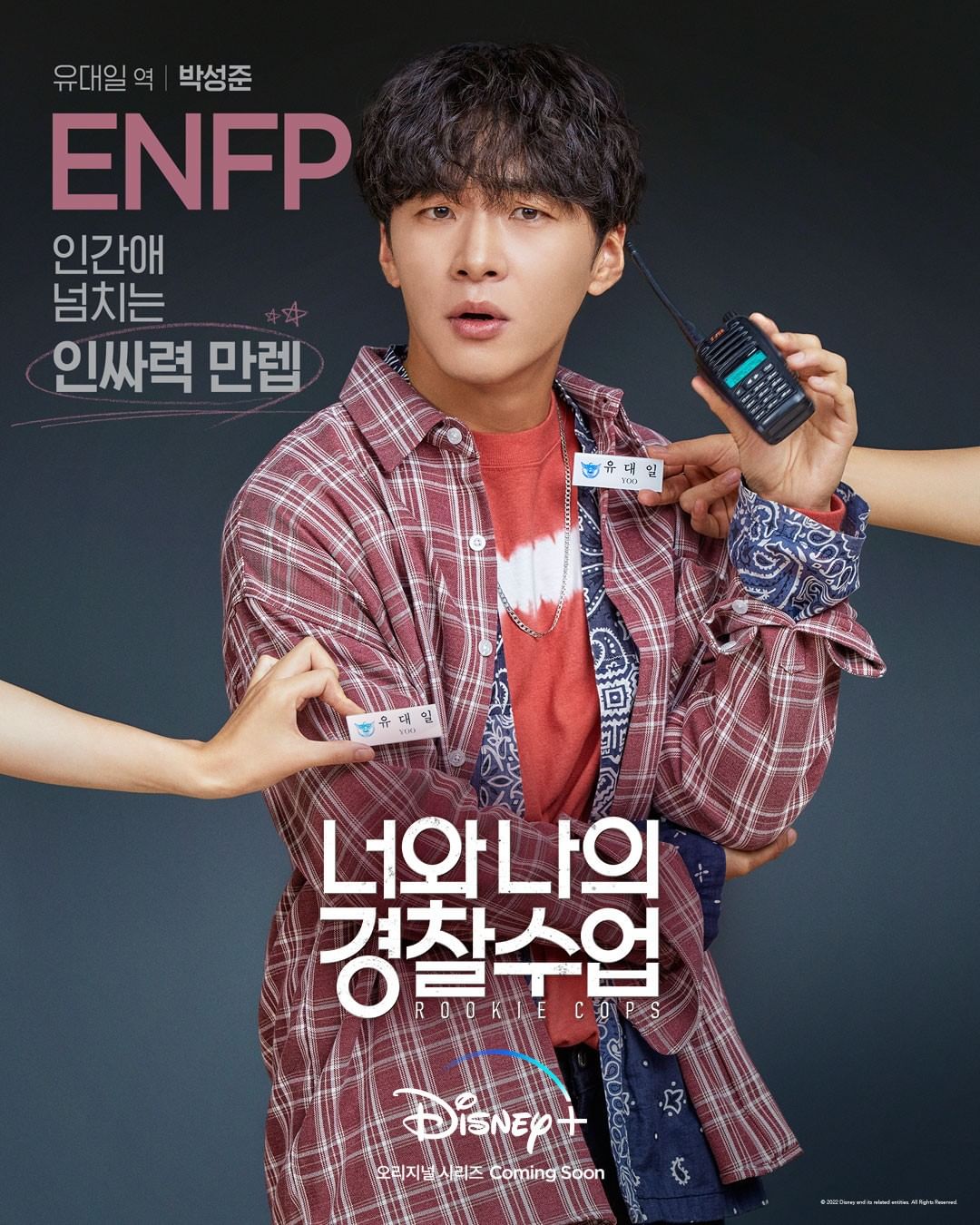 Min Dohee will be Woo Joo Young, who graduated from a science high school and dreams of becoming a forensic science technician. She is curious and is free-spirited with her MBTI as “INFJ.” 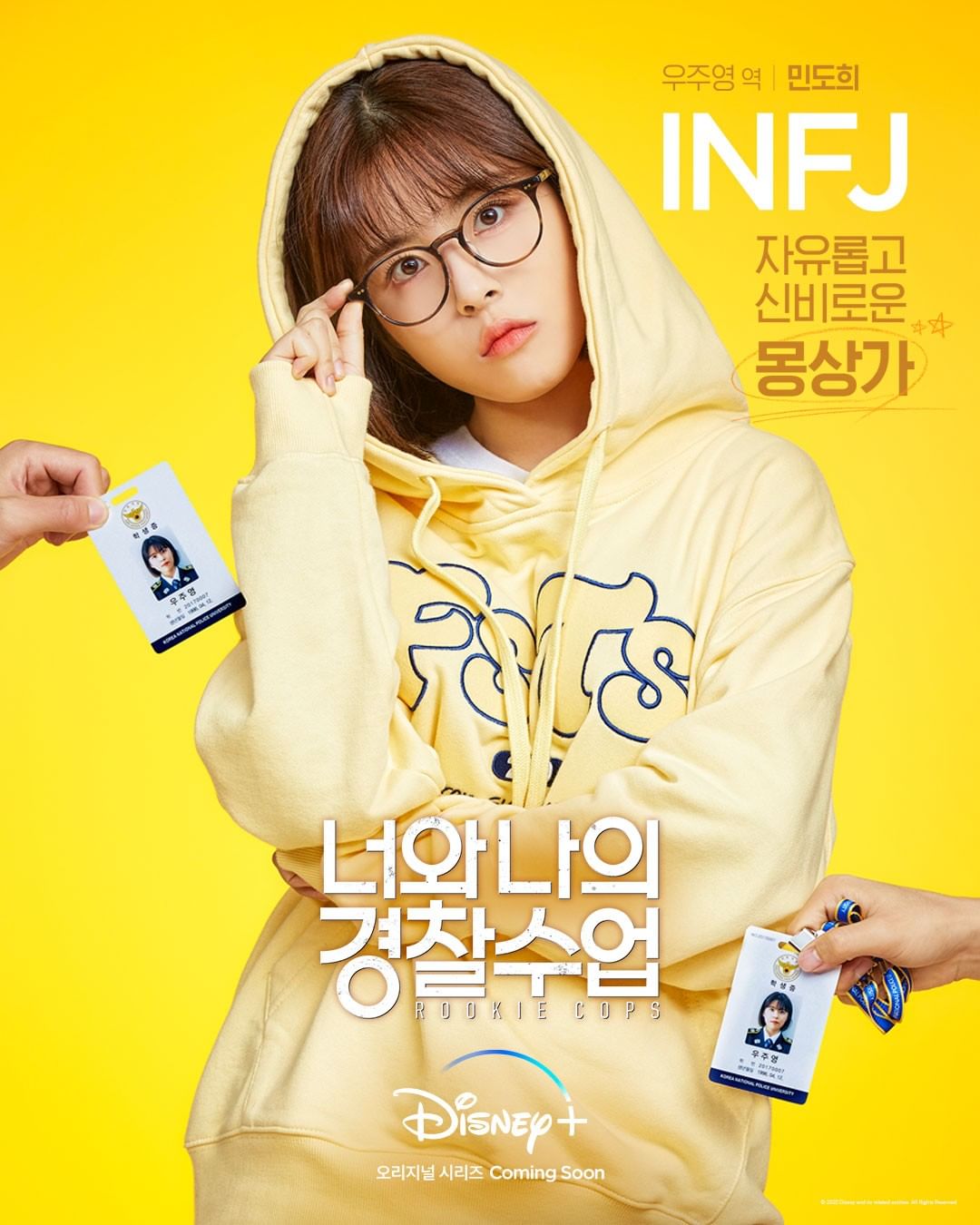 Actor Kim Woo Seok will play the freshman Seo Beom Joo, who likes to plan everything out perfectly and has unexpected dance skills. He likes to follow the rules and likes to plan things out. He is seen pointing at a planner, reflecting on his characteristics. His MBTI is “ESTJ.” 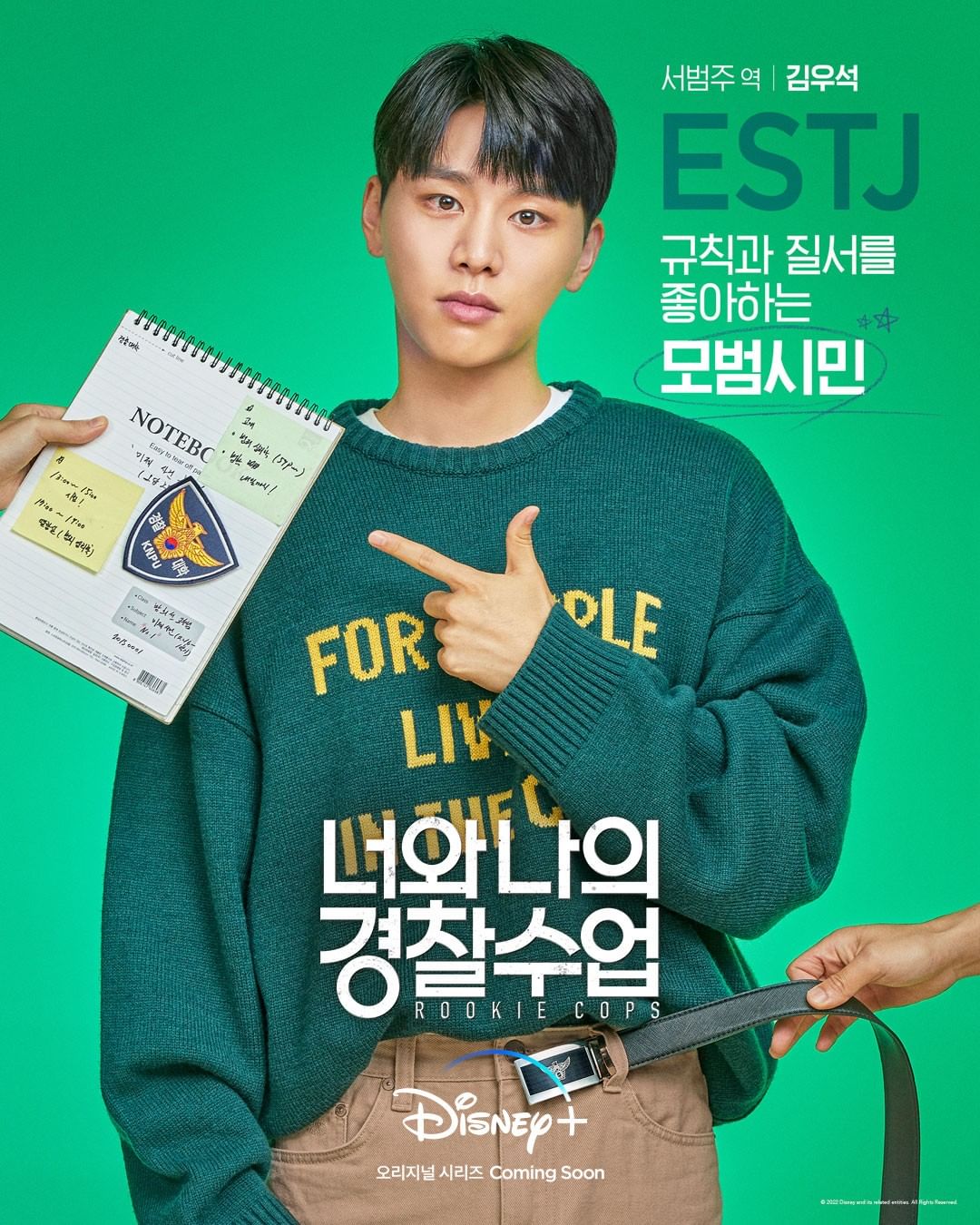 Cheon Young Min will be the ulzzang freshman Shin Ah Ri. She is seen holding a mirror, showing off her beauty. She acts a little like a kid and viewers can look forward to seeing how she gets along with the other chaotic students. Her MBTI is “INFP.” 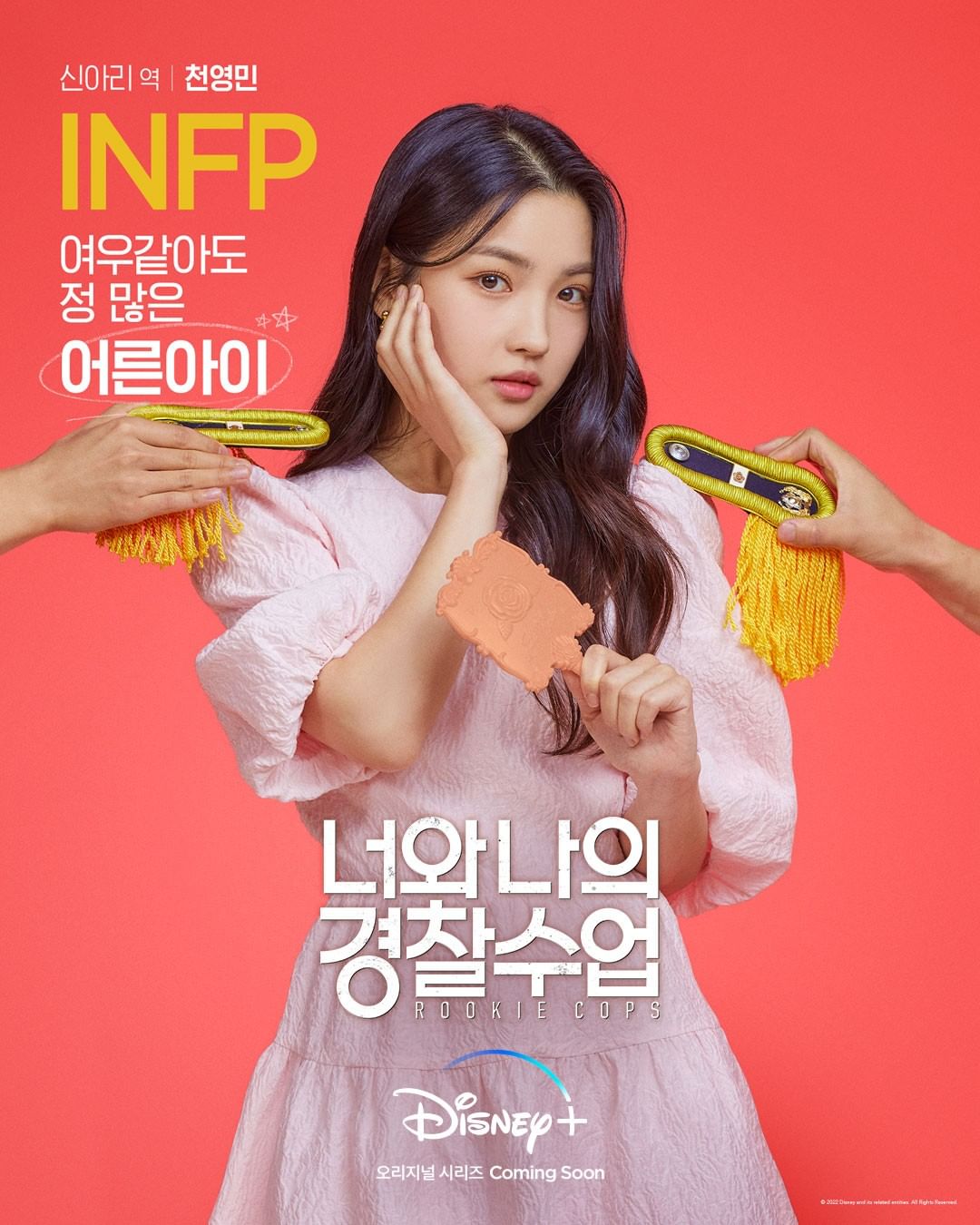 The production crew commented on the upcoming series, saying, “Not a day will go by without some sort of incident among these different students at the police academy. Viewers can look forward to seeing these eight individuals chasing their dreams in their own ways.”

“Rookie Cops” is set to premiere in the first half of 2022. Meanwhile, have a look at the teaser here!