Get ready for Rain and Kim Bum to forge an unusual alliance in tvN’s “Ghost Doctor”!

Helmed by “Heirs” director Boo Sung Chul, “Ghost Doctor” is a new fantasy medical drama about two doctors who could not be more different in terms of their backgrounds, skills, or personalities, but who end up combining bodies and spirits. Rain stars as genius thoracic surgeon Cha Young Min, while Kim Bum plays silver-spoon resident Go Seung Tak.

On the previous episode of “Ghost Doctor,” Cha Young Min finally realized that he had been mistaken in thinking that Go Seung Tak had interfered with Jang Kwang Duk (Lee Moon Soo)’s recovery. With that misunderstanding cleared up, Cha Young Min began to trust Go Seung Tak even more when the resident rushed to the hospital to save him from being transferred to another hospital by Han Seung Won (Tae In Ho).

The episode ended on a cliffhanger: after Cha Young Min’s spirit was knocked out of Go Seung Tak’s body by a passerby outside the hospital, he fell into danger of disappearing entirely. However, just when it seemed that his spirit was about to evaporate, Go Seung Tak unexpectedly revealed that he was aware that a spirit had been possessing him and reached out with one hand to find him.

In newly released stills from the drama’s next episode, the unique alliance between Go Seung Tak and Cha Young Min’s spirit will begin in earnest. As the grouchy Cha Young Min looks on disapprovingly, the free-spirited Go Seung Tak brightens up the emergency room with his usual charming smile, even with his hands alarmingly stained with blood. 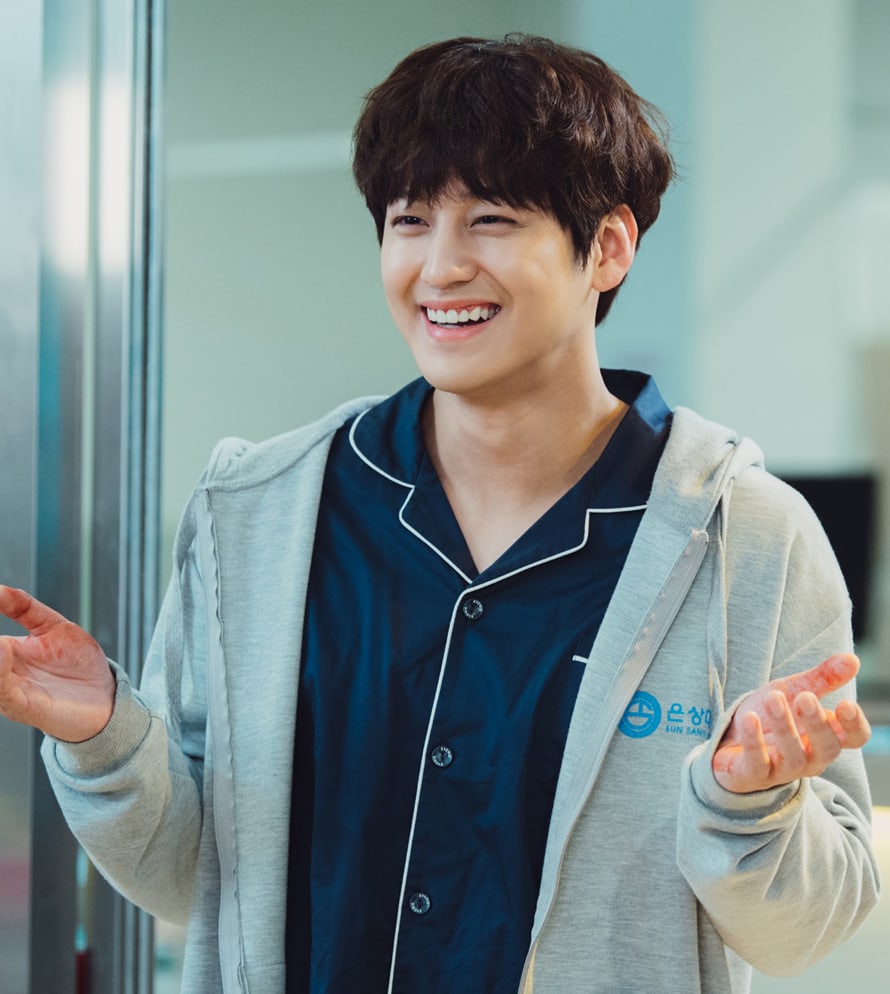 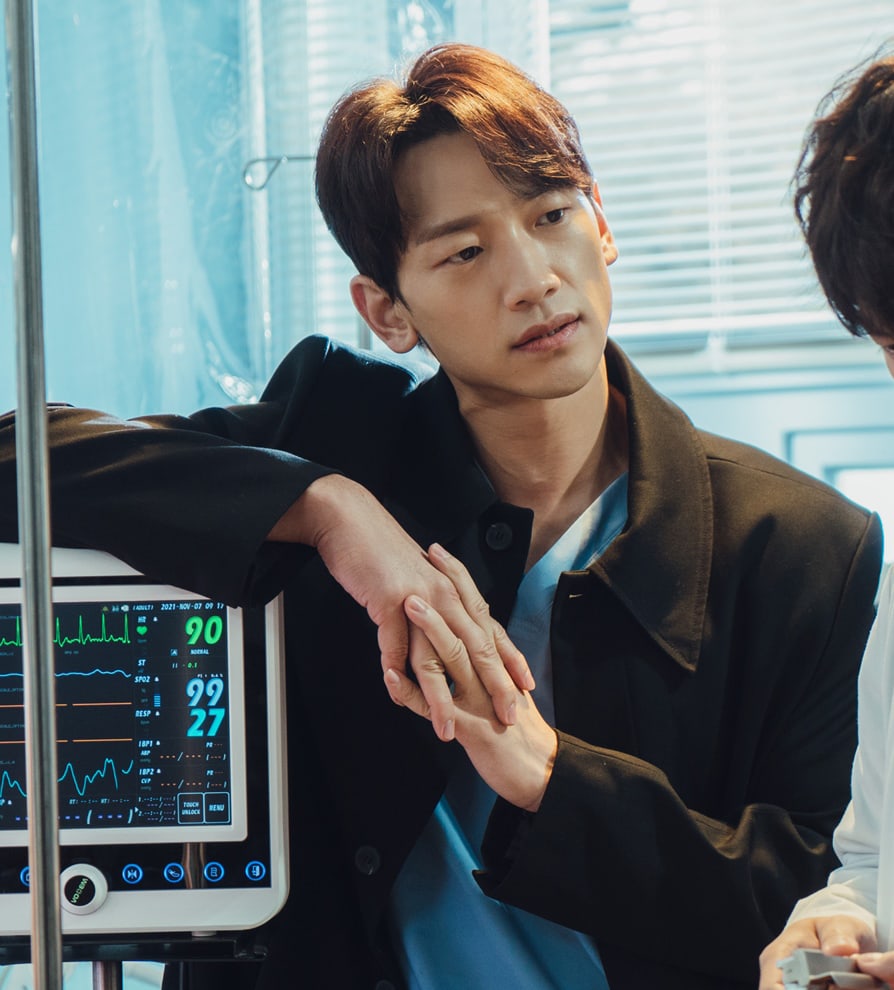 In another photo, Go Seung Tak appears to be moved by a patient’s passionate plea, suggesting that the resident—who typically keeps his emotions under wraps—may finally start to show some of the feelings he’s been hiding under his devil-may-care facade. 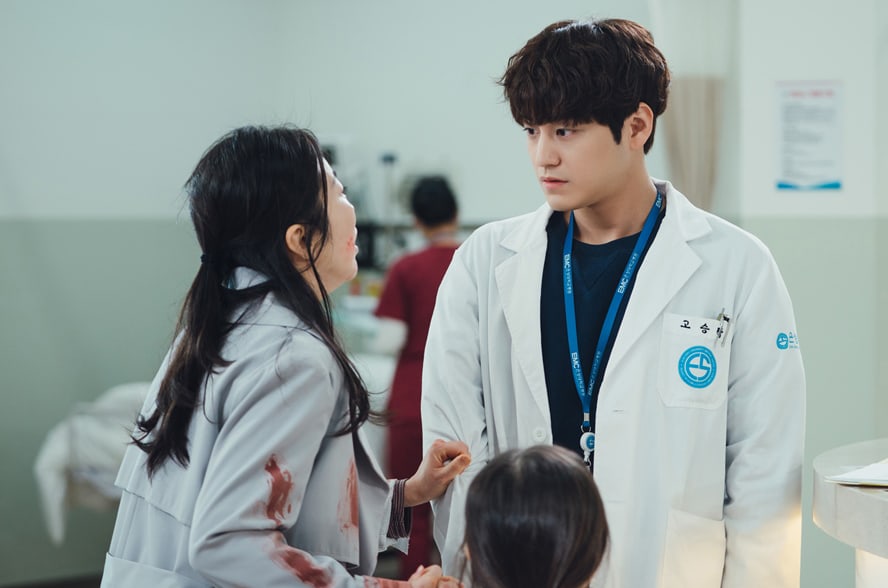 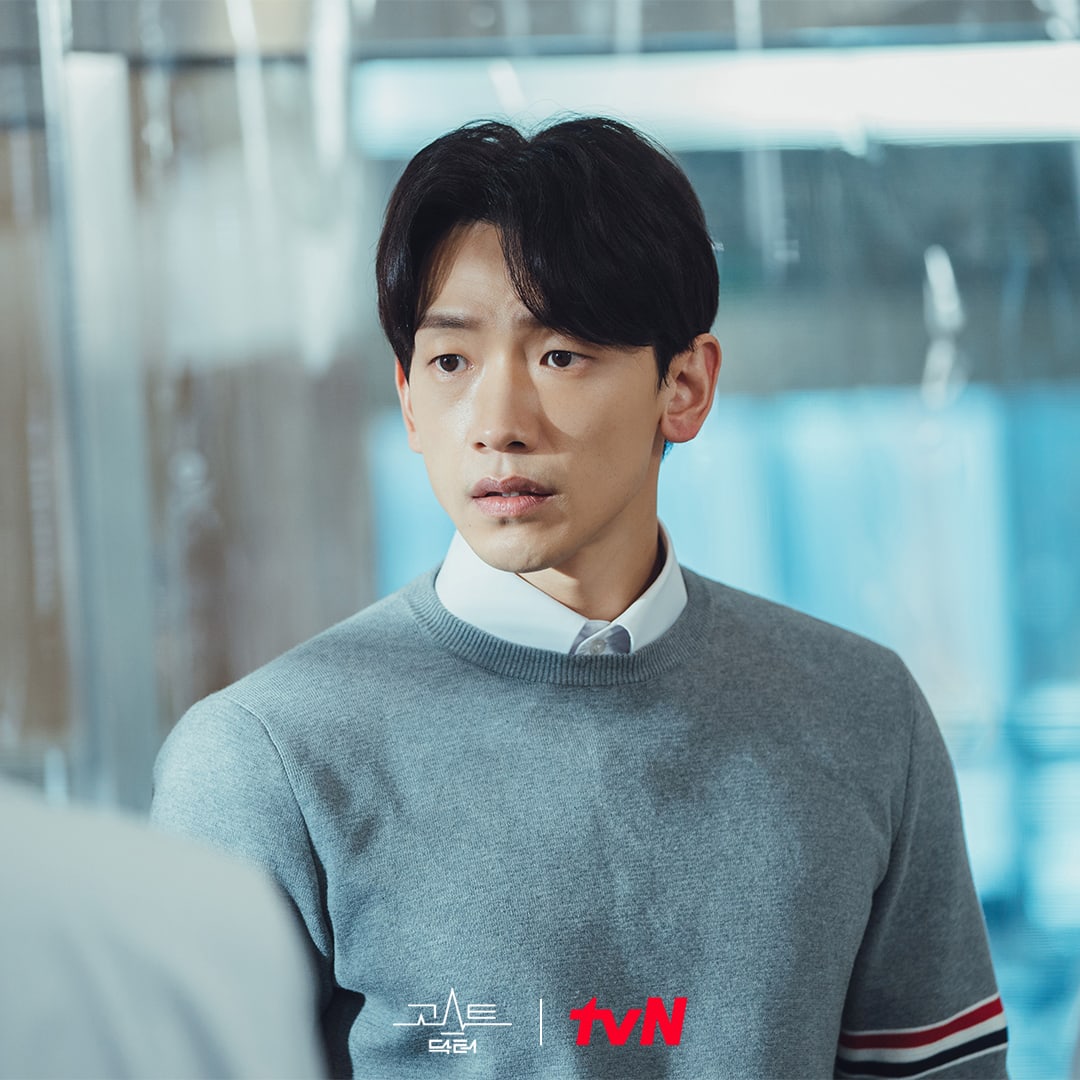 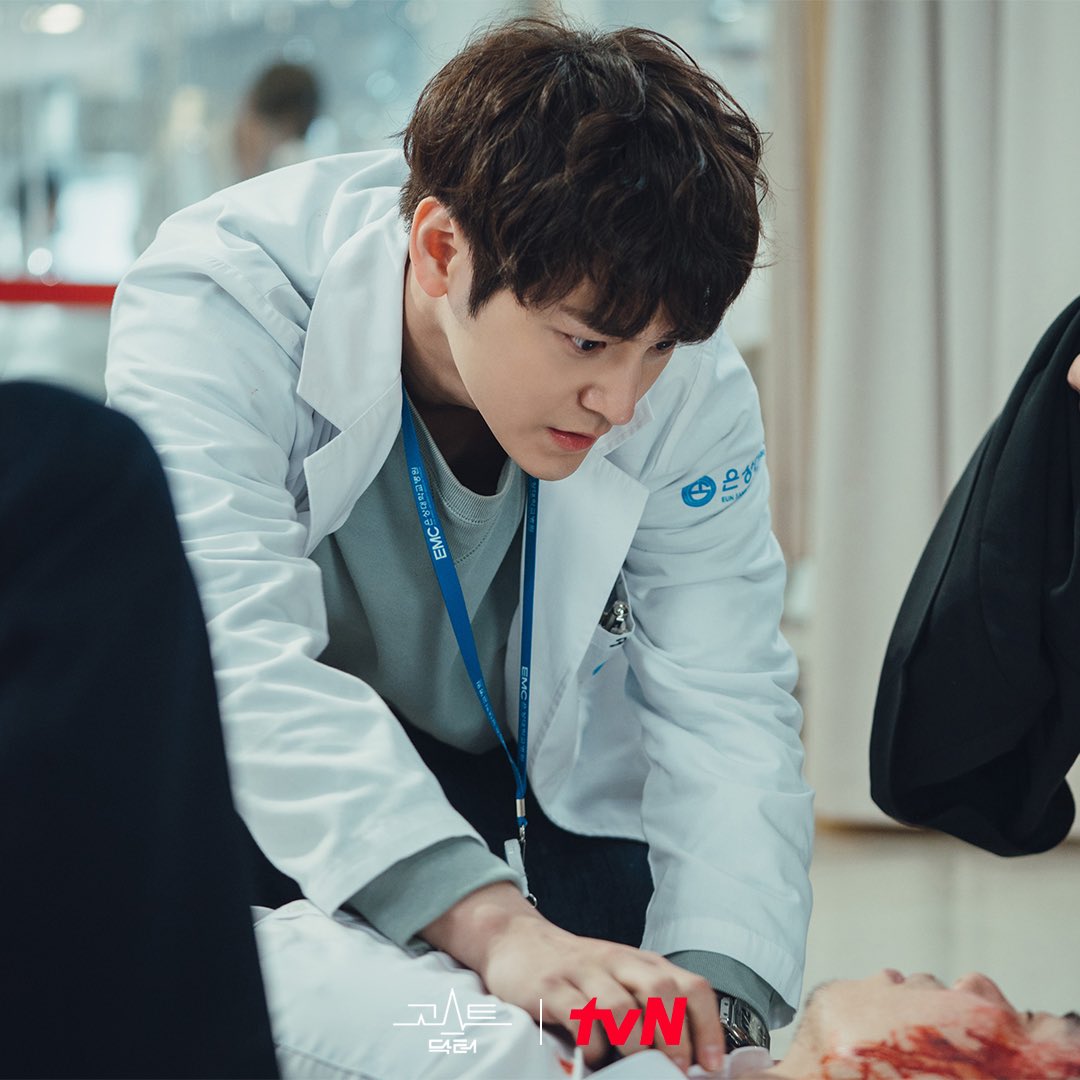