Kang Daniel recently spoke about his role in the upcoming drama “Rookie Cops”!

On January 12, Disney+ shared new photos of Kang Daniel in his role as Wi Seung Hyun, a clearheaded student with brains and a strong sense of justice. His dream is to become an admirable police officer just like his father (played by Son Chang Min).

The stills show Wi Seung Hyun’s determination while taking his exams, as well as his serious, professional, and elite image as he officially enrolls into the university. The third image captures just how perfectly he suits the police uniform as he salutes on behalf of all the freshmen. 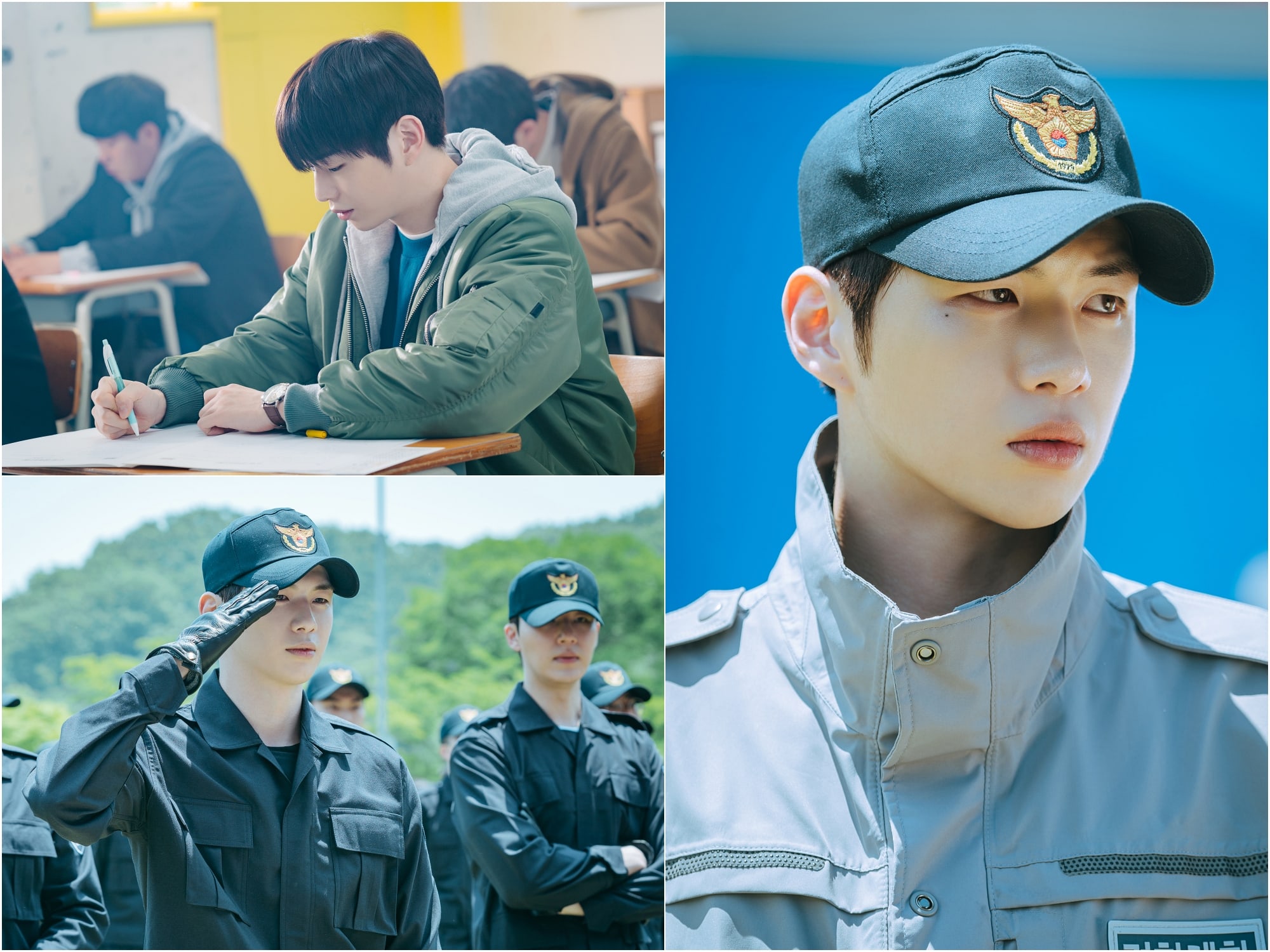 Although Wi Seung Hyun initially dreams of a smooth journey through police university, he unexpectedly gets tied up with fellow student Go Eun Gang (Chae Soo Bin), which adds an extra twist to his campus life.

Kang Daniel picked “passion” as his keyword for “Rookie Cops” and commented, “It felt like entering into someone else’s life. I think there’s a specific charm to acting that is different from performing on stage. It’s my first time acting, and I was really nervous being in an unfamiliar environment, but I was able to enjoy filming thanks to the help of various staff members and my fellow actors.”

Regarding his character, Kang Daniel shared, “Wi Seung Hyun is a hot-blooded character who cannot bear injustice when he sees it. He seems indifferent, but he’s surprisingly quite warm. He’s someone who’s even good at fighting, so I tried to use my body in a way that looked natural.”

The producers of “Rookie Cops” commented, “[Kang Daniel’s] sincerity and enthusiasm for acting is incredible. This [drama] will become an opportunity to discover a new charm of Kang Daniel. His teamwork with the other police academy freshmen, including Chae Soo Bin, is perfect. You can safely look forward to their dazzling, heart-fluttering, and youthful chemistry.”

“Rookie Cops” premieres on January 26. Check out a teaser for the drama here!

In the meantime, watch Chae Soo Bin in “I Am Not a Robot” below:

Kang Daniel
Rookie Cops
How does this article make you feel?