One of the best parts about watching a romantic K-drama is seeing the OTP with sizzling, smoking, and heart-fluttering chemistry. In 2021, there were so many solid couples that we swooned over and lived vicariously through. Here are 15 K-drama couples who shook our worlds and made the year a lot more pleasant.

Disclaimer: List is in no particular order. K-drama couples with shows that premiered in December of 2021 are not included!

1. Jo Jung Suk and Jeon Mi Do in “Hospital Playlist 2” 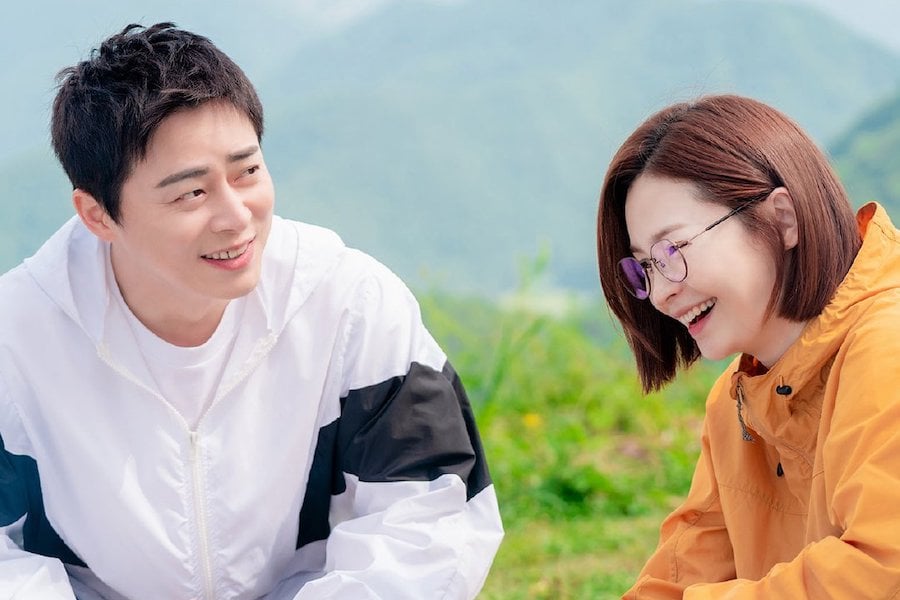 Lee Ik Jun (Jo Jung Suk) and Chae Song Hwa (Jeon Mi Do) start off as friends in “Hospital Playlist.” Over the years, they continue to support each other and walk very similar paths in life, which only helped maintain their strong friendship. Lee Ik Jun and Chae Song Hwa were a couple we couldn’t help but get excited and happy about. Whenever these two were together on screen, their chemistry, connection, and storyline were always so comforting. They won the hearts of viewers all over the world, and their love for each other never let us down.

2. Lee Se Young and Lee Junho in “The Red Sleeve” 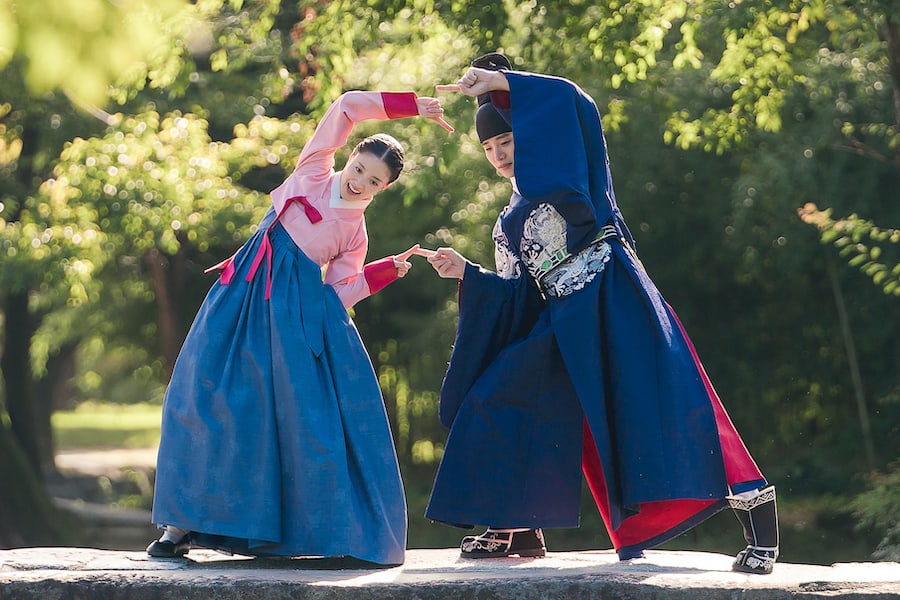 Deok Im (Lee Se Young) and Yi San (Lee Junho) were the couple of the holiday season. They not only rightfully earned the Best Couple award at the recent MBC Drama Awards, but they also kept hearts all over the world warm and fulfilled. The story of Yi San being head over heels in love with his court lady Deok Im was enough to garner a huge following, and people couldn’t help but obsess over the two and them becoming lovers. Their story was beautiful, heart-wrenching, and they will undoubtedly go down as being one of the best couples in K-drama history!

Watch them in “The Red Sleeve” starting with the first episode: 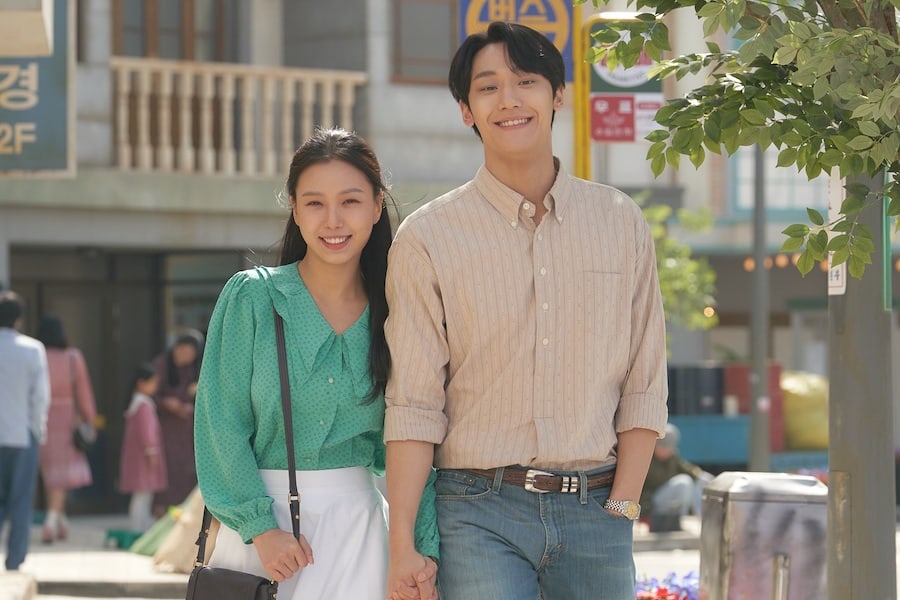 Kim Myung Hee (Go Min Si) and Hwang Hee Tae (Lee Do Hyun) were both trying to get by in life and figure out their identity in the world when they just so happened to find each other. Their love story is so romantic, set in the backdrop of the ’80s, where there is political upheaval and people fearing for their lives. Despite this, the two find solace and safety in each other, wanting nothing more than to be together. These two actors were also able to snag the Best Couple award at the 2021 KBS Drama Awards! 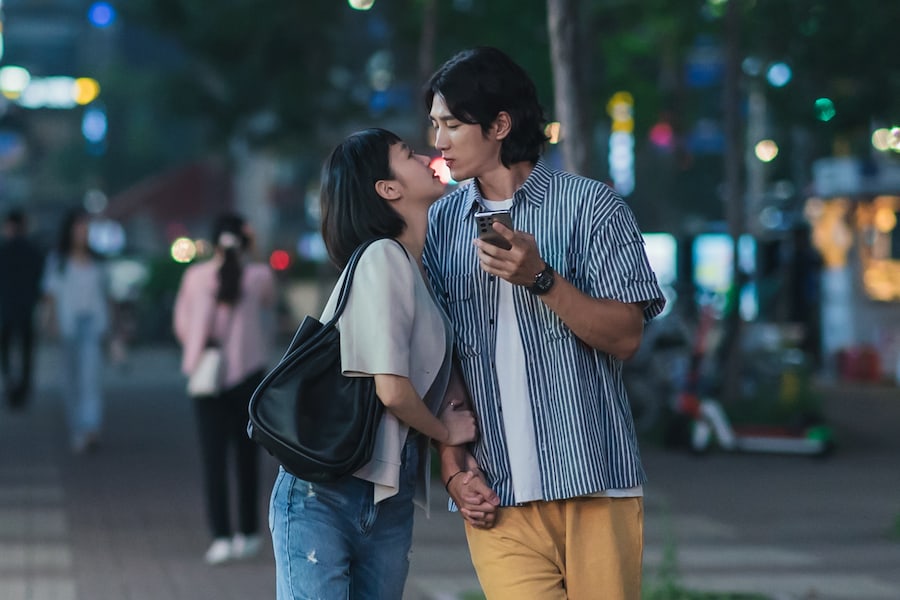 Who didn’t love seeing Yumi (Kim Go Eun) and Goo Woong (Ahn Bo Hyun) fall helplessly in love with each other? It was especially adorable and sweet to see how their respective cells interacted with each other. Their relationship gave viewers butterflies, was intense and passionate, and was also able to portray a very realistic side to the conflicts that arise between two people in love. We can only hope to see more of this type of connection in Season 2! 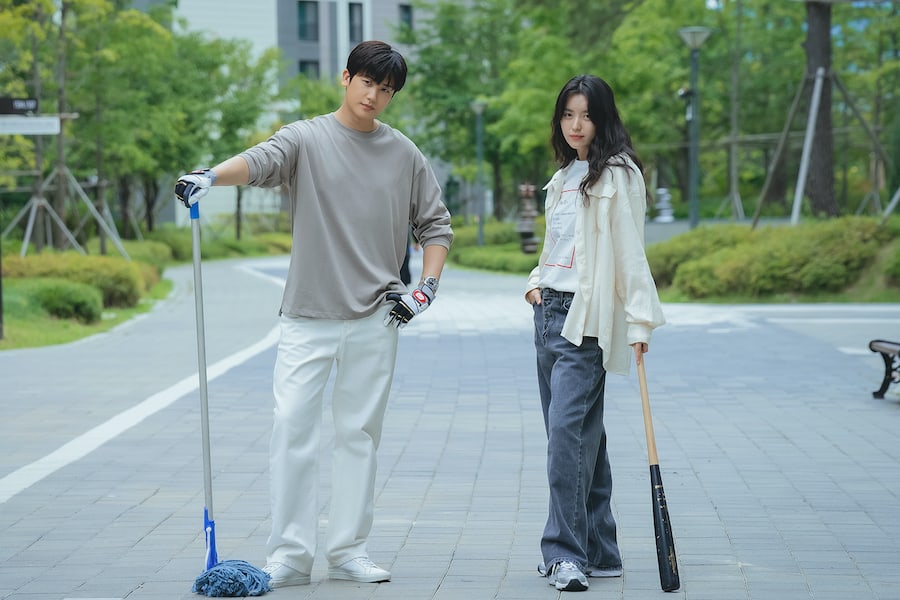 These two are absolutely adorable. Somehow, Yoon Sae Bom (Han Hyo Joo) and Jung Yi Hyun (Park Hyung Sik) were able to make fighting deadly diseases and being entrapped in an apartment building for the entire series very sweet and romantic. The highlight between these two was definitely seeing Yi Hyun protect Sae Bom time and time again. He was always willing to put his life on the line in order to make sure that she was safe. Their love went beyond that of logic, and it made the series that much more enjoyable to watch!

See this epic romance starting with the first episode: 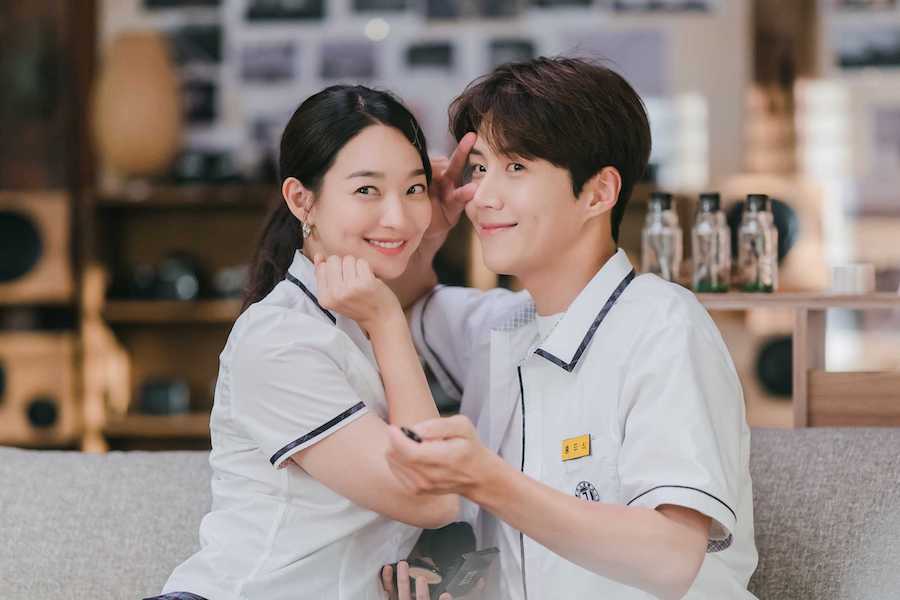 This list really wouldn’t be complete without Yoon Hye Jin (Shin Min Ah) and Hong Doo Shik (Kim Seon Ho). The two exemplified such a beautiful romance, and their chemistry was sizzling from the very first teaser that we were blessed with. Their relationship taught viewers many things including forgiveness, healing, and learning to lean on others when times get tough. Doo Shik and Hye Jin completely embodied couple goals!

7. Song Joong Ki and Jeon Yeo Been in “Vincenzo” 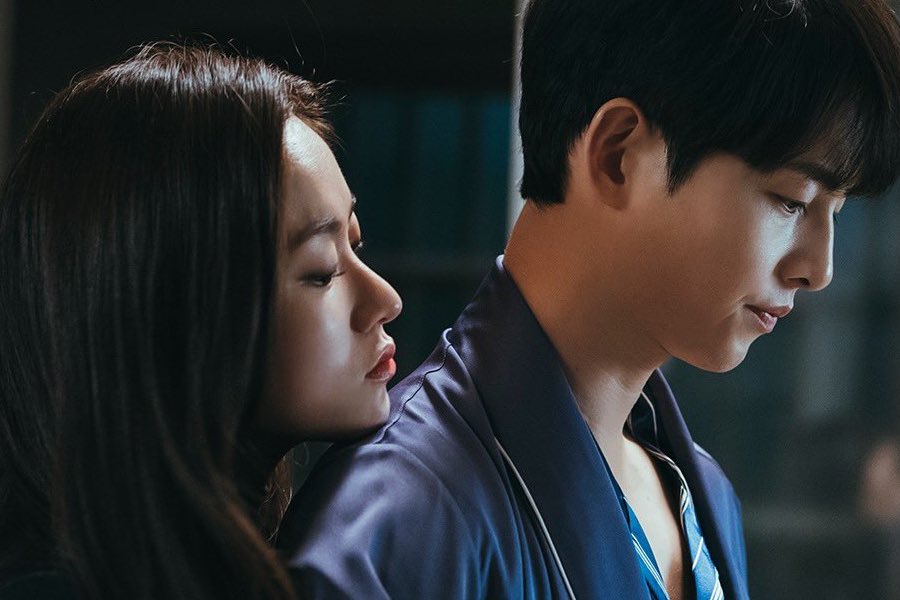 Vincenzo (Song Joong Ki) and Hong Cha Young (Jeon Yeo Been) play a refreshing duo as they join hands to take down villain Jang Joon Woo (Taecyeon). What made them so endearing was how they both worked so passionately together but were also able to make us laugh with their undercover costumes and antics. Although they didn’t have much physical interaction, the build up of tension until the very end was totally worthwhile and perfect.

8. Seo In Guk and Park Bo Young in “Doom at Your Service” 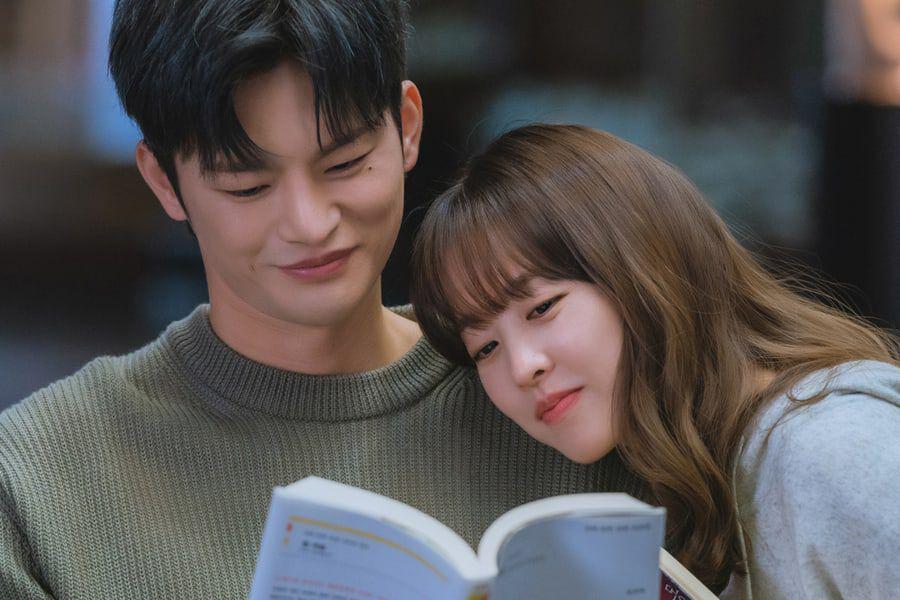 “Doom at Your Service” was the fantasy romance that broke our hearts and simultaneously gave us the heartfelt romance between Myul Mang (Seo In Guk) and Tak Dong Kyung (Park Bo Young). With Myul Mang’s negative and pessimistic outlook on human life and Tak Dong Kyung’s spiral into a dark period in her life, the two found comfort in each other. Their romance was heavy, intense, and passionate – a K-drama couple that exceeds all expectations!

Watch “Doom At Your Service” here: 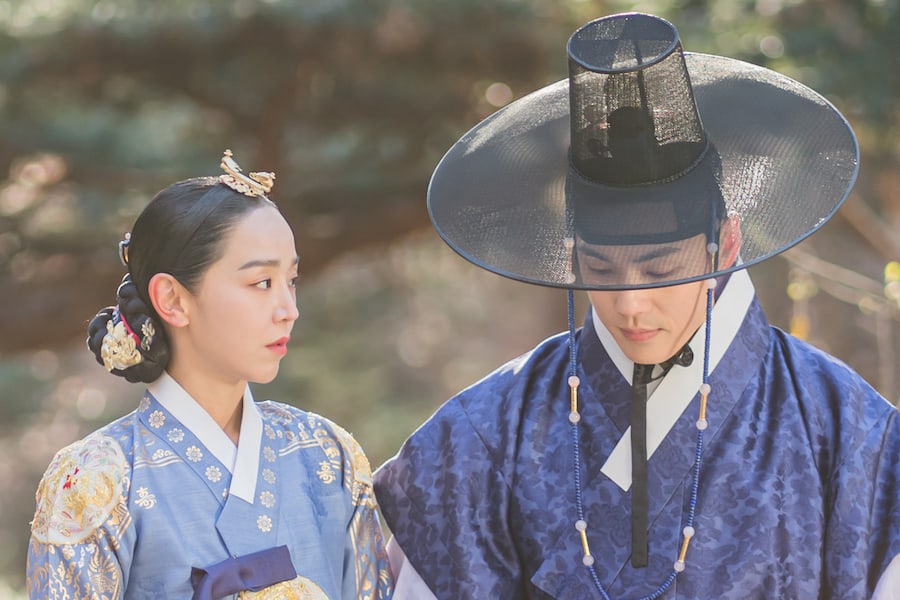 “Mr. Queen” is a historical modern fusion series about a man whose soul becomes trapped in the body of a queen from the Joseon period. Shin Hye Sun plays Queen Kim So Yong, and Kim Jung Hyun plays her husband King Cheoljong. Aside from the fact that the series was very hilarious, seeing Shin Hye Sun act out the part of a snobbish modern man, the storyline, and the eventual connection she had with Cheoljong were so heartwarming. 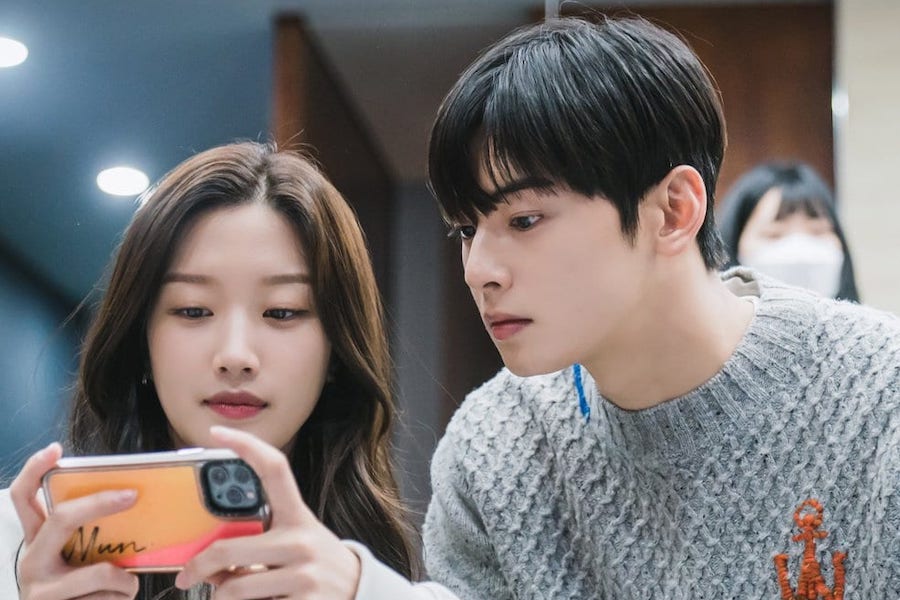 The most adorable high school couple of 2021 is definitely Lim Ju Gyeong (Moon Ga Young) and Lee Su Ho (Cha Eun Woo). These two embodied those first love romance feels that make your heart skip a beat and give you butterflies. Seeing how much Lee Su Ho loved Ju Gyeong and how much he loved her for who she really was made the series a perfect watch. 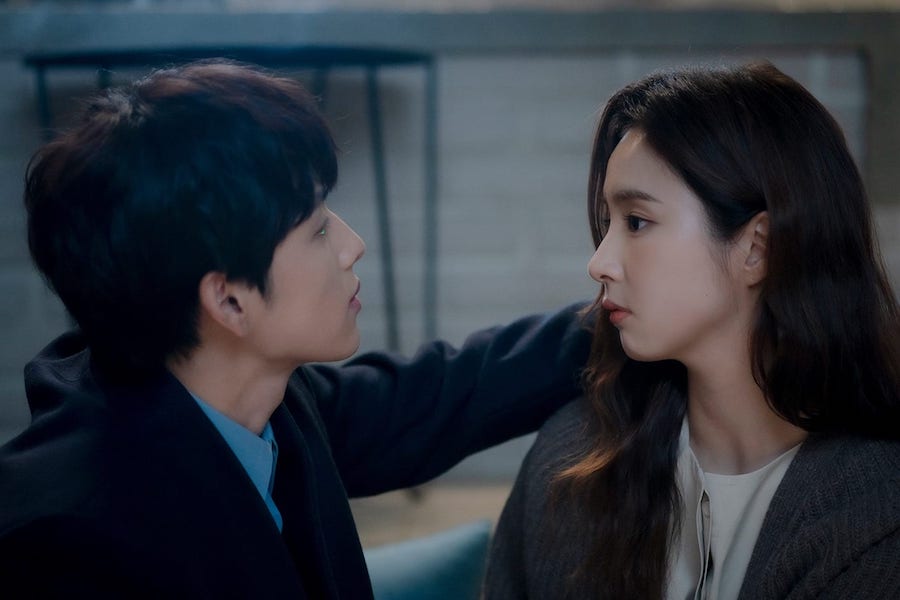 Im Siwan and Shin Se Kyung won the hearts of many for their respective roles as Ki Sun Kyum and Oh Mi Joo. Sun Kyum is a former track star, and Mi Joo is a foreign film translator. The two start to form a connection, which leads to a deep relationship. Despite being complete opposites, they somehow get to a point where they are willing to accept their differences and meet each other halfway. It’s a meaningful series where you appreciate the development of the two in their individual lives as well as their relationship.

12. Ahn Hyo Seop and Kim Yoo Jung in “Lovers of the Red Sky”

Ahn Hyo Seop plays Ha Ram, a blind astrologer who is able to read the stars, while Kim Yoo Jung plays Hong Chun Gi, a female painter. The two meet by chance and fall in love despite their different personalities. The chemistry that these two young actors had was innocent but passionate, which drew viewers into their evolving story. Their relationship had a lot of dynamics which kept it interesting – the actors were even able to win the Best Couple Award at the SBS Drama Awards! 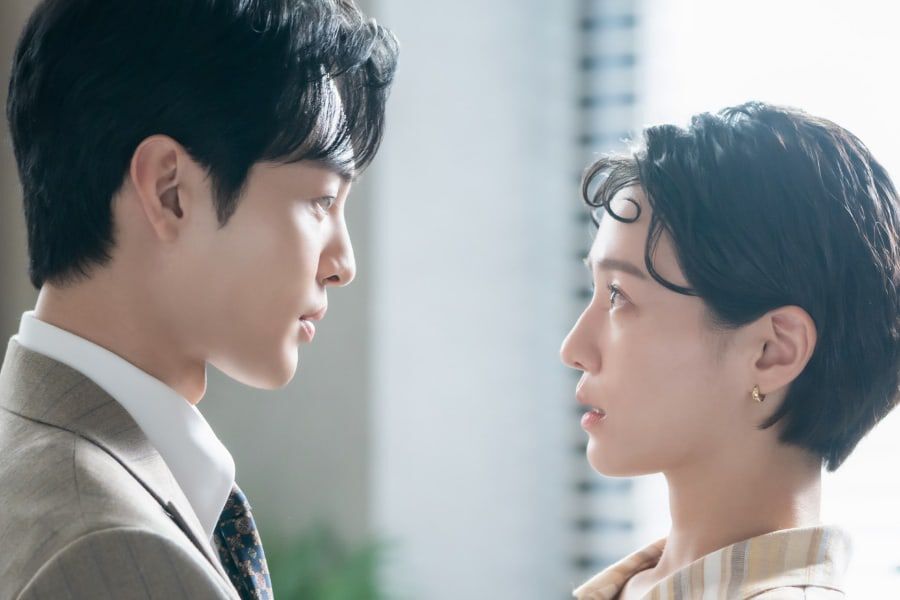 Starring Kim Min Jae and Park Gyu Young, “Dali and Cocky Prince” is about a man named Jin Mu Hak who is not very book smart but is able to make a lot of money. He meets Kim Dal Li (Park Gyu Young), a director of an art gallery, who Mu Hak lends money to. But he also ends up falling head over heels in love with her! To say that these two are cute is an understatement. The way Mu Hak wears his heart on his sleeve for Dal Li is just what the world needed in 2021 and earned them the Best Couple Award at the 2021 KBS Drama Awards.

Watch the series starting from the first episode here:

14. Rowoon and Park Eun Bin in “The King’s Affection” 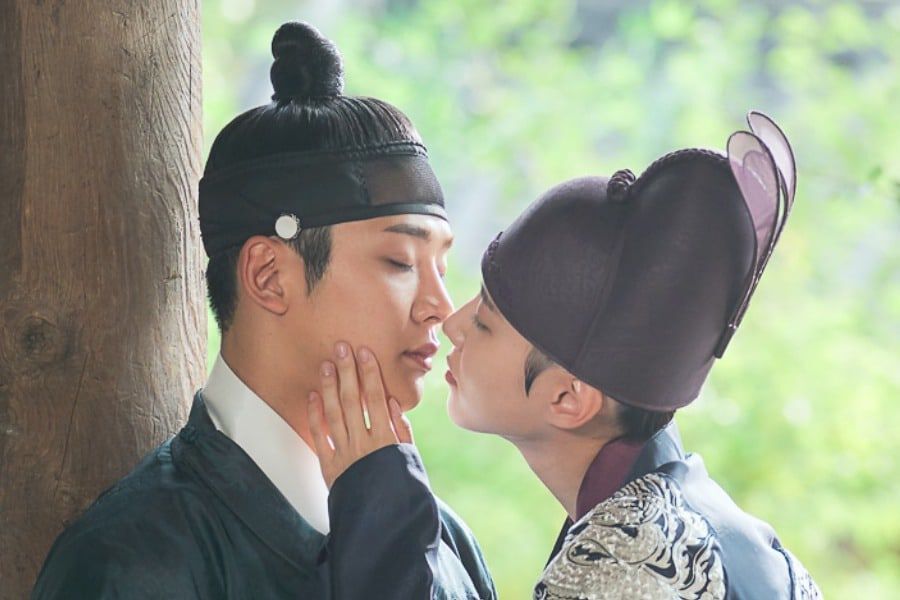 Based on a popular Korean manhwa, Rowoon stars as Jung Ji Woon and Park Eun Bin stars as Lee Hwi, the crown prince who is actually a woman. Jung Ji Woon becomes Lee Hwi’s tutor and begins to have feelings for her. The love story between these two started out innocent and harmless, igniting feelings of butterflies, but as the series progressed and their relationship deepened, you could see their fiery chemistry. The kiss scenes were everything!

15. Song Kang and Han So Hee in “Nevertheless” 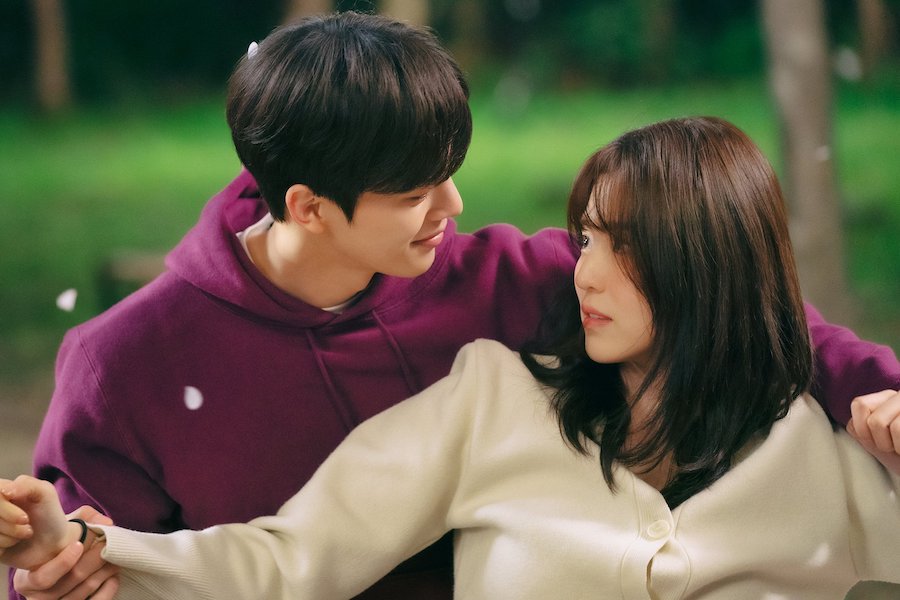 Yoo Na Bi (Han So Hee) is a university art student who gets entangled in a messy relationship with a fellow student named Park Jae Uhn (Song Kang), who doesn’t believe in dating but appears to enjoy flings. Yoo Na Bi is torn between her emotional and physical attraction for him. This series created a lot of buzz as a result of the hot and heavy scenes between the two main leads. The tension and chemistry between the two was undeniable, and seeing their connection in the behind-the-scenes footage only emphasized their lovey-dovey on-screen romance!

Hey Soompiers, which K-drama couple was your favorite in 2021? Let me know in the comments below!

Currently watching: “Let Me Be Your Knight,” “Our Beloved Summer,” “Snowdrop,” and “The One And Only”
All-time favorite drama: “Secret Garden” and “Star In My Heart”
Looking forward to: Won Bin‘s return to the small screen