On the January 15 episode of JTBC’s “Knowing Bros,” 2AM appeared as guests. 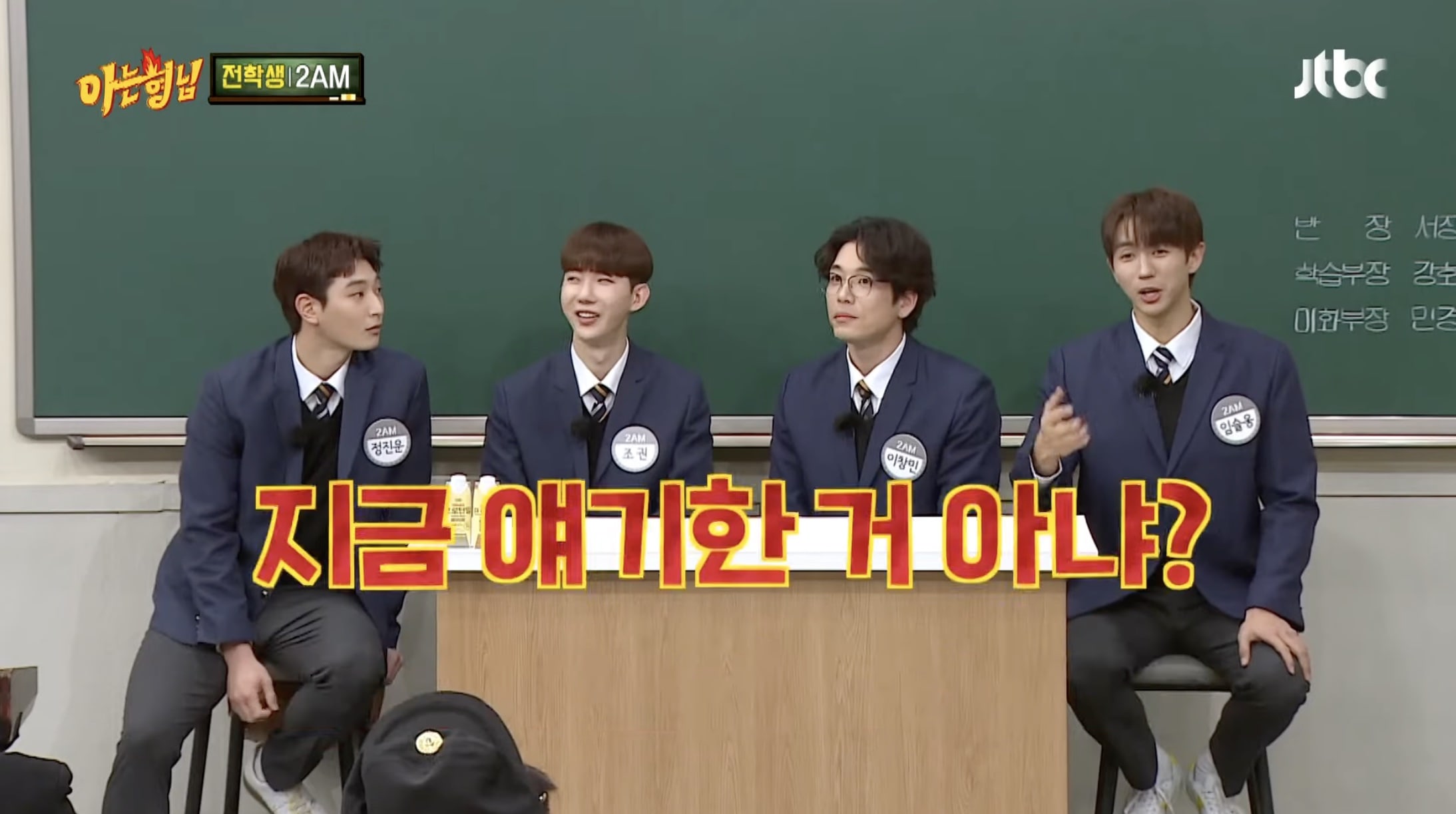 During the show, the 2AM members talked about their history with the group. Changmin said, “I completed my mandatory military service early. Right after I came back from the military, I made my debut. I had to wait seven years while the 2AM members went one by one to the military.”

In addition to his work at 2AM, Changmin was a member of the duo Homme and promoted in Japan. He shared that a song he wrote and produced himself was recently released: WJSN CHOCOME’s “Super Yuppers.”

Kang Ho Dong commented that Changmin had gotten more handsome. Seulong said, “He had this exact same face in his mid-20s. It was a bit much then, but he’s really grown into his looks.” 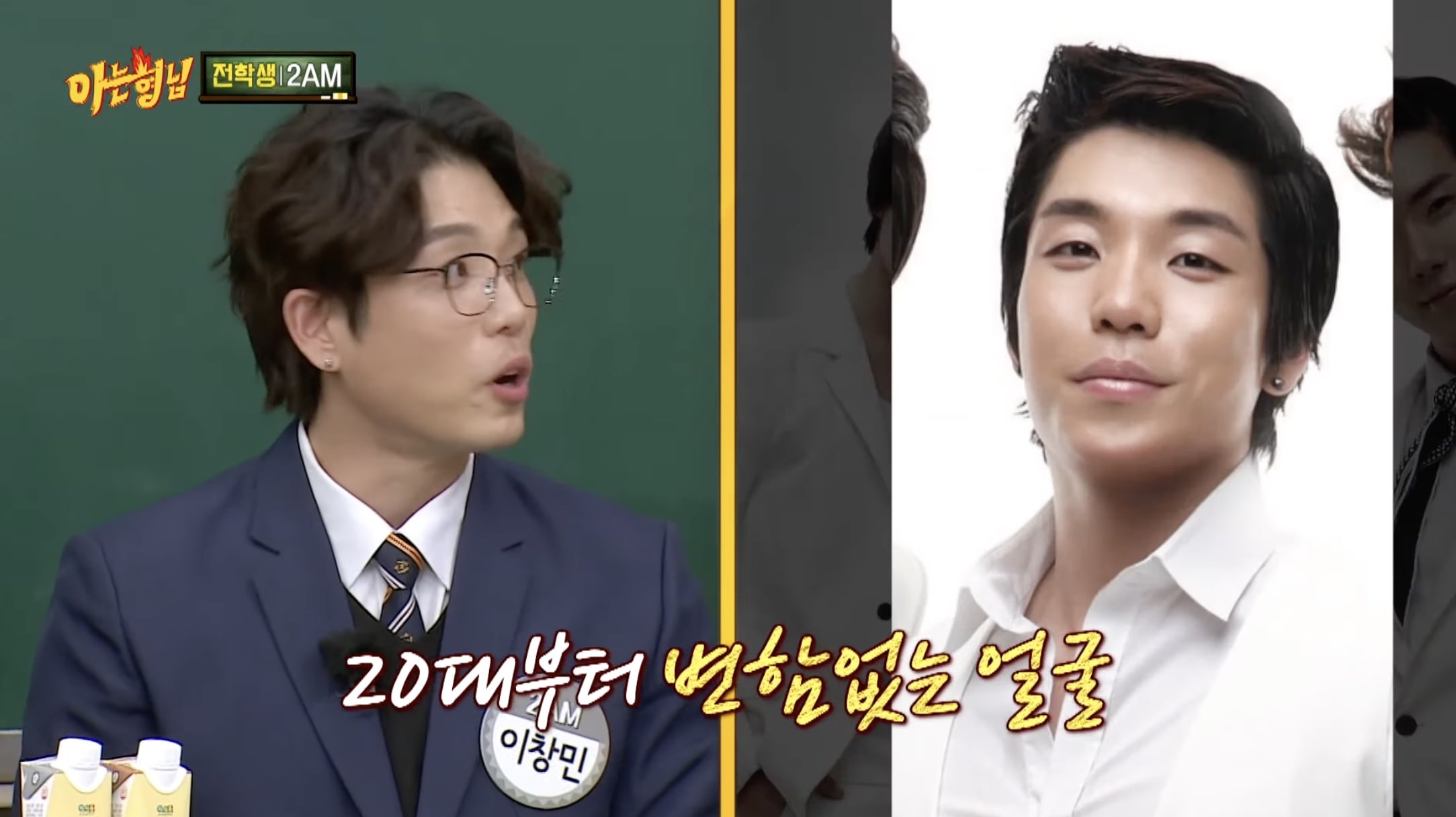 Jo Kwon quipped, “When I first saw Changmin, I cried.” Seulong explained, “When I heard we had a new member, I ran to Jo Kwon’s room to show him.” Jo Kwon said, “I was just resting at our dorm when he came in to show me our new member on the laptop. As soon as I saw him, I cried. I was like, ‘I waited eight years for this?'” 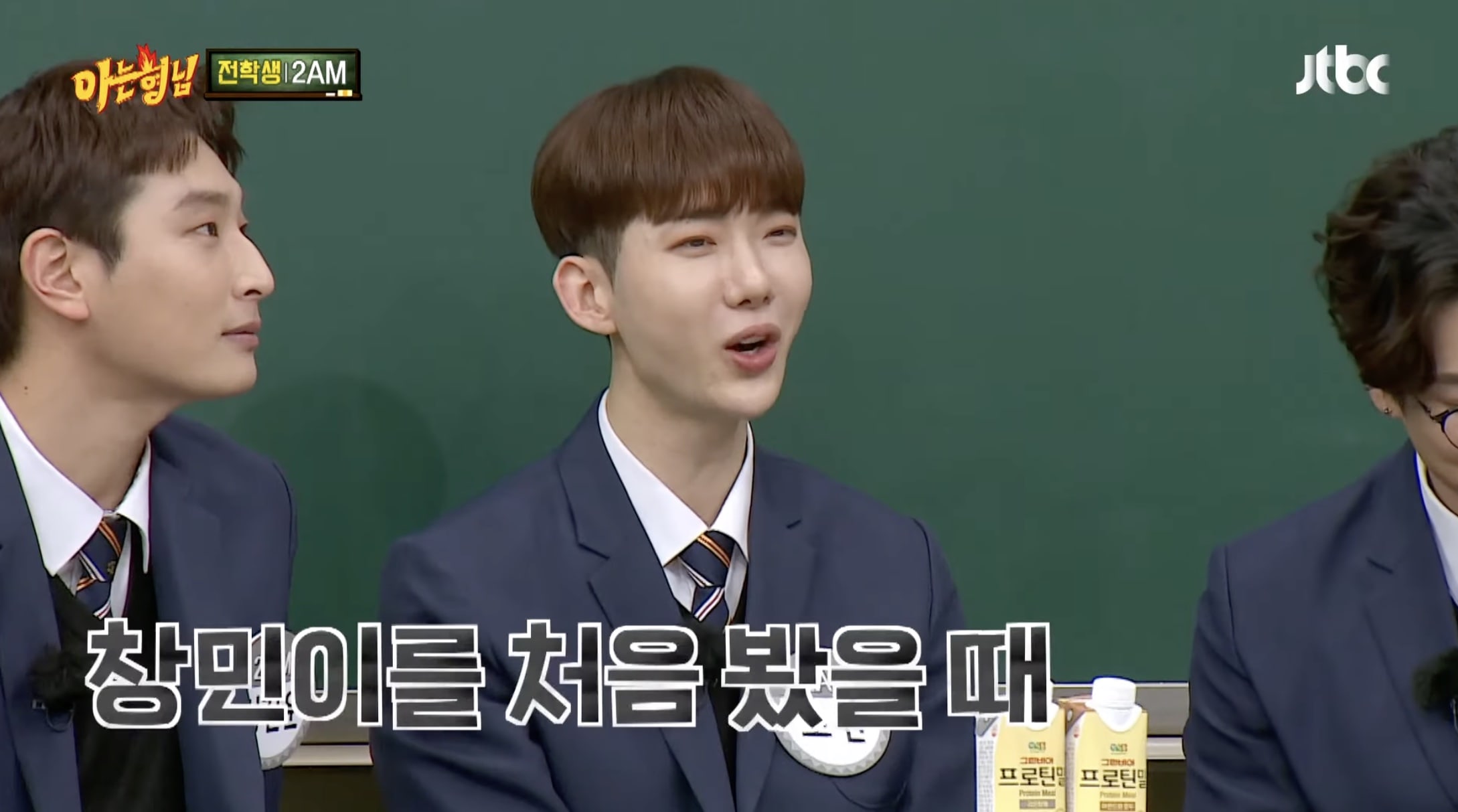 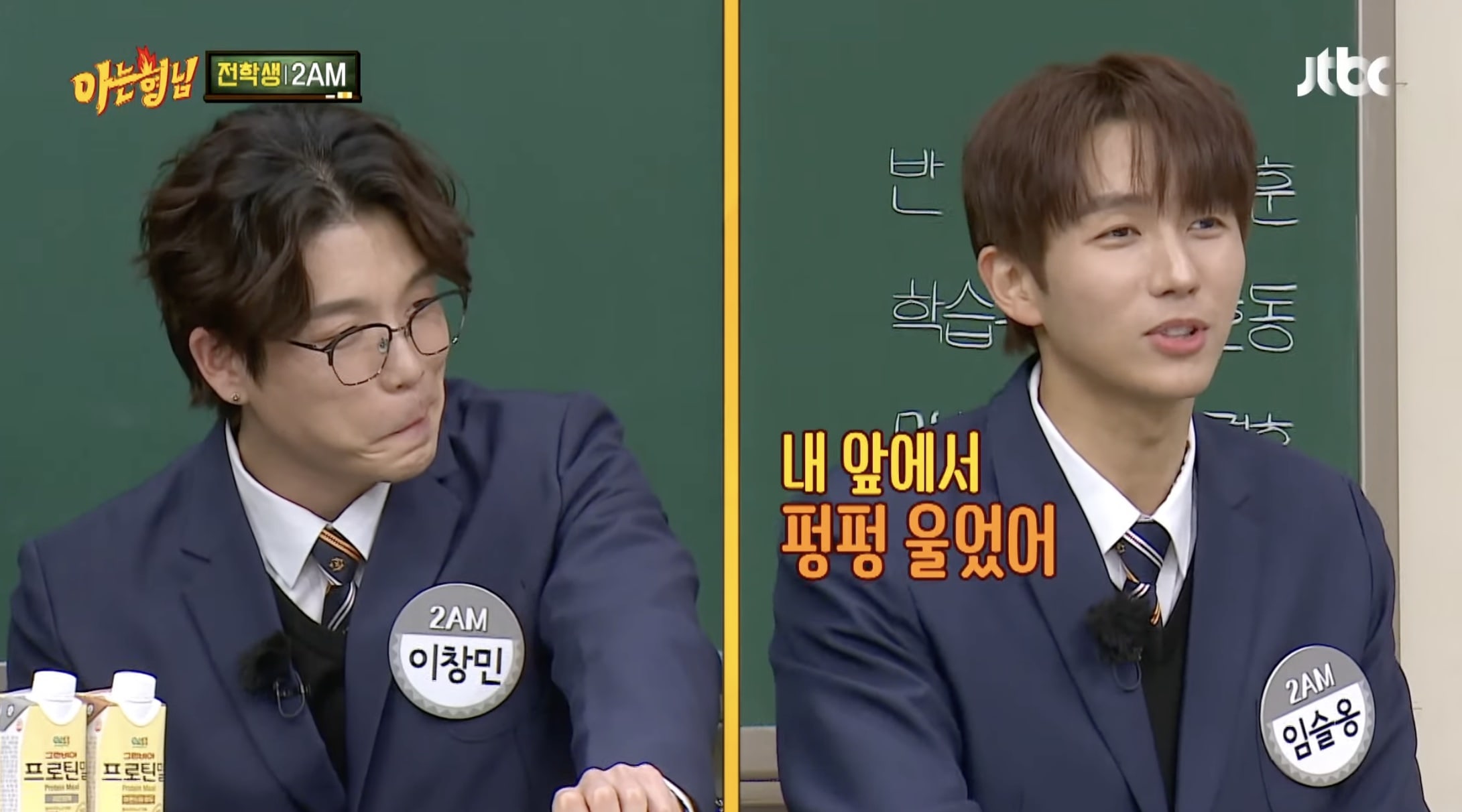 Jo Kwon went on, “Changmin [had just come back from the military] and weighed over 100 kilograms [220 pounds]. He didn’t have his moles removed yet. I had anticipated someone who had a shining aura, someone like an idol. Instead, it looked like a professor was singing in front of us.”

Changmin said, “We were wearing our personal clothes for the album jacket shoot. A producing director saw the photos and pointed directly at me and said, ‘This person is definitely the main vocalist.'” 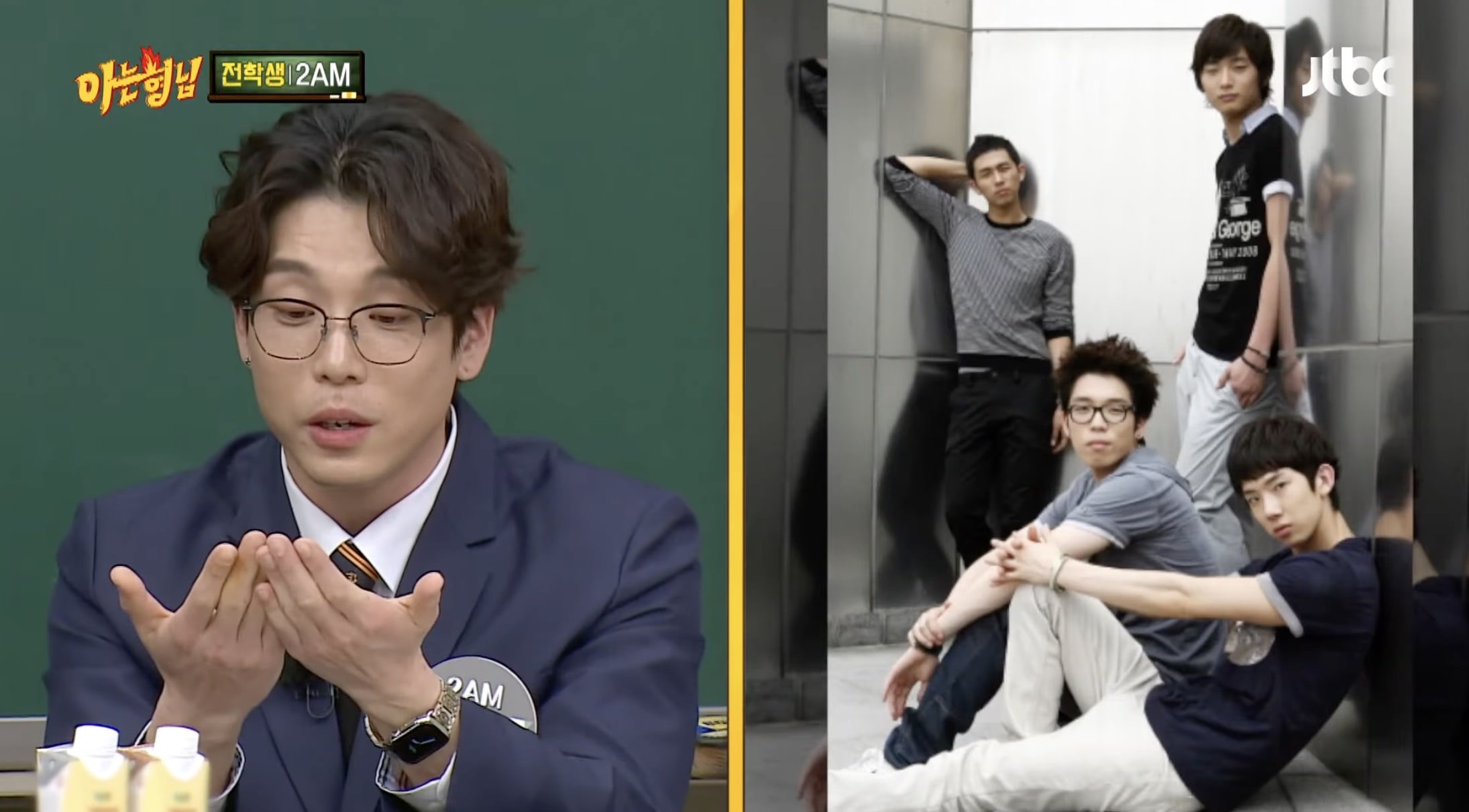 Jo Kwon said, “Now Changmin is the most good-looking of all of us. Even my mom saw our album jacket and was shocked to see this was Changmin.” Changmin modestly ranked himself as third, making the members curious as to who was the fourth, but he quipped, “If you invite me back on ‘Knowing Bros,’ I’ll reveal it then.” 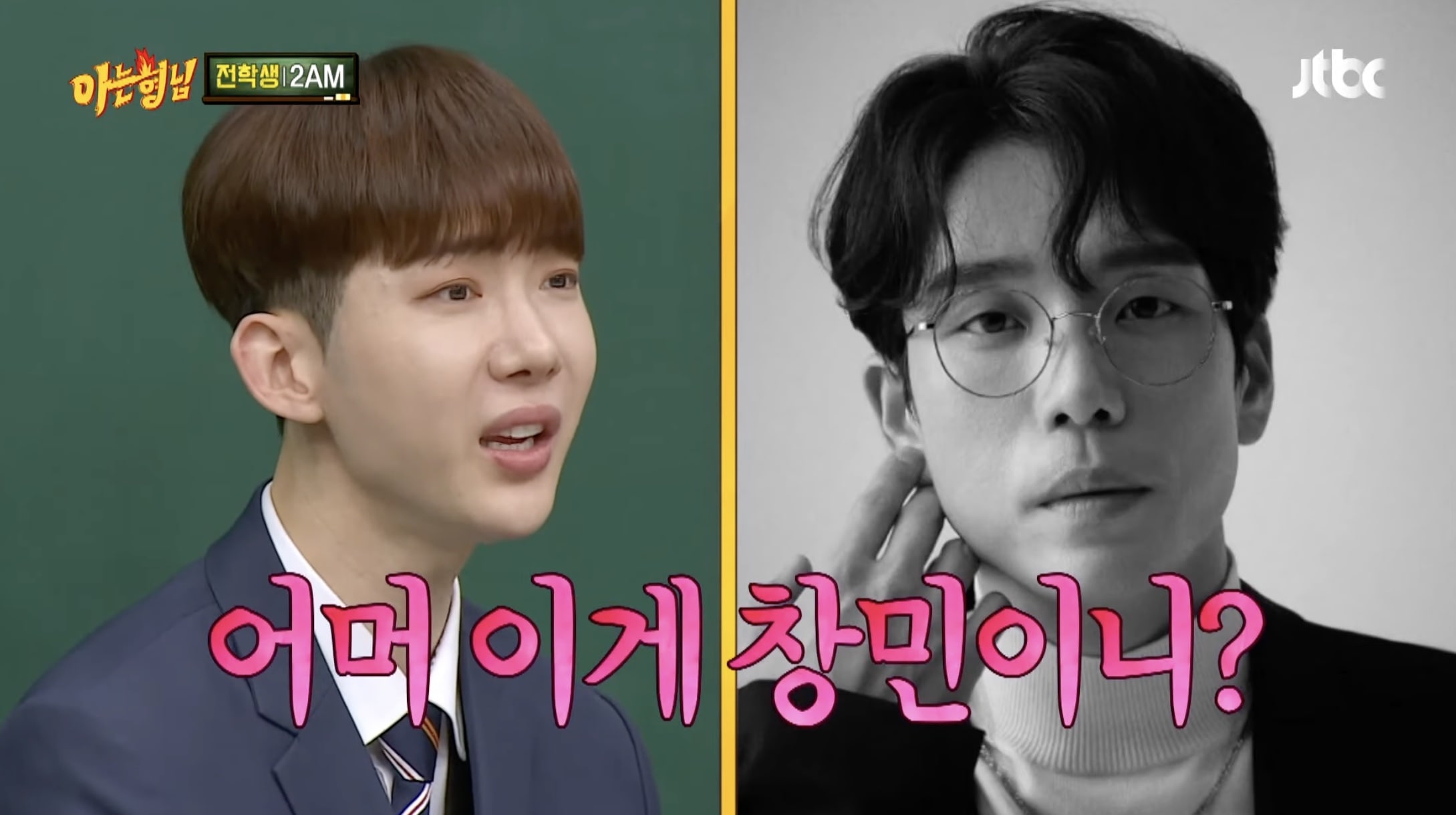 Knowing Bros
2AM
Changmin (2AM)
Jo Kwon
How does this article make you feel?