Disney+ has released some photos of the cast of “Grid” at their first script reading!

The upcoming Disney+ original show is a mystery thriller. An unknown being named “the Ghost” saved humanity 24 years before from life-threatening solar winds by creating a shield called “the Grid.” After the creation of the shield, the Ghost disappeared. 24 years later, the Ghost returns as an accomplice to an unknown murderer. The story follows different individuals chasing the Ghost for different reasons. 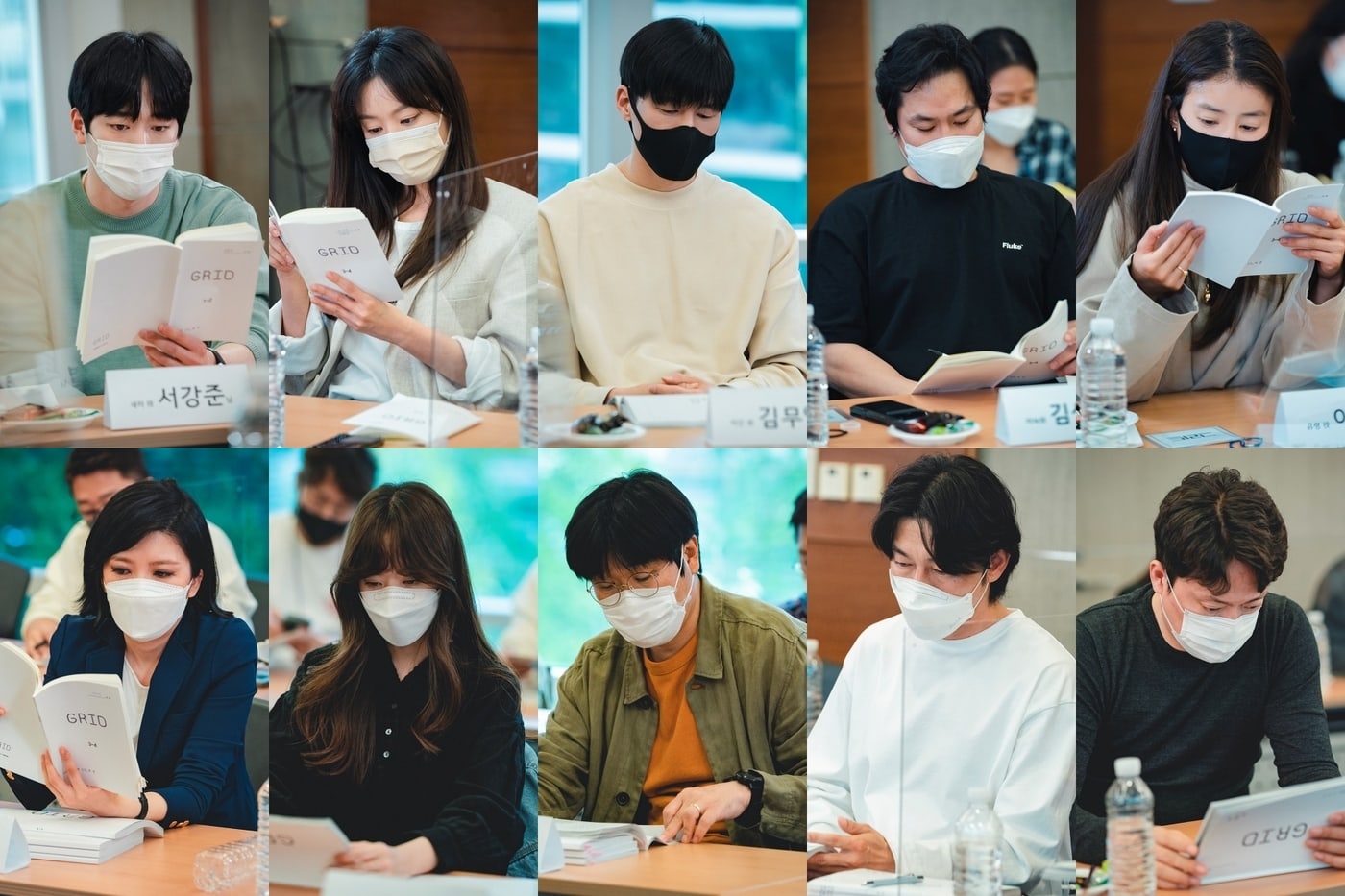 Each of the actors got into character quickly and were able to portray the essence of the characters. Seo Kang Joon, who plays Kim Sae Ha, an employee at the organization known as “the management department,” evoked the attitude of an aggressive yet cynical character. Kim Ah Joong, who plays a detective named Jeong Sae Byeok who is determined to catch the Ghost, was able to deliver strong lines with a warmth accompanying them.

After completing the practice, the cast said, “The worldview of the script is large, so as we read it and imagined how it will be shown, it was so fun. We are confident that we can create a drama that exceeds expectations of what a drama can typically show. Writer Lee Soo Yeon didn’t betray expectations and along with the performances by the actors, it’s a perfect harmony. Please look forward to it.”

“Grid” premieres on Disney+ on February 16. Check out a teaser here!

While waiting, check out Seo Kang Joon in “I’ll Go to You When the Weather is Nice”!