Disney+ released new stills of the main characters in “Grid”!

The upcoming drama is a mystery thriller about different individuals trying to track down a person known as “the Ghost” each for their own reasons. 24 years before, the Ghost created a shield known as “the Grid” to protect humanity from life-threatening solar winds. After its creation, the Ghost disappeared and did not reappear again until 24 years later, but this time as an accomplice of a murderer. The drama is penned by Lee Soo Yeon of “Forest of Secrets” (also known as “Stranger”) and helmed by director Lee Khan of “The Divine Move 2: The Wrathful.”

Kim Sae Ha (Seo Kang Joon) is an employee of the Management Department who tenaciously chases after the Ghost, while Jang Sae Byuk (Kim Ah Joong) is a violent crimes detective who follows the case involving the Ghost after witnessing her at the scene of a crime. Kim Sae Ha will coincidentally run head-on into the murder suspect and become the first to report the incident. Jang Sae Byuk is the detective who arrives on site following the call, leading to their first encounter. The mystery in “Grid” begins when a strange phenomenon occurs in which the accomplice who helps the criminal escape disappears into thin air. 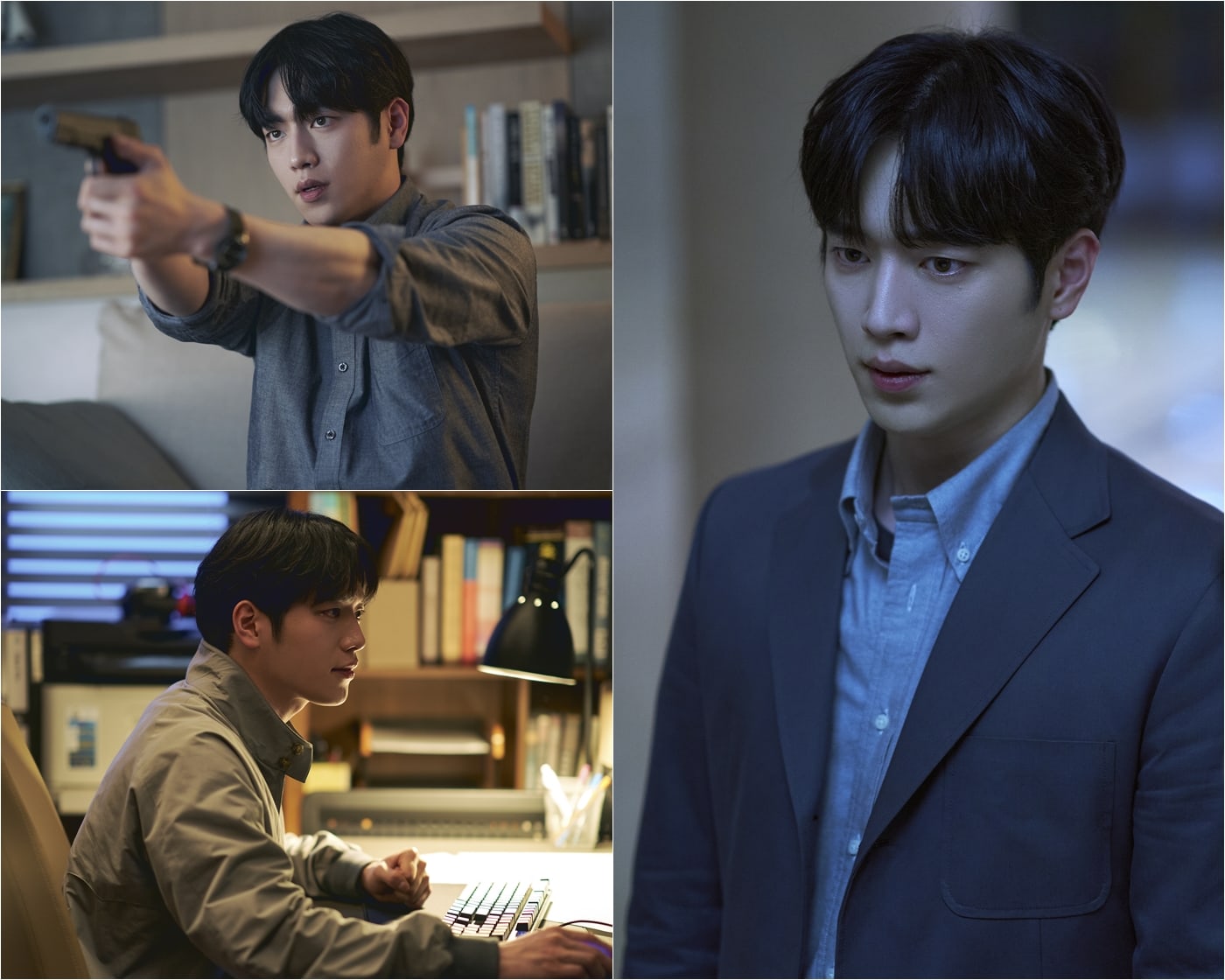 Having impressed with his suspenseful role in “Watcher,” Seo Kang Joon will once again exude a powerful aura as he transforms into Kim Sae Ha. The actor’s stubborn and intense gaze conveys his character’s desperation to discover the truth behind the Ghost. Kim Ah Joong also transforms flawlessly into her character for the upcoming thriller, and she will not hold back in portraying the difficult action scenes as her character struggles after landing herself in a huge mystery. 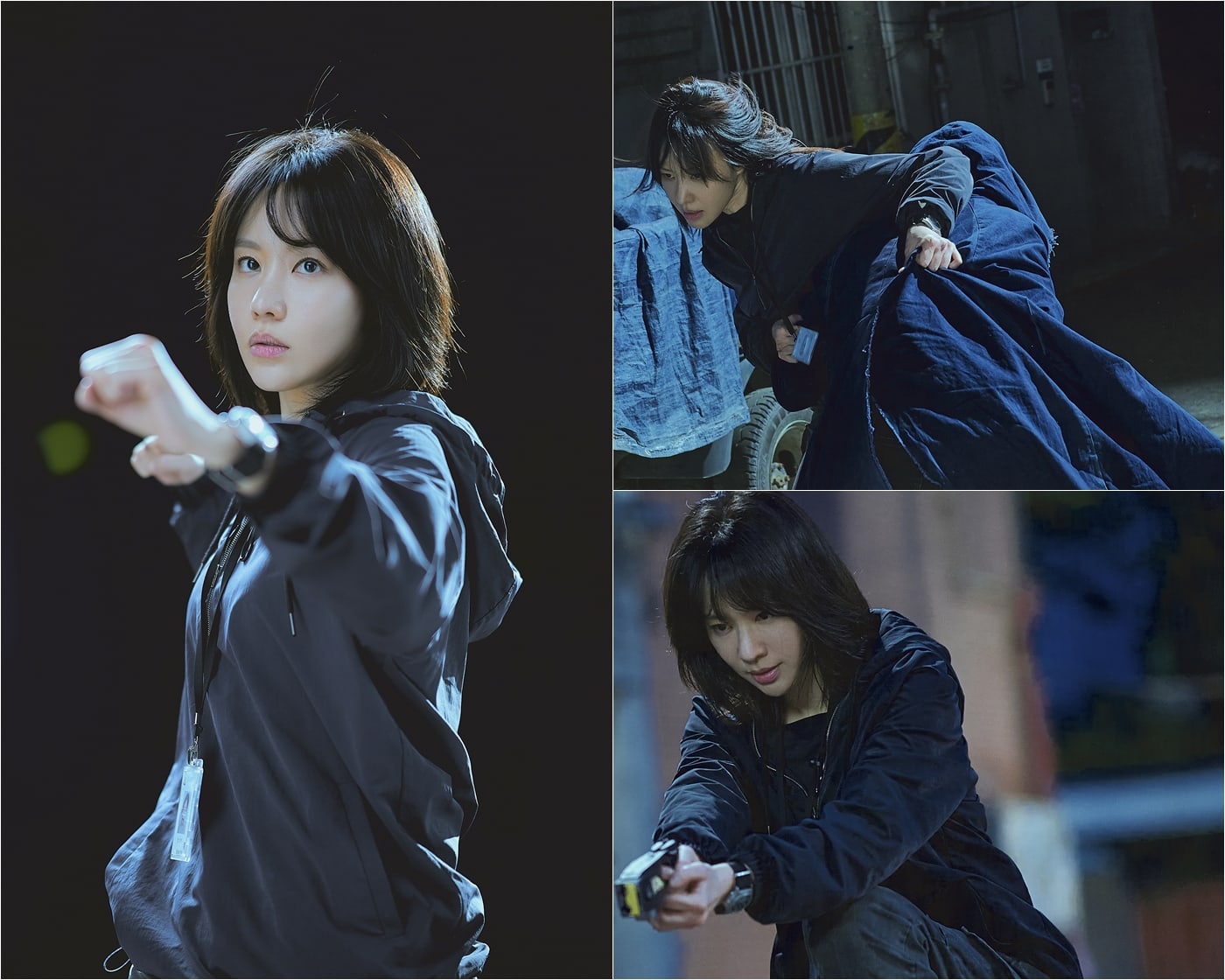 Song Eo Jin (Kim Moo Yeol) is a fellow employee of the Management Department who denies the existence of the Ghost. Behind his frigid expression is a cold gaze that is difficult to read. His goal is to leave the Management Department as soon as he can because he cannot understand his coworkers or the secretariat telling him to find the “disappearing woman.” However, after getting his hands on an official report regarding the woman who disappears right before people’s eyes, Song Eo Jin falls into a state of confusion. Using attention to detail, Kim Moo Yeol skillfully portrays his upright and ordinary government employee character who appears to harbor a mystery on the inside. 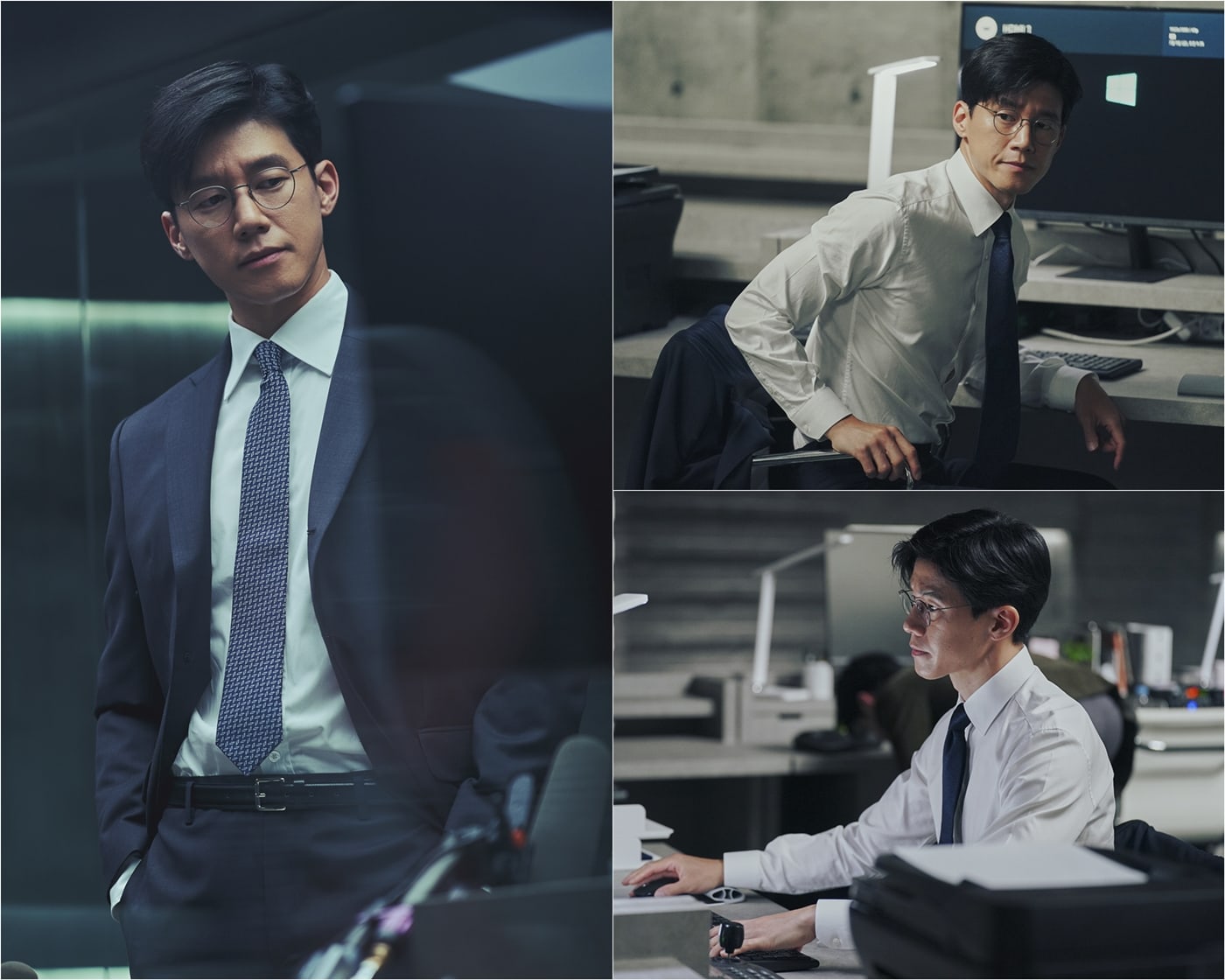 Kim Ma Nok (Kim Sung Kyun) is an unidentifiable murderer who has no exact date of birth, family, or friends. However, the mysterious Ghost appears and helps him, raising questions about why she is assisting him. Even while wearing a hat to cover his face and blend in with the crowd, Kim Sung Kyun still exudes a threatening aura. 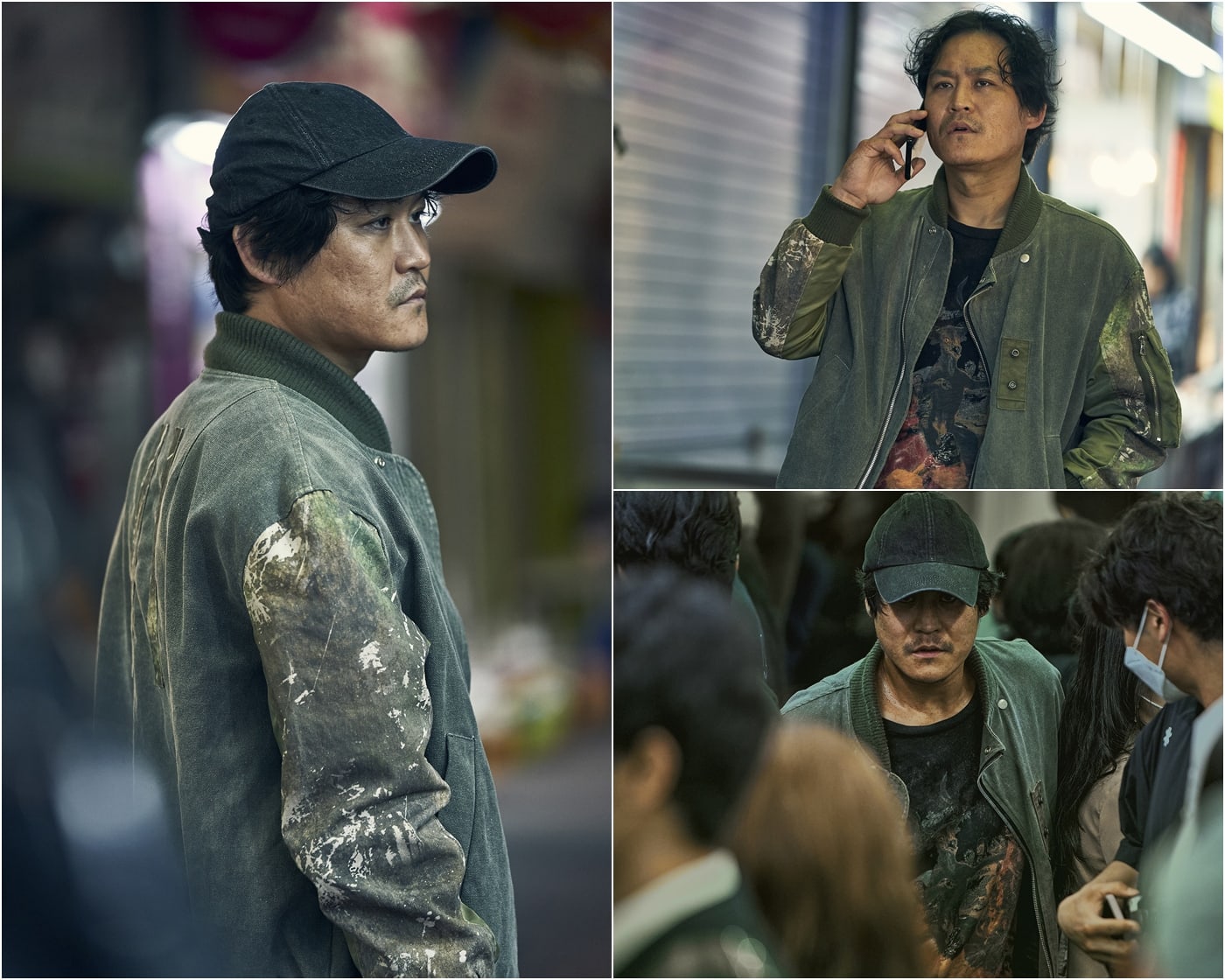 Finally, the Ghost (Lee Si Young) is a key figure in the grid who the four characters above are chasing after for different reasons. In 1997, she created the Grid to protect humanity from life-threatening solar winds. However, the reason why she reappears after 24 years is to help a murder. Lee Si Young completely immerses herself into her character from her expression to her stance, creating a mysterious and unapproachable atmosphere. 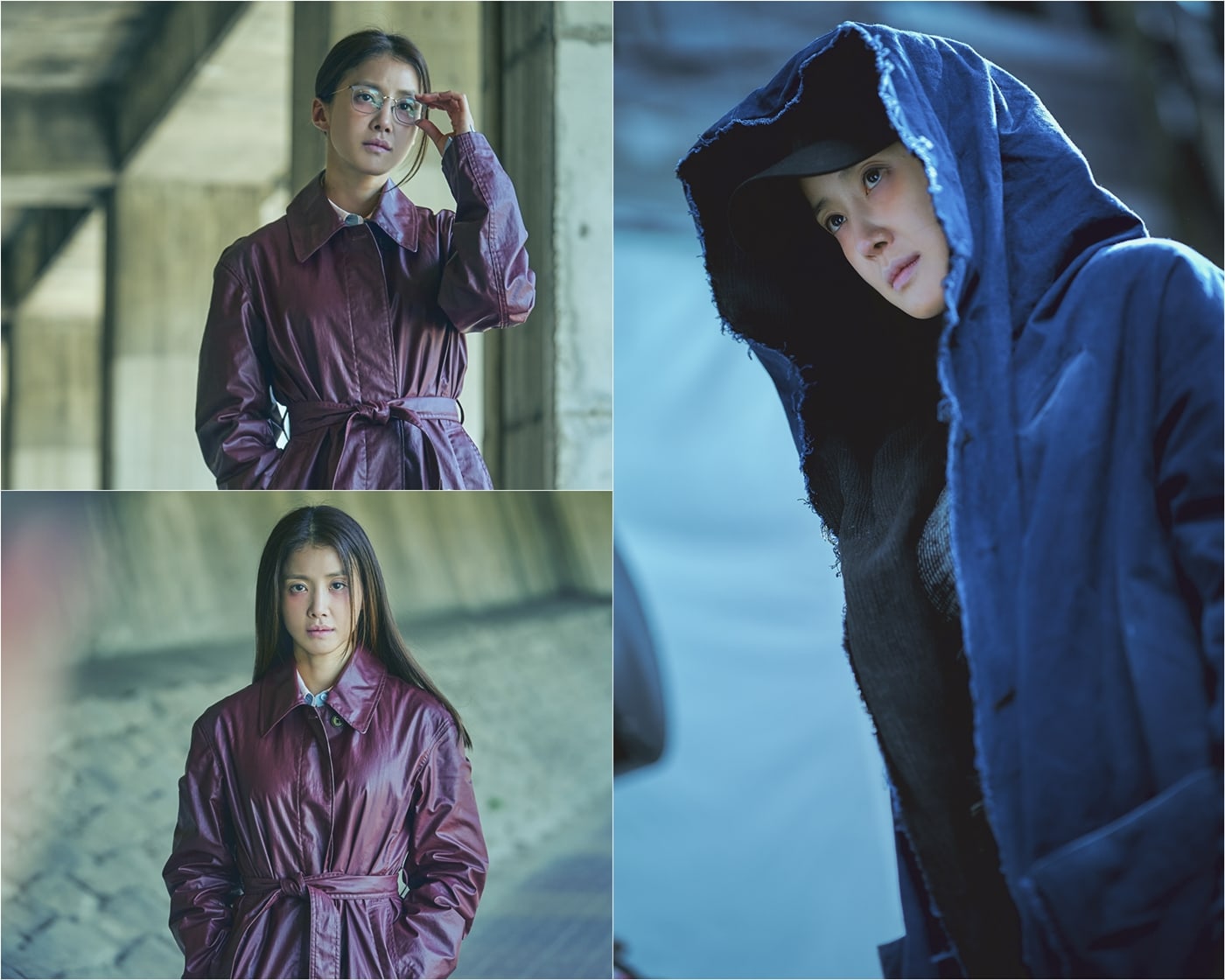 The production team of “Grid” shared, “Seo Kang Joon, Kim Ah Joong, Kim Moo Yeool, Kim Sung Kyun, and Lee Si Young focused on the situation created by the special background of the Grid, which is a global shield that saved humanity from the end of the world due to solar winds, and they showcased acting in which they became one with their characters. Please anticipate the true nature of the growing mystery that began with one murder case as well as the heated performance of the people who started to chase the Ghost each for their own motives.”

“Grid” premieres on February 16 via Disney+. Take a look at a teaser for the drama here!

While waiting, check out Seo Kang Joon in “I’ll Go to You When the Weather is Nice“!