Girls’ Generation’s Taeyeon took to social media to express her anger over the animal abuse controversy on the set of “The King of Tears, Lee Bang Won.”

On January 21, KBS issued an apology after a horse died a week after being used in filming for “The King of Tears, Lee Bang Won,” a traditional epic sageuk drama. To create a scene in which a character fell from a horse, the horse was pulled to the ground using a rope tied around its legs, and viewers raised concerns regarding animal abuse and the dangerous nature of the stunt.

On Instagram Stories, Taeyeon shared a screenshot of the complaint that Korea Animal Rights Advocates (KARA) filed against the drama and wrote, “The video was extremely painful to watch and brought tears to my eyes. It makes me angry. How can they film like that in this day and age.. It’s a horrifying thing for both the people and the animals. Was there someone who ran to check the horse’s state right away? Who on earth came up with this idea for this unbelievable method of filming?” 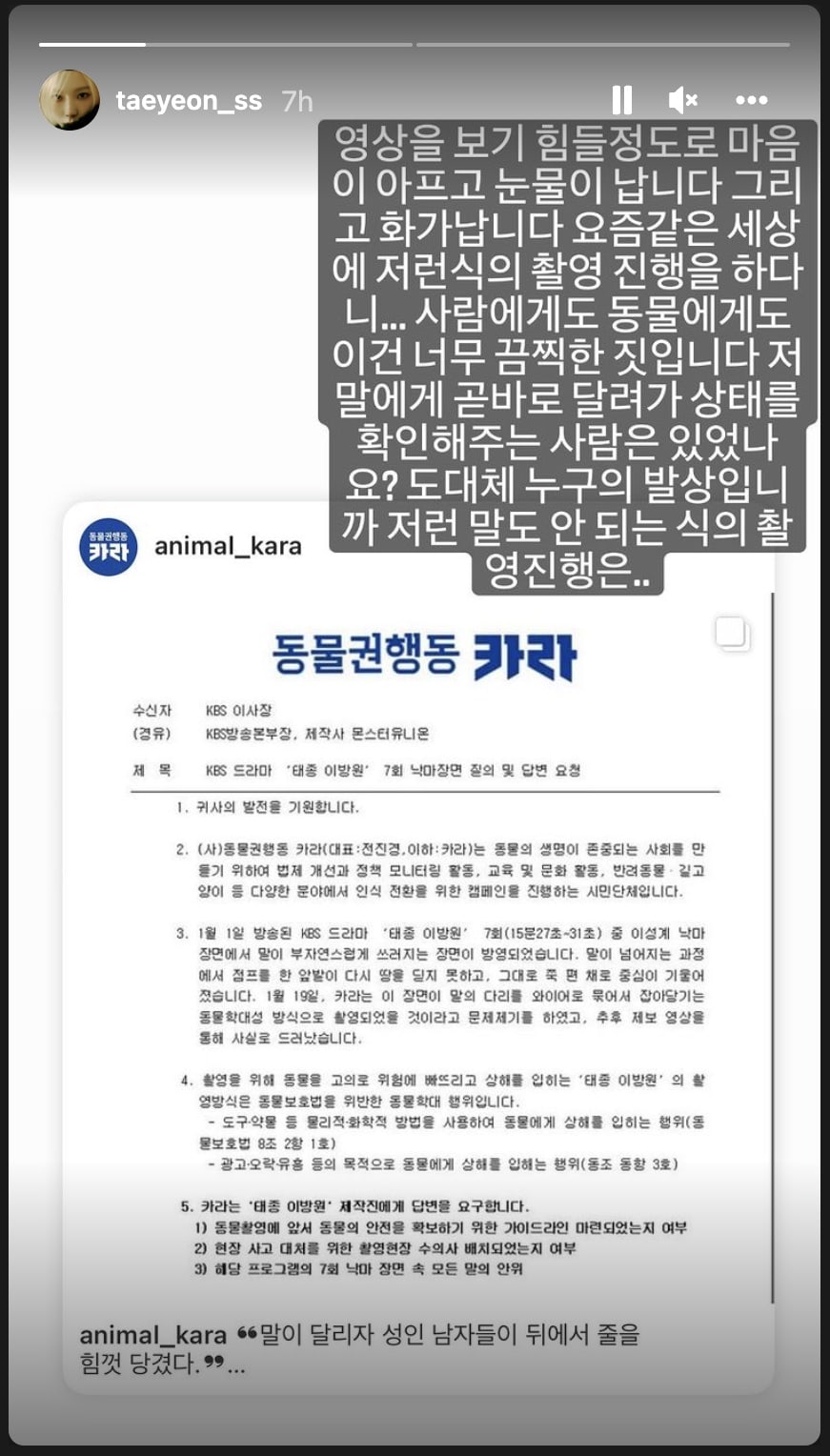 Actor Yoo Yeon Seok also spoke out about the controversy on social media, writing that productions should ensure the safety of animals as well as stunt actors instead of prioritizing money and time.

“The King of Tears, Lee Bang Won” is not airing this week.

Girls' Generation
Taeyeon
The King of Tears Lee Bang Won
How does this article make you feel?