On January 26, the main cast of “Rookie Cops” attended an online press conference!

The director shared, “[‘Rookie Cops’] takes place at police university and is about the dreams, love, and friendship of youth all in one. It’s a drama that can make older viewers reminisce again about their youth. The script does a good job capturing the life of university students these days.”

He added, “Within an unusual university like a police academy, we drew out what kind of lives [students] live and what kinds of classes they take. It shows how these students contribute to the country as they receive national scholarships, unlike typical university students. It contains concerns regarding how bureaucratic people and youth, who are just starting to learn about life, can bring change to the world. We focused on creating a drama you can watch comfortably that does not have any villains.”

Kang Daniel plays Wi Seung Hyun, an honors freshman starting at the Korean National Police University at the top of his class. He commented, “I think Wi Seung Hyun is the image you think of when you say ‘hot-blooded cop.’ He cannot bear it when he sees injustice, but is a lot more shy than you would think. He whines to his classmates and friends, but also takes good care of them. Although he’s at the top of the class, he’s not that perfect of a character, so I was able to have fun [playing the role].”

He continued, “The character [of Wi Seung Hyun] is quite different from me. What I focused on most and had the most greed for were inevitably the action scenes. People only remember seeing me perform on stage, but this is my first time using my body like this. When I was attending action school, the coach even said to me, ‘You’ve never done this before, right?’ I’m not very good, but I tried very hard. In certain situations, Wi Seung Hyun has to be in control, so I tried my best to showcase that side of him well.”

Chae Soo Bin cut her hair short for the role of Go Eun Gang, a problematic student who enrolls at the police university to follow her one-sided crush. The actress explained, “She’s straightforward and does not hesitate to act. She has a strong sense of justice and doesn’t think back and forth. The way she just improvises is similar to me, but I have a lot of thoughts and worries while Eun Gang doesn’t. While acting, because Eun Gang was behaving in ways that I wouldn’t be able to, it was fun and I felt a rush.” She added, “This is my first time trying this kind of styling, but I wanted to showcase the bright and lively energy of a young person.” 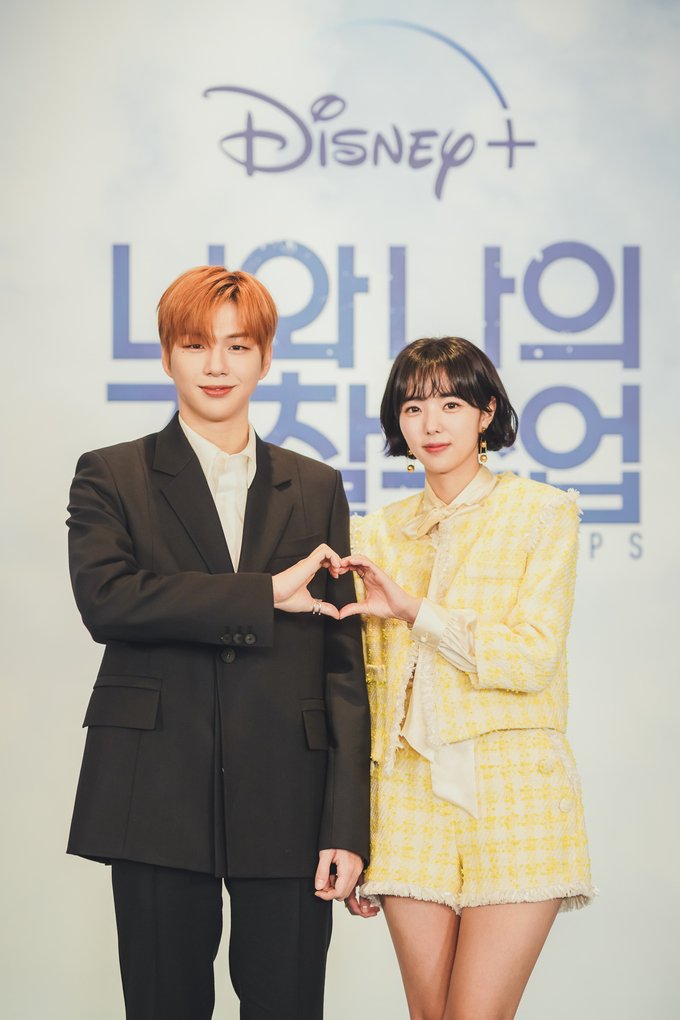 Regarding his character Kim Tak, Lee Shin Young shared, “He’s a former teenage national judo athlete but due to personal reasons, he gives up on his dream and enrolls at the police university. That’s where he meets new friends and experiences inner growth.”

In a previous character introduction, Kim Tak was explained to be no fun. Lee Shin Young addressed this, saying, “Honestly, while filming, I thought the character of Tak was fun. I figure that he was introduced like that because he’s emotional and has some peculiar aspects. If you watch while focusing on the change in Tak’s state of mind before and after he enrolls at the police university, you’ll be able to see Tak’s transformation and his relationships.”

To introduce her role, Park Yoo Na shared, “Ki Han Na is quiet and aloof. She’s a character who doesn’t even bother talking to anyone that won’t be of help to her. Instead of focusing on the past, she works to create her own present and future.”

Park Yoo Na continued, “I think our synchronization is at about 10 percent. Han Na doesn’t have a lot to say and has a blunt personality, but I’m not like that. I look cold when I’m just standing still, but once we start talking, I’m the type to become more lively and active, so I’m different from Han Na. That’s why it was hard while acting.” 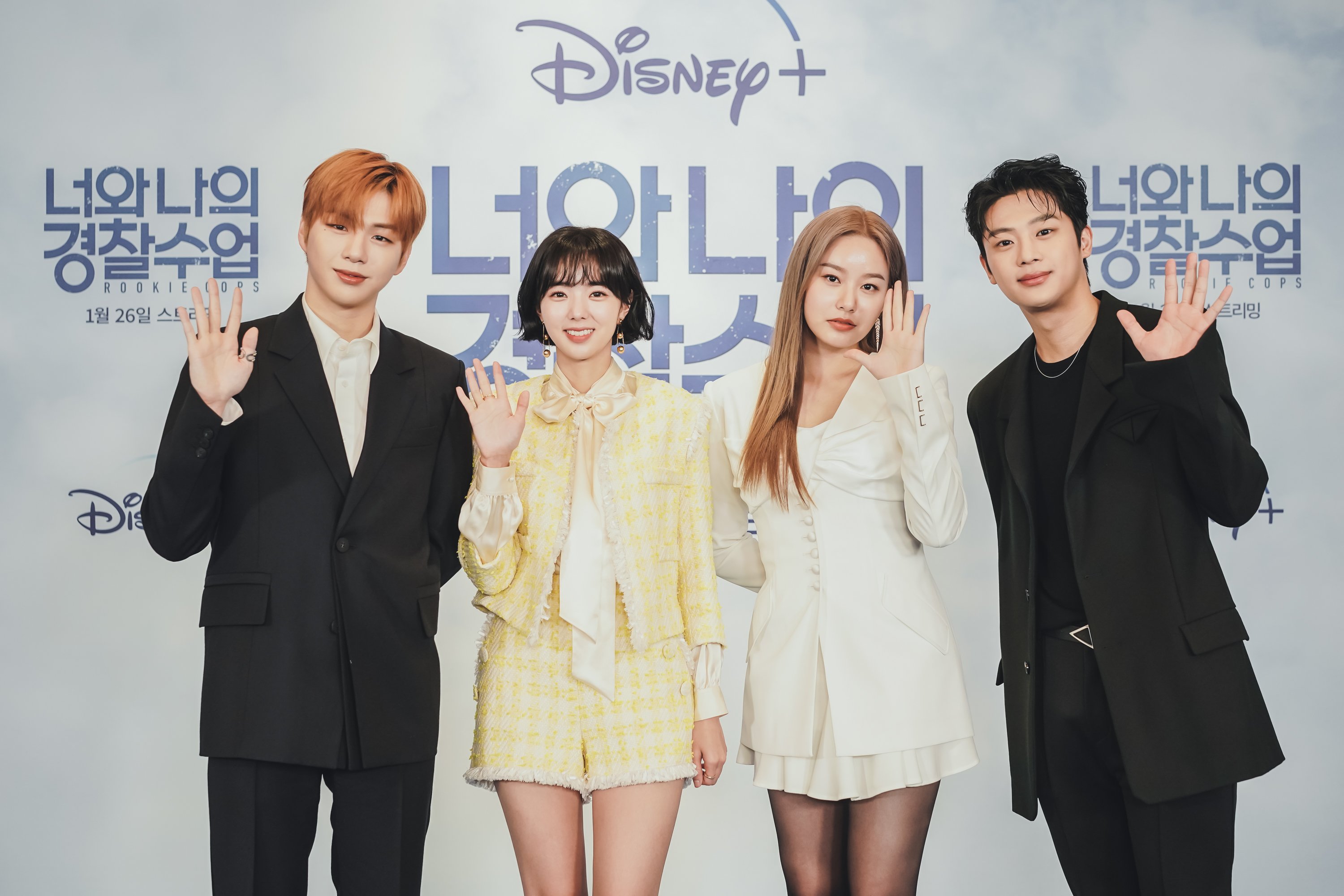 On making his acting debut, Kang Daniel shared, “Throughout the last three years, I was asked numerous times if I would consider acting. Each time, I said, ‘Acting is a professional field and I think it’s a field for actors, so I will think about it some more and try my best if the opportunity arises.’ I also receive a lot of scripts. However, once I read the script for ‘Rookie Cops’ and saw the chemistry between people my age, I had a feeling it’d be my last youth project, so I said I wanted to do it.”

Chae Soo Bin shared, “It’s a project with a lot to see. Your mood will improve the entire time you’re watching. Please watch lots and give the drama lots of love.” Finally, Kang Daniel commented, “I think this is a project that captures the natural charms that come through in a youth drama. I hope people watch lots and enjoy it.”

The first two episodes of “Rookie Cops” were released on Disney+ on January 26. Check out a teaser for the drama here!

In the meantime, watch Lee Shin Young in “Awaken” below: