On the latest episode of “Yoo Hee Yeol’s Sketchbook,” MAMAMOO’s Wheein talked about what it’s like to have VIXX’s Ravi as the CEO of her agency!

Wheein appeared as a guest on the February 4 episode of the KBS music talk show, where she performed her new solo track “Make Me Happy” and chatted with host Yoo Hee Yeol.

Last year, Wheein was the only member of MAMAMOO who chose to part ways with RBW following the expiration of her contract, though she signed an extended agreement with the agency to continue to promote with the group. A few months later, she officially signed with THE L1VE, a brand-new agency founded by Ravi that also houses Ailee. 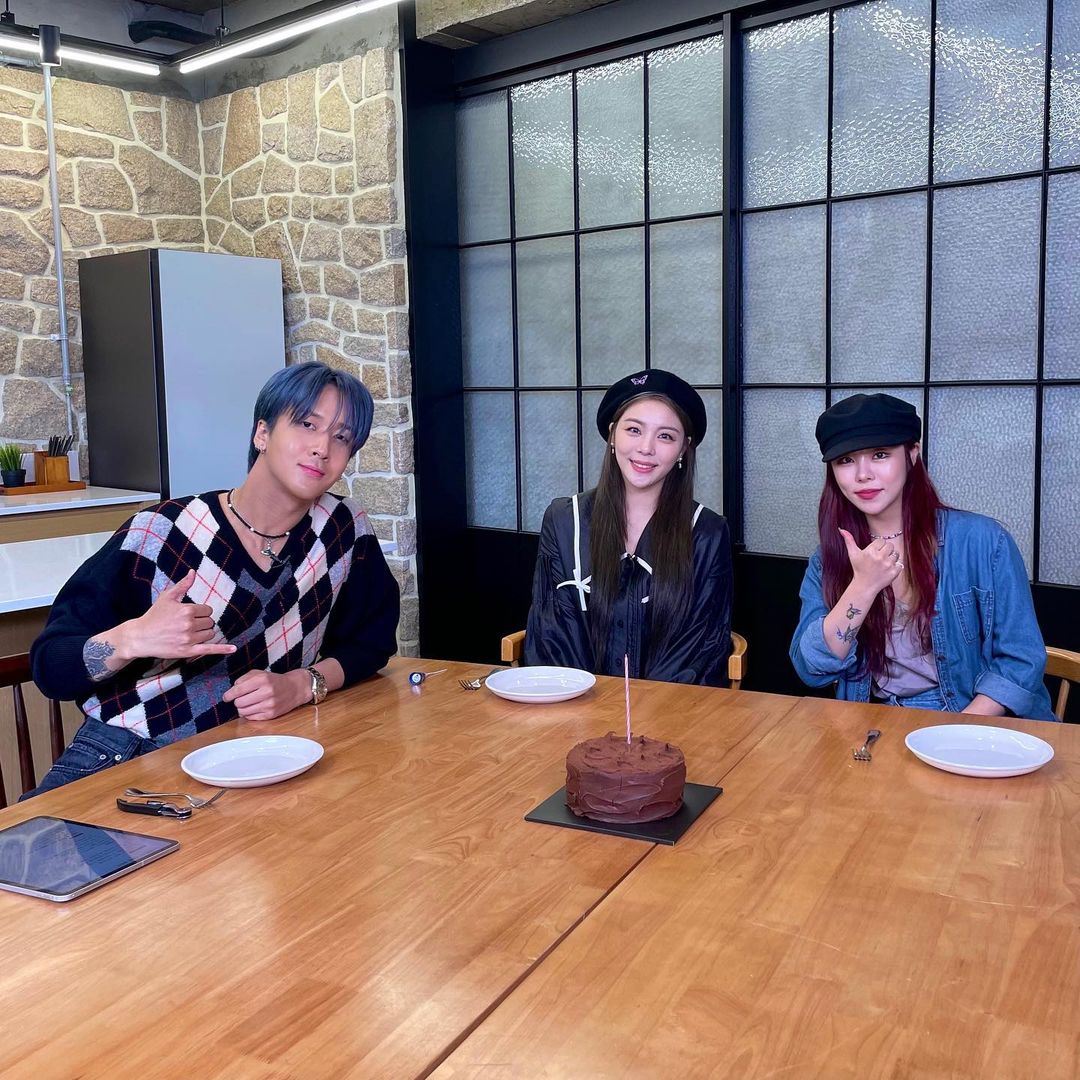 During the show, Yoo Hee Yeol brought up the fact that Wheein had recently switched agencies and asked, “The CEO of your new label is Ravi. What’s CEO Ravi like?”

Wheein replied, “He’s very considerate and respectful. He makes people feel comfortable. He gave me a really friendly, familiar vibe, as if he were someone I’d known for a very long time.”

When asked whether he helps out with his artists’ work, Wheein shared, “You know the really tiny details that people wouldn’t expect him to have paid attention to? Things like the font arrangement, the placement of photos, the size of [text and pictures], those kinds of things. He even gets involved in deciding and discussing those tiny details.”

Yoo Hee Yeol jokingly noted that so much involvement from a CEO might be tiring for an artist, but Wheein responded with a laugh, “Thankfully, in my case, our tastes match really well. Also, fortunately, aside from our tastes matching well, he isn’t stubborn about those kinds of things. If the majority agrees on something that goes against his opinion, he’ll coolly give up and let it go on the spot.”

As for why she had decided to switch labels, Wheein explained, “Including my trainee days, I spent over 10 years in the same place at my previous agency. I think I was at a moment where I needed to be invigorated by new things in a new and refreshing environment.”

In addition to a special live-band version of her new song “Make Me Happy,” Wheein also performed a cover of Park Jin Young’s “Fever,” as well as a snippet of her ballad “I Wish” from the soundtrack of the drama “The Red Sleeve.”

Check out clips of all of Wheein’s performances below!

…and watch “The Red Sleeve” below!