The upcoming tvN drama “Kill Heel” has shared a glimpse of Kim Ha Neul in character!

“Kill Heel” depicts the fierce world of home shopping. It will center around women surviving in a world of competition and power that involves show hosts with diverse personalities.

The new stills show two different sides of Woo Hyun. On the home shopping stage where she has to play a beautiful and lively host on live TV, she shines brighter than anyone else. She beams with confidence, and her eyes twinkle with energy. She was once successful enough to be considered the best host of UNI Home Shopping, but due to an unforeseen event, everything changes in an instant. 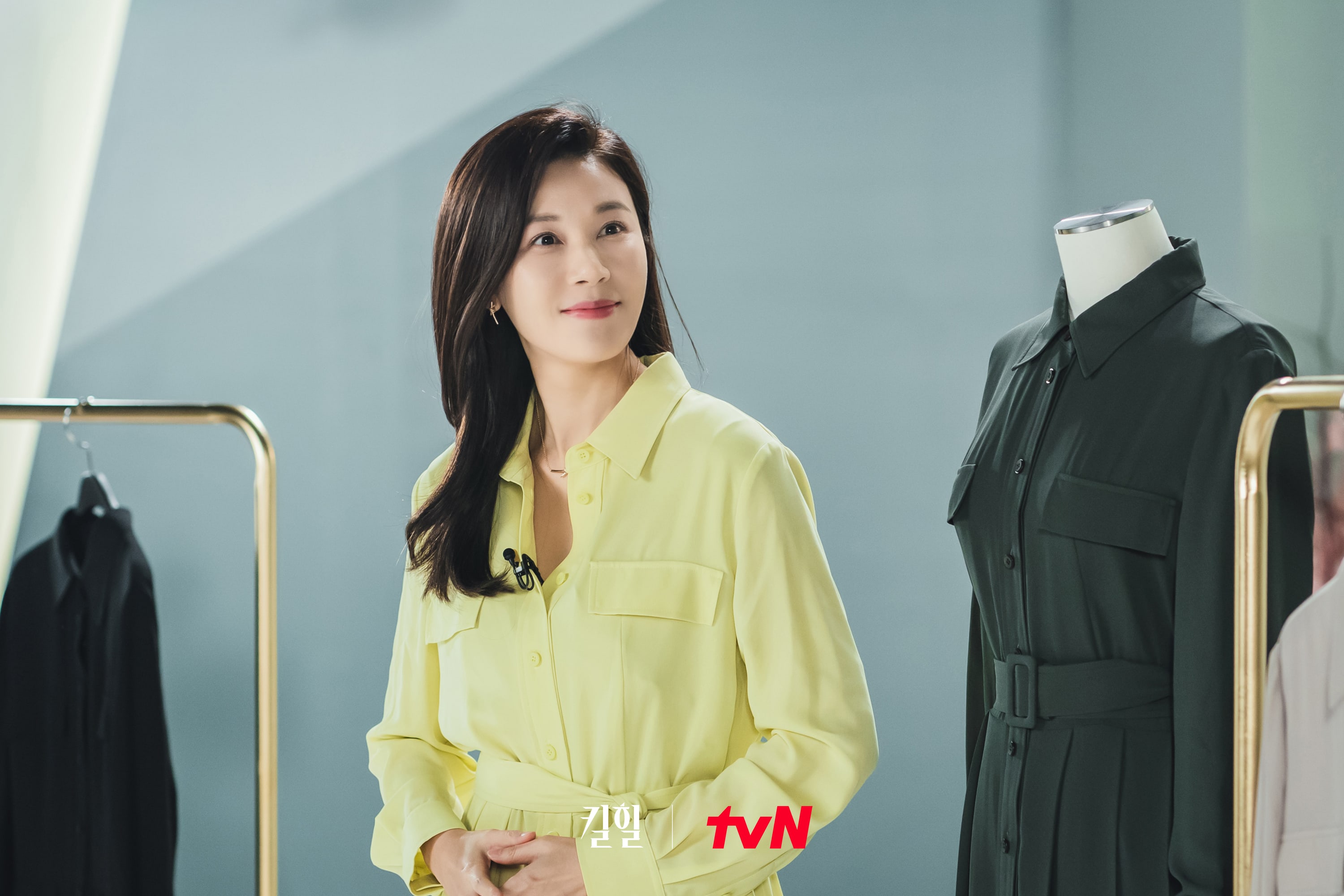 The second photo shares a glimpse of Woo Hyun’s unstable life. She seems to be in an uneasy situation, and she’s staring at someone while gripping her blazer. It’s obvious she’s in terrible distress, and her eyes are round with anxiousness that shows she’s caught in some kind of desperate conflict. What kind of situations will Woo Hyun face as she struggles to reach the top? 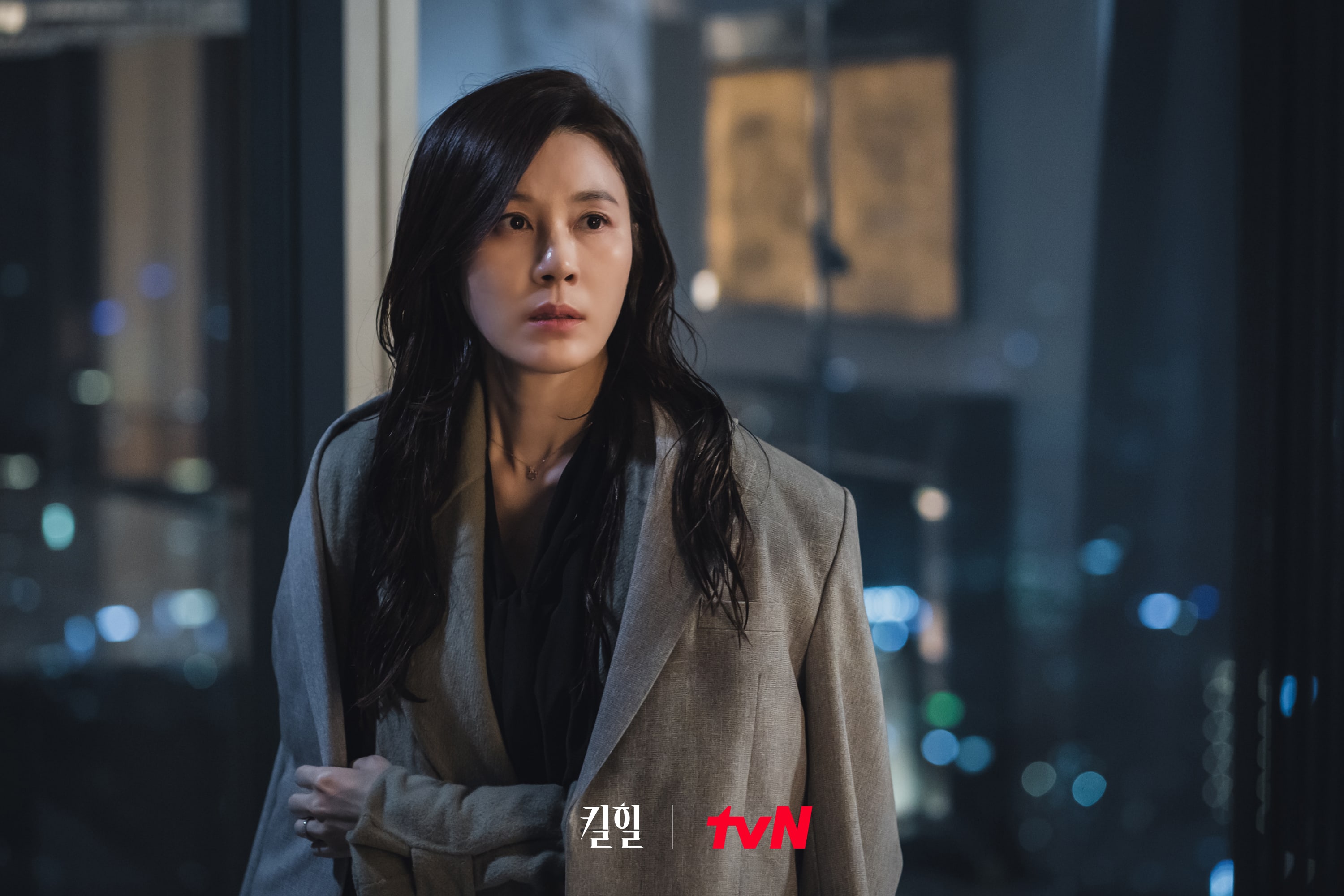 Kim Ha Neul shared the reason why she chose to star in “Kill Heel,” saying, “I was drawn to the interesting script that was hard to tell what would happen next. It was also intriguing to see Woo Hyun take the lead in situations that she faced due to her desires and overcome them as well as the process of her falling at times and getting through [conflicts] again.”

The actress added, “There are many situations where [viewers will get] confused whether Woo Hyun is good or evil. Sometimes, you’ll cheer for her when she’s ‘evil,’ and sometimes, there will be strange moments even when she’s ‘good.’ I wanted to naturally portray those points.”

While waiting, check out Kim Ha Neul in “18 Again“:

Kim Ha Neul
Kill Heel
How does this article make you feel?