In its final week on air, tvN’s “Bulgasal” dominated the rankings of the most buzzworthy dramas and cast members!

For the first week of February, “Bulgasal” rose to No. 1 on Good Data Corporation’s weekly list of the dramas that generated the most buzz. The company determines each week’s rankings by collecting data from news articles, blog posts, online communities, videos, and social media about dramas that are either currently airing or set to air soon.

Not only did “Bulgasal” top the list of most buzzworthy dramas, but its stars also continued to dominate the actor list this week: Lee Joon came in at No. 1, Lee Jin Wook at No. 2, Kwon Nara at No. 6, and Gong Seung Yeon at No. 8.

Meanwhile, SBS’s “Through the Darkness” rose to No. 3 on the drama list this week.

In addition to tvN’s “Ghost Doctor” climbing to No. 4 on the drama list, stars Kim Bum and Rain also shot up the actor rankings this week, claiming No. 7 and No. 9 respectively.

Finally, JTBC’s “Artificial City” and its star Soo Ae swept the No. 5 spot on both lists.

The top 10 dramas that generated the most buzz in the first week of February are as follows: 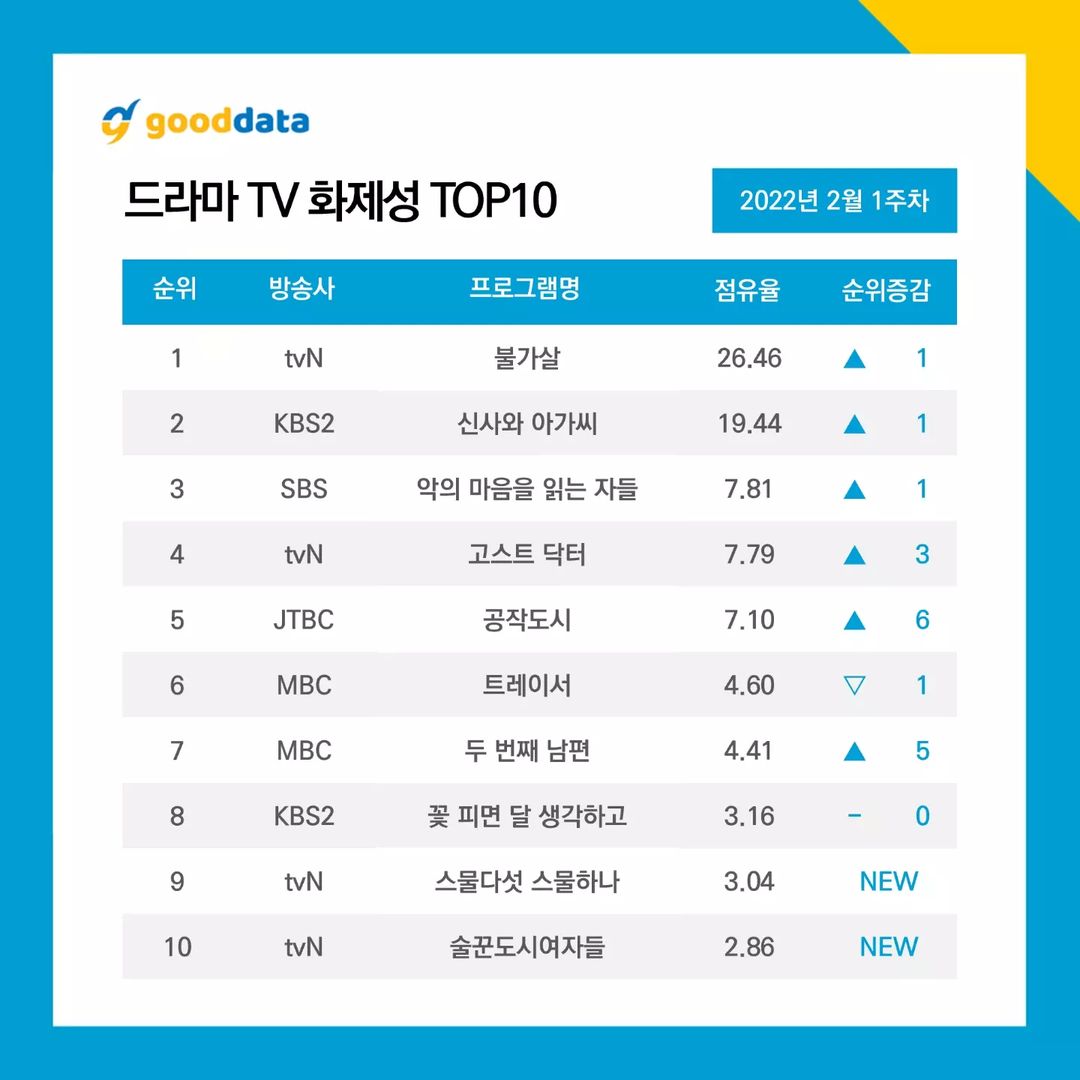 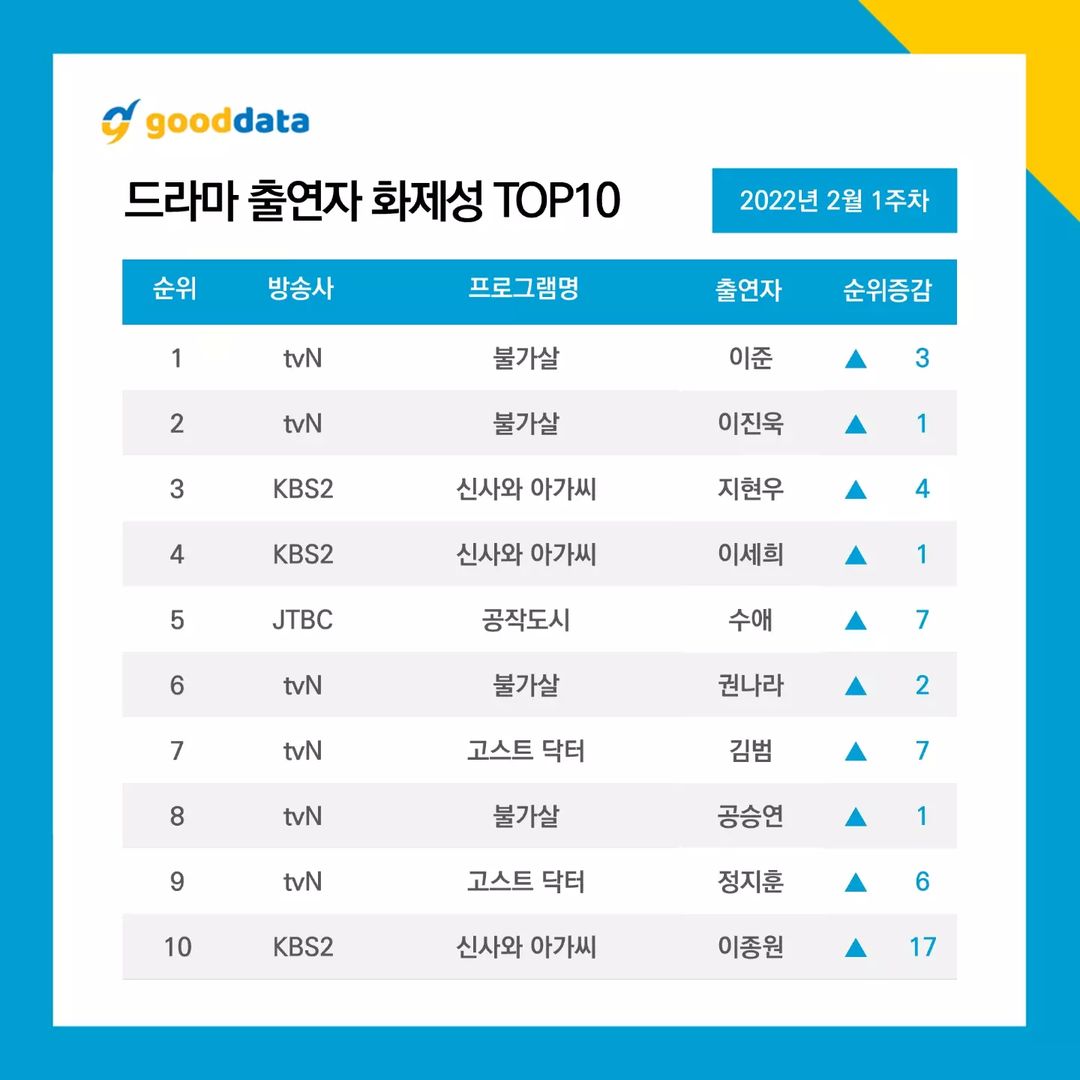 …and “Artificial City” below!