Kim Sejeong’s character will be making a glamorous transformation in SBS’s upcoming drama “A Business Proposal”!

Based on a popular web novel that has been adapted into a webtoon, “A Business Proposal” is a romantic comedy about an office employee who goes on a blind date with her company’s CEO in place of a friend while hiding her identity. Ahn Hyo Seop will star as chaebol heir Kang Tae Mu, who has everything from looks and brains to wealth and business savvy. Meanwhile, Kim Sejeong will star as food researcher Shin Ha Ri, who stands in for her best friend and chaebol heiress Jin Young Seo (Seol In Ah) at a blind date with Kang Tae Mu.

In stark contrast to the previously released stills of Shin Ha Ri at work as an ordinary researcher, the new photos show the character adopting a fake “sexy femme fatale” persona to meet with Kang Tae Mu while pretending to be her friend Jin Young Seo. Dressed stylishly and oozing glamour from head to toe, Shin Ha Ri is ready to try and scare off Kang Tae Mu so her friend won’t have to marry him—but things don’t go exactly as she’d hoped.

The producers of “A Business Proposal” commented, “Kim Sejeong is delightfully portraying Shin Ha Ri as she switches back and forth between her real self and her alter ego. The way the real Shin Ha Ri occasionally pops out by accident while she’s in character as her femme-fatale alter ego is both lovable and cute. Please look forward to seeing how Kim Sejeong acts as her character’s real self and her polar-opposite alter ego.” 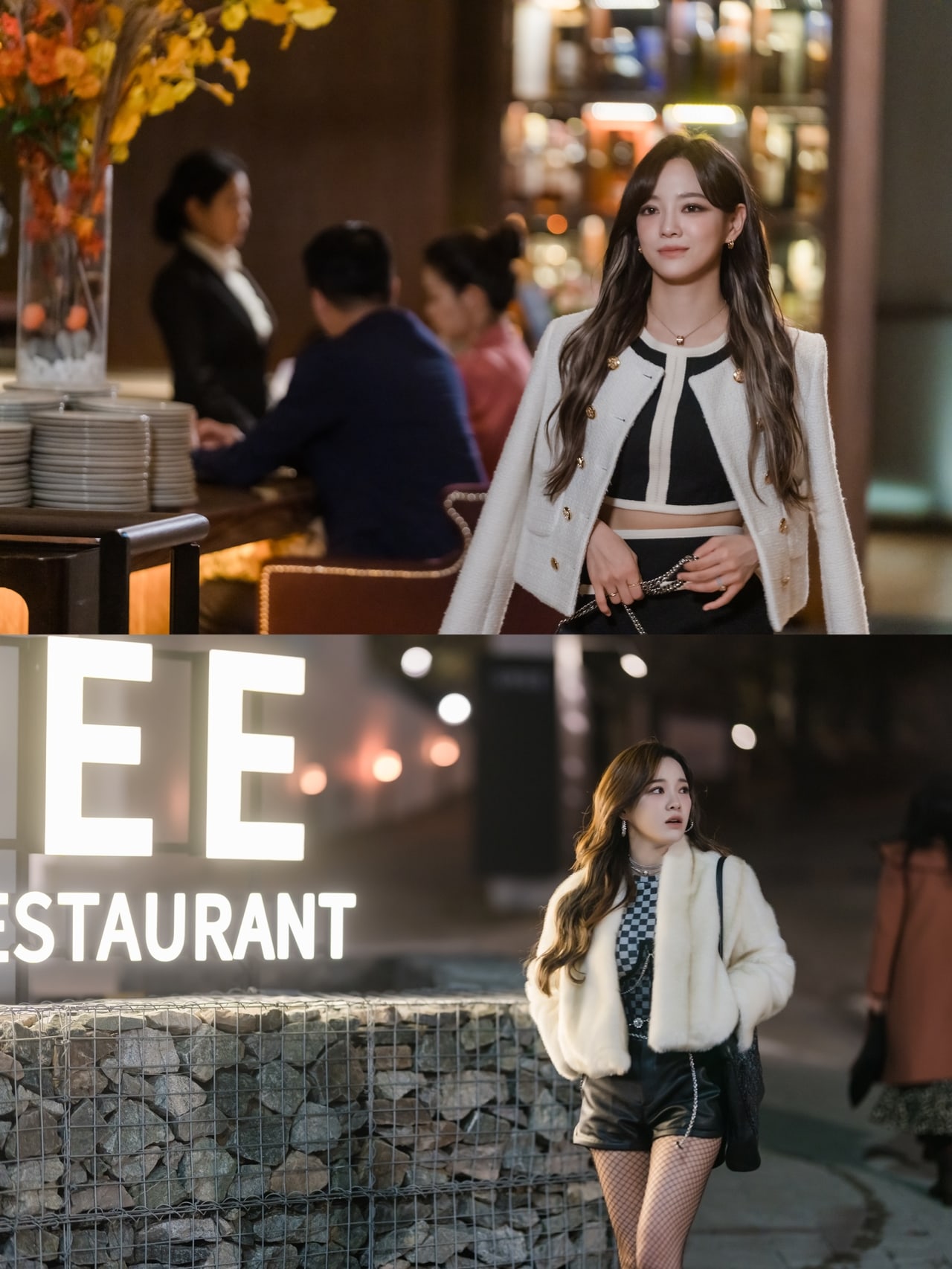 In the meantime, watch Kim Sejeong in “I Wanna Hear Your Song” below!

Kim Sejeong
A Business Proposal
How does this article make you feel?