Kahi Talks About Her Emotional Journey On “Mama The Idol,” Support From After School Members, And More

After School’s Kahi talked about “Mama the Idol” and her feelings after the end of the show.

“Mama the Idol” is a tvN variety show about the return of legendary stars who are also mothers. After taking some time off to give birth and raise their children, they made a comeback as shining idols through the program. Female stars who were once active as girl group members or actresses received training to be produced into a new girl group.

Kahi, originally known best as a member of the girl group After School, graduated from the group back in 2012 and recently impressed with her consistent dance skills. M.M.D (which stands for “MAMADOL”) is the new group formed through “Mama the Idol” and consists of Jewelry’s Park Jung Ah, Wonder Girls’ Sunye, After School’s Kahi, Baby V.O.X Re.V’s Yang Eun Ji, Byul, and Hyun Jyuni. The group recently performed their new song “WooAh HIP” on “M Countdown.” 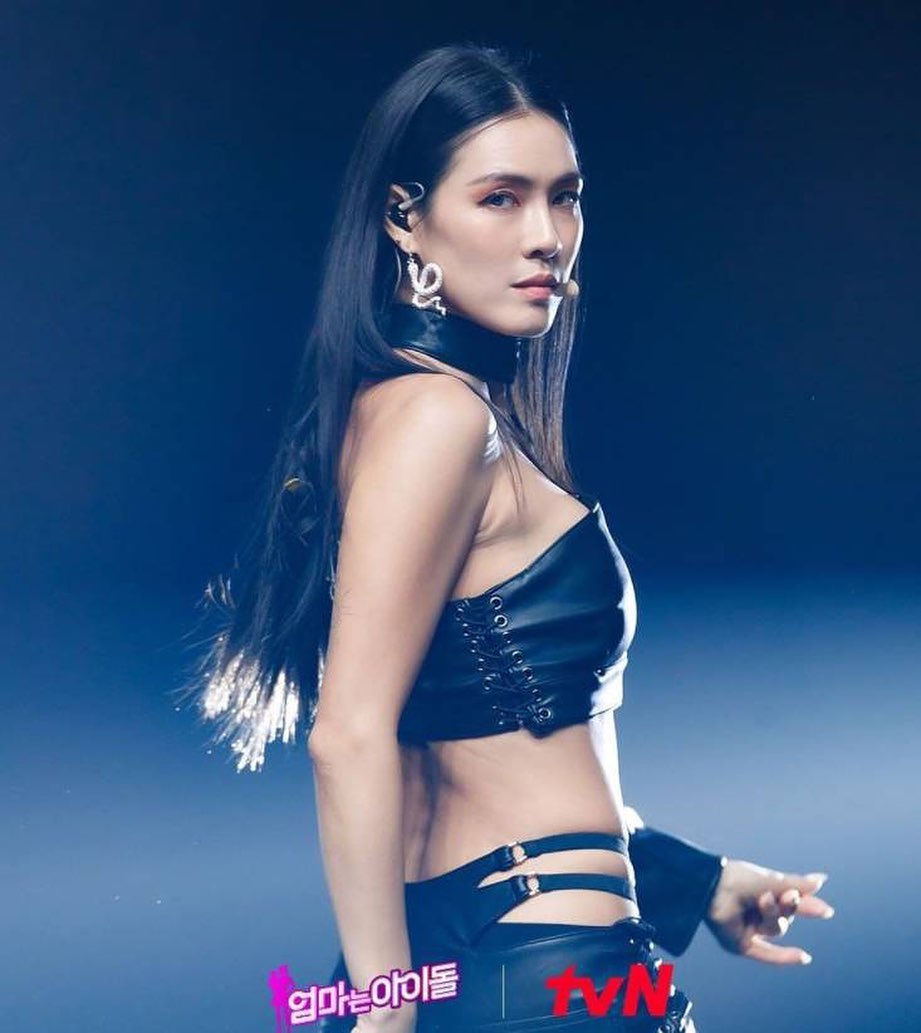 Kahi commented on her decision to join the show, saying, “This wasn’t something I could just do once and come back, so I had to be realistic. My heart was telling me to say yes, but there was a lot to consider.”

The artist made the difficult decision of leaving her new home in Bali for the time being, and she and her family made a big sacrifice for these three to four months. “When I told my husband about the show, I felt like he was able to read how much being on stage means to me after having finished with After School. He took care of the kids and supported me a lot. We’re planning to return to Bali at the end of March, but it’s not confirmed.”

Kahi went through a lot of ups and downs while she was on the program. She showed off her charismatic side while performing, but she also received a low grade for her vocal skills. “I didn’t think that I was being judged. It was more like a reality check for me. I was quite confident, so it was pretty shocking because I didn’t think I’d receive a low grade for my vocals. I wanted to be judged by Park Sun Joo and Bae Yoon Jung because they’re professionals themselves.”

Eventually, Kahi redeemed herself when she received a high grade for her performance of “Wind Song.” She shared, “I wanted to show them what I got. I thought that this was a great opportunity to do so and not a coincidence. It’s a song I could have sang without any meaning behind it, but I felt a greater sense of responsibility and pressure, so I was very nervous.” 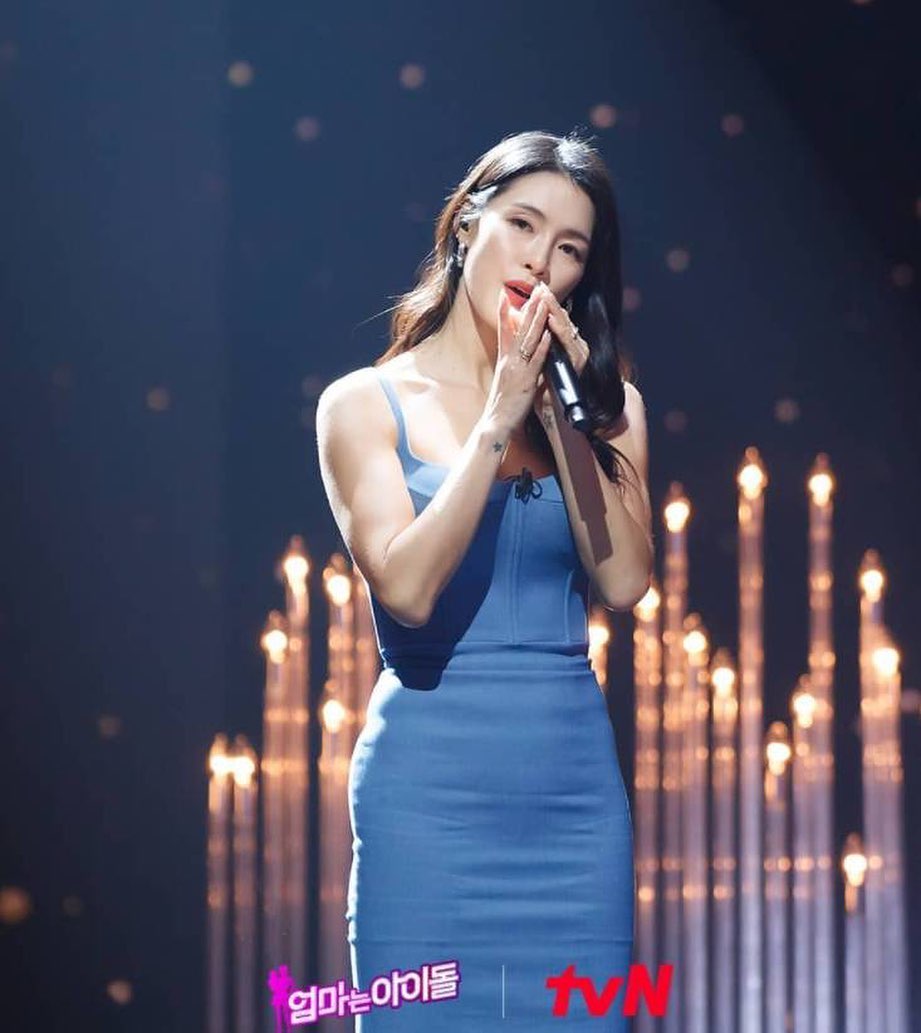 Aside from Byul, Kahi had never met the members of M.M.D prior to the show. The members quickly became close with motherhood being their common ground. “We try to understand and be considerate of the children and devote ourselves to our family. I think that’s why we were able to do the same for each other with that common ground already being established.”

Kahi worked with Hyun Jyuni as a team for the main dancer selection performance and showed off her voguing skills. “Hyun Jyuni was under a lot of pressure. She wanted to do well. I wanted to give her courage after seeing her having a hard time. She did great in actuality, and voguing suit her well. I was touched to see her happy when dancing no matter how hard it got for her.”

Kahi pulled the team together as the oldest member of the group. “I wanted to do well for the team. This doesn’t work with just one person doing well. Working with different people and making it work is what makes a team. That’s the most difficult but important thing.”

When asked what she talked to Sunye about since Sunye will be going back to Canada after the show, Kahi replied that she told her to continue her activities even when she’s back in Canada. She shared, “I want to tell her that I’m thankful that she made the difficult decision to come here and that she did an excellent job.”

Kahi also talked about Park Jung Ah. “I was shocked when I saw her because she is so pretty but also because she’s a bit of a klutz. I want to thank her for reliably trying to understand everyone. I also loved that Byul always chattered in the back. I think things would have been hard without her. I’m thankful she had courage. Jyuni also must have had a tough time, but I’m thankful that she didn’t lose her energetic spirit. Eun Ji was always saying that she isn’t good enough, and she was worried about being a burden to us, but I want to tell her that she shined so brightly on stage.” 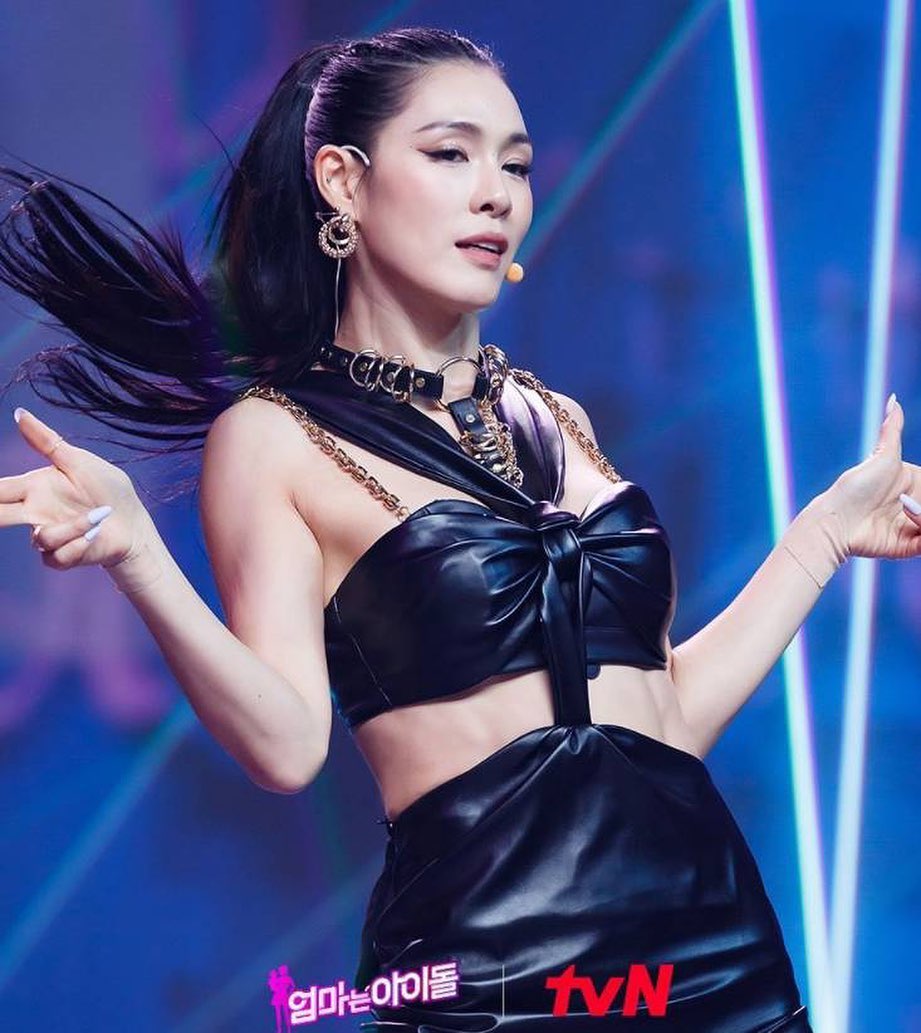 Kahi spent the last three months in Korea with her family. She expressed her gratitude towards her husband for helping her focus on the show. “He helped me a lot. It must have been difficult to take care of the kids and everything else at home alone, so I’m very grateful. My mother helped me out here and there as well. My kids love me so much. They tell me to perform in front of them and tell me that I’m cool.”

On completing the show, Kahi commented, “I loved it. I was nervous, but I don’t regret anything. Everything just came together so well.”

She also talked about what After School means to her. “It’s a part of my life. I can’t imagine my life without After School. I wanted to join the ‘BFF concert‘ on ‘Mama the Idol,’ but I wasn’t able to do so due to personal plans. All the members cried with me. After hearing their personal stories, I felt sorry about not being able to help them as a mother myself. The members cried a lot and told me that they were sorry.”

When asked who she would recommend if “Mama the Idol” came back with a second season, Kahi recommended After School’s Jung Ah. “I think she’ll love it. She’s a bit of a klutz, and she’s a kind person who takes care of everyone.”

Kahi briefly talked about her life in Bali as well. “Living in Bali changed my life a lot. I became more humble and thankful. I was able to focus on my family more and love them more. There are days when I feel empty because I can’t see my friends, but I enjoy my hobbies and live busily while uploading videos on YouTube. I’m truly satisfied with life.” 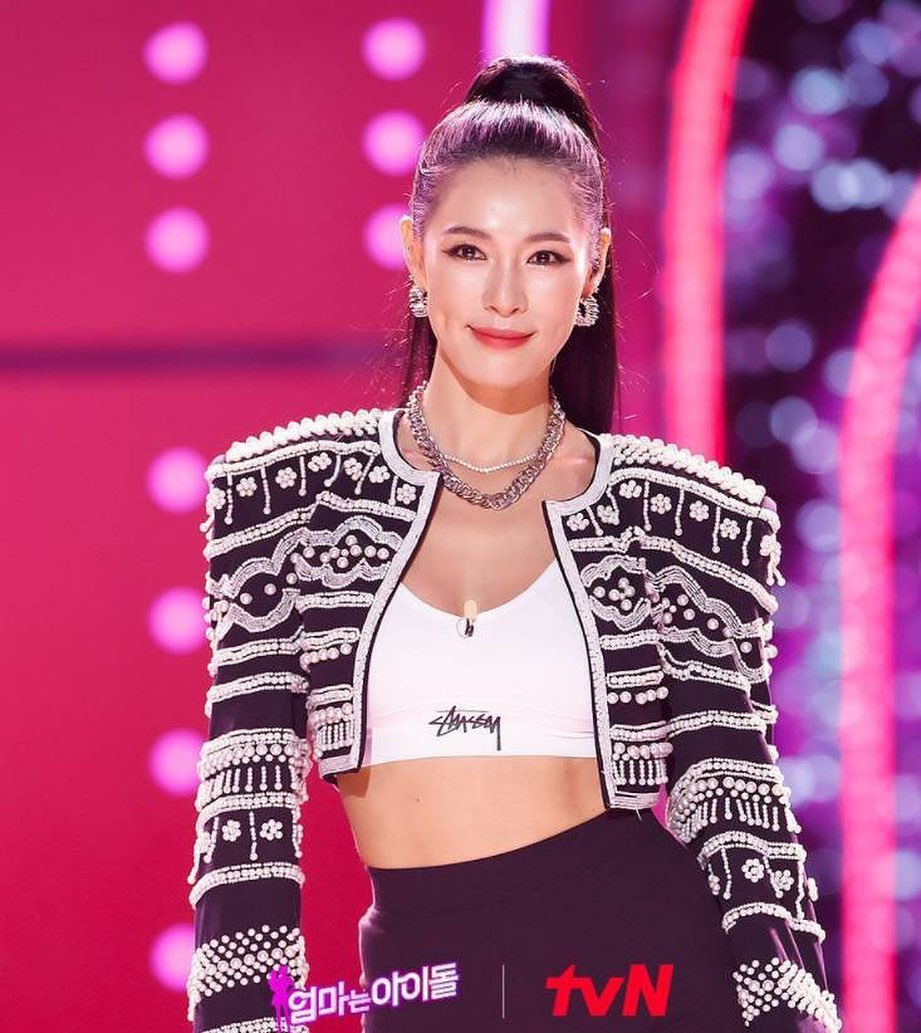 She also revealed the secret behind her dancing skills, saying, “There’s no talent that beats effort. I was able to dance well because I put effort into something that I enjoy. If I enjoyed it, but the effort wasn’t there, I don’t think I would’ve been able to come this far. I continuously went deeper and deeper, researched, and put in effort. I [work hard] because I like it.”

In terms of her future plans, Kahi said, “I’m not going to let go of music. In the past, I didn’t look or listen to music and performances because I was afraid that I’d miss it. I think I’ll be able to work on more detailed YouTube content that deals with K-pop dances. It’d be a bit rash to promise to come back to Korea to perform, but if the opportunity comes, I’ll work hard to put my best out there.”

Finally, Kahi thanked her fans, saying, “I’m thankful that this became an opportunity to show a different side of me with different performances. I’m so grateful that fans supported and loved even this side of me, and I don’t know what will happen in my life in the future, but I hope you all continue to support me.”

After School
Kahi
Mama the Idol
M.M.D
How does this article make you feel?