On February 16, BTS’s agency Big Hit Music announced through the fan community app Weverse that they will be holding the “BTS PERMISSION TO DANCE ON STAGE – SEOUL” concerts on March 10, 12, and 13. The concerts will be held offline and also be simultaneously viewable through online live streaming. 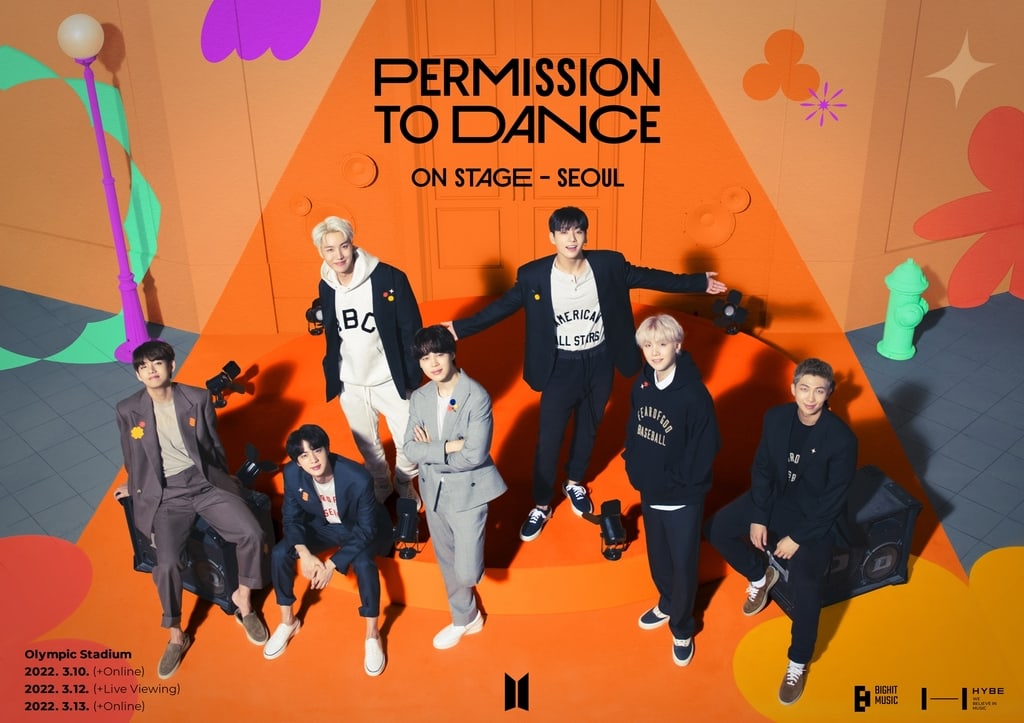 The concerts will be held in Seoul at the Olympic Stadium, and it will be the first time BTS is holding a concert in Seoul in two and a half years since their “BTS WORLD TOUR LOVE YOURSELF: SPEAK YOURSELF THE FINAL” performances in October 2019.

The offline concerts on March 10 and 13 will be simultaneously held with online live streaming, while the concert on March 12 will be broadcast through “live viewing” around the world via movie theaters.

Details on how to buy tickets will be released at a later date on Weverse.