A new poster for the upcoming Disney+ drama “Soundtrack #1” has been released!

The new poster continues to frame Lee Eun Soo and Han Sun Woo’s relationship as one of ambivalence. The two have been friends for many years but romantic feelings have begun to blossom within each of their hearts. The background of the poster is drawn in the style of an illustration from a book. The real images of the two characters themselves are placed in the picture, and both are writing something down in a notebook. Neither character looks at the other, but they both seem comfortable enjoying the other’s presence while working individually. To the left side of the poster, the words read “Are we lovers or friends?” questioning what direction their relationship will go. 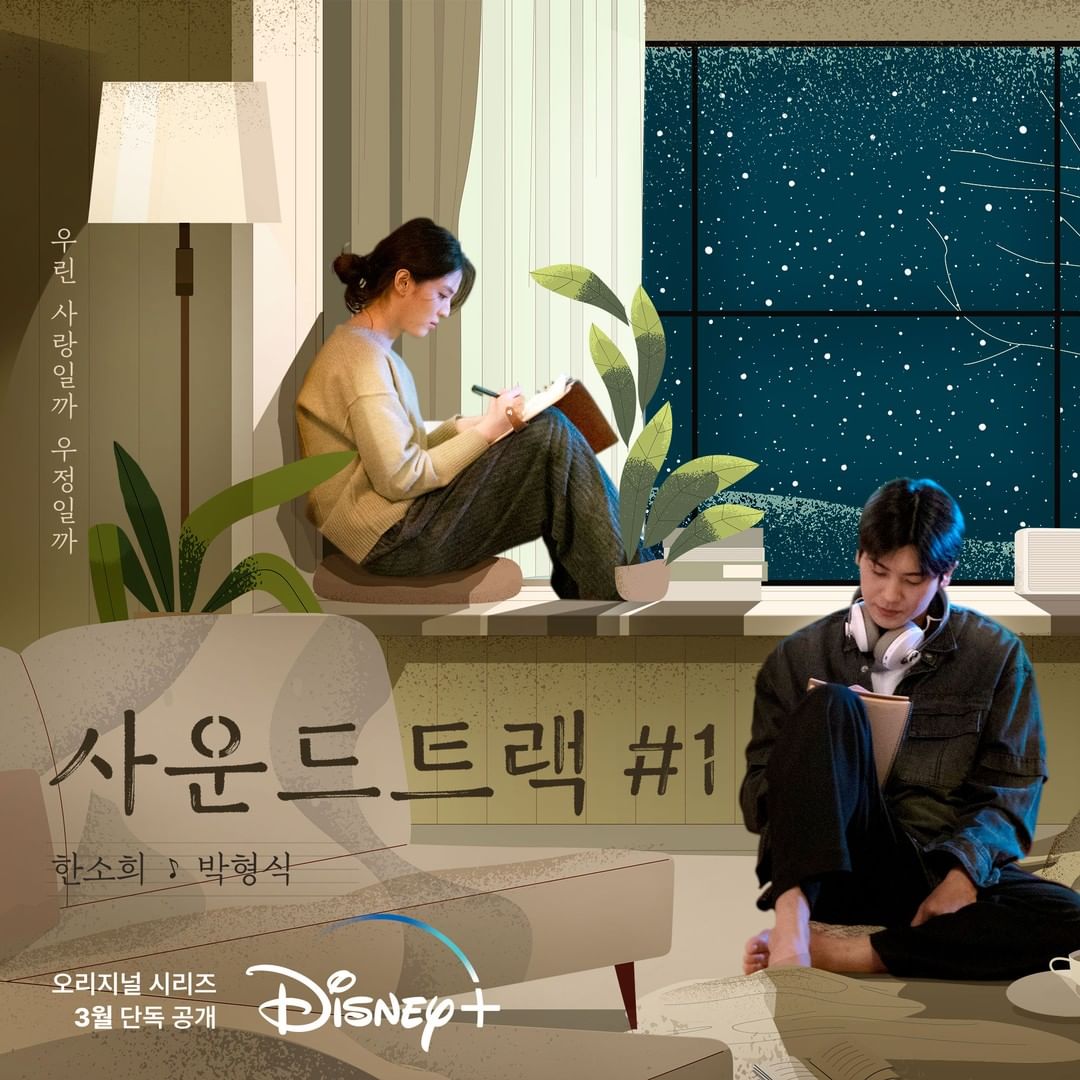 The production team said, “Our drama illustrates a relationship that is ‘between love and friendship’ of a man and a woman, who have been best friends for 20 years, in both exciting and affectionate ways. Through their extraordinary chemistry, Han So Hee and Park Hyung Sik delicately captured the emotions of the two main characters who are ‘between love and friendship.’ Please show a lot of interest and look forward to it.”

“Soundtrack #1” will be released on Disney+ in March. Watch a trailer for the drama here!