Kim Jae Wook stars as Noh Go Jin, the narcissistic CEO of the education company GOTOP and the top math instructor in the country with an IQ of 190. f(x)’s Krystal plays Lee Shin Ah, Noh Go Jin’s secretary who does not have much of a presence.

Previously, the drama unveiled a teaser poster of two figures of a bride and groom on top of a simple wedding cake. Although the wedding concept may seem sweet, blood flows down from the top of the cake. The groom figure stands calmly with his hands neatly clasped, but the bride figure threateningly holds a claw hammer in her hand. Furthermore, her white wedding dress is splattered with blood stains.

On February 16, “Crazy Love” dropped another version of that exact poster, except this time, it features the real characters instead of plastic figures.

Noh Go Jin looks clean cut in his tuxedo with his hair gelled back. His hands are neatly clasped together in front of him as if he’s trying to be polite. What is attention-grabbing though is his expression. He looks terrified as he glances sideways at Lee Shin Ah, who is standing beside him with a cold, stiff face. Furthermore, she is holding a claw hammer instead of a bouquet, and her wedding dress is stained with splashes of blood. Lee Shin Ah was nothing more than a timid secretary who struggled under Noh Go Jin’s arrogant, fiery personality. So viewers are eager to find out what made her undergo this shocking change. 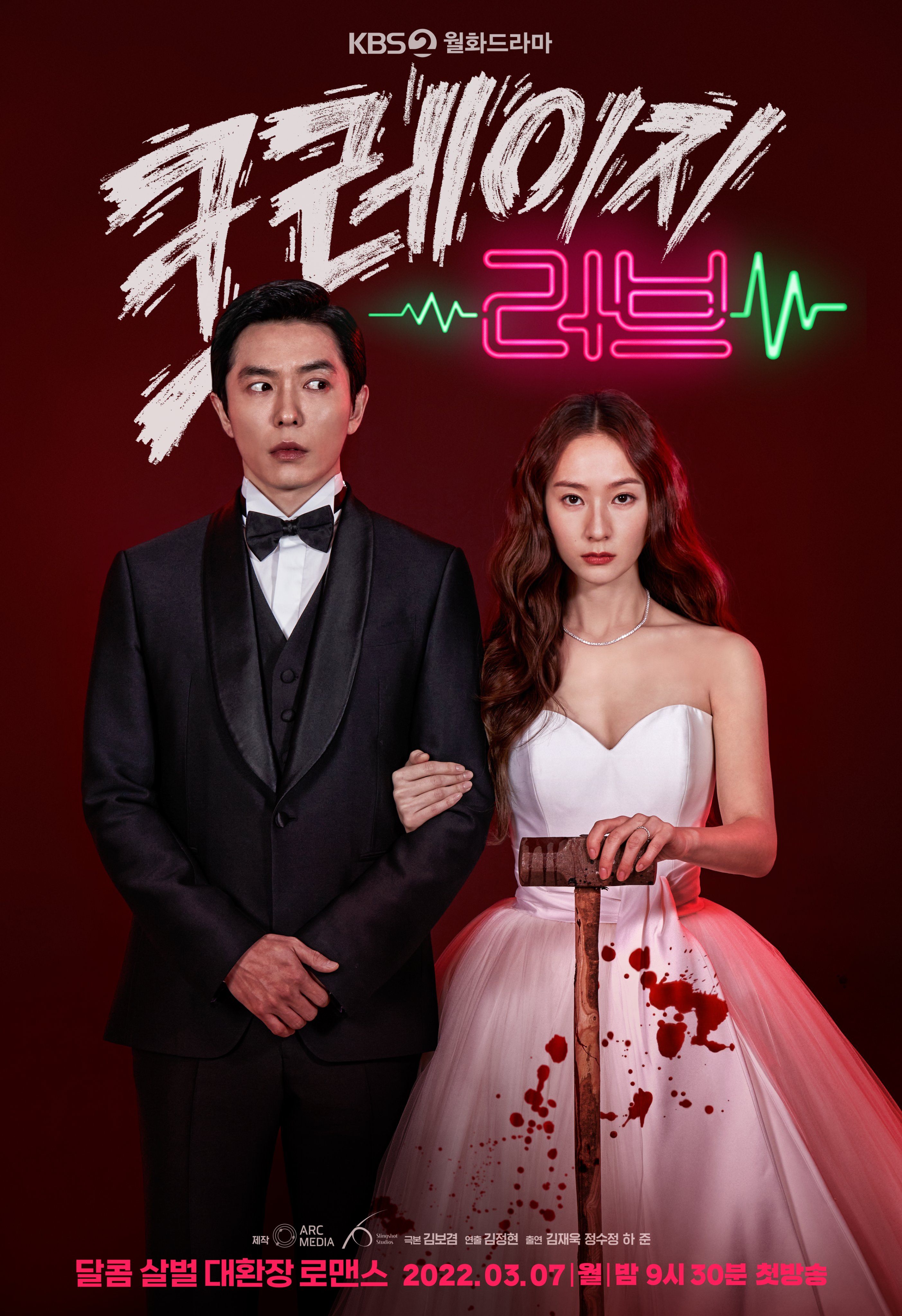 While waiting, check out Krystal in “Police University“: