New stills for the upcoming drama “Kill Heel” have been released!

“Kill Heel” is a drama about the fierce battle and endless ambition of three women in the world of home shopping networks whose greed only increases the higher they rise. Kim Ha Neul stars as Woo Hyun, who strives to escape her stagnant life by becoming the top show host for UNI Home Shopping. Lee Hye Young stars as Mo Ran, a woman who climbed from her humble beginnings as a clerk to the top as the vice president of UNI Home Shopping. Kim Sung Ryung stars as Ok Sun, a show host at UNI Home Shopping who seems to have the perfect life with her famous politician husband and her adorable son.

The new stills feature supporting characters Hyun Wook (Kim Jae Chul), Jun Beom (Jung Eui Jae), Sung Woo (Moon Ji In), and In Guk (Jeon No Min). Viewers are curious to find out what kind of relationship these characters will have and how they will interact with the main characters.

Hyun Wook, the president of UNI Home Shopping, is a man who knows how to use people to his advantage like pieces in a chess game. However, he begins to change after meeting Woo Hyun. In his picture, Hyun Wook looks sternly at something off camera, beaming with self-confidence through his posture. 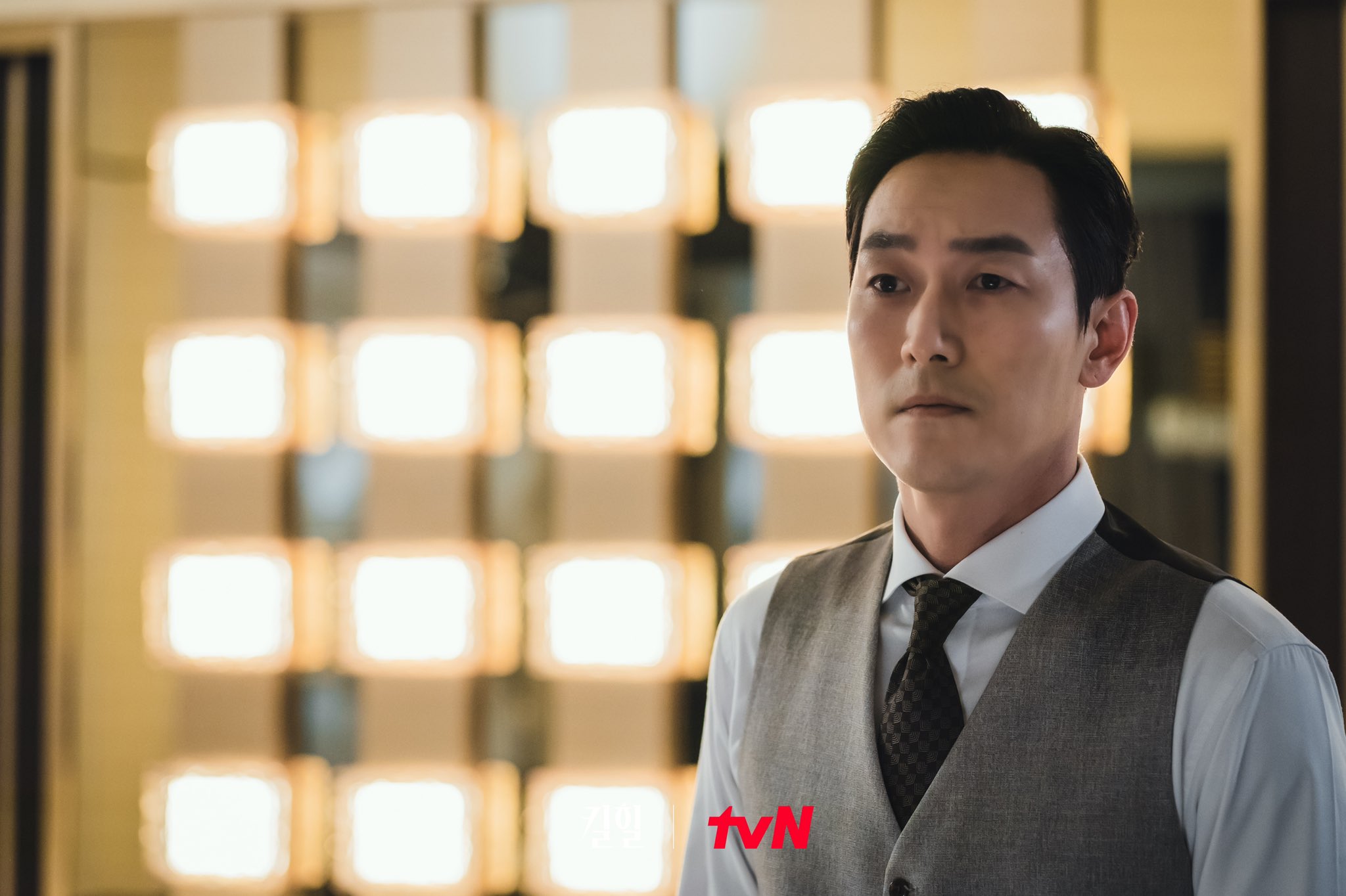 Jun Beom, a producing director (PD) for UNI Home Shopping, is a rising influential figure who can easily smell power and influence. After seeing how dangerous Woo Hyun can be, he begins to feel something towards her and leads the war between the three women in an unexpected direction. His risky relationship with Woo Hyun will be an interesting point in the show. In his still, Jun Beom sits behind a control board in a studio, staring intently at someone off camera. 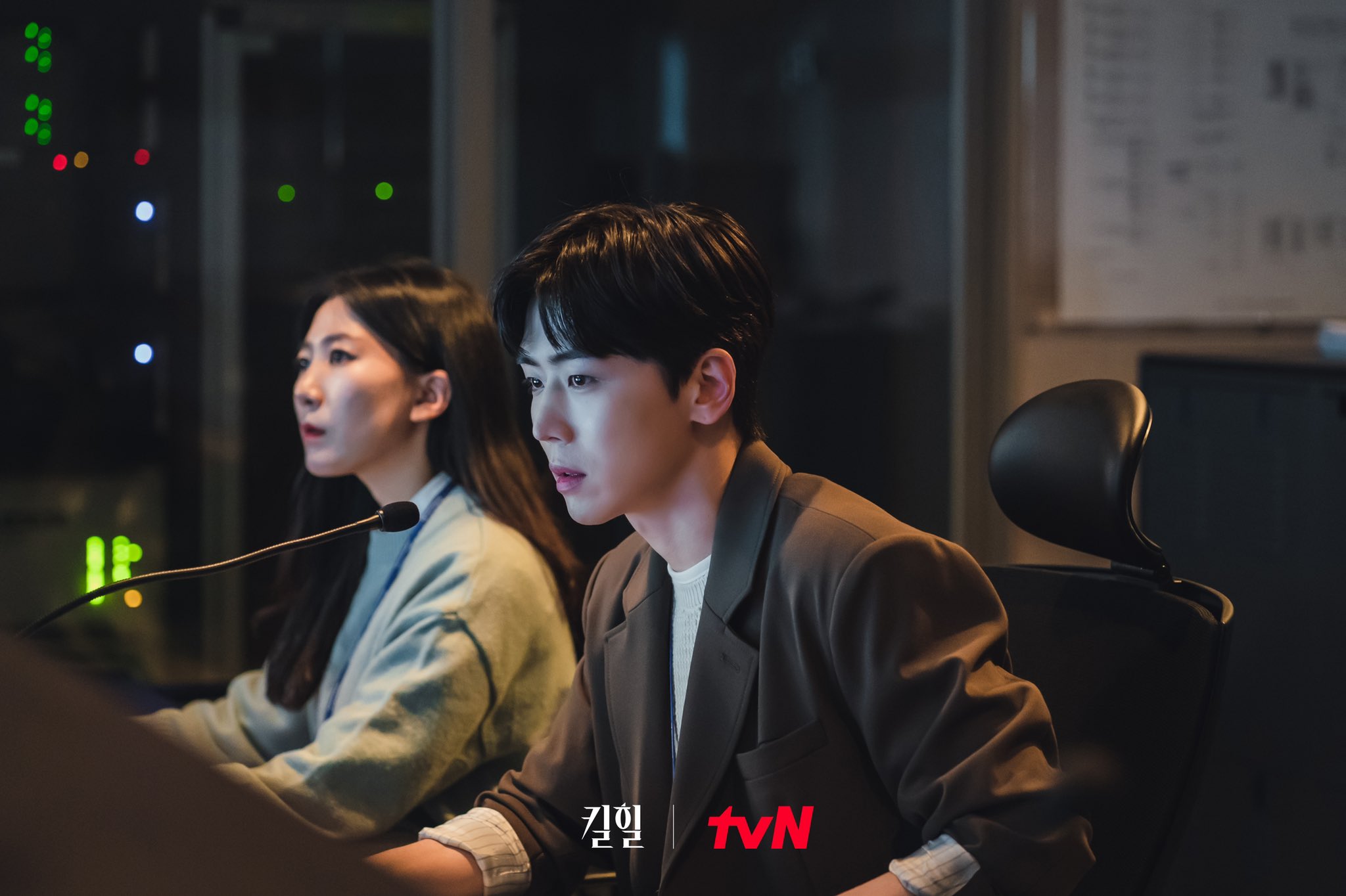 Another still previews UNI Home Shopping’s rookie PD Sung Woo who is new to the job. Originally, her dream was to be a movie director, but she reluctantly bit the bullet and decided to become a home shopping program PD. Through her character, Moon Ji In is expected to bring lively energy while portraying Sung Woo’s growth. In the still, she stands next to a camera looking slightly unsure as she gently touches her headset. 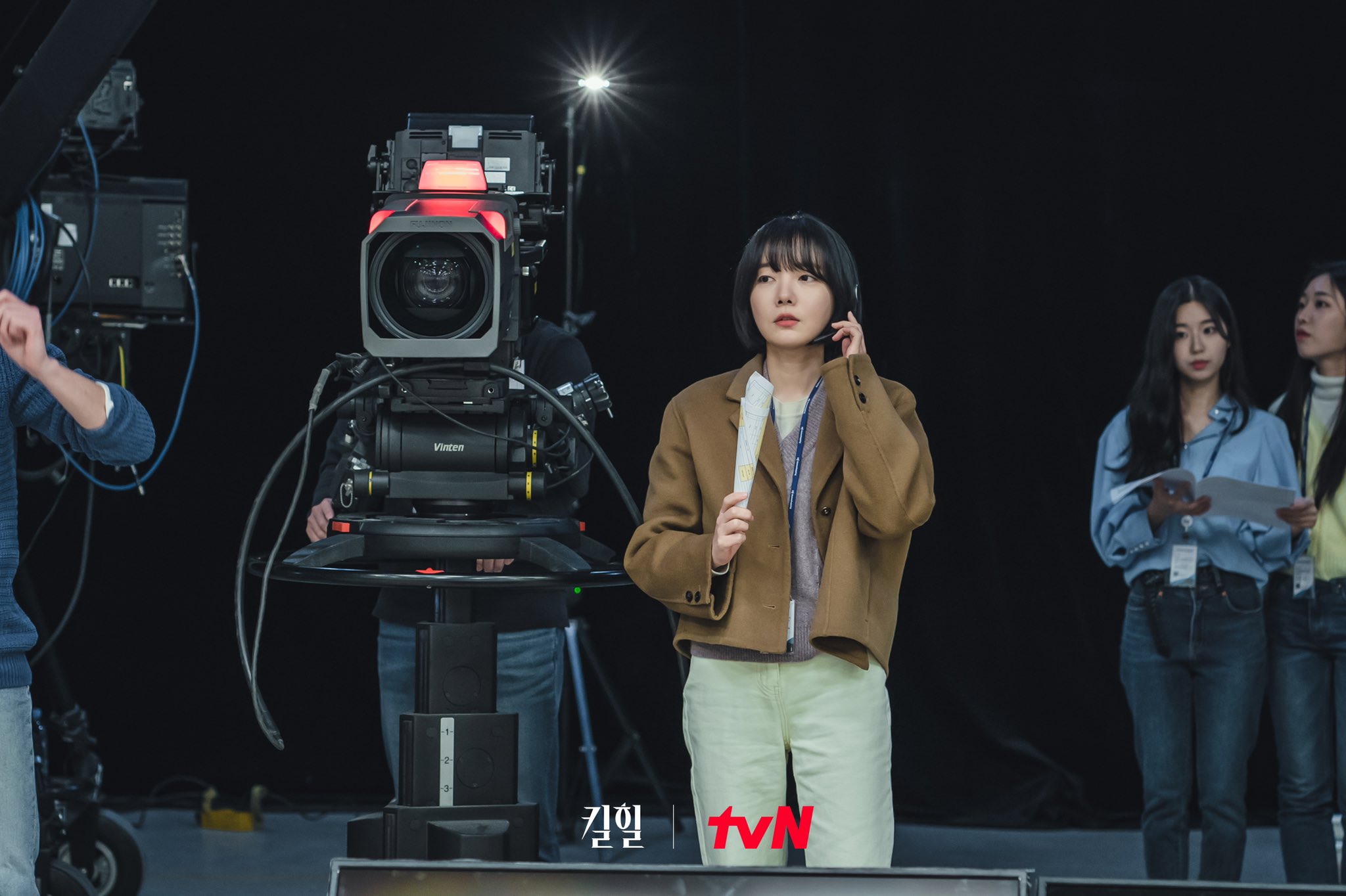 Finally, Ok Sun’s caring husband In Guk is a well-known politician in his third term. Jeon No Min will show an unexpected charm in the drama while working with Kim Sung Ryung. In Guk flashes a wide smile in his picture as he turns around in his chair. 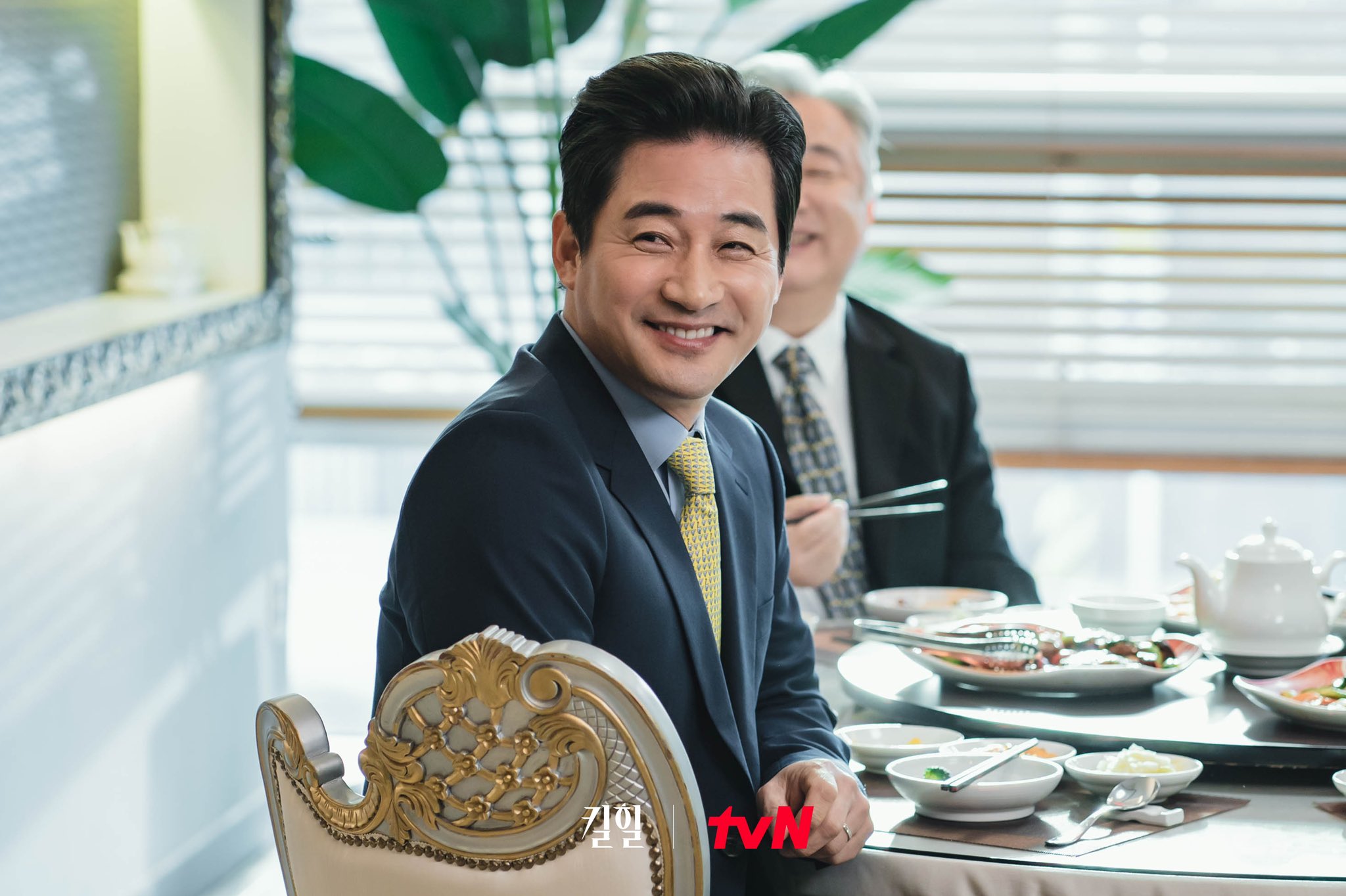 Ahead of the premiere, director No Do Cheol said, “Kim Jae Chul, who I ended up working with after looking for an unfamiliar face, will become an original character who exceeds expectations. Furthermore, [the drama also has] energetic rookie Jung Eui Jae, who understands and portrays his character’s complicated inner feelings, Moon Ji In, who brings vitality to the show with her bubbly personality and refreshing acting of everyday life, and veteran actor Jeon No Min, who is always reliable and can pull off both good and evil characters. Their efforts will be another point to watch out for in ‘Kill Heel’ that viewers can’t miss.”

While waiting, check out Jung Eui Jae in “The Goddess of Revenge“: