Directed by Kim Sung Geun and written by Ha Myung Hee, “It’s Beautiful Now” is about the three Lee brothers, who grew up in a generation that avoids dating and marriage. In order to be the one who inherits their parents’ apartment, the brothers start a competition with each other about who can find a spouse first. 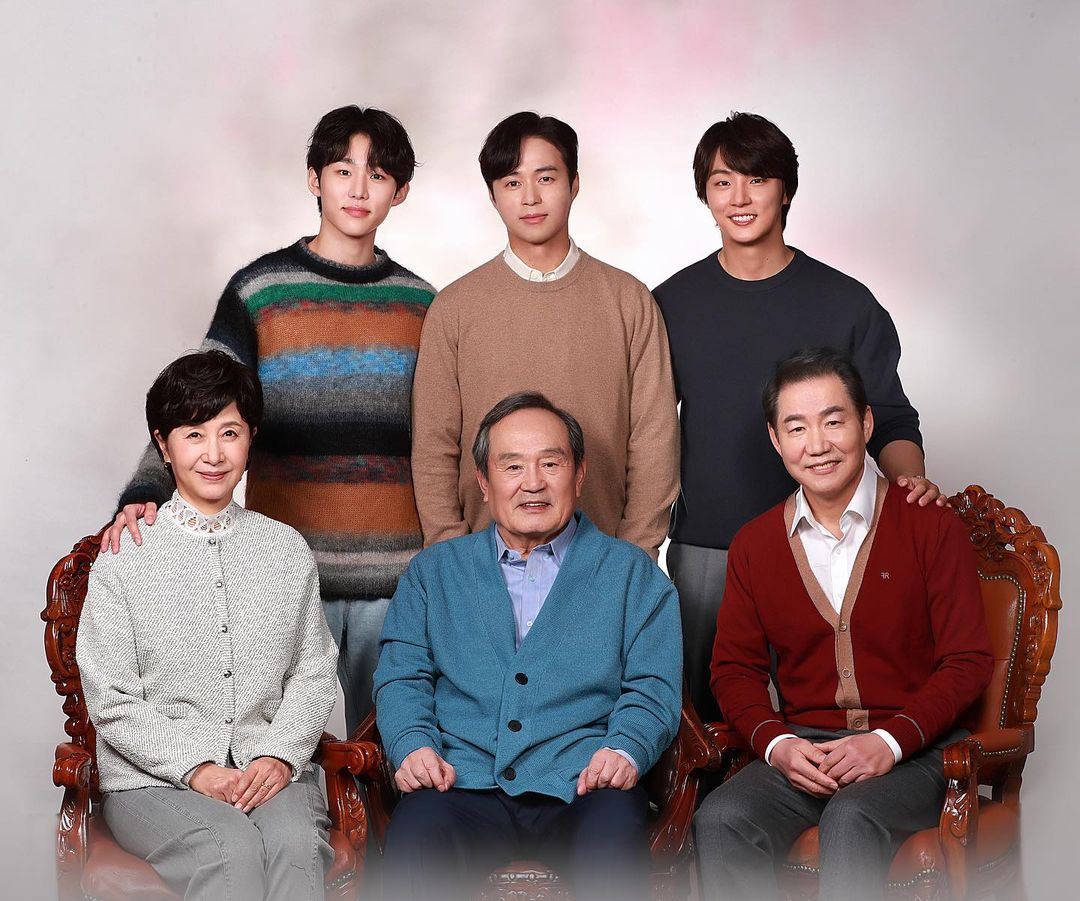 The first “family photo” centers around grandfather Lee Kyung Chul (played by Park In Hwan), the spiritual pillar of the Lee family. Early in his life, Lee Kyung Chul lost his wife and his precious daughter. At this moment of his greatest despair, he met Min Ho and adopted him as his son. All his life, he worked hard as a fresh produce seller while faithfully raising his son, and he is looking forward to a comfortable old age with his sincere daughter-in-law and his excellent grandsons.

Lee Min Ho (played by Park Sang Won) may have been adopted, but he shares a close and special bond with his father. Taking after his father’s hard work and earnestness, he also worked hard in order to become the vice-principal of a middle school. His wife, Han Kyung Ae (played by Kim Hye Ok), is a refreshing woman who keeps her word and always acts upon it. Her biggest concern is that although her sons are successful as doctors and lawyers, she would prefer they get married and make their house happy and noisy with their children.

Excluding the youngest of the Lee brothers, Lee Soo Jae (played by Seo Bum June), who is still preparing for his civil service exams, it worries the family that Lee Hyun Jae (played by Yoon Shi Yoon) and Lee Yoon Jae (played by Oh Min Seok), who are handsome and successful as a lawyer and dentist respectively, aren’t thinking about marriage at all at their age. The elders resolve that in order to speed up the issue, they will give their precious apartment to the brother who brings home a spouse first in the next six months. This sparks the natural competitiveness between the brothers as they race to see who will get married first. 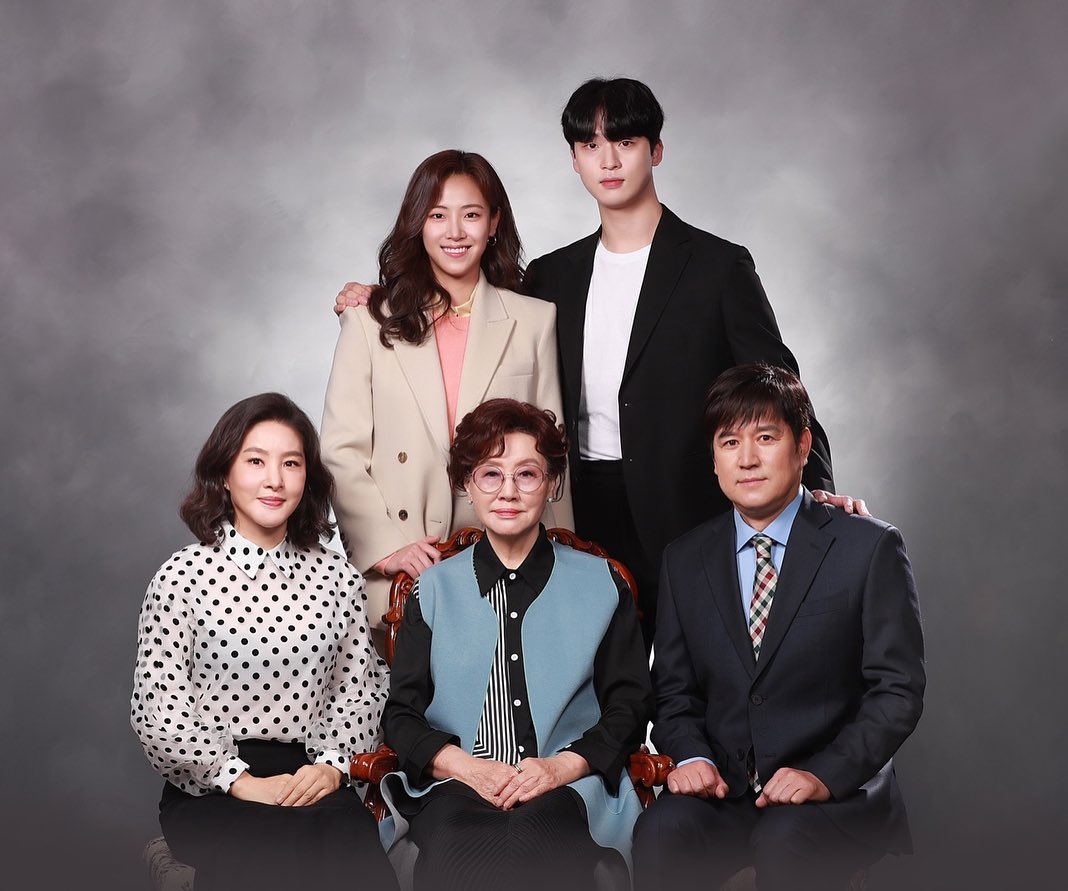 The other family photo concerns the Hyun family, centering around Hyun Mi Rae (Bae Da Bin). Ban Hyo Jung plays Yoon Jung Ja, the elder of the Hyun family, whose strong survival skills and charismatic personality made her a very successful restauranteur who could turn anything she touched into money. She feels insecure about the fact that she only graduated from elementary school, so she is very proud of her daughter-in-law, who graduated from an elite university.

Byun Woo Min plays Hyun Jin Heon, Yoon Jung Ja’s son, and Park Ji Young plays Jin Soo Jung, his wife. Hyun Jin Heon ran a successful gimbap franchise and is head over heels in love with his wife, whom he thinks about more often than their children. He is happiest when he sees his wife happily enjoying food that he made.

Surrounded by this love from her mother-in-law and husband, Jin Soo Jung has lived a comfortable life and gave birth to a son and a daughter. But worry comes for this family in the form of their daughter, Hyun Mi Rae, getting caught in a scam marriage. Hyun Mi Rae hires divorce lawyer Lee Hyun Jae for her annulment lawsuit, beginning the intertwining of the Hyun and Lee families.

Also in the Lee family are Lee Kyung Soon (played by Sunwoo Yong Nyeo), the younger sister of Lee Kyung Chul, who immigrated to the United States but went bankrupt and came back to live under her brother’s roof. She has a son named Choi Man Ri (Jung Heung Chae) and a daughter-in-law named Yoo Hye Young (Kim Ye Ryung).

The production staff stated, “‘It’s Beautiful Now’ has two large families of the sort that’s hard to see nowadays. Hyun Jae and Mi Rae’s families both live with three generations under one roof. If the idea of a marriage competition of three brothers who are fighting for an apartment hooks you in, it’s the various stories of these two families that will make you rethink the meaning of ‘family.'”