On the February 27 episode of SBS’s “Running Man,” Jun So Min and Song Ji Hyo rejoined the cast after hiatuses due to foot surgery and self-quarantine.

At a café for their opening segment, Ji Suk Jin took special care of Jun So Min and Yoo Jae Suk said, “Shall I reveal the truth? So Min’s wheelchair was caught on the door and he pretended to lift it. He’s the worst.”

Song Ji Hyo was surprised to hear that Yang Se Chan was absent due to his own self-quarantine, and even more shocked to see HaHa’s hair, which he shaved off due to a bet. HaHa said, “People say I look like an aged newborn,” and Kim Jong Kook joked, “It’s just right for teasing.” 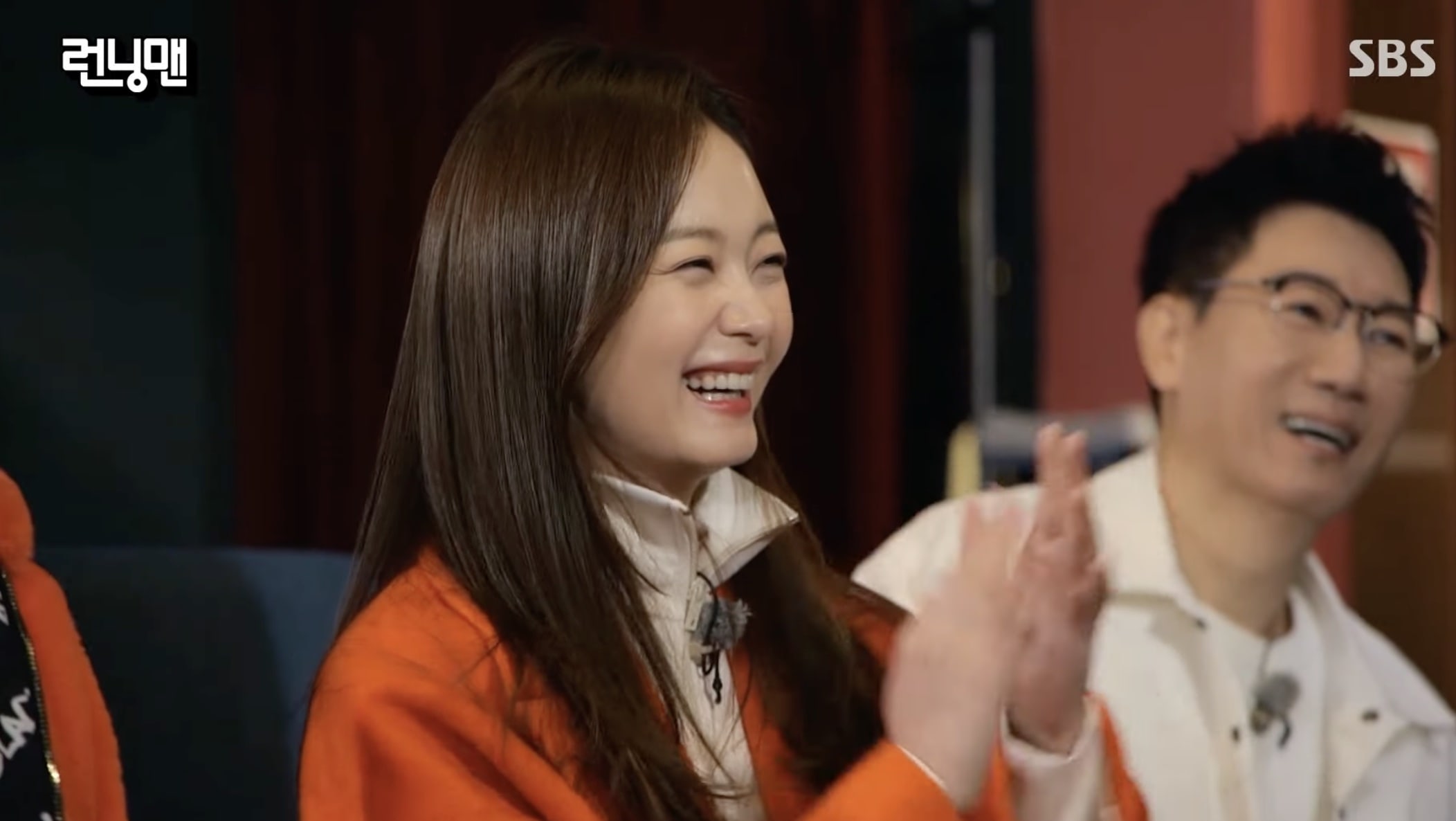 Sharing the news of what had happened during their absence, Yoo Jae Suk said, “Jong Kook tattooed his eyebrows. So Min has returned after surgery.” Kim Jong Kook nagged at Jun So Min to do exercises with her healthy leg instead of just resting. Jun So Min, on the other hand, said, “I can’t look at Dong Hoon [HaHa] oppa, his face looks so scary.” HaHa took off his hat, but Yoo Jae Suk just slapped his head. 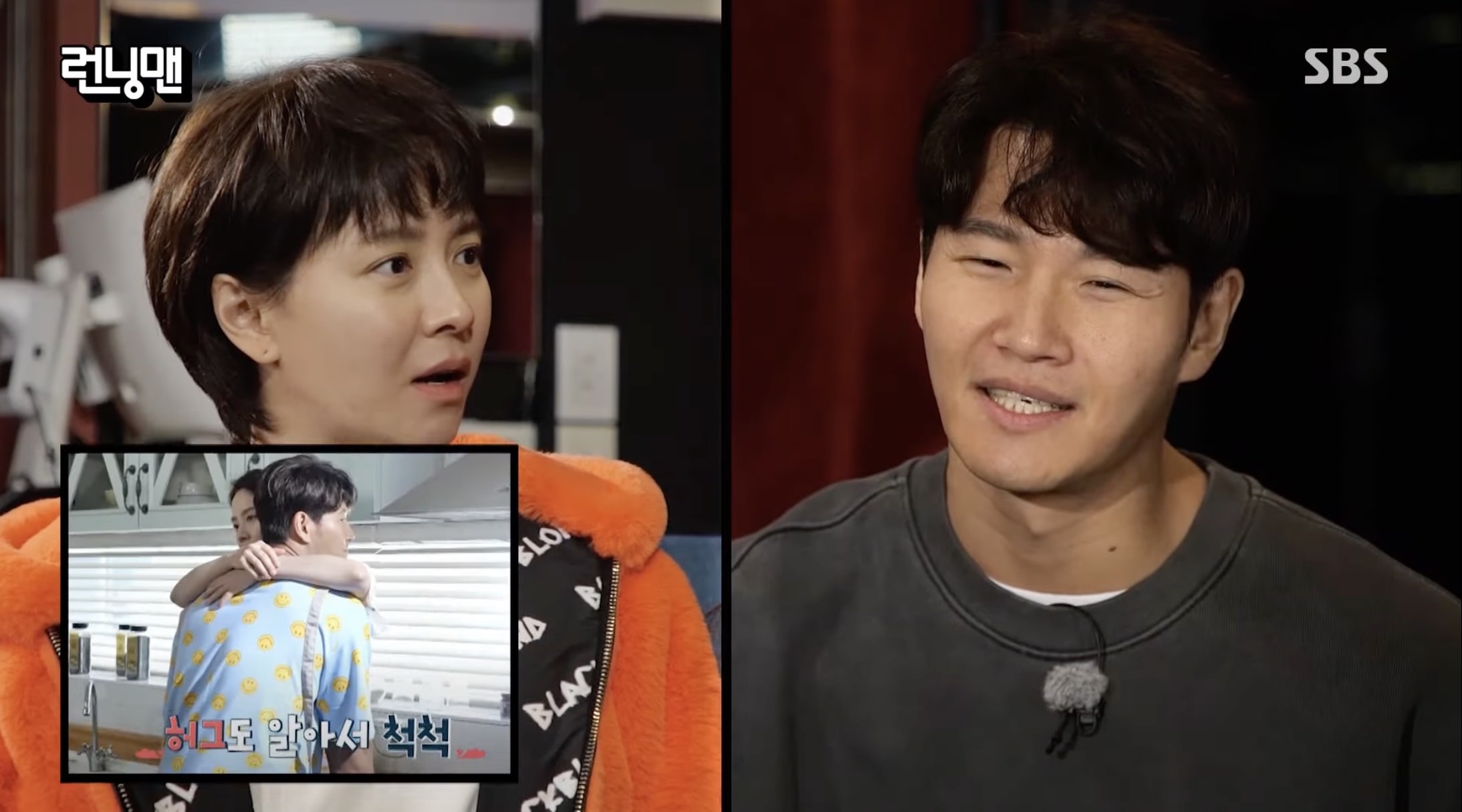 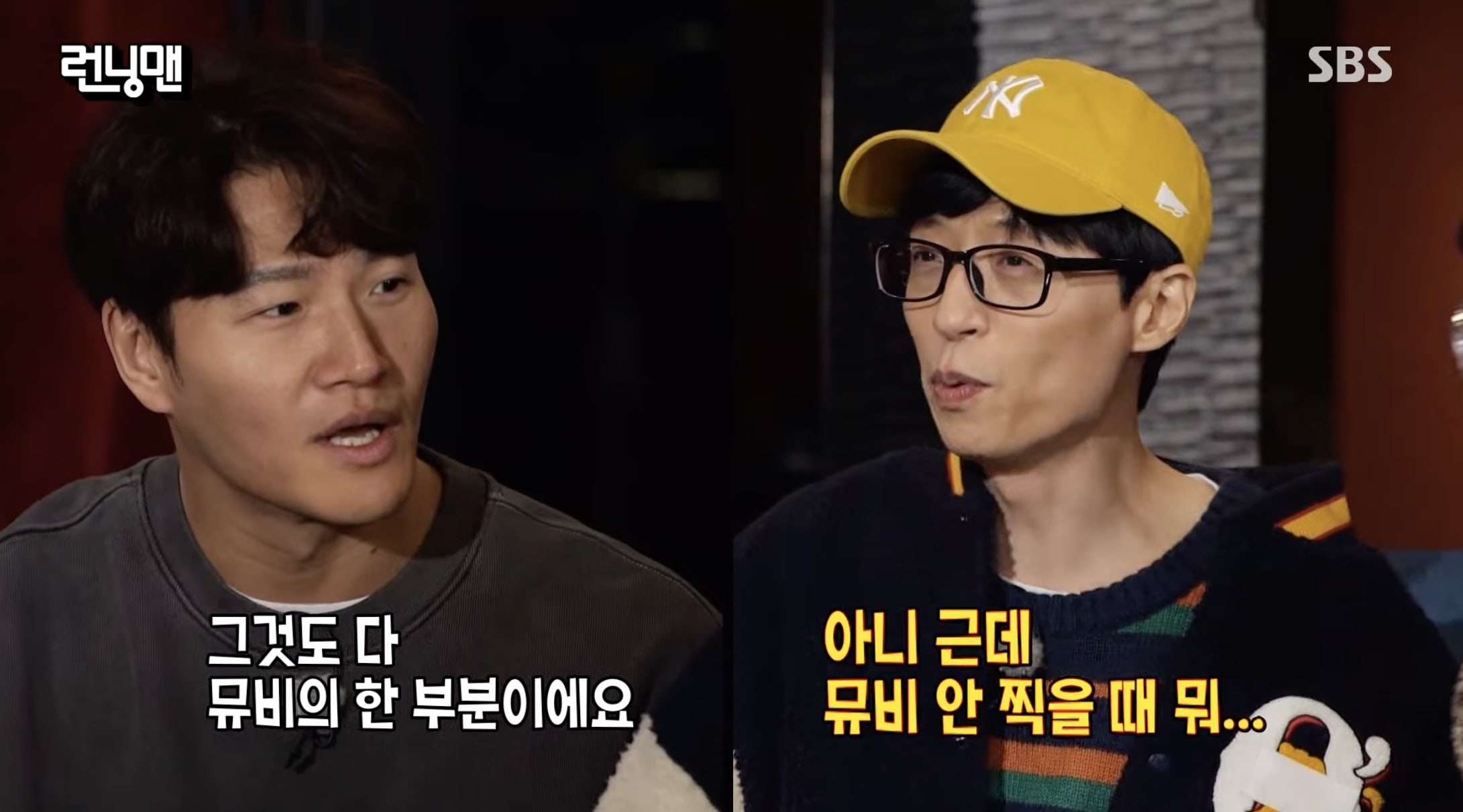 But Kim Jong Kook cut him off and said, “We were filming. They were always filming on the side! It was the scene at the stage when the couple is the happiest.”

Ji Suk Jin said, “From a national perspective, I hope the two of you make a match,” but Yoo Jae Suk retorted, “The nation’s citizens are busy right now.” 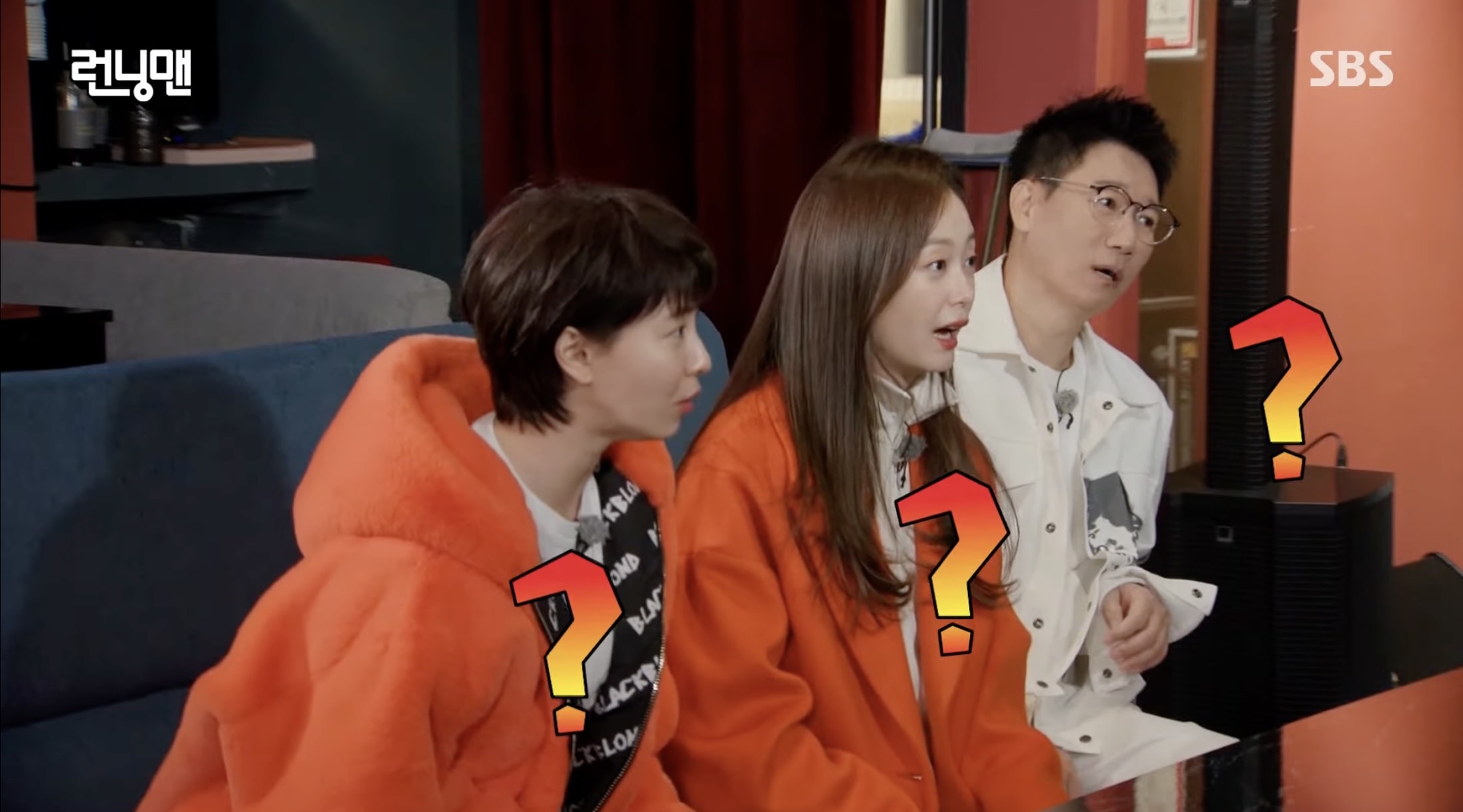 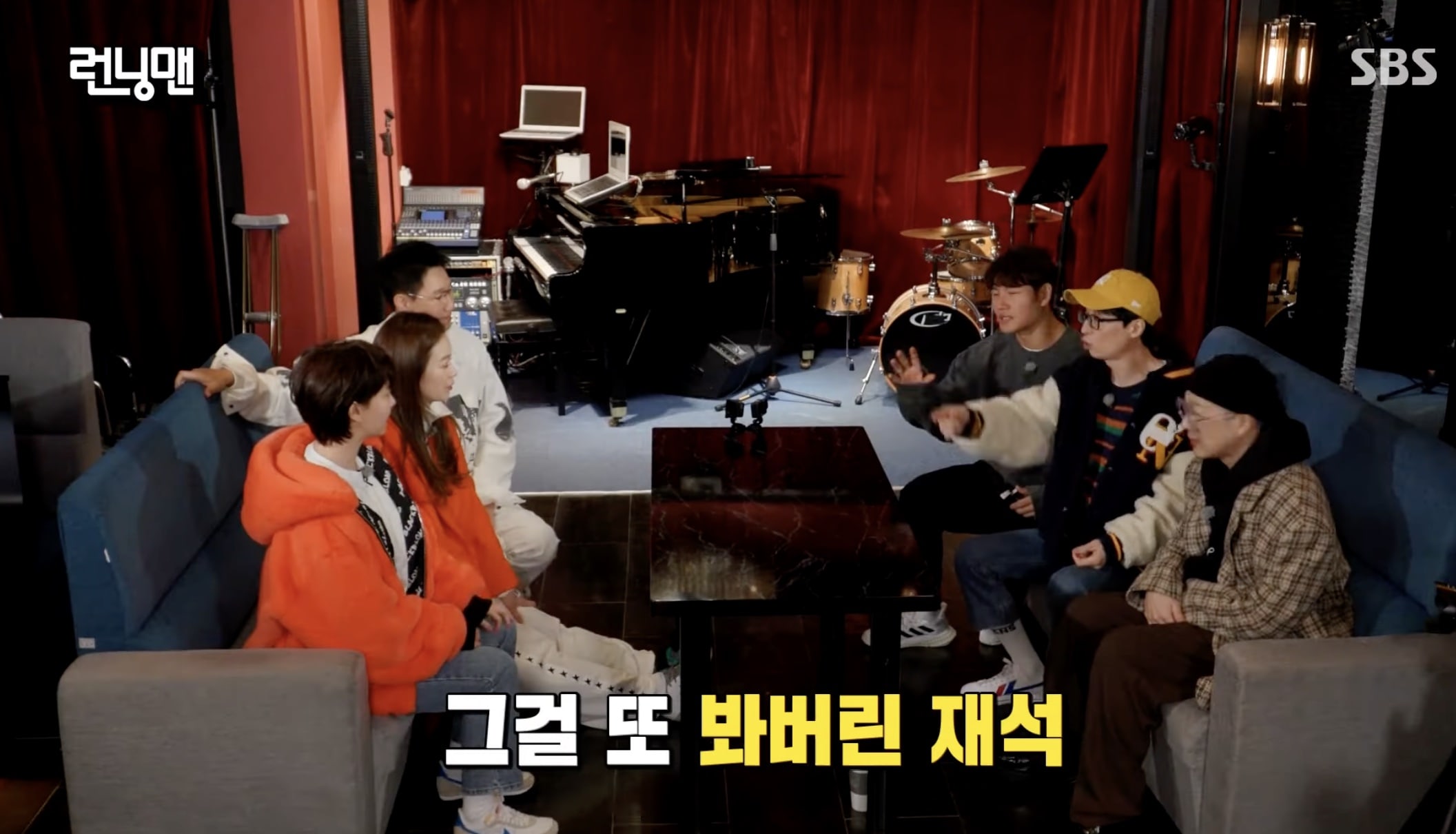 The rest of the episode focused on the guest appearance of the MSG Wannabe – M.O.M sub-unit, where Ji Suk Jin is a member.