KBS2’s upcoming Wednesday-Thursday drama “Going to You at a Speed of 493 km” (literal translation) released a new poster!

“Going to You at a Speed of 493 km” is a sports romance drama about a man and a woman who play mixed doubles on a badminton works team. Park Ju Hyun stars as Park Tae Yang, the queen of smashing and a former aspiring Olympian who returns to the badminton court after an absence of three years. Chae Jong Hyeop stars as Park Tae Joon, a member of the works team who just thinks of badminton as his job.

The main poster takes place in a locker room for badminton athletes. In the background, the athletes are hustling about while Park Tae Yang and Park Tae Joon sit together on a bench in the center of the poster. Although they have their backs to each other, Park Tae Yang’s and Park Tae Joon’s fingers touch as they intertwine pinkies, making the busy locker room feel as if it is a world of their own. The two athletes smile brightly, and the text in between them reads, “The moment we were the brightest and the most intense.” 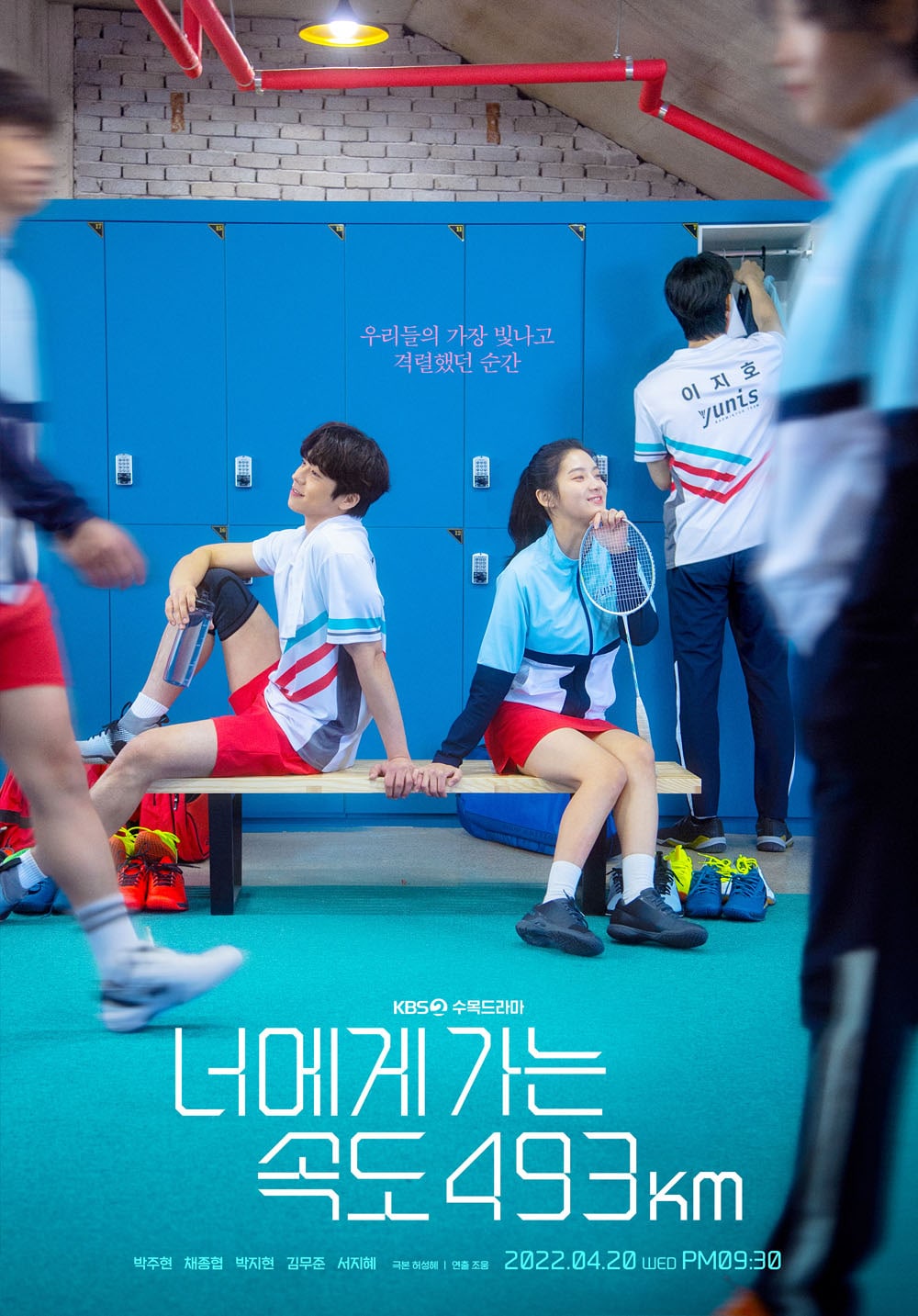 In the meantime, watch Park Ju Hyun in “Mouse“:

And catch Chae Jong Hyeop in “The Witch’s Diner” below: