Sandara Park made a sweet display of support for her fellow 2NE1 member Park Bom!

The following day, Sandara Park took to Instagram Stories to share a screenshot of herself streaming the song. Tagging Park Bom, she enthusiastically wrote, “Oh wow, why are the lyrics so sad… now, I’m able to understand these kinds of lyrics too!!!”

Referring to some of 2NE1’s more emotional songs, she continued, “To be honest, back when we used to sing songs like ‘It Hurts (Slow)’ or ‘Lonely’ in the past, I didn’t know precisely what kind of emotions the songs [needed to have] while recording or singing them live, so I think I just acted with sad facial expressions… but starting from a certain point on, I began to understand them.. ‘Ah, these lyrics are really painful’… and I also started to relate to them.”

Sandara Park cheerfully added, “The song is great~!!!” before adorably bringing up her and Park Bom’s 2019 duet single “First Snow” in tiny font. The singer wrote, “This is TMI [Too Much Information], but aren’t the lyrics to ‘First Snow’ really sad also? From now on!!! I’m going to try to write those kinds of lyrics too.” 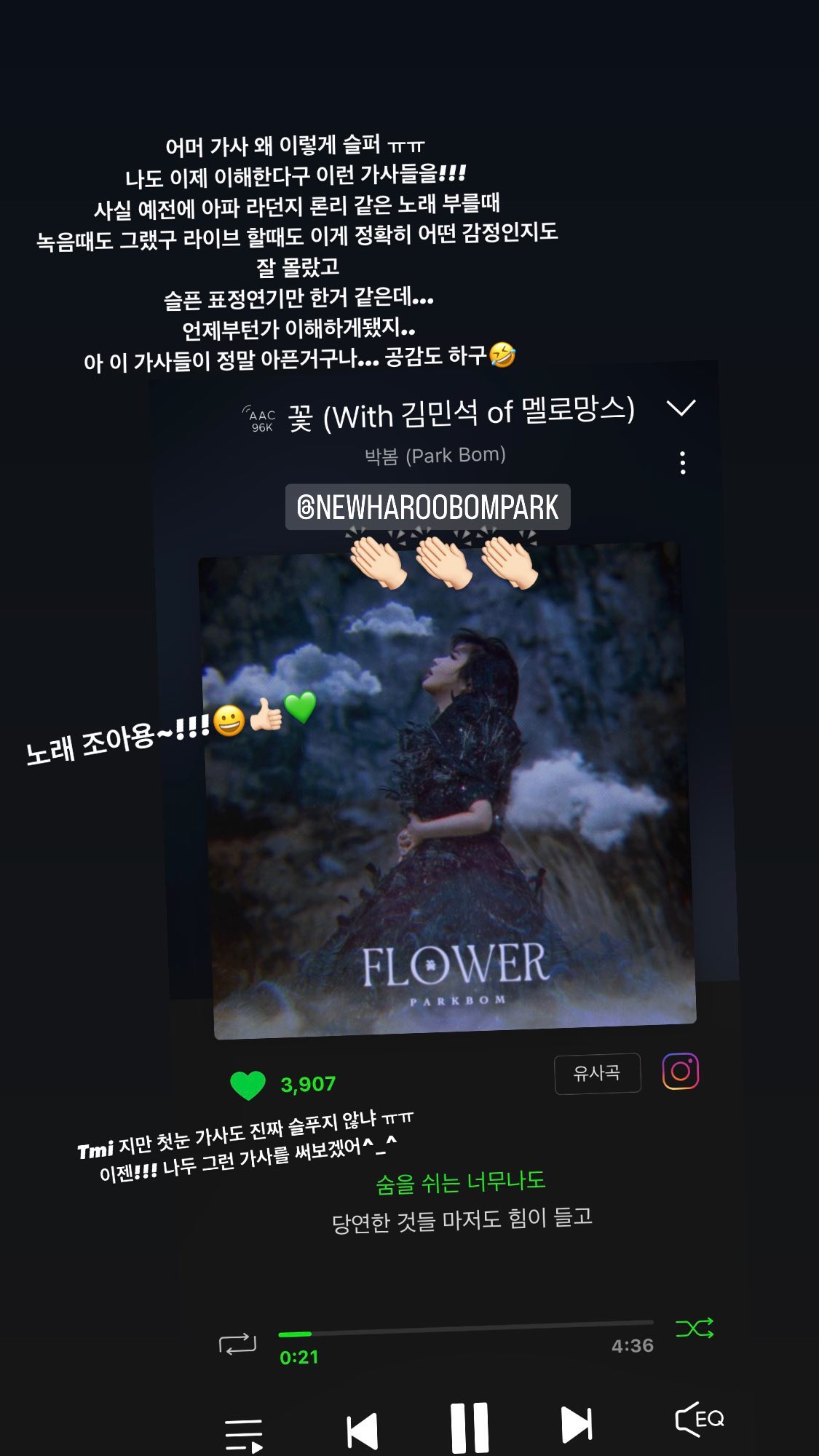 Watch Sandara Park in her film “Cheese in the Trap” with subtitles below:

Sandara Park
2NE1
Park Bom
How does this article make you feel?