3 Reasons Behind “Love (Ft. Marriage And Divorce) 3” Rising In Popularity

TV Chosun’s “Love (ft. Marriage and Divorce) 3” must know the secret to keeping viewers hooked because the latest season is keeping its momentum going in terms of popularity!

The makjang show is a multi-season drama about three women in their 30s, 40s, and 50s whose lives are upended when they discover their husbands are having an affair. With ratings climbing higher and higher with each episode, here are three probable reasons behind the drama’s growing popularity.

While the drama deals with the universal themes of love and marriage, writer Phoebe’s signature touches make the drama one of a kind. From the start, Ah Mi (Song Ji In) had an affair and later grieved her father’s death. Song Won (Lee Min Young) gave birth and then died, making viewers wonder if this is all the beginning of Phoebe’s twisted version of “Death Note.” Fans of the writer further raved as Phoebe tied in another of her signature themes with a character being possessed. Shin Ki Rim’s (Noh Joo Hyun’s) ghost not only made an appearance and put on a comedic dance party but also possessed his granddaughter Ji Ah (Park Seo Kyung) to teach Kim Dong Mi (Lee Hye Sook) a lesson for turning a blind eye on his death. In another scene, his ghost gave off a mysterious gaze, adding weight to the question of how Phoebe will continue the narrative.

What sets apart the latest season is that it takes a genre usually reserved for characters in their 20s and 30s and applies it to a cast in their 50s. In this unique environment, romance buds between the couple Lee Si Eun (Jun Soo Kyung) and Seo Ban (Moon Sung Ho) without any of the usual negative traits that follow middle-aged relationships in K-dramas, such as aspects of revenge or being in an affair. Seo Ban embraced Lee Si Eun wholeheartedly, especially given her history of being hurt by an unfaithful ex-husband. Even with Boo Hye Ryung (Lee Ga Ryung) trying to gain his heart, Seo Ban drew a line and instead made things official and public with Lee Si Eun. The unadulterated portrayal of romance between the two is a refresher all the viewers needed. However, things quickly took a dark turn as Shin Ki Rim’s ghost took possession of Seo Ban, and Lee Si Eun’s ex-husband Park Hae Ryoon (Jeon No Min) expressed wishes to get back together.

3. The call for serious sleuthing

The finale of “Love (ft. Marriage and Divorce) 2” was in fact a major spoiler for the current season. It featured three unexpected couples getting together, but the story behind each of them has yet to be told. The three couples are Sa Pi Young (Park Joo Mi) and Seo Dong Ma (Boo Bae), who coincidentally ran into each other at the hospital, Song Won and Seo Ban, who had a wedding scene although Song Won is no longer in this world, and Pan Sa Hyun (Kang Shin Hyo) and Ah Mi, whose exact connection has yet to be figured out.

The production team commented, “This season is the final installment of the ‘Love (ft. Marriage and Divorce)’ series. Phoebe will be putting everything up her sleeve into it, so please look forward to it.” 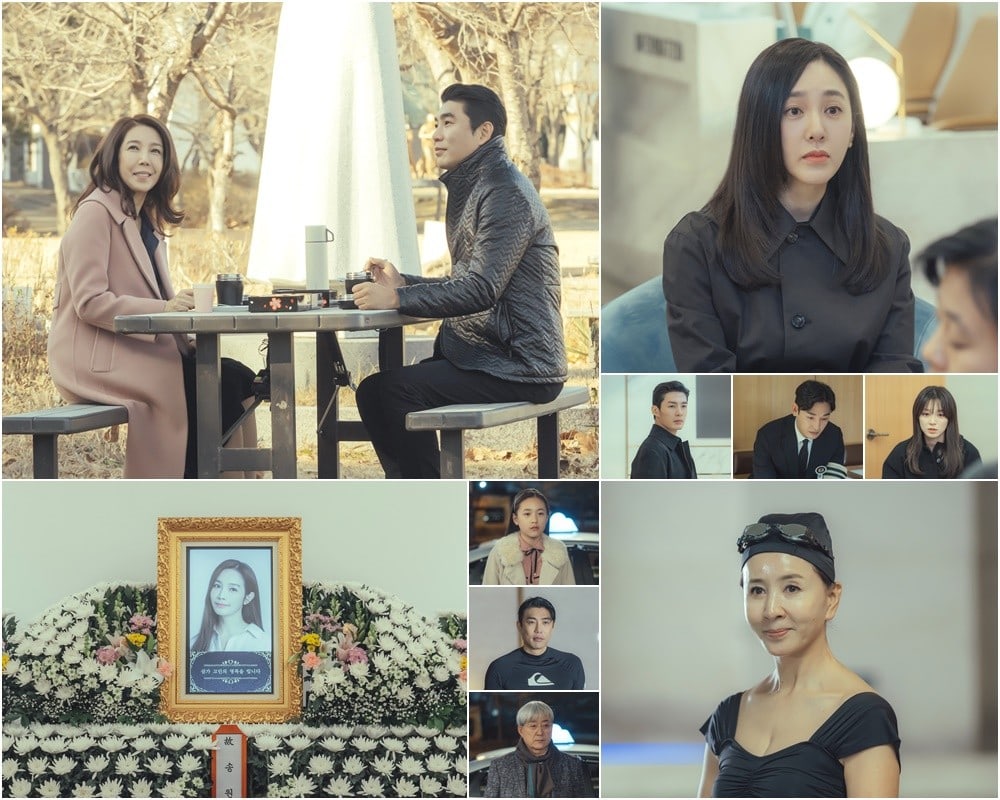 “Love (ft. Marriage and Divorce) 3” airs every Saturday and Sunday at 9 p.m. KST.