Gaon Chart has revealed its chart rankings for the week of March 6 to 12! 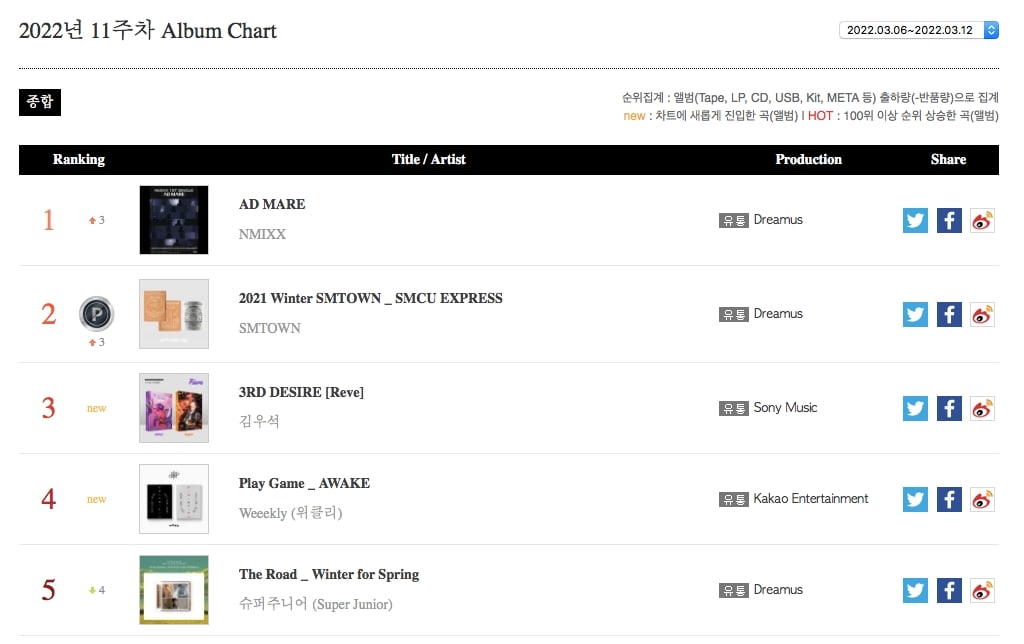 Girls’ Generation’s Taeyeon held onto her double crown this week, topping both the overall digital chart and the streaming chart with her smash hit “INVU.”

“How Do You Play?” project group MSG Wannabe (M.O.M)’s new song “Do you want to hear” rose to No. 2 on the overall digital chart, followed by MeloMance’s Kim Min Seok’s “Drunken Confession” at No. 3.

Finally, STAYC’s latest title track “RUN2U” climbed to No. 4 this week, while GAYLE’s “abcdefu” rounded out the top five. 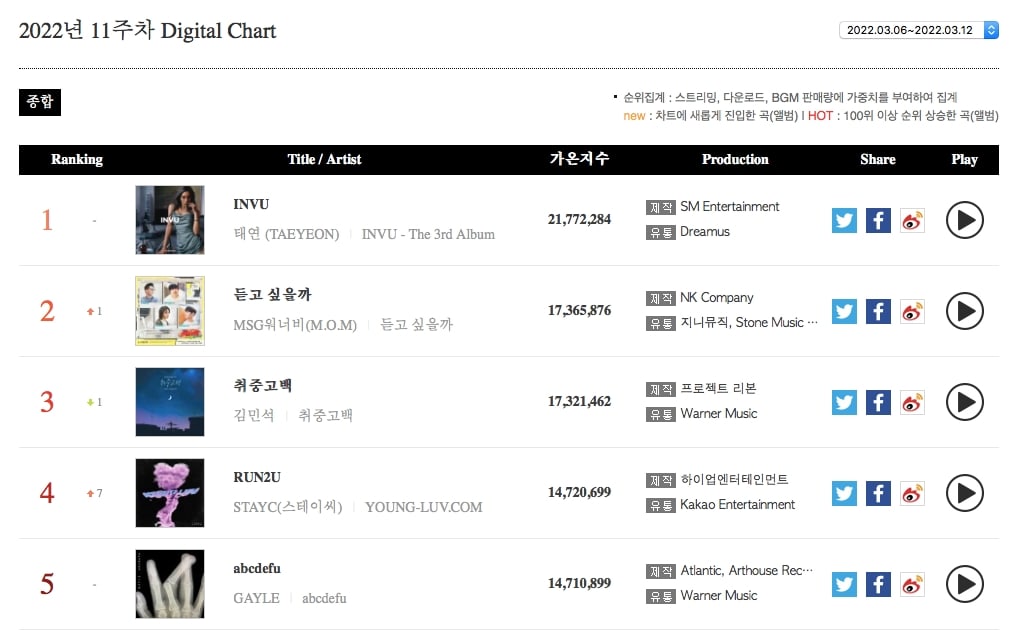 Taeyeon’s “INVU” remained No. 1 on this week’s streaming chart, and Kim Min Seok’s “Drunken Confession” similarly held onto its spot at No. 2. 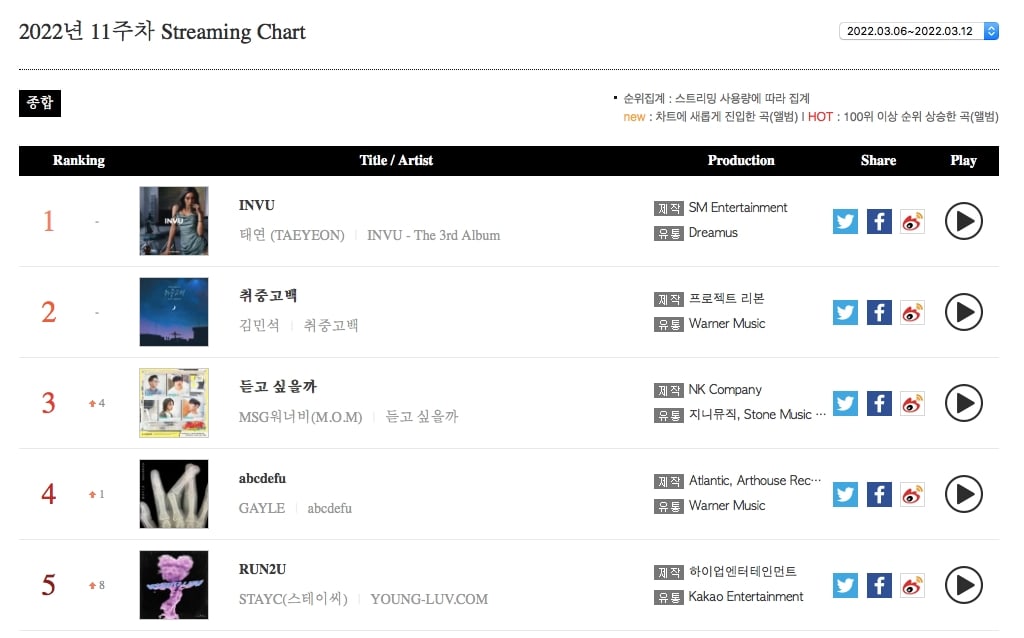 Virtual idol group ISEGYE IDOL’s “Winter Spring” debuted at No. 1 on this week’s digital download chart, while Kim Woo Seok’s “Switch” entered the chart at No. 2 and Jay Park’s “GANADARA” (featuring IU) debuted at No. 3. 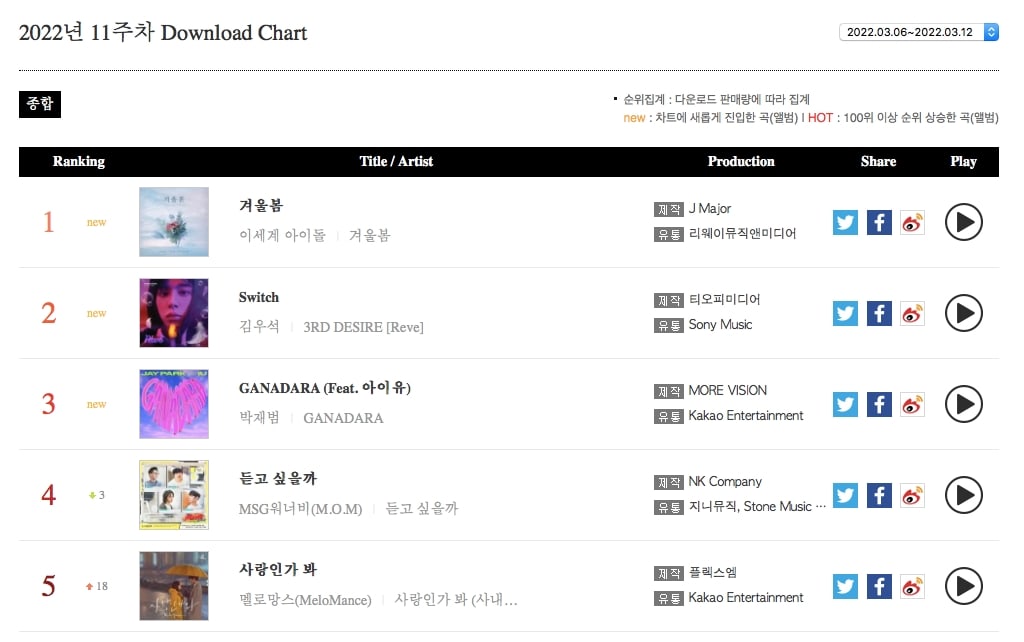 The top five artists on this week’s social charts were exactly the same as last week: BTS continued their reign at No. 1, followed by BLACKPINK at No. 2, BLACKPINK’s Lisa at No. 3, Lim Young Woong at No. 4, and TWICE at No. 5. 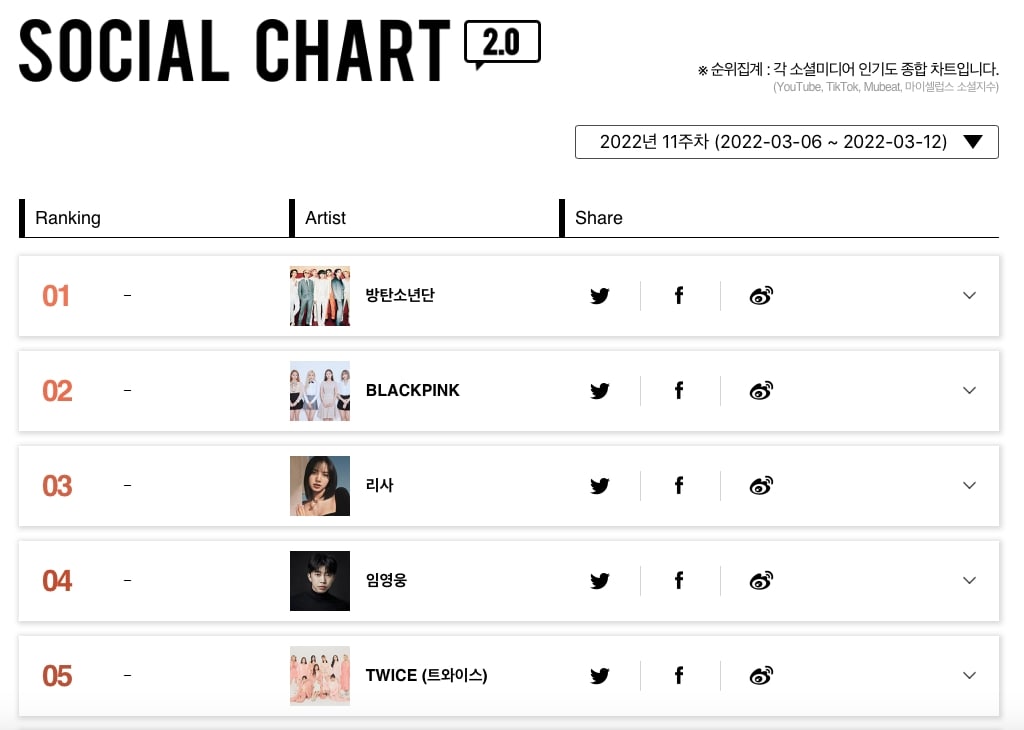