In the new poster, the Lee brothers and their girlfriends fight to take center stage on the intercom screen. The text on the side reads, “If we marry first, you’re giving us the apartment, right?” revealing their true desires. The poster previews the question of which couple will get married first.

The first to take the center at the top is the oldest brother Lee Yoon Jae (Oh Min Seok) and Shim Hae Joon (Shin Dong Mi). With a bright smile, Shim Hae Joon throws her arm around Lee Yoon Jae in a tight hug, and he grins along happily despite his slightly confused gaze. In the second row, the middle brother Lee Hyun Jae (Yoon Shi Yoon) has his arm affectionately around Hyun Mi Rae (Bae Da Bin), protecting her from his brothers trying to fight for the front spot. The two wear matching smiles on their faces. Finally, the last row depicts the youngest brother Lee Soo Jae (Seo Bum June) along with Na Yoo Na (Choi Ye Bin). The two start as neighborhood friends and coworkers at a part-time job and eventually become a couple. Their matching yellow outfits reflect their youthful energy. 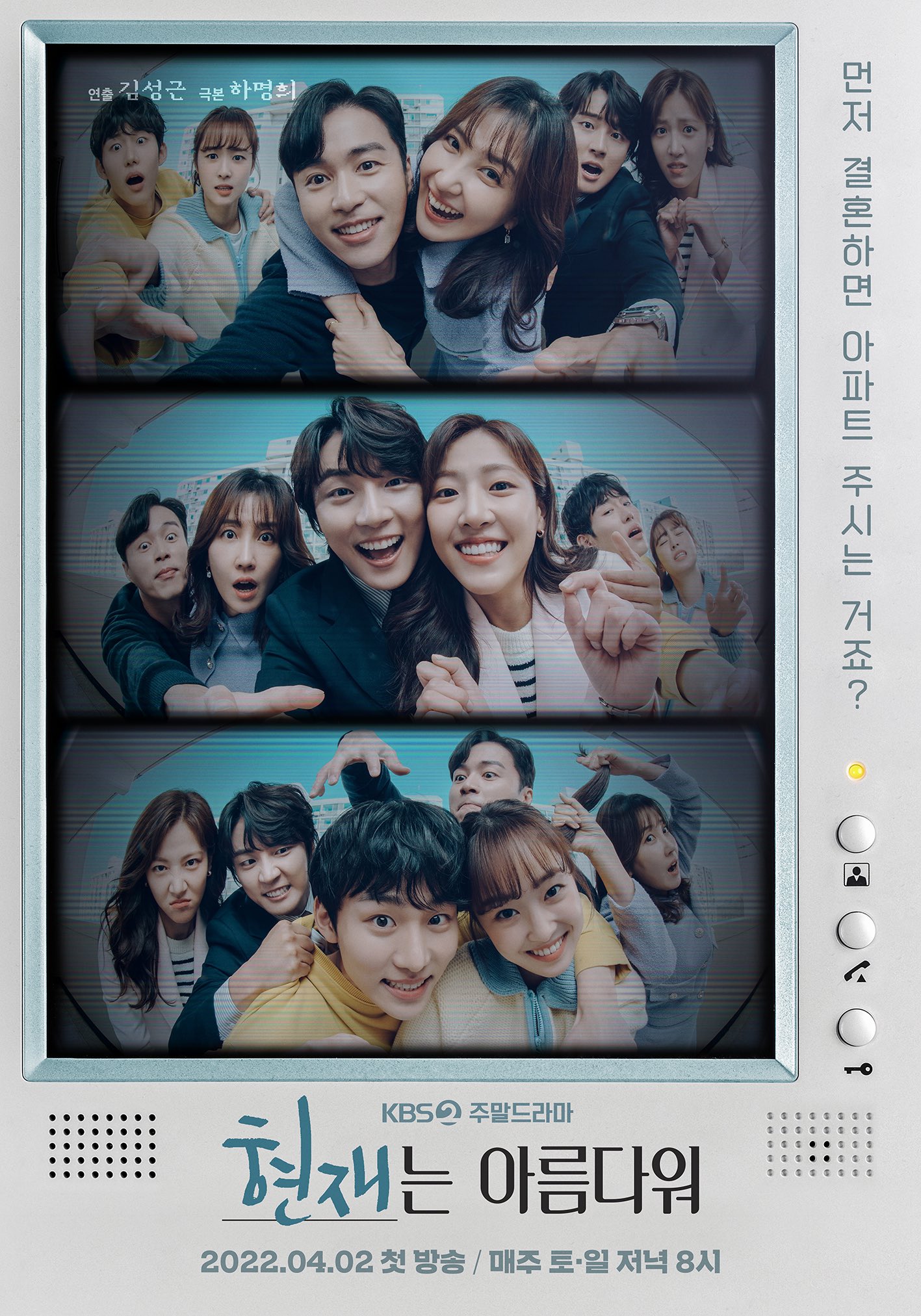 The production team shared, “The three Lee brothers who hate to lose to each other are very similar with their fiery desires to win, but their personalities are greatly different from one another. To that extent, their ways of approaching relationships also vary. Furthermore, since their ages are different, it will be fun seeing how the different generations flirt and date.” They continued, “When ‘It’s Beautiful Now’ begins, we are looking forward to the viewers each having a couple that they prefer. Please show lots of anticipation and interest until the premiere to find out which of the three brothers will win the apartment.”

“It’s Beautiful Now” will premiere on April 2 following the conclusion of “Young Lady and Gentleman.”