ASTRO’s Moonbin And Sanha Reflect On New Album “REFUGE,” How Unit Group Activities Have Influenced Them, And More

ASTRO’s Moonbin and Sanha recently participated in an interview and pictorial for Cosmopolitan magazine!

On March 15, the ASTRO unit made a comeback with their second mini album “REFUGE.” Moonbin reflected on the previous year when ASTRO released their album “All Yours,” saying that he was proud to have shown everyone what the group ASTRO can do all together. He added, “Since the members each have their own activities now as well, it’s a shame we can’t update everyone often.”

The interviewer remarked that it must be a dilemma for the fans who want to see them release new music but who also want them to take care of their health and rest. Moonbin responded, “I definitely think it’s necessary to have time to recharge, since you can get renewed energy after a full recharge. In 2019, I took a break and did absolutely nothing. I realized that that is good in itself as well.”

Sanha shared his own thoughts on relaxation as he detailed a camping trip he made recently. “I went hoping it would be therapeudic, but I ended up with a lot of stress. It was my first time pitching a tent,” he confessed. “I couldn’t find kerosene so after a lot of wandering I arrived at around 4 p.m. My older brother didn’t know how to pitch a tent either. We finally finished setting up around 7 p.m. and the weather was really cold. We went inside the tent to eat dinner, but the table legs collapsed and we spilled the stew.” 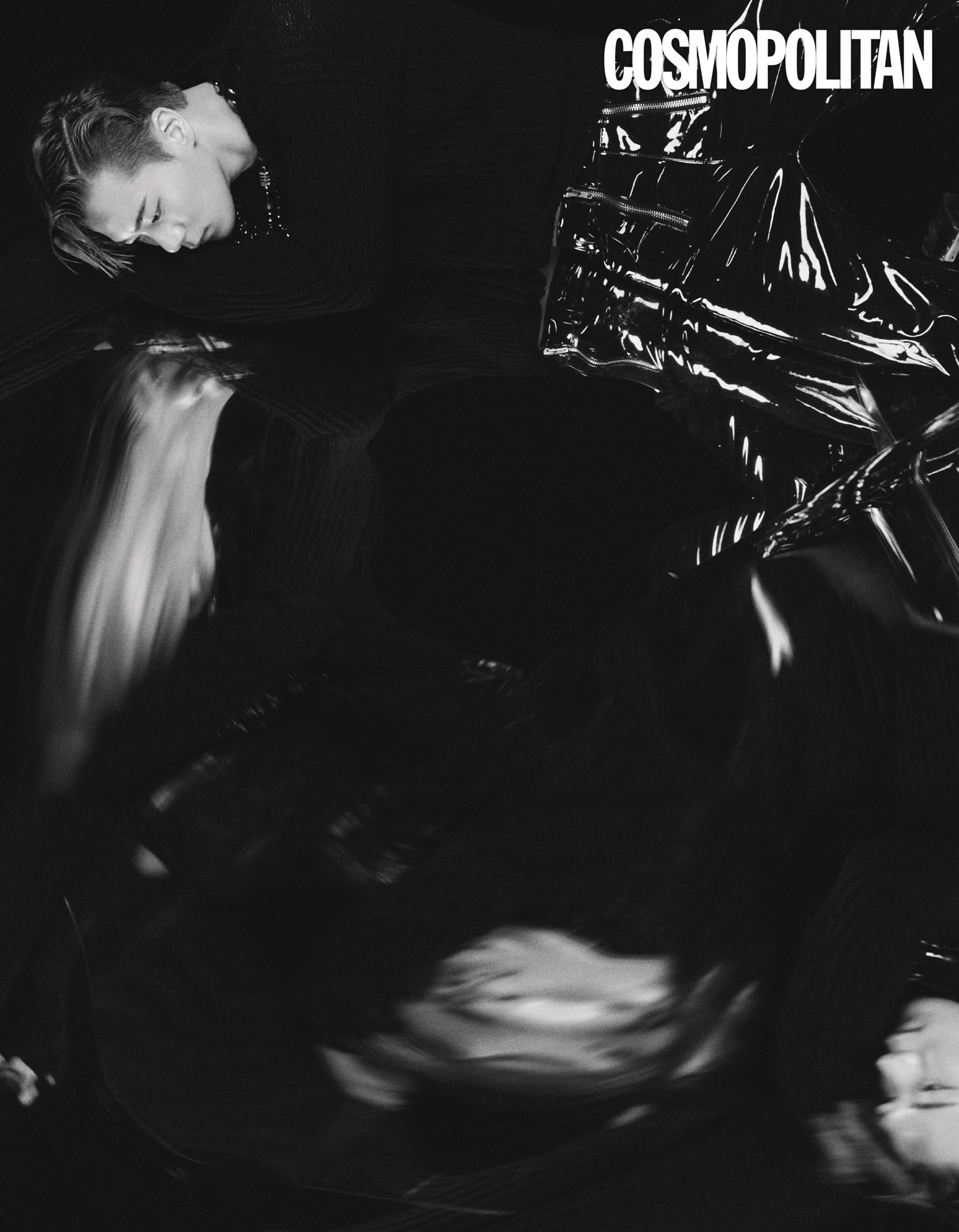 Moonbin and Sanha take on the roles of exorcists in the new album. Moonbin said he was influenced by the exorcist characters he had seen in webtoons and movies. He also shared that he wanted their music to be seen and not just heard, so he focused on the performance aspect as well as the outfits.

“REFUGE” also has two covers titled, “THE EAST” and “THE WEST.” Moonbin explained, “I saw VIXX‘s fan performance for ‘Shangri-La’ and thought it was so cool. Korea also has their own version of exorcists so I wanted to show that off.” Moonbin then cut himself off and asked Sanha if he had anything to add, to which Sanha replied with a laugh, “I’m still the type who just goes along with what the other members say.”

Sanha went on to describe the overall atmosphere of the album. “In terms of the beat, it’s a lighter vibe than ‘Bad Idea,’ but the melody turned out to be a lot darker.” Moonbin agreed, commenting that the vibe of “REFUGE” was much darker than their first mini album “IN-OUT.”

When asked if their musical tastes worked well together, Moonbin mentioned that they were quite the opposite. “I like pop music, but Sanha likes more of a band or lyrical sound,” he said. “However, our vocal colors synergize since they’re so vibrant. Our physical appearances are also similar, so we have a balance in plenty of ways.” 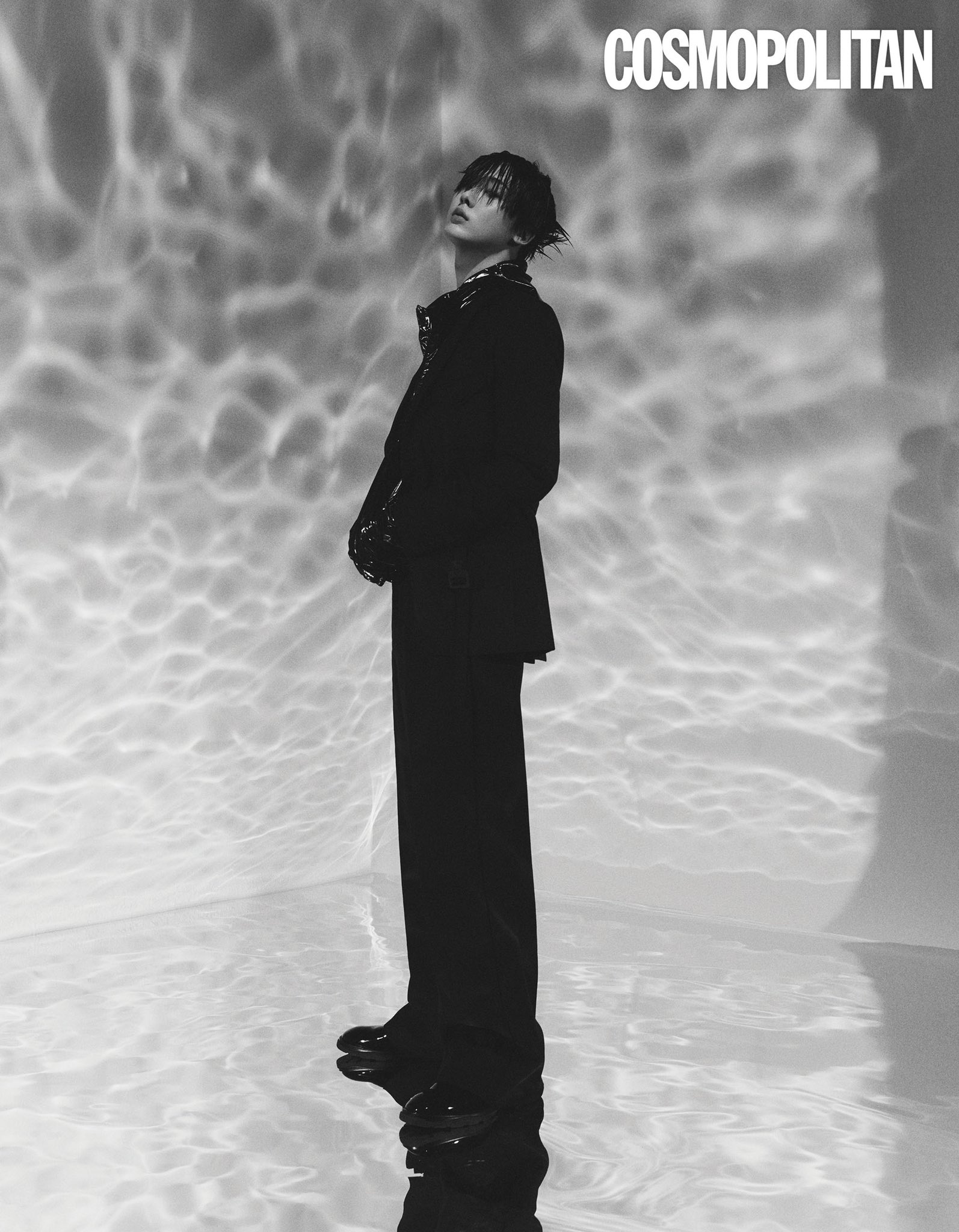 Moonbin shared some of the differences between how he saw himself as a member of ASTRO versus as a member of his unit group with Sanha. He began by noting the realization that the role of “leader” isn’t easy, saying, “You have to think of speeches and the words don’t come right away. There’s also the pressure of filling up the whole stage that was once occupied by six people.”

Sanha chimed in, saying, “As it was our first time doing unit activities I thought we would both be busy studying our own parts, but Moonbin looked at my part with me and gave me a lot of advice. When we work together as a whole group Moonbin usually acts cute around the other members, but when it’s just us I realized that he has a new side of himself.”

As Sanha is the youngest both at home and in the group, he commented on how grateful he was to be in his position. “Since I’ve been with the other members since I was a trainee, we’ve spent nearly 10 years together,” he said. “Since we debuted when I was really young, I spent my adolescence together with them. Every time we finished promotions the older members would give me advice and tell me if I did something wrong. I’m always thankful for them, really.” 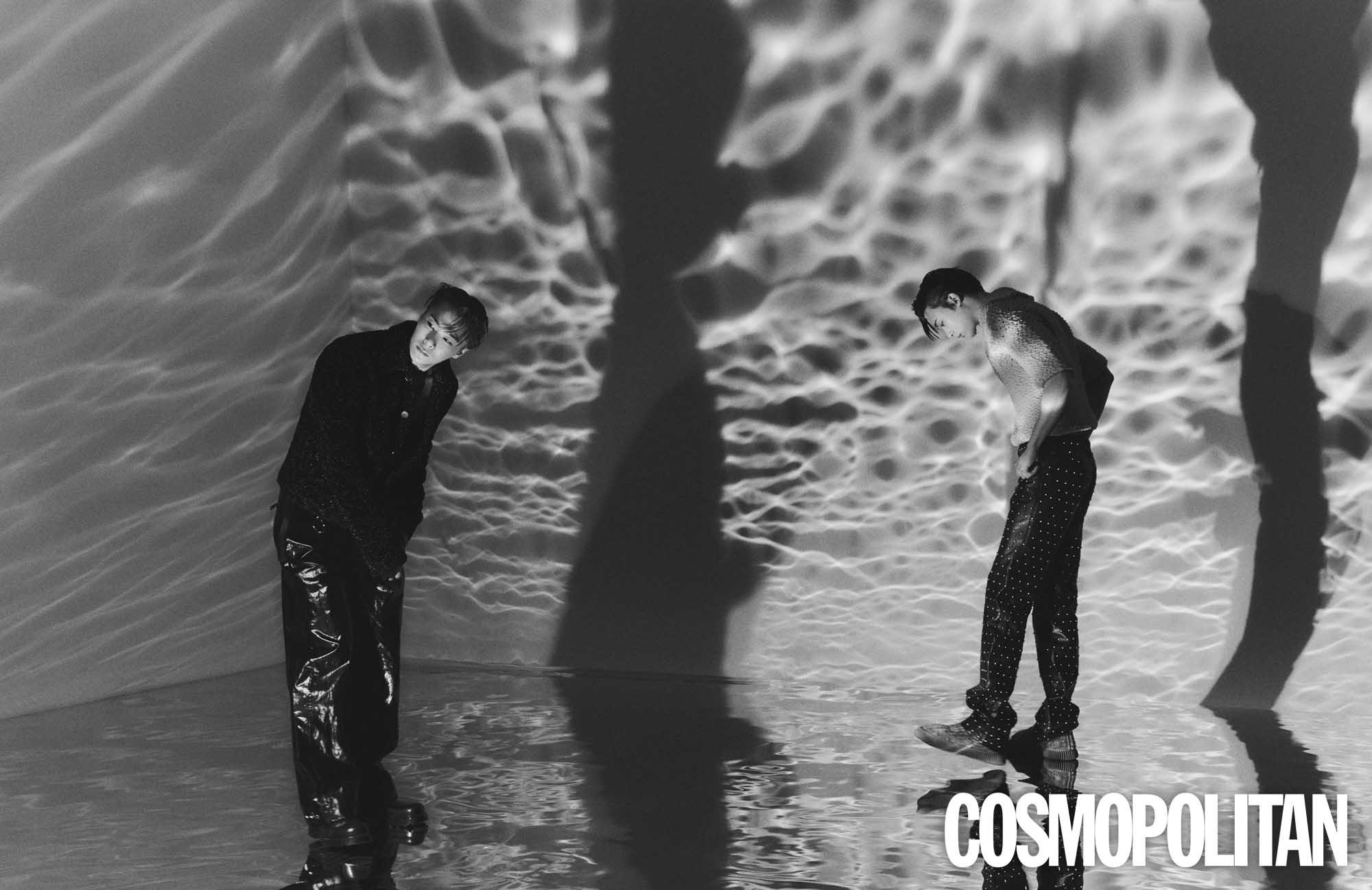 Both Moonbin and Sanha are also pursuing acting, with Moonbin joining “SNL Korea” and Sanha taking a role in the drama “Crazy Love.” Moonbin commented, “I was really nervous since ‘SNL Korea’ is closer to a play. Finding comedic points while also being serious is harder than I thought.”

Sanha commented on his own acting experience, saying, “I’m still getting used to the atmosphere on set. My character is quite serious but also has a jokester side, so he’s indispensable. If you pay attention to his chemistry with his girlfriend I think you’ll find the drama to be even more interesting.”

When asked for any final words to wrap up the interview, Sanha began, “Today’s pictorial concept was very fascinating. I think it’s fun to try a new challenge like this during a photo shoot. It was my first time pushing my bangs back so much, too.” Moonbin remarked, “It was unique,” to which Sanha concluded, “It was like we were at an art museum. It was a great experience.”

Check out Sanha in his drama “Your Playlist” with subtitles below:

ASTRO
Cosmopolitan
Moonbin&amp;Sanha
How does this article make you feel?