Shin Hyun Been and Goo Kyo Hwan will go against a mysterious force in the upcoming TVING series “Monstrous”!

The drama is penned by director Yeon Sang Ho, who directed “Train to Busan” and “Peninsula” and wrote the OCN drama “The Cursed,” as well as Ryu Yong Jae, who wrote “Pied Piper” and “My Holo Love.” It will be directed by Jang Gun Jae, who won Best Screenplay at the 16th Busan Film Critics Award and Best Director and Best Screenplay at the 3rd Wildflower Film Awards with the film “A Midsummer’’s Fantasia.”

On March 22, TVING shared a special poster that raises expectations for the birth of a supernatural thriller on a different level. Previous posters depicted Jung Ki Hoon and Lee Soo Jin being drawn to an irresistible and mysterious force. The new poster foreshadows a horrifying catastrophe. Their faces are shadowed with seriousness as they are surrounded by a flock of black birds. The haunting atmosphere creates chilling tension, and the text on the poster reads, “Those who sees its eyes get trapped in hell.” 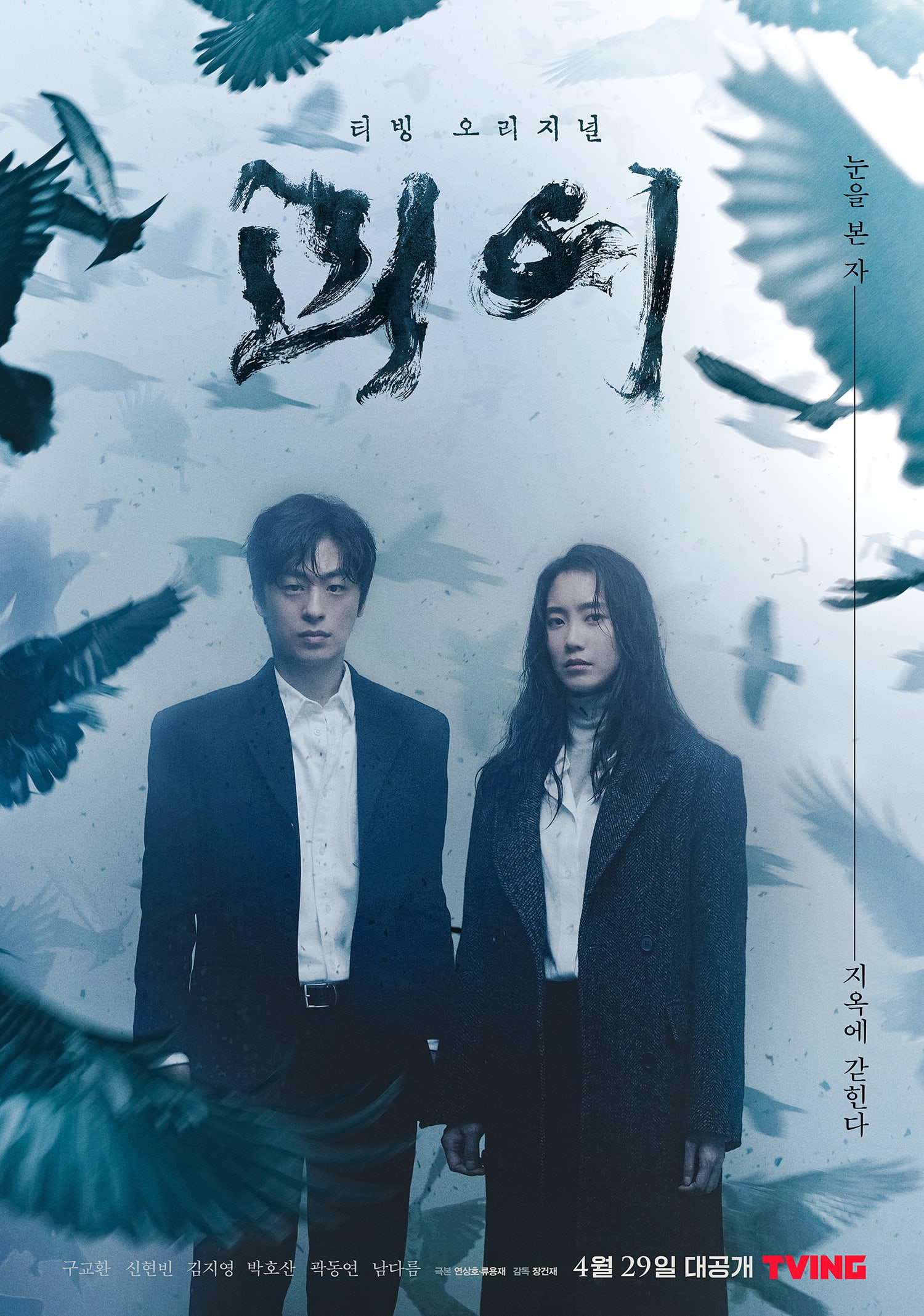 TVING also released an English version of the poster for the 2022 Cannes International Series Festival. “Monstrous” was invited to the ‘KOREA FOCUS” category along with tvN’s “Work Later, Drink Now” and Watcha’s “Damn Good Company.” 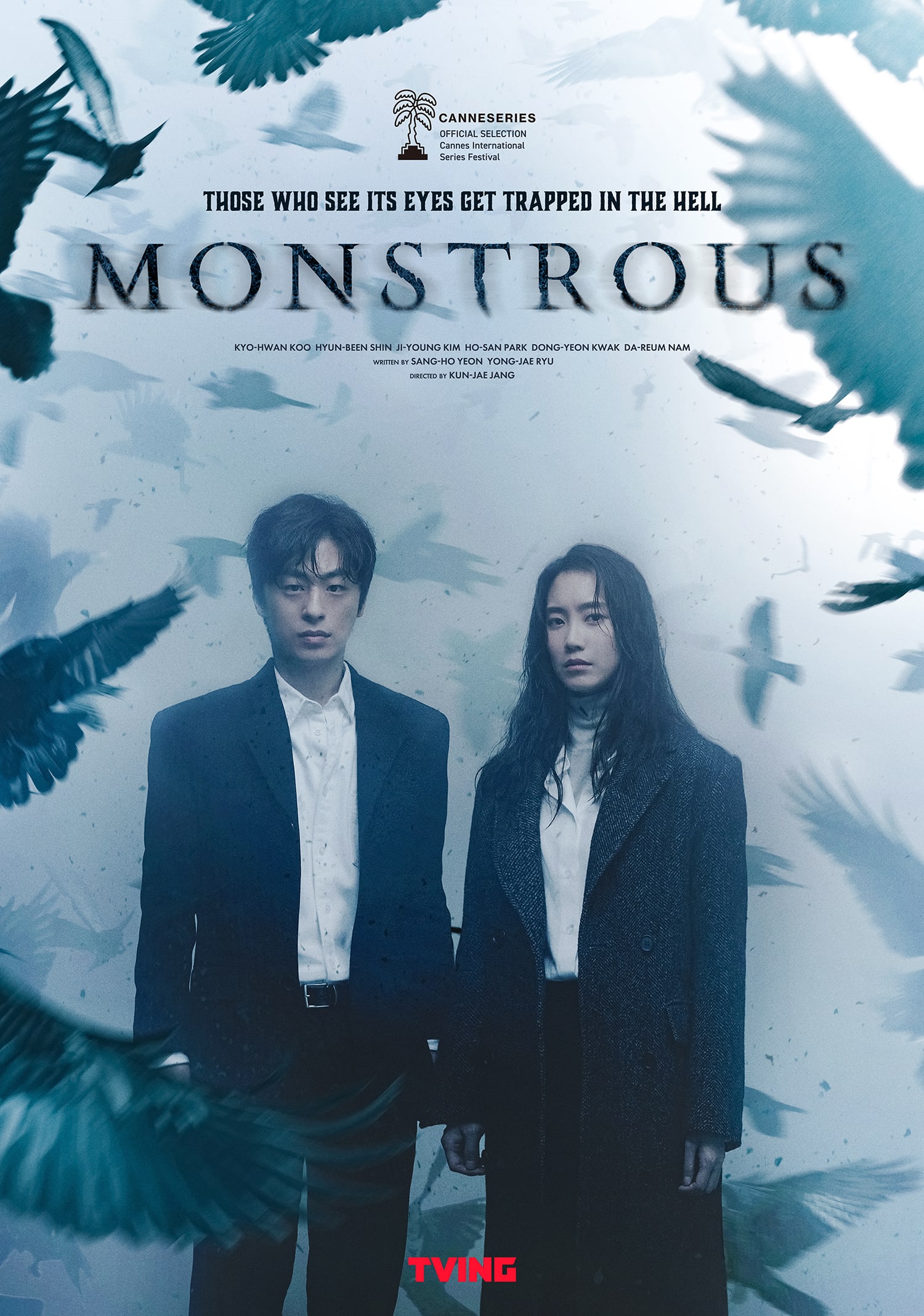 The producers of “Monstrous” commented, “We will show the essence of a supernatural thriller that was created in the most Korean [way] with an original view of the world. Please look forward to the synergy of Shin Hyun Been and Goo Kyo Hwan, who will fight against the strange power that penetrates the hell in people’s hearts.”

“Monstrous” will premiere on April 29 via TVING. Check out a teaser here!

Goo Kyo Hwan
Monstrous
Shin Hyun Been
How does this article make you feel?