Based on a novel by Kang Ji Young, “The Killer’s Shopping List” is a comedy mystery thriller about an ordinary neighborhood on the outskirts of Seoul. When a mysterious body is found in the vicinity of an apartment building, a supermarket receipt becomes a key piece of evidence that kicks off an entertaining hunt for the killer.

Lee Kwang Soo stars as Ahn Dae Sung, the son of a supermarket owner. He was once considered a genius with impressive memorization skills, but his life took a turn for the worse after an incident at his mom’s supermarket when he was 10 years old. Despite his outstanding memory, he failed the civil service exam three years in a row.

The newly released stills depict Lee Kwang Soo’s flawless transformation into MS Mart’s cashier. With a book in hand, Ahn Dae Sung conveys his resolve to pass the civil service exam this time around. As a cashier, he smiles warmly at a supermarket customer, highlighting his warm personality. 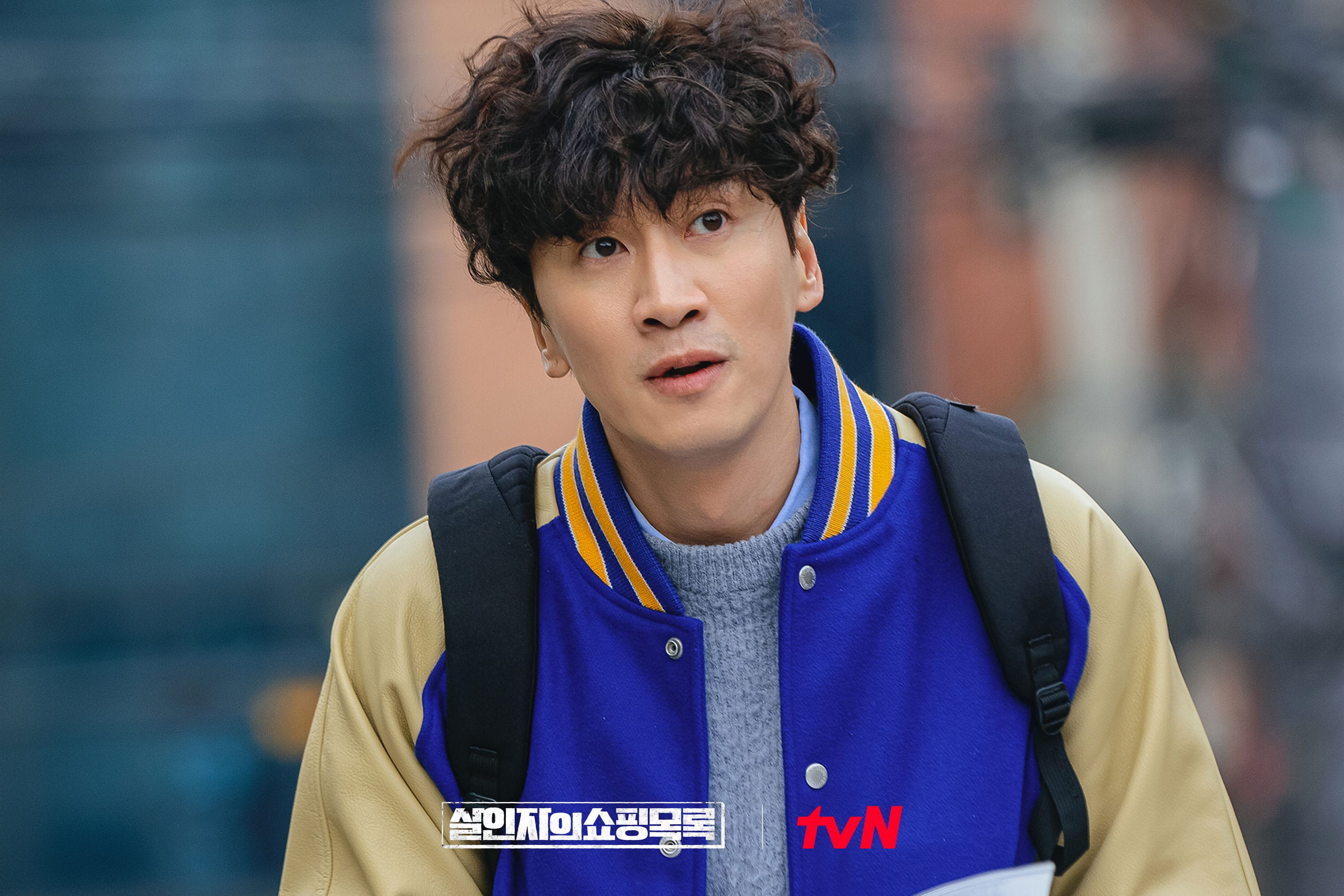 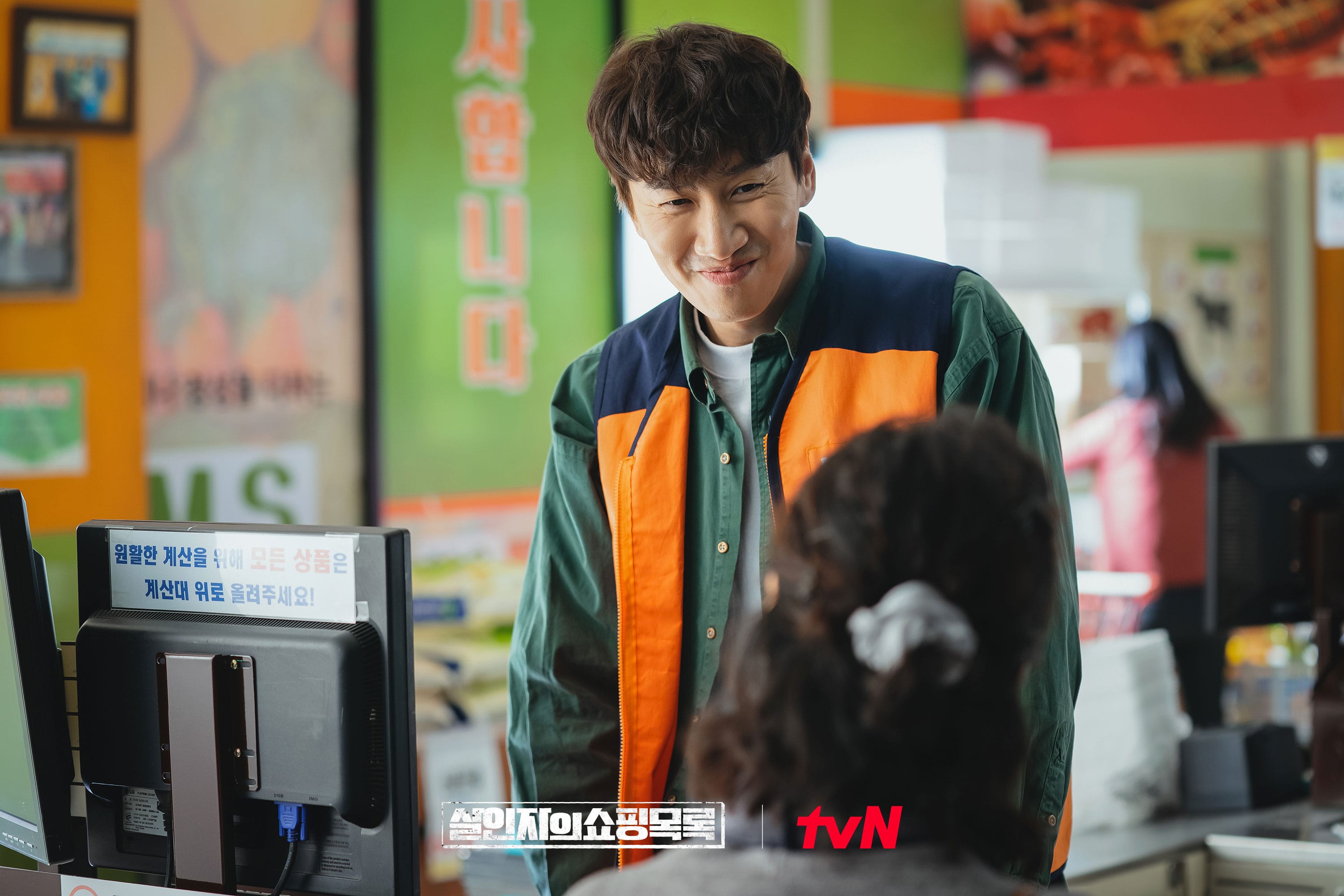 However, beneath his friendly exterior is an unexpected charm. Wearing a head lantern, Ahn Dae Sung carefully analyzes clues with great passion, making viewers curious about the murder case that will unfold in the upcoming drama. Ahn Dae Sung will use his exceptional observational skills, extraordinary memory, and accurate calculation abilities to hunt down the serial killer. As he coincidentally gets swept up in a murder case, Ahn Dae Sung will study the only clue available, which is the killer’s shopping list, to become a hero and solve the mystery. 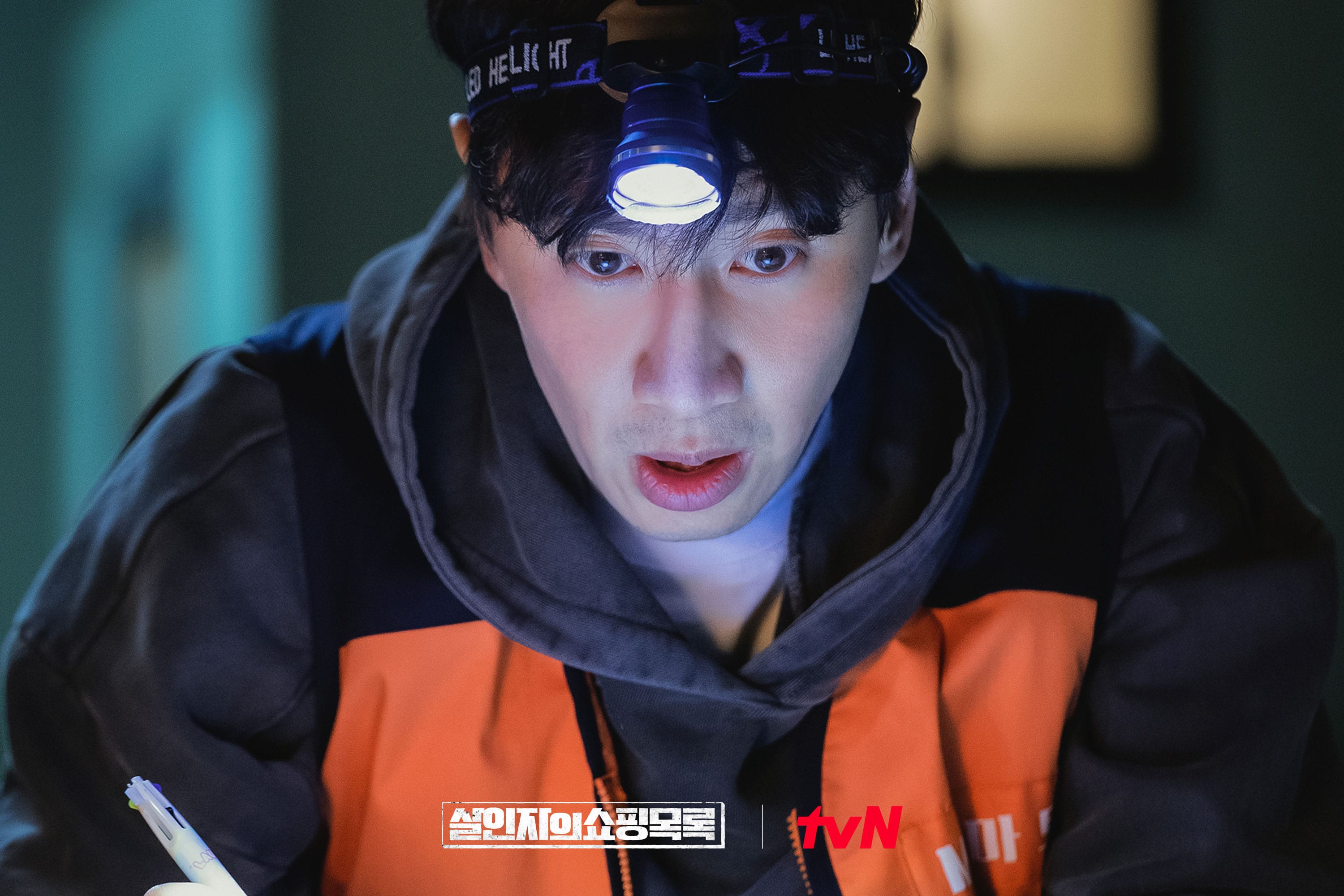 Lee Kwang Soo shared, “Ahn Dae Sung’s charm is that he is the type of young man that is rare to see these days with a lot of affection and interest in people, knowing who the village residents are and how their family relationships are while working at the supermarket.” He continued, “While reading the script, the most interesting parts were MS Mart’s employees and the village residents, who are characters of diverse colors that are likely to exist near us. It will be fun seeing those characters one by one.”

The production team shared, “Lee Kwang Soo, who has firmly solidified his own colors with his unique acting, is already Ahn Dae Sung himself.”

“The Killer’s Shopping List” premieres on April 27 at 10:30 p.m. KST. In the meantime, watch a teaser for the drama here!

Lee Kwang Soo
The Killer's Shopping List
How does this article make you feel?