Lee Kwang Soo will star in the drama as Ahn Dae Sung, the son of supermarket owner Jung Myung Sook (played by Jin Hee Kyung). Although he was once considered a genius with impressive memorization skills, his life took a turn for the worse due to an incident that took place at his mom’s market when he was 10 years old. Despite his extraordinary brain and powers of perception, Ahn Dae Sung is currently going through a rough patch after having failed the examination to become a public service official for three years in a row.

AOA’s Seolhyun will star in the drama as Ahn Dae Sung’s girlfriend Do Ah Hee, a passionate police officer who has only had eyes for him from a very young age. When a body is discovered near an apartment building, Do Ah Hee steps up to catch the culprit herself.

Finally, Jin Hee Kyung will star as Jung Myung Sook, a supermarket owner and Ahn Dae Sung’s fearless mother. Jung Myung Sook has a lot of love for both her husband, who is incompetent but handsome, and her son, who is foolish but endearing. Due to her hard work and business savvy, she manages to grow her small neighborhood store into a large supermarket that takes up an entire two-story building.

In the newly released poster, Ahn Dae Sung clutches a dauntingly long supermarket receipt as he sits in a cart chock-full of various groceries. His shocked expression suggests that something extraordinary has taken place, and it’s up to the trio to search for the decisive clue hidden in the killer’s titular shopping list. 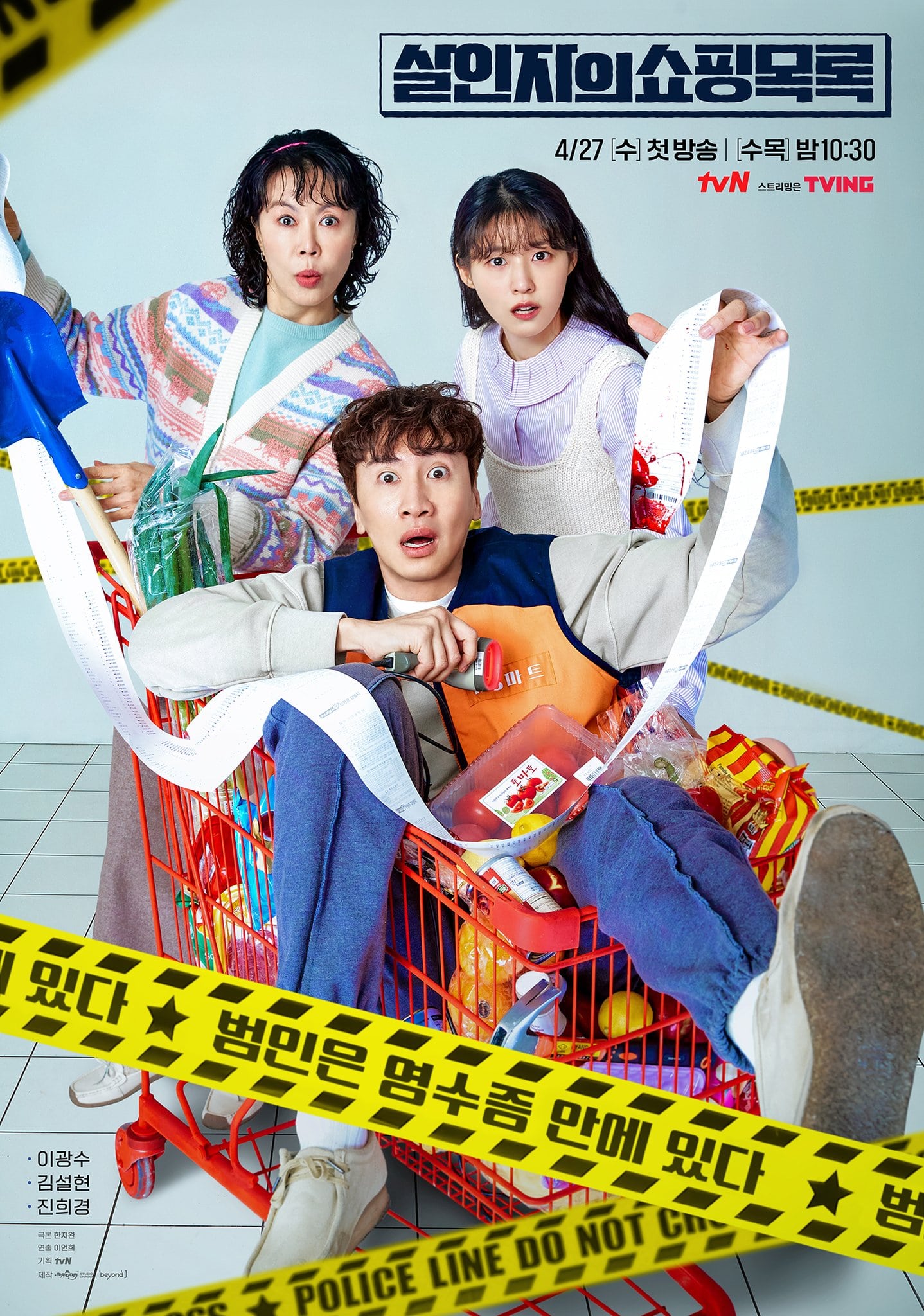 In the meantime, watch Seolhyun in her previous drama “Awaken” with subtitles below…

…and Lee Kwang Soo in his film “Tazza: One Eyed Jack” below: