Even before its premiere, all eyes are already on Mnet’s “Queendom 2“!

“Queendom 2,” the highly-anticipated second season of Mnet’s hit idol competition show, is slated to begin airing this week. Starting on March 31, VIVIZ, LOONA, WJSN, Brave Girls, Kep1er, and Hyolyn will be fighting for the crown as they go head-to-head in several spectacular rounds of performances.

In the week leading up to its premiere, “Queendom 2” debuted at No. 1 on Good Data Corporation’s list of the non-drama TV shows that generated the most buzz over the past week. The company determines each week’s rankings by analyzing data from news articles, blog posts, online communities, videos, and social media posts about non-drama TV shows that are either currently airing or set to air soon.

Meanwhile, Oscar-winning actress Youn Yuh Jung topped the list of most buzzworthy non-drama TV appearances after her guest appearance on tvN’s “You Quiz on the Block.”

The top 10 non-drama TV shows that generated the most buzz in the fourth week of March are as follows: 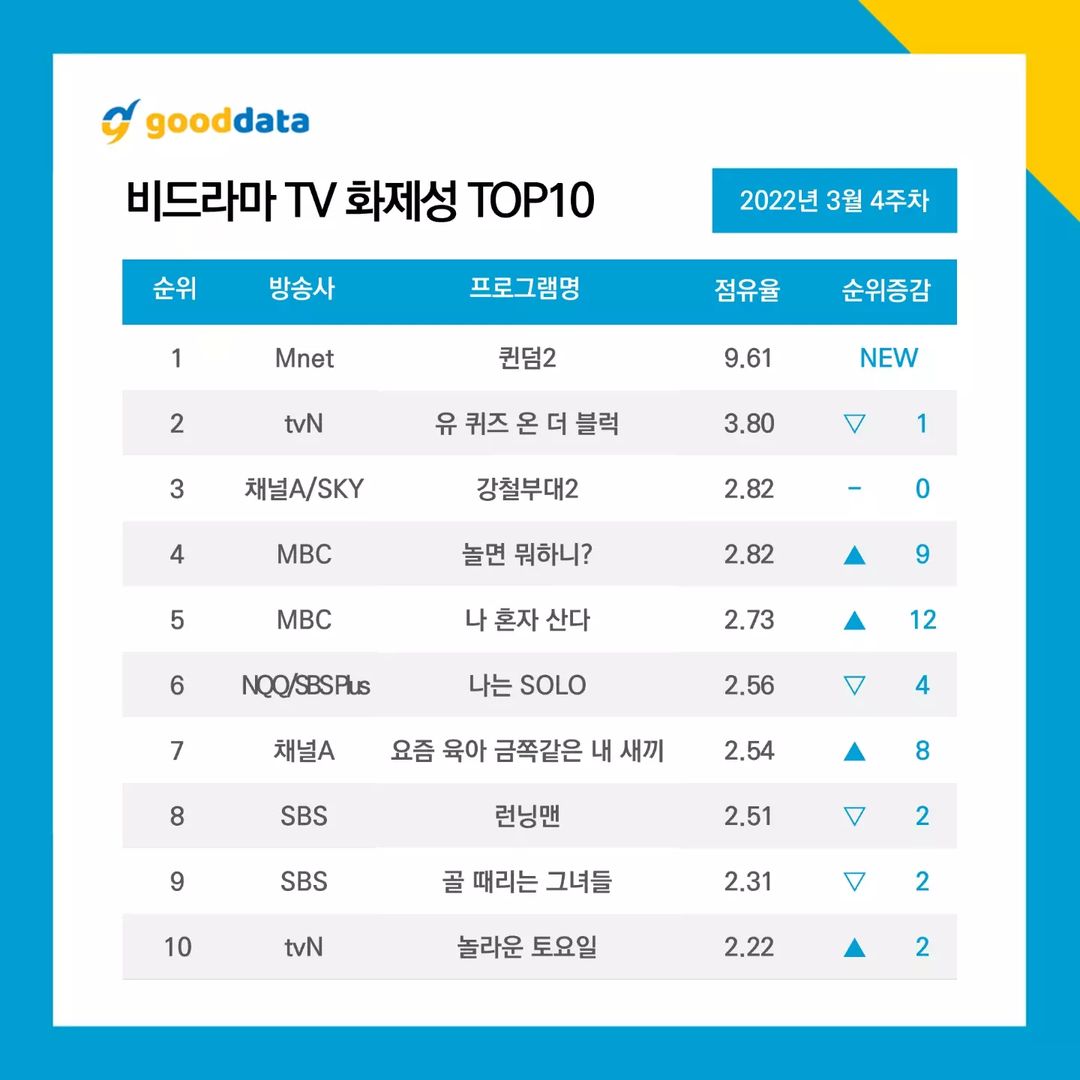 The top 10 non-drama TV appearances that generated the most buzz this week are as follows: 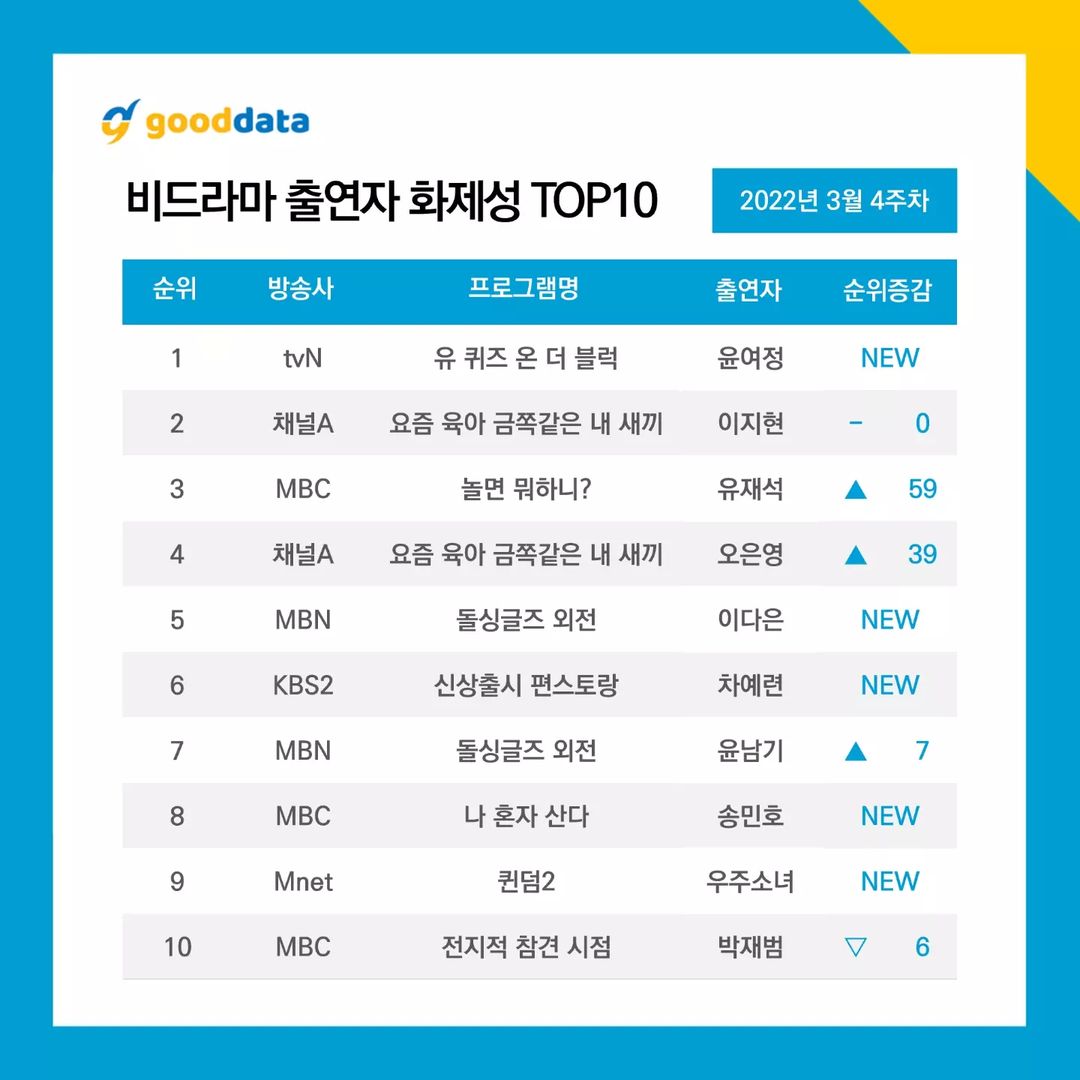 “Queendom 2” premieres on March 31 at 9:20 p.m. KST and will be available with subtitles on Viki. In the meantime, check out VIVIZ, LOONA, and Brave Girls’ Opening Show performances here, as well as WJSN, Kep1er, and Hyolyn’s performances here!

You can also watch a teaser for “Queendom 2” featuring host Girls’ Generation’s Taeyeon with English subtitles below: