“It’s Beautiful Now” is a drama about the three Lee brothers who grew up as part of a generation that avoids dating and marriage. Their parents and grandfather scheme to get them married off by offering their valuable apartment to the brother who can bring home a spouse first.

Yoon Shi Yoon stars as the middle Lee brother, Lee Hyun Jae, who is a divorce lawyer. No matter the case, he’s always vigilant and prepares flawlessly for trials with the mindset that cases aren’t over with until they’re closed. Bae Da Bin stars as Hyun Mi Rae, a personal shopper and Lee Hyun Jae’s client, who is seeking an annulment after getting caught up in a marriage fraud scheme.

In the newly released poster, Lee Hyun Jae and Hyun Mi Rae are sitting across from each other and sharing a glass of orange juice. Papers are scattered all over the table they’re sitting at, and there is a stamp in front of her. Although it looks like they’re having some kind of business meting, there’s a romantic vibe between the two, raising questions about their relationship. On top of that, the straightforward text on the poster asks, “Would you marry me if I let you divorce me?” 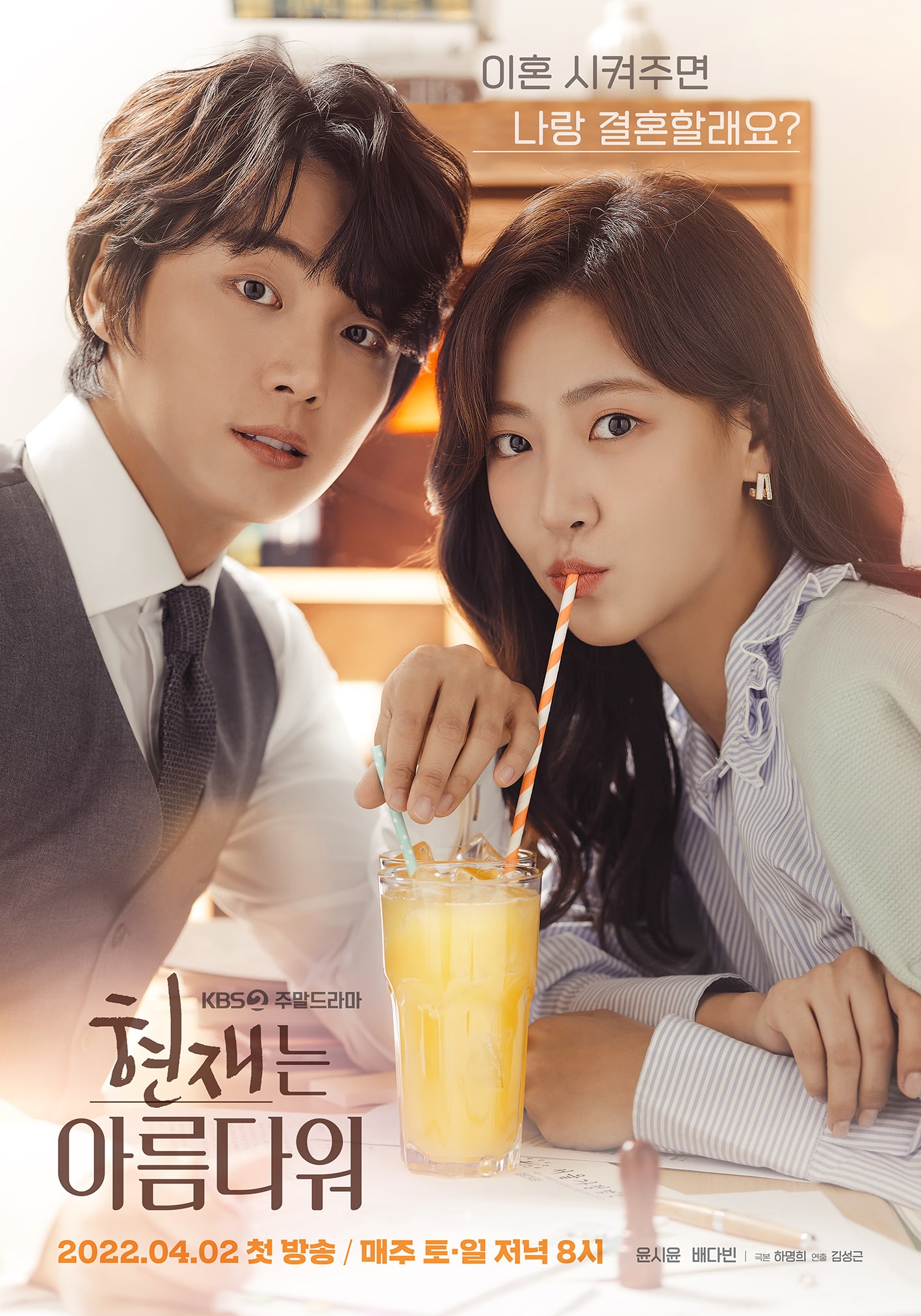 In the meantime, watch Bae Da Bin in “Pipeline“:

Yoon Shi Yoon
Bae Da Bin
It's Beautiful Now
How does this article make you feel?