Gaon Chart has revealed its chart rankings for the week of March 20 to 26!

Jay Park and IU’s collab track “GANADARA” came in at No. 2 on this week’s overall digital chart, while Red Velvet’s new title track “Feel My Rhythm” debuted at No. 3. Girls’ Generation’s Taeyeon’s “INVU” stayed strong at No. 4, followed by “How Do You Play?” project group MSG Wannabe (M.O.M)’s “Do you want to hear” at No. 5. 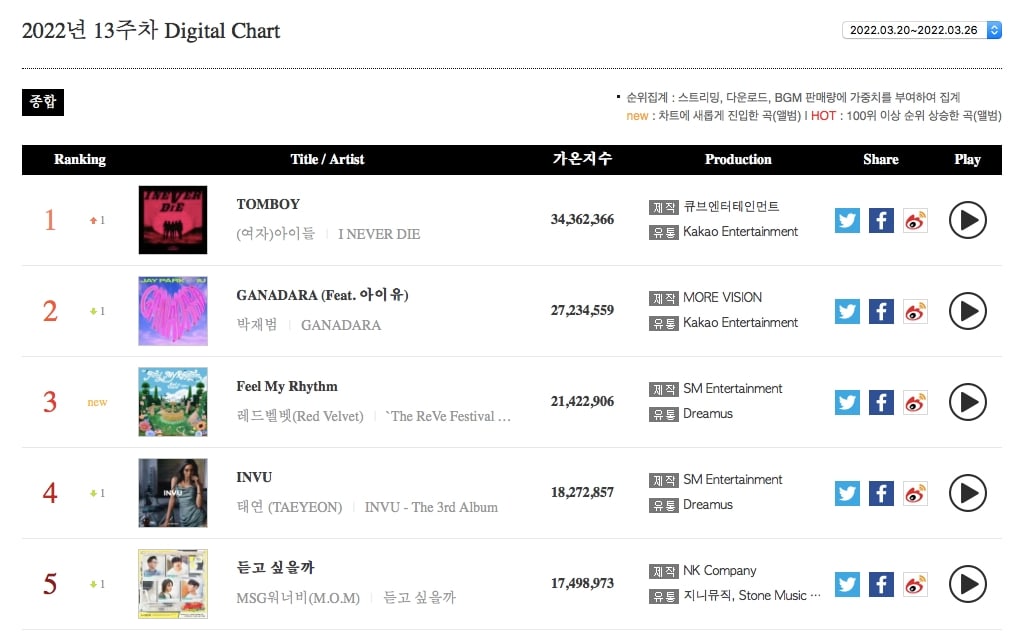 (G)I-DLE’s “TOMBOY” rose to No. 1 on this week’s digital download chart, while Stray Kids’ latest title track “MANIAC” climbed to No. 2.

Red Velvet’s “Feel My Rhythm” and Highlight’s “DAYDREAM” debuted at No. 3 and No. 4 respectively, while Jay Park’s “GANADARA” (featuring IU) rounded out the top five for the week. 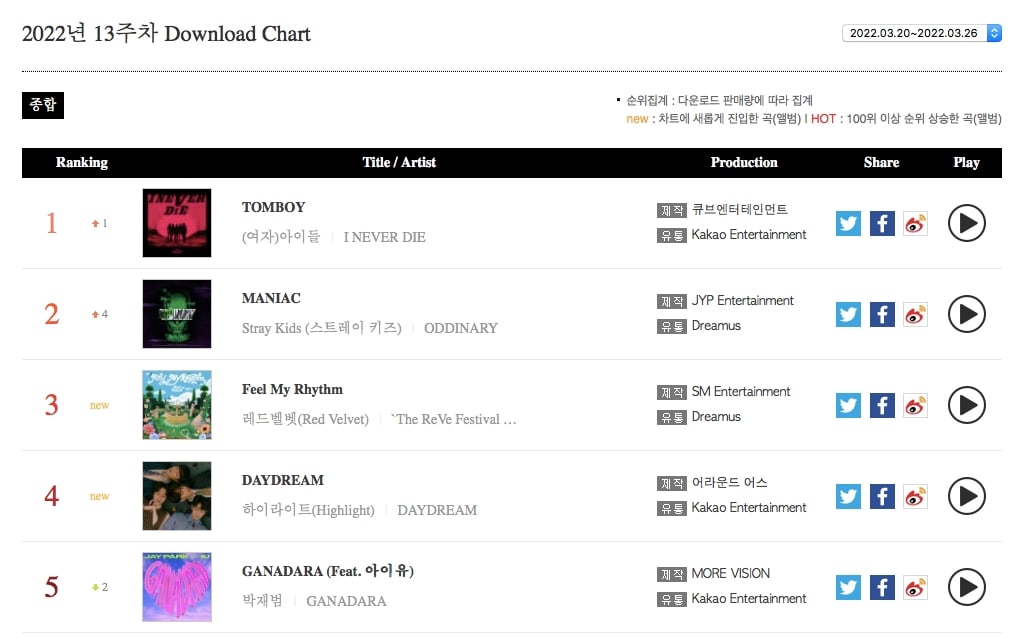 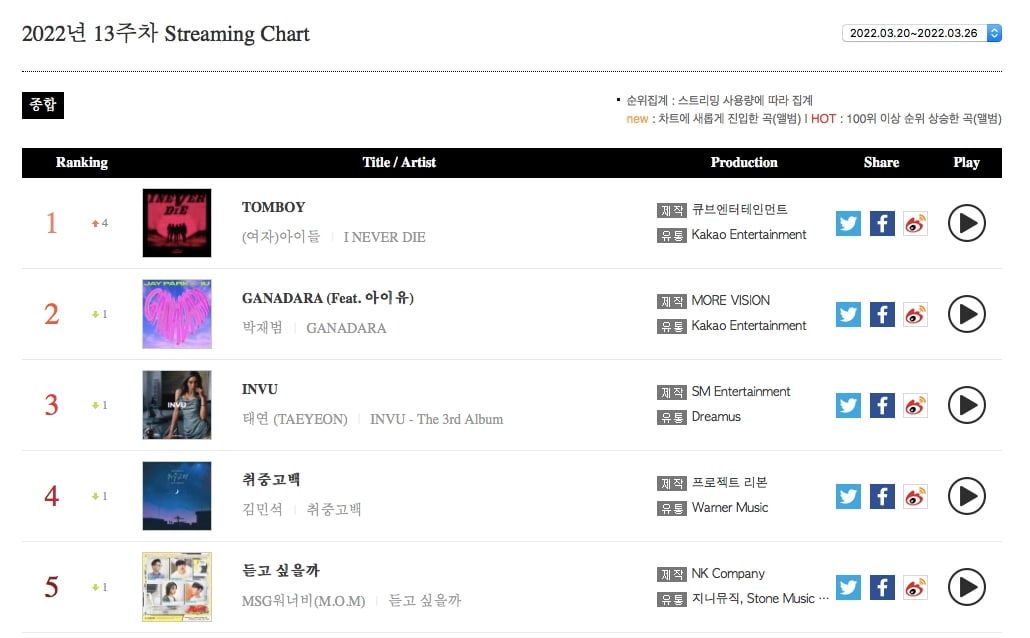 CRAVITY topped this week’s physical album chart with their new release “LIBERTY : IN OUR COSMOS,” which debuted at No. 1.

Red Velvet’s “The ReVe Festival 2022 – Feel My Rhythm” entered the chart at No. 2 this week, trailed by Stray Kids’ “ODDINARY” at No. 3. Highlight’s “DAYDREAM” debuted at No. 4, with MONSTA X’s Kihyun’s solo debut single album “VOYAGER” rounding out the top five. 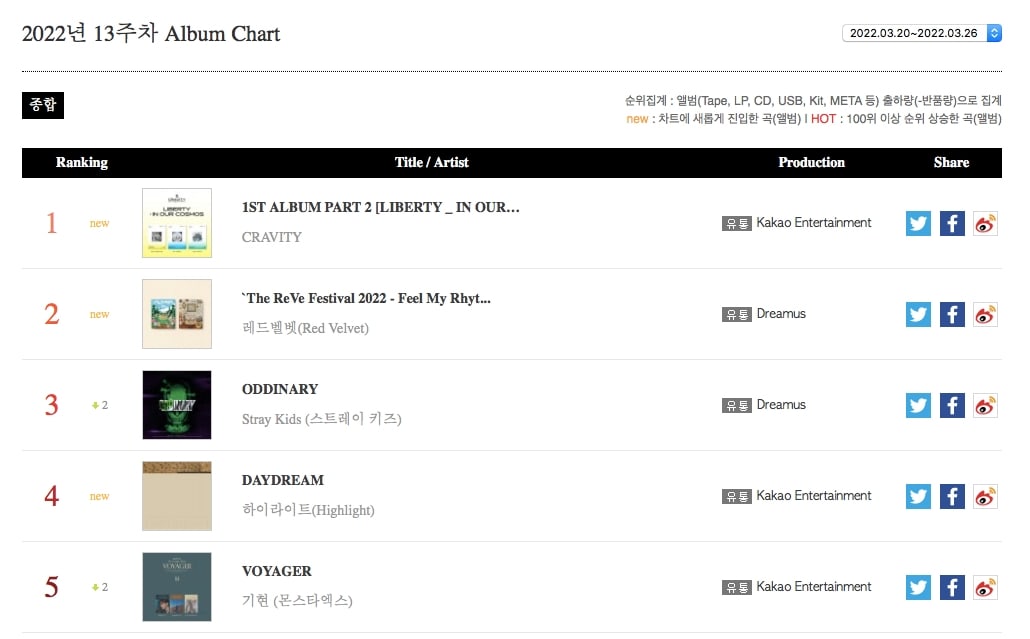 The top four artists on this week’s social chart were exactly the same as last week: BTS continued their reign at No. 1, followed by BLACKPINK at No. 2, BLACKPINK’s Lisa at No. 3, and Lim Young Woong at No. 4.

Finally, Red Velvet shot up 16 spots in the rankings to take No. 5 for the week. 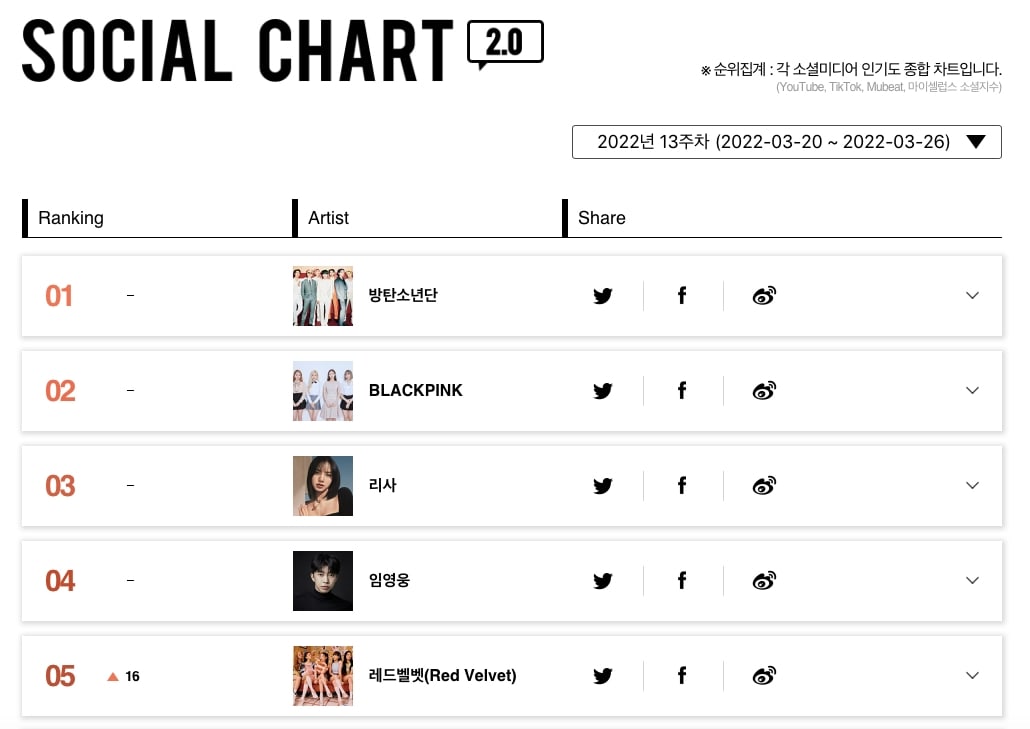