An omnibus-style horror movie with a star-studded lineup, “Seoul Ghost Story” will offer modern-day reinterpretations of various ghost stories. Set in Seoul, the film will be split up into 10 episodes that deal with different horrors found in familiar places in everyday life.

The cast will include Kim Do Yoon from “Peninsula” and “Hellbound,” Lee Young Jin from “Memento Mori,” Oh Ryoong from “Pretty Noona Who Buys Me Food,” Lee Soo Min from “The Dude in Me,” Lee Yul Eum from “Nevertheless,” and Jung Won Chang from “The Uncanny Counter.”

The newly released poster offers ominous glimpses of the film’s 10 stories, along with their intriguing titles: “The Girl in the Mirror,” “Ghost Marriage,” “A Mannequin,” “The Wall,” “Escape Games,” “Necromancy,” “Tunnel,” “The Women in Red,” “Tooth Worms,” and “The Closet.” 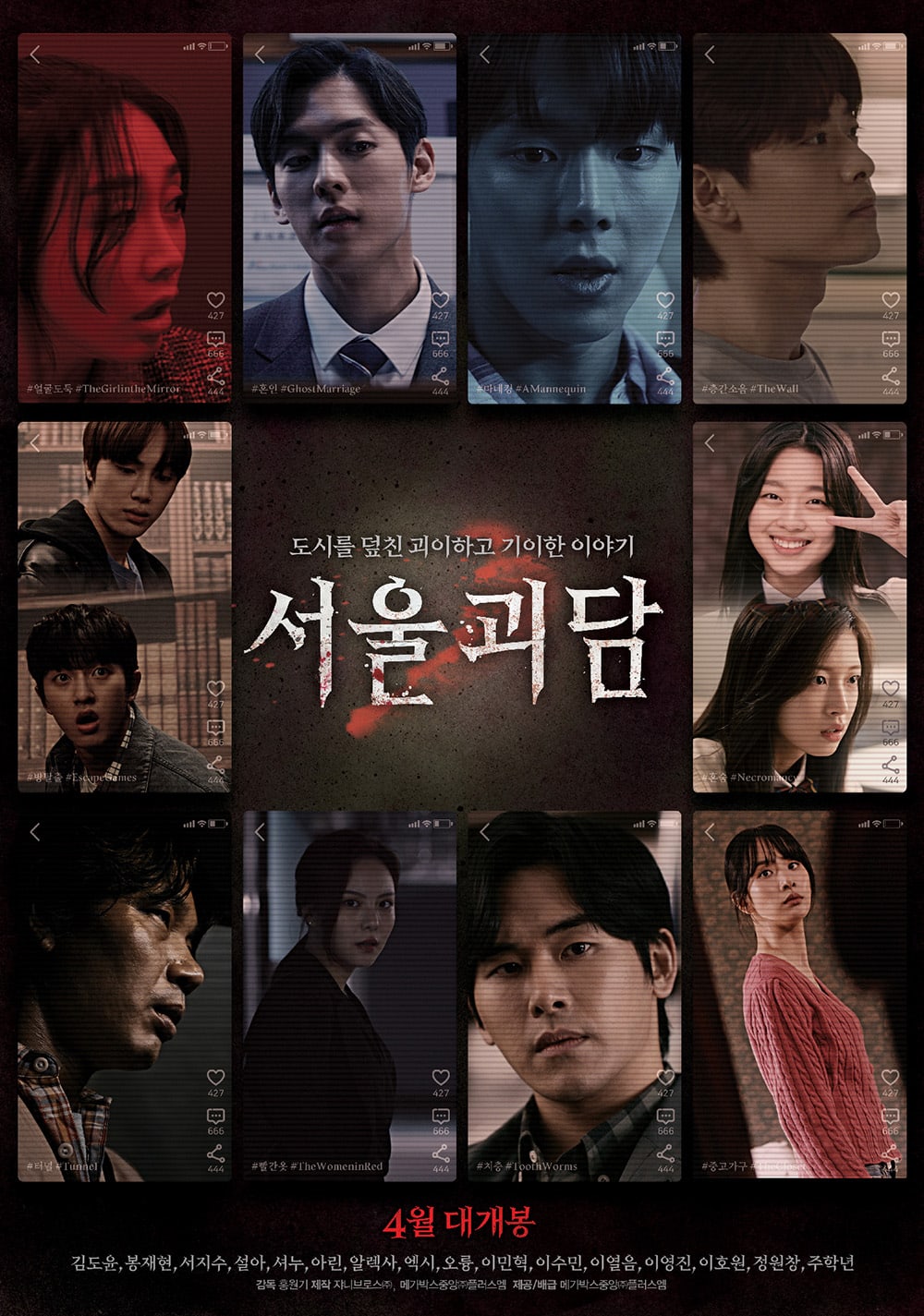 In the meantime, watch Minhyuk in his drama “Number Six” with subtitles below!