3 Points To Anticipate In Final Episodes Of “A Business Proposal”

What are the fates awaiting the two couples of “A Business Proposal”?

Based on a popular web novel that has been adapted into a webtoon, “A Business Proposal” is a romantic comedy about an office employee who goes on a blind date with her company’s CEO in place of a friend while hiding her identity. Ahn Hyo Seop stars as chaebol heir Kang Tae Moo, who has everything from looks and brains to wealth and business savvy. Kim Sejeong stars as food researcher Shin Ha Ri, who stands in for her best friend and chaebol heiress Jin Young Seo (Seol In Ah) at a blind date with Kang Tae Moo. Meanwhile, Jin Young Seo falls in love with her next-door neighbor Cha Sung Hoon (Kim Min Kyu).

Previously, the two pairs of couples faced various obstacles in their relationships. With just the last two episodes of the series remaining, here are three points to keep an eye out for!

When his grandfather and Chairman Kang Da Goo (Lee Deok Hwa) opposes his relationship with Shin Ha Ri, Kang Tae Moo responds by professing his love even stronger. Even if this gets through to his grandfather, the couple still has to convince Shin Ha Ri’s parents. For now, they believe that Kang Tae Moo is a man in his forties who is a supervisor at Shin Ha Ri’s workplace. It is uncertain how they will react to finding out that he is in fact a third-generation chaebol. 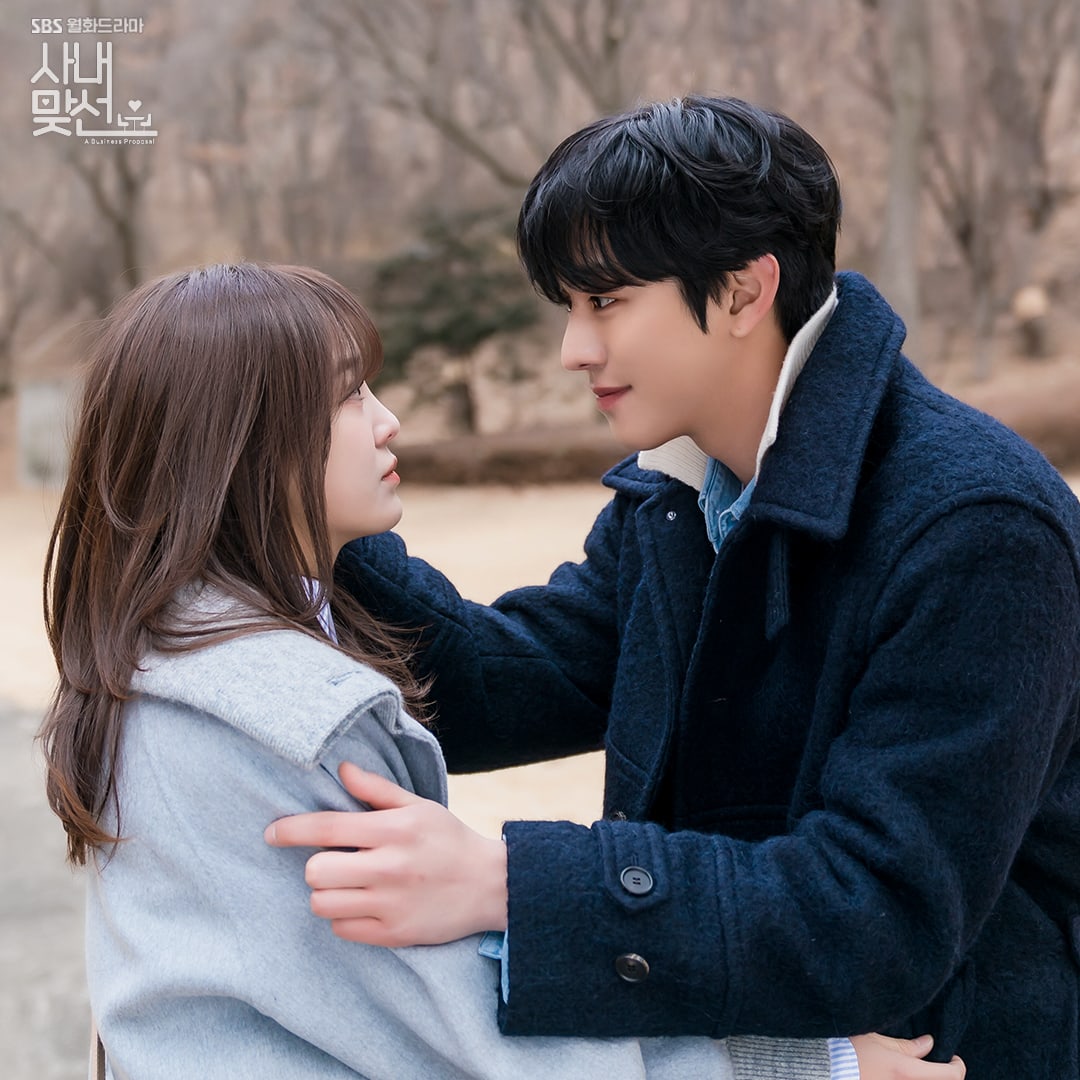 In the midst of this trouble, there is a fishy rumor going around the company regarding Shin Ha Ri. The teaser for the upcoming episode previewed gossip going around among the employees that someone cheated on Kang Tae Moo. Furthermore, Shin Ha Ri’s project with her product development team is put to a halt. She is further pressured to submit her letter of resignation to Kang Da Goo. Especially considering how passionate Shin Ha Ri is about her work, how will she overcome these problems? 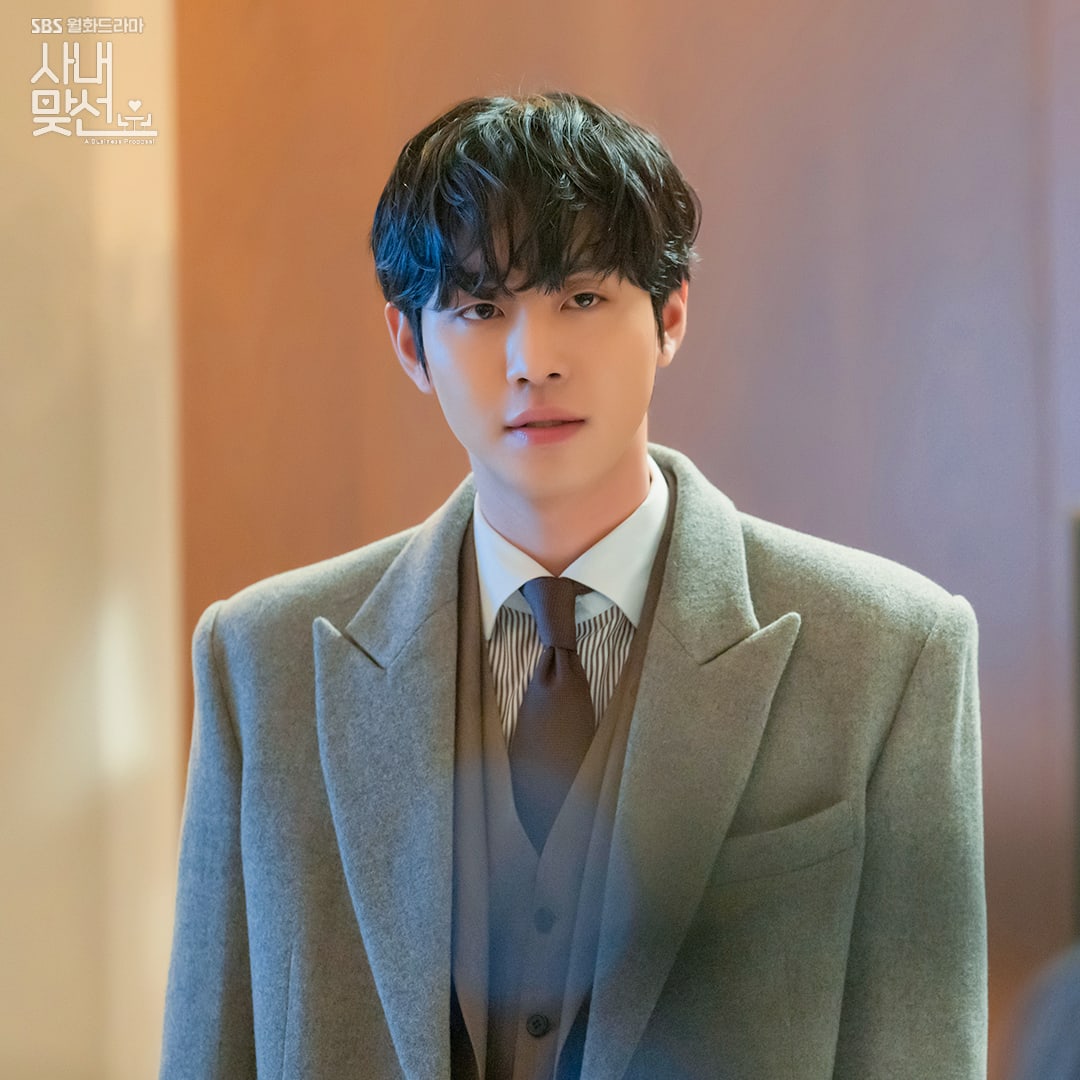 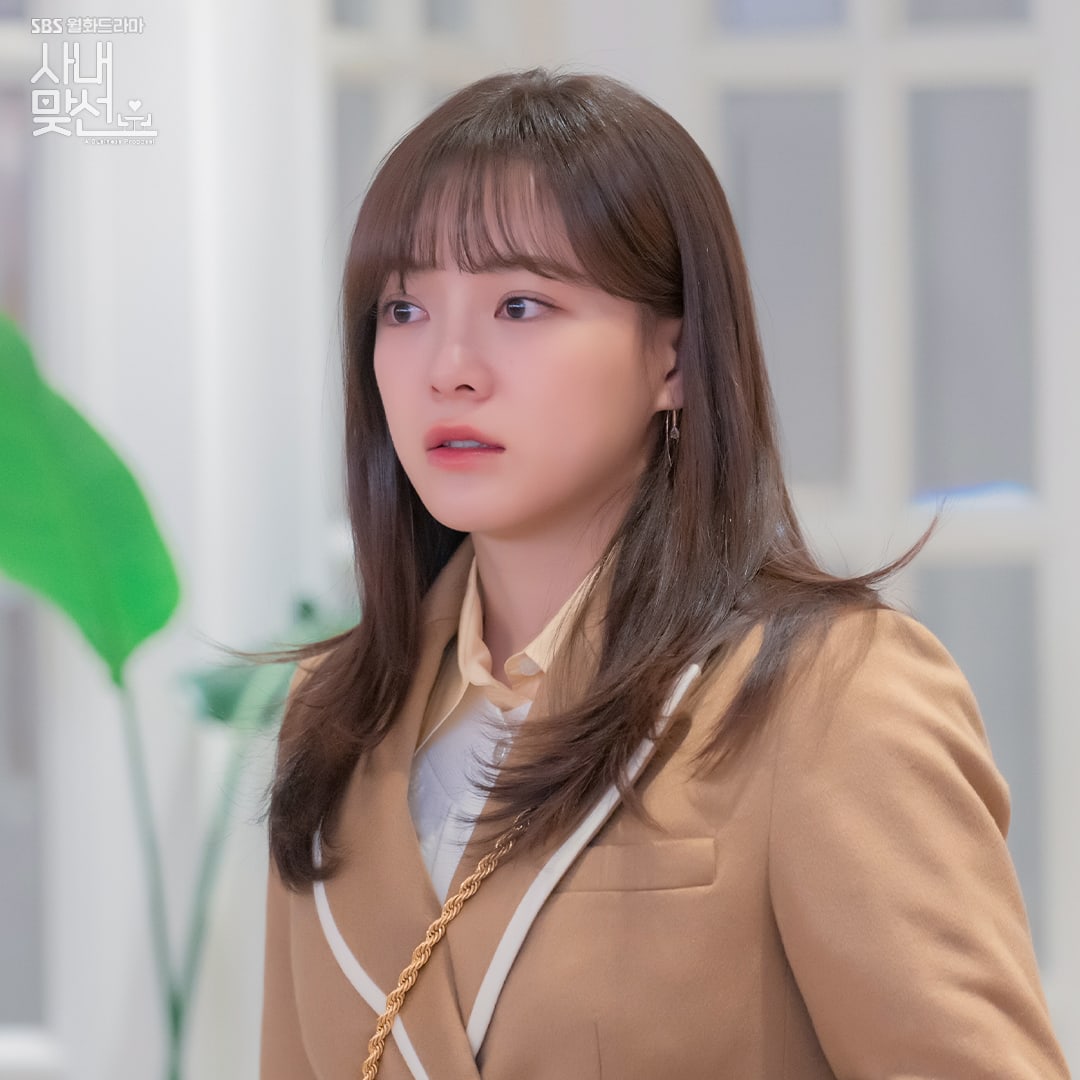 After much contemplation, Cha Sung Hoon finally decided to look past his differences in background with Jin Young Seo and started a relationship with her. However, this was soon discovered by Jin Young Seo’s rich chaebol father, played by Lee Ki Young. In the aforementioned teaser, the three are seen sharing a meal in a tense environment, which ends with Cha Sung Hoon calming Jin Young Seo and walking out with her. Will Chairman Jin be able to look past Cha Sung Hoon’s upbringing and current status and accept him as his daughter’s significant other? 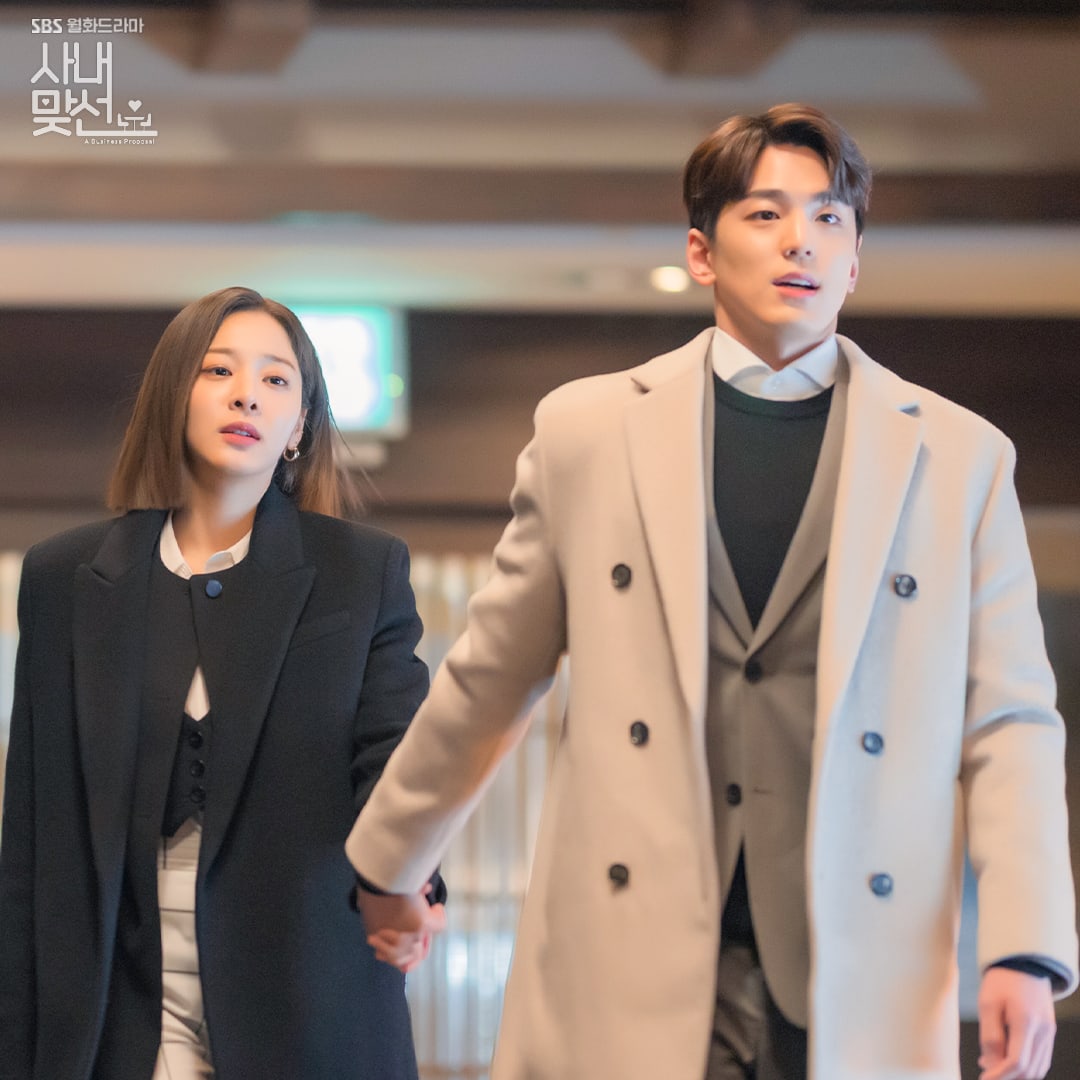 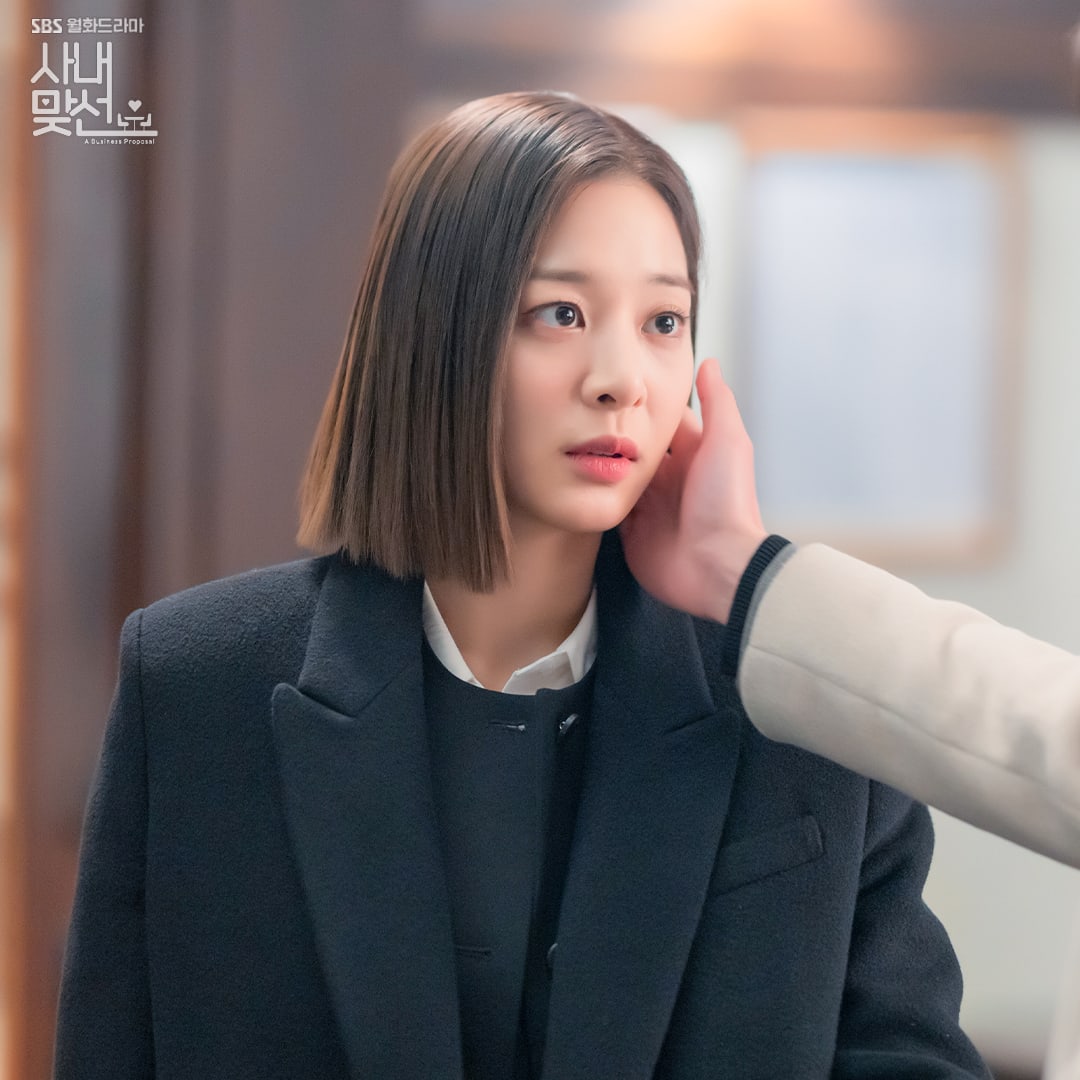 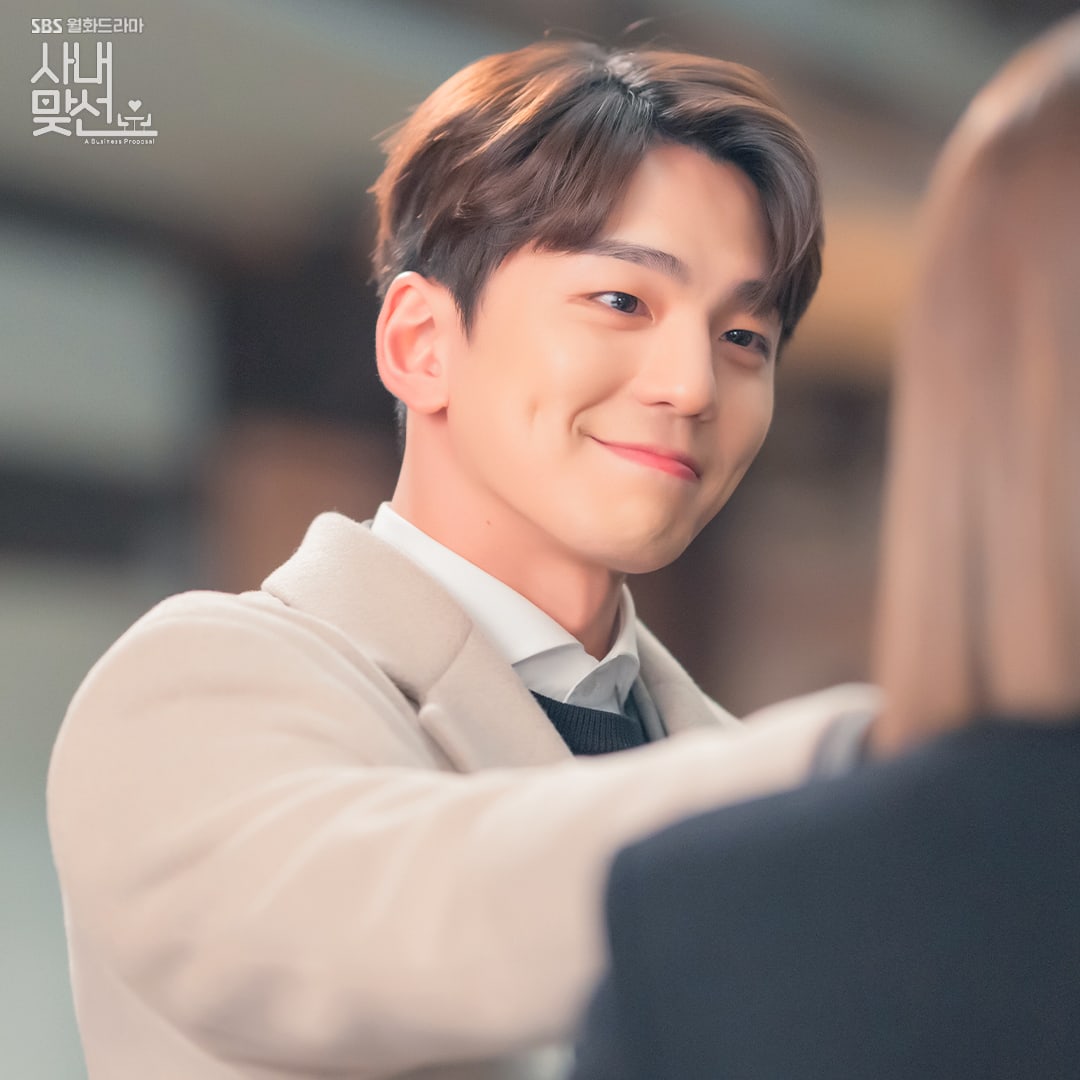 The production team commented, “Kang Tae Moo and Shin Ha Ri, as well as Cha Sung Hoon and Jin Young Seo, all have walls they have to overcome. However, they will each work to overcome those difficulties in their own ways. Please continue to send your love and support for these couples until the end.”

While waiting, watch Ahn Hyo Seop in “Lovers of the Red Sky” below: