The drama is penned by director Yeon Sang Ho, who directed “Train to Busan“‘ and “”Peninsula” and wrote the OCN drama “The Cursed,” as well as Ryu Yong Jae, who wrote “Pied Piper” and “My Holo Love.” It will be directed by Jang Gun Jae, who won Best Screenplay at the 16th Busan Film Critics Award and Best Director and Best Screenplay at the 3rd Wildflower Film Awards with the film “A Midsummer’’s Fantasia.

The new poster highlights the frightening setting of people who must survive against an unbelievable curse. The text on the poster reads, “Those who sees its eyes get trapped in hell,” making viewers wonder about the fate of those who were affected by the curse.

Jung Ki Hoon, Lee Soo Jin, Han Seok Hee, Han Do Kyung, Kwak Yong Joo, and Kwon Jong Soo pulsate with heart-pounding seriousness, and they exude fear as they become surrounded by a dark nightmare. The black rain that flows down the figures further heightens the sense of crisis. The poster also shows a glimpse of the Buddhist statue that should never have been dug up in the first place. Will these six characters be able to fight the curse without being swallowed up by it? 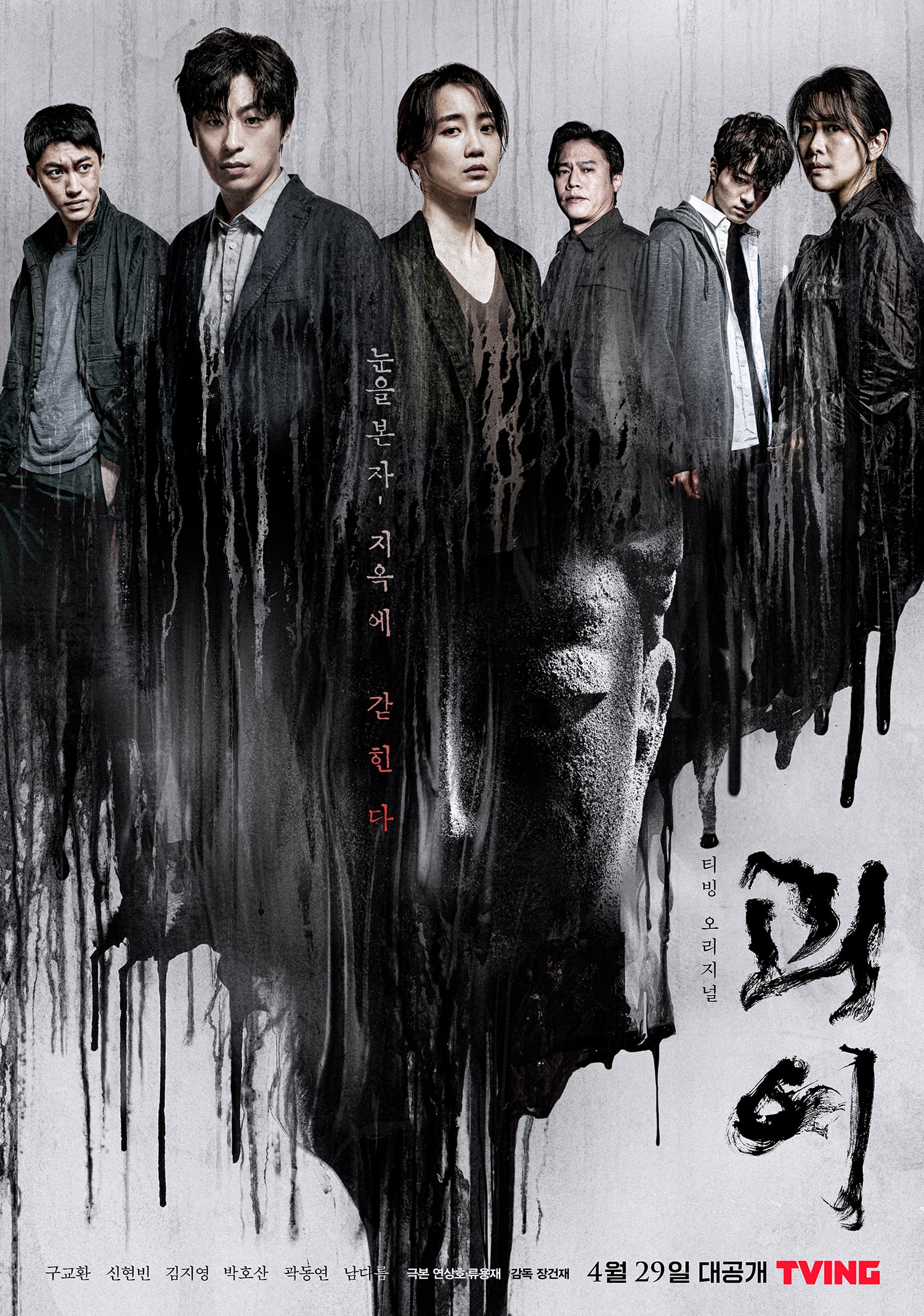 Jung Ki Hoon will confront the strange force head-on, while Lee Soo Jin, who was separated from Jung Ki Hoon due to their daughter’s death, will get severely caught up in the disaster brought upon by the curse. Han Seok Hee will struggle to save her son, and Kwon Jong Soo will waver endlessly without being able to control the confused townspeople. On top of that, Kwon Yong Joo, who finds the curse amusing, and Han Do Kyung, who must deal with the people losing their insanity amidst all the chaos, will fight darkness in their own ways. It will be intriguing to see what kind of different choices people make in extreme situations.

The drama’s producers shared, “The cursed Buddha statue will wake up and open the darkest hell in people’s hearts. Please watch how the ashy fear will bind up the people in an unpredictable darkness. The intertwined stories of Jung Ki Hoon, Lee Soo Jin, Han Seok Hee, Han Do Kyung, Kwak Yong Joo, and Kwon Jong Soo, who fight against a strange force, will create the most Korean supernatural thriller.”

“Monstrous” will premiere on April 29. Check out a teaser here!

In the meantime, check out Nam Da Reum in “The Great Shaman Ga Doo Shim” on Viki: