MIRAE’s Dohyun Apologizes To Billlie For Imitating Their Facial Expressions

On April 4, several MIRAE members held a V Live broadcast during which they played various girl group songs, one of which was Billlie’s “GingaMingaYo (the strange world).” While dancing along to the song, Dohyun made a number of exaggerated facial expressions, which some perceived to be a mockery of the Billlie members’ original expressions while performing the song.

just saw the og tweet was deleted but i was able to see the video still but a member of mirae mocking tsuki for her expressions pic.twitter.com/0BQPGeu1Pj

Dohyun’s full letter is as follows:

Hello, this is MIRAE’s Dohyun.

I would like to apologize regarding the on-the-way-home V Live broadcast from April 4.

I conveyed my apology to the Billlie members through my management agency, and I also plan to apologize directly.

I’m sorry that I have given many people cause for concern through my thoughtless behavior, and I will be more cautious and careful in all matters in the future. I will gladly accept all the criticism that has been made of me, who is still lacking in many ways. Once again, I apologize. 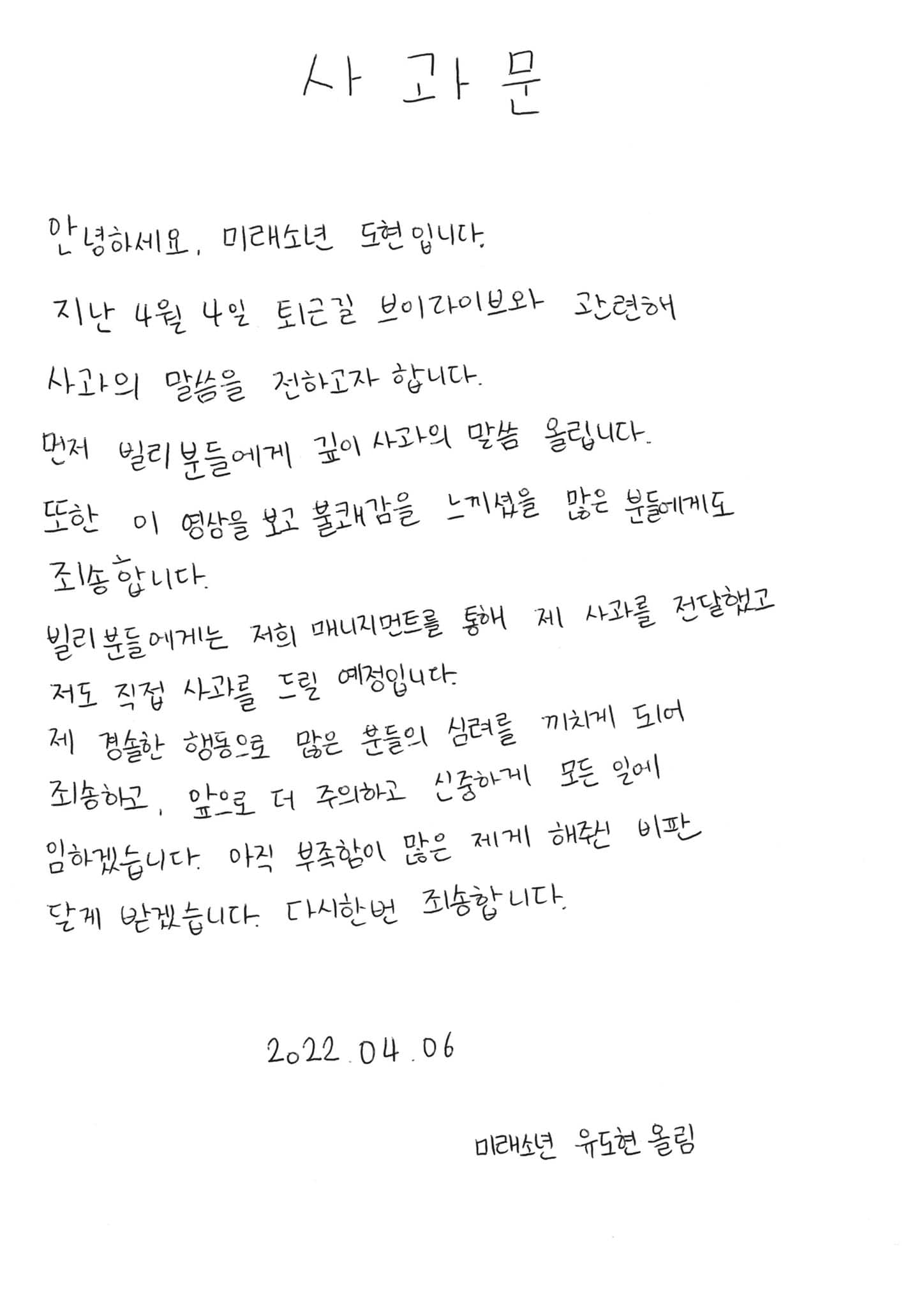 Mirae
Billlie
Dohyun (MIRAE)
How does this article make you feel?