“It’s Beautiful Now” tells the story of three brothers who avoid dating and marriage until their parents and grandfather come up with an unusual scheme to marry them off: the family announces that their valuable apartment will go to whichever brother can bring home a spouse first.

On the previous episode of “It’s Beautiful Now,” Shim Hae Joon and Lee Yoon Jae got off to a rocky start when he was recommended to her as a dentist. Although Shim Hae Joon didn’t expect any special treatment because of her connection to his brother, she cautiously mentioned that she’d still hoped he’d be friendly—but Lee Yoon Jae bluntly pointed out that since they didn’t know each other at all, acting friendly and familiar would be dishonest and “only for business.” The encounter left Shim Hae Joon in disbelief and wondering how such a tactless person could exist.

However, in the drama’s upcoming third episode, things will take an unexpected turn between the seemingly mismatched duo when they meet again.

In contrast to his terrible first impression, Lee Yoon Jae will surprise Shim Hae Joon by making her heart skip a beat as he carefully explains the correct way to use dental floss. As decidedly unsexy as dental floss might seem, Lee Yoon Jae finds a way to make it work as he demonstrates its proper use by getting up close and personal with the startled lawyer. 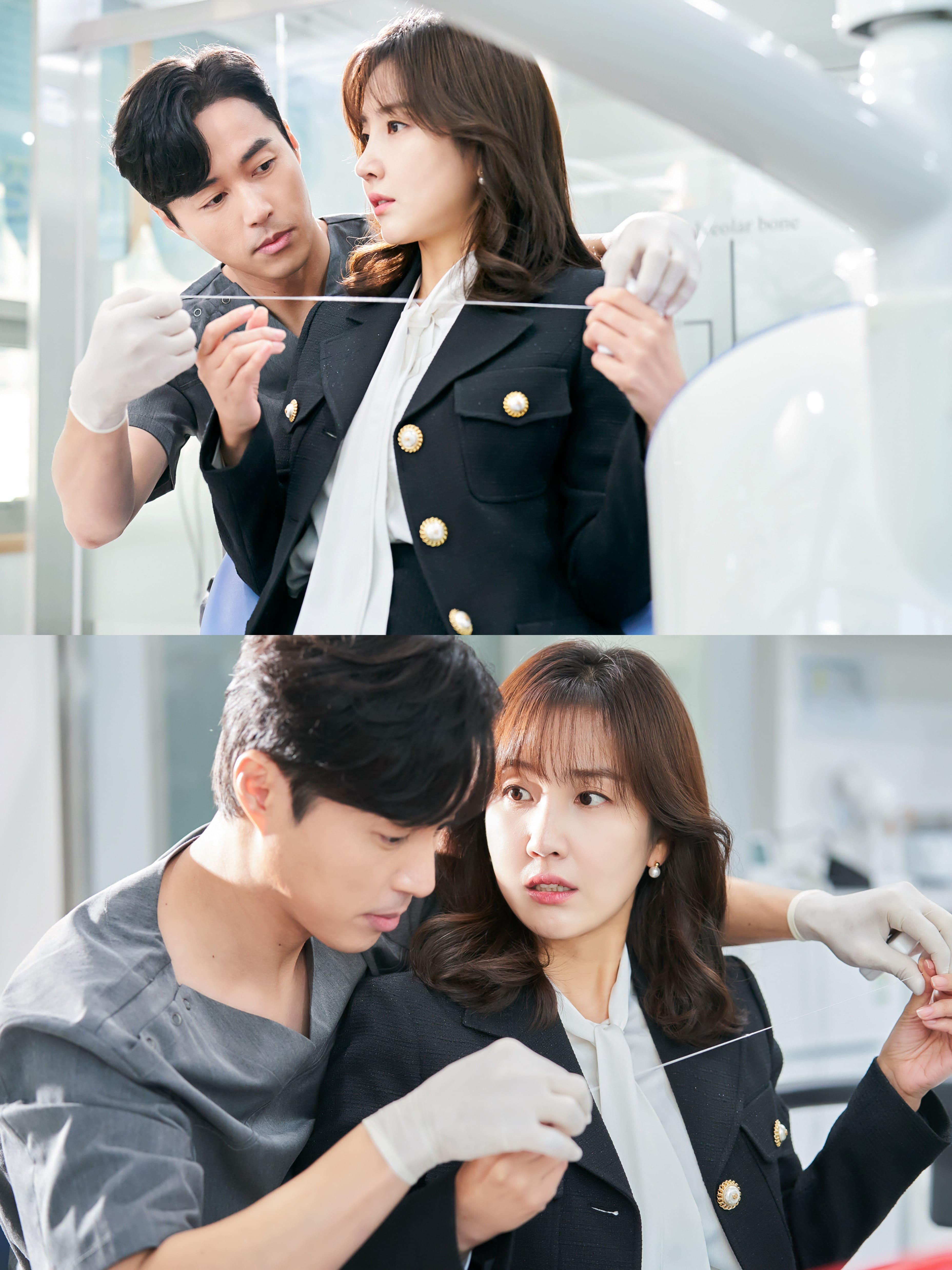 The producers of “It’s Beautiful Now” teased, “As you might be able to tell from the preview that was aired after the previous episode, Yoon Jae, who was always the model-student type that strictly obeyed his elders, may be the first to get into trouble. Please look forward to Yoon Jae’s unintentionally smooth moves, which will cause a storm in Hae Joon’s heart.”

They went on to add, “We hope that you’ll also keep an eye on what kind of effect this developing flirtation will have on the three brothers’ marriage project.”

To see sparks fly between Lee Yoon Jae and Shim Hae Joon, tune in to the next episode of “It’s Beautiful Now” on April 9 at 8 p.m. KST!

In the meantime, watch Oh Min Seok in “Cheat on Me If You Can” with subtitles below:

Oh Min Seok
Shin Dong Mi
It's Beautiful Now
How does this article make you feel?