“Broker” is the first-ever Korean film made by Japanese director Koreeda Hirokazu, who won the Palme d’Or at the 2018 Cannes Film Festival with “Shoplifters.” The film tells the story of baby boxes, which are set up for people who are no longer able to provide for their babies to anonymously give them up.

The new poster features Kang Dong Won, IU, and Song Kang Ho as they set off on a mission to find welcoming adoptive parents. While self-proclaimed well-intentioned “Broker” partners Sang Hyun (Song Kang Ho) and Dong Soo (Kang Dong Won) look excited in the front seat, the baby’s mom So Young (IU) looks bored and weary in the back. Although she initially left her child in the baby box, So Young raises questions when she returns to her child without an explanation.

The poster reads, “Baby box, the place where our special deal began.” 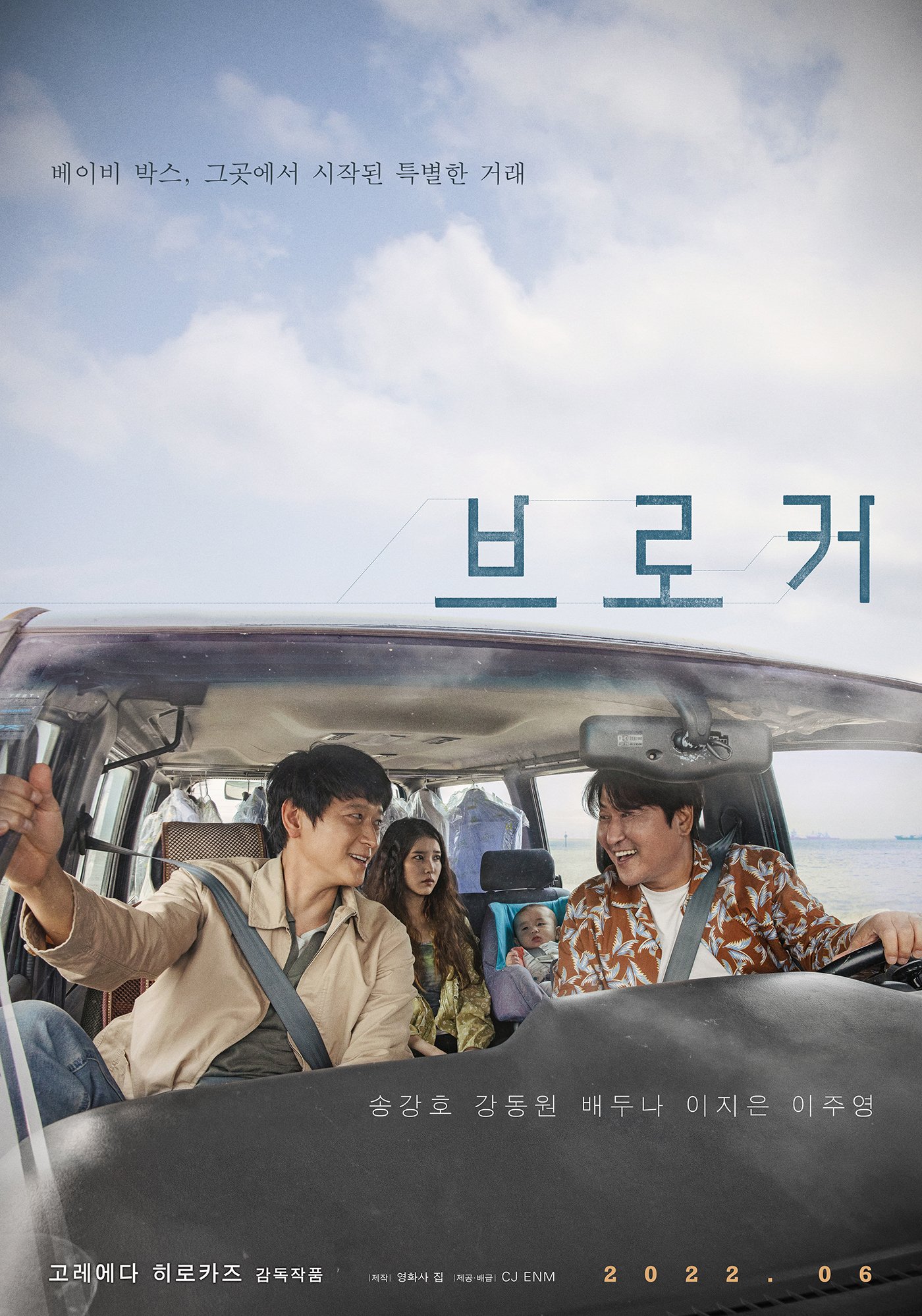 Alongside Song Kang Ho, Kang Dong Won, and IU, “Broker” stars Bae Doona and Lee Joo Young as detective Soo Jin and detective Lee who persistently follow the brokers’ journey to chase them down. In addition to its star-studded cast, the film is gaining attention for being Song Kang Ho and Kang Dong Won’s first project together in 12 years since starring in the 2010 film “Secret Reunion.”

“Broker” will premiere this June.