LE SSERAFIM has unveiled a mesmerizing new “FEARLESS” debut trailer titled “The World Is My Oyster”!

Ahead of LE SSERAFIM’s May debut, the group has amped up the excitement with a new promotion time table! 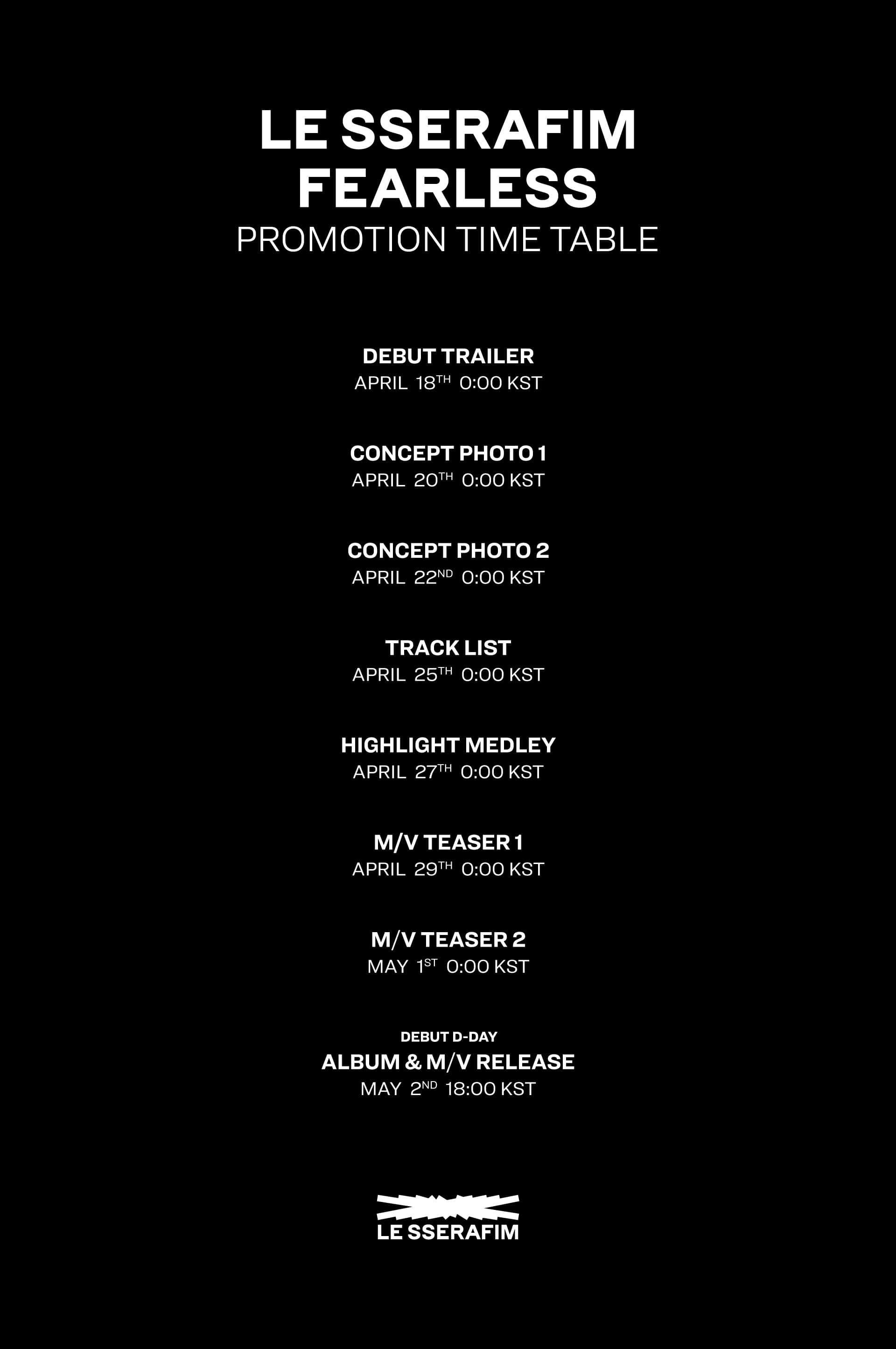 On April 13 at midnight KST, Source Music finally revealed the date and details for its new girl group LE SSERAFIM’s highly-anticipated debut. LE SSERAFIM will be releasing their first mini album “FEARLESS” on May 2 at 6 p.m. KST, and the group will also be holding a fan showcase at 8 p.m. that same evening.

Pre-orders for “FEARLESS” will begin on April 13, and more information on the online platform for LE SSERAFIM’s debut fan showcase will be announced at a later date.

Hello,
This is Source Music.

We are happy to announce that the release of LE SSERAFIM’s 1st Mini Album FEARLESS, as well as the on/offline Fan Showcase, is scheduled for Monday, May 2nd.

(Online platform for the showcase to be further announced)

As captured in the meaning of “I’M FEARLESS,” LE SSERAFIM will keep moving fearlessly forward, paying no attention to the world’s set expectations. Show them your love and support as they embark on their journey as artists with their first mini album!

LE SSERAFIM’s 1st Mini Album FEARLESS will be available for pre-order from Wed, April 13. More information on the album release and the Fan Showcase will be provided later on LE SSERAFIM’s Weverse community.

HYBE previously announced that its founder Bang Si Hyuk will be serving as an executive producer for LE SSERAFIM’s debut, while former BTS visual director and TXT creative director Kim Sung Hyun (also known as Nu Kim) will be taking the reins as creative director.

Are you excited for LE SSERAFIM’s debut?