Jeon Mi Do On Her “Thirty-Nine” Character, Why She Cried At Son Ye Jin’s Wedding, Possibility Of “Hospital Playlist 3,” And More

On March 31, “Thirty-Nine” aired its finale to its highest viewership ratings. The JTBC drama stars Son Ye Jin, Jeon Mi Do, and Kim Ji Hyun as three friends who met in their second year of high school and are now on the verge of turning 40.

Jeon Mi Do played the role of acting teacher Jung Chan Young who dreams of becoming an actress, but whose life changes when she’s diagnosed with a terminal illness.

As her character’s imminent death was implied from the beginning of the drama, Jeon Mi Do had to take a different approach to “Thirty-Nine.” Regarding Episode 12 and the scene of Jung Chan Young’s death, Jeon Mi Do commented, “It felt really strange. It was a bit weird. From a certain point on, it didn’t feel like [watching] me and I was only watching Chan Young, so it was really sad.”

The actress hilariously added, “I said [to people around me], ‘I also cried so much watching Episode 12’ and they replied, ‘You cried watching your own acting?’ I brushed over it while jokingly saying, ‘No, it’s because I watched scenes I didn’t know about,’ but I think the sadness was all the same.” 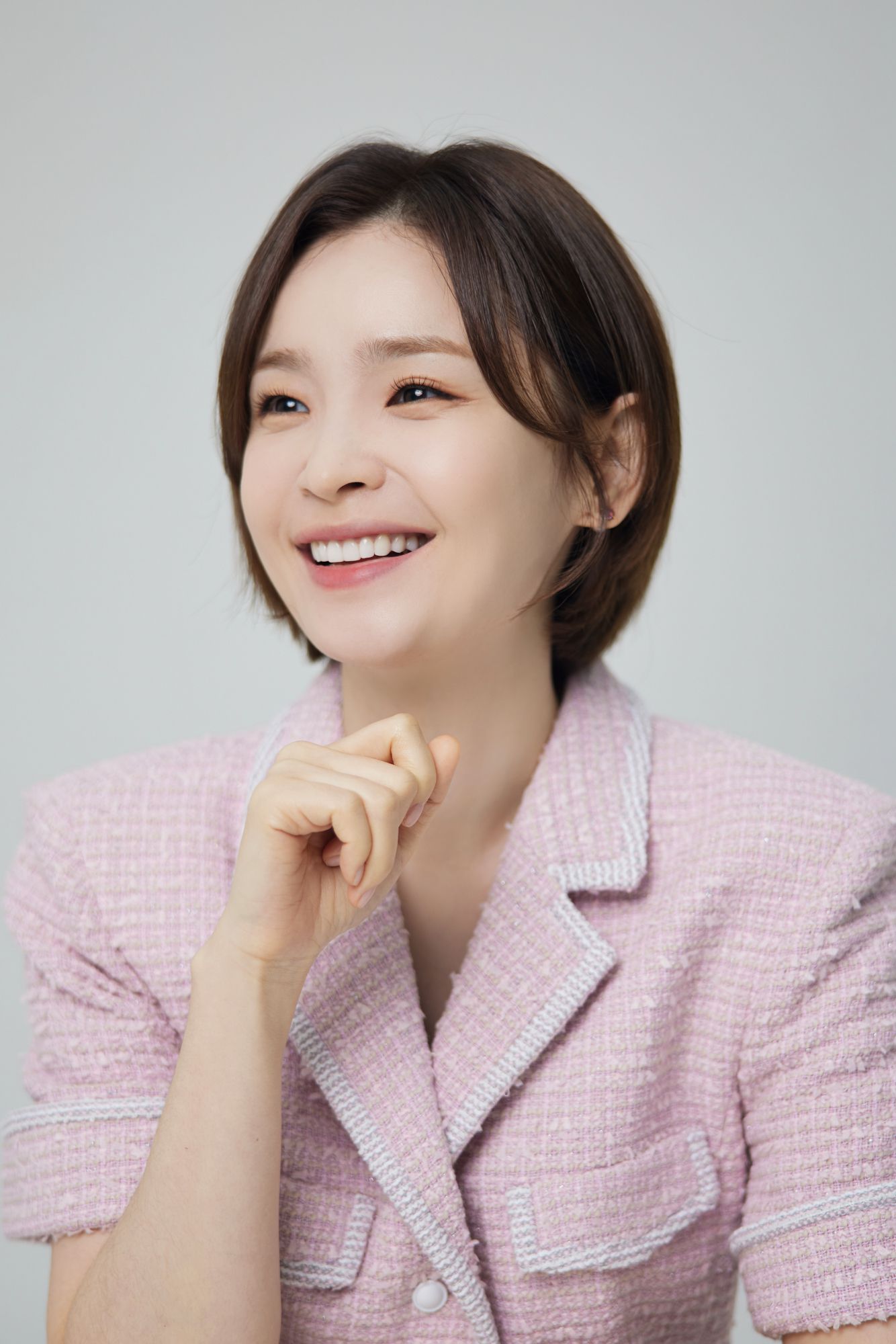 Besides her two closest friends, another important character to Jung Chan Young is her longtime lover Jin Seok (played by Lee Moo Saeng). After their ambiguous break up, Jin Seok gets married, but the two maintain their close relationship, raising questions from viewers about whether the drama was romanticizing affairs.

Jeon Mi Do cautiously commented, “Honestly, when I first received the script, I can’t say I didn’t have concerns about how people would take this.” She continued, “However, the drama is anyways written like that, and from another perspective, I felt that it made her a more realistic character. Since she isn’t perfect in every way or always calm, the fact that she had that foolish side to her felt realistic.”

She explained that Jung Chan Young is character that’s unable to succeed in her dreams nor love, but is still able to think ‘I lived a good life’ when inevitably faced with her death. Jeon Mi Do added, “Despite all that, I thought it’d be difficult to convince [viewers] of their relationship.”

Although Jin Seok eventually gets a divorce and begs Jung Chan Young to marry him, she firmly rejects him until the very end, which Jeon Mi Do stated was a decision that she understood and accepted.

Jeon Mi Do continued, “However, mixing in complicated relationships like that…People of that age group do not only have simple relationships. I thought, ‘Did [the writer] want to explain that?’ It was difficult to act while thinking, ‘This is right, this is wrong.’ However, I tried to accurately express what was written. It was quite hard.” 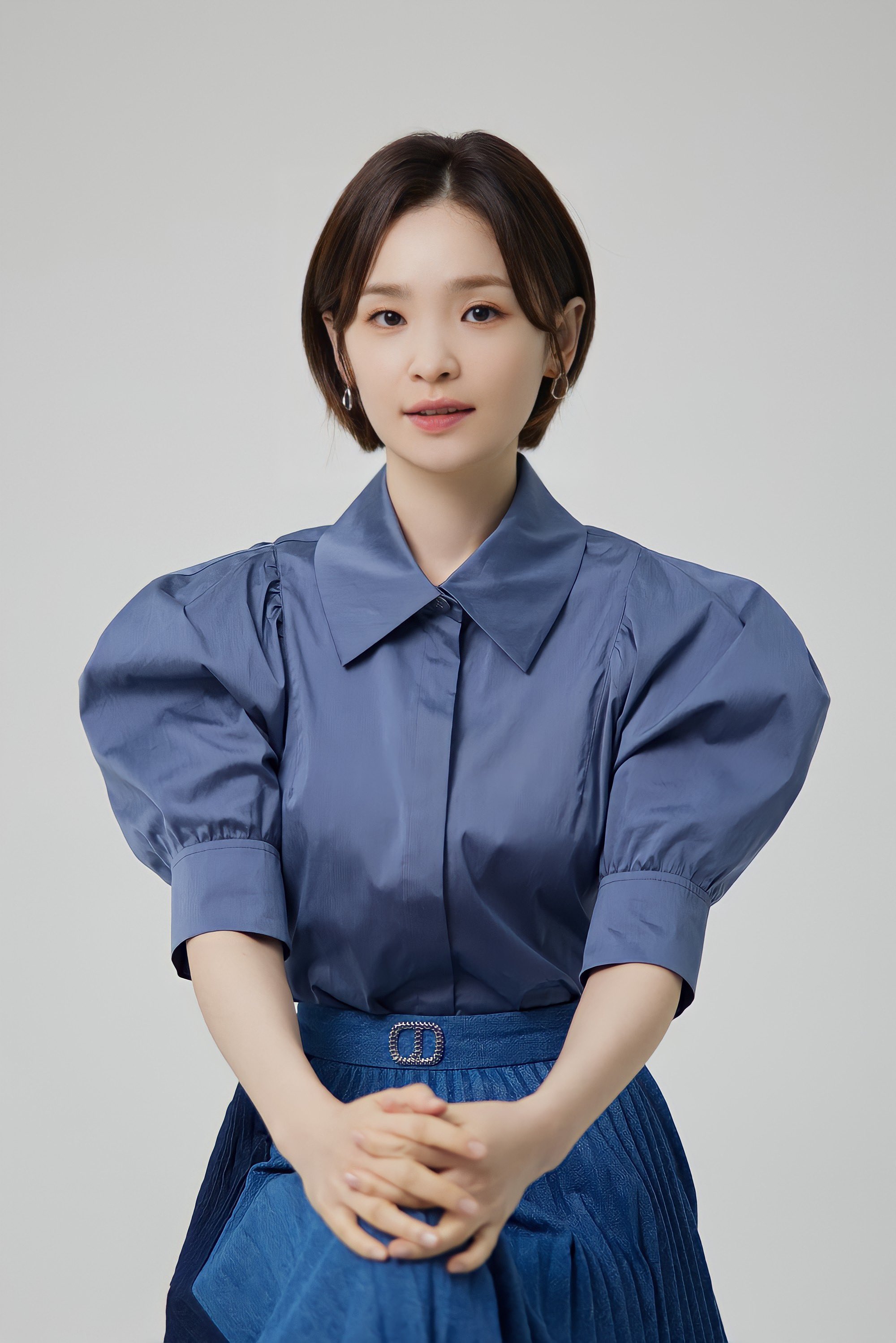 When asked whether there was any competition between the three main actresses, Jeon Mi Do shared that there wasn’t. She added, “We’re thankful that Ye Jin led us. Since Ji Hyun and I don’t have a lot of [media acting] experience, we couldn’t find the camera. We’d grab onto Ye Jin and do this and that. I felt apologetic and thankful, and we benefit a lot. I think we just had synergy. Just from looking at that, our chemistry was really good.”

She continued, “I never felt uncomfortable while acting. Ji Hyun and I have actually been friends for nearly 10 years. We acted together a long time ago, then weren’t able to for awhile, but after working with her this time, sure enough, she’s such a good actor. Ye Jin was so good, there’s nothing to even say. I had a good time among good actors.”

On the same day as the “Thirty-Nine” finale, Son Ye Jin held her wedding to Hyun Bin. Jeon Mi Do explained, “It wasn’t intentional, but the date just happened like that. As we went on hiatus for a week because of the election or the Olympics, the dates fell like that.”

Sharing an anecdote from the star’s wedding, Jeon Mi Do shared, “We said things like, ‘I couldn’t watch Episode 11 because I was preparing for the wedding,’ and ‘We’ll have to binge-watch it.’ Since the dates fell like that, it was like a conclusion. Because it was so chaotic, we couldn’t talk for long.”

She added, “I went into the bride’s waiting room and both Joo Hee [Kim Ji Hyun’s character] and I cried. It felt like marrying off a longtime friend from high school. Weirdly enough, seeing her in a wedding dress made me tear up. In the drama too, I wanted to help Mi Jo [Son Ye Jin’s character] get married. I think that’s why. Seeing me, even Ye Jin asked, ‘Why are you crying?'” 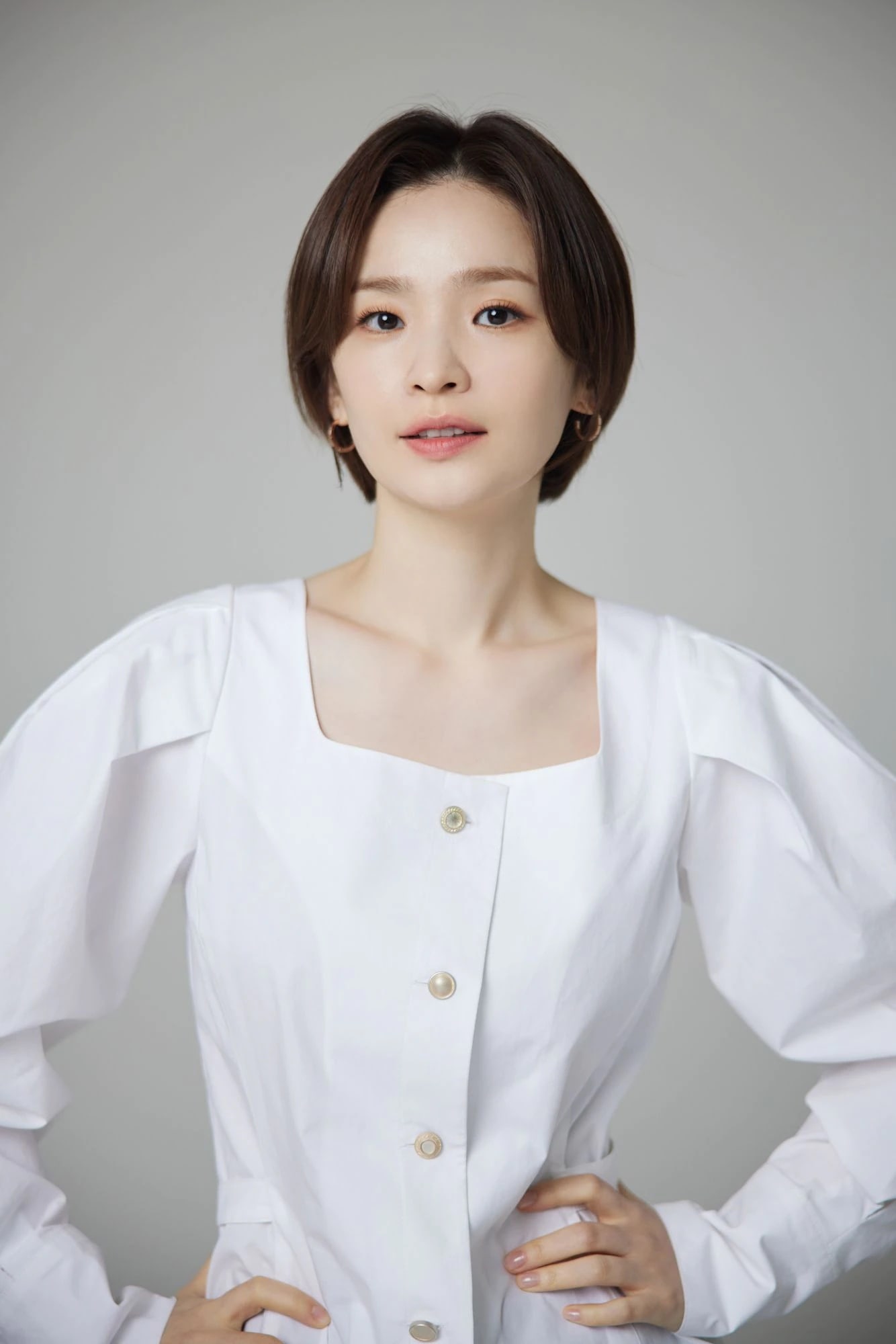 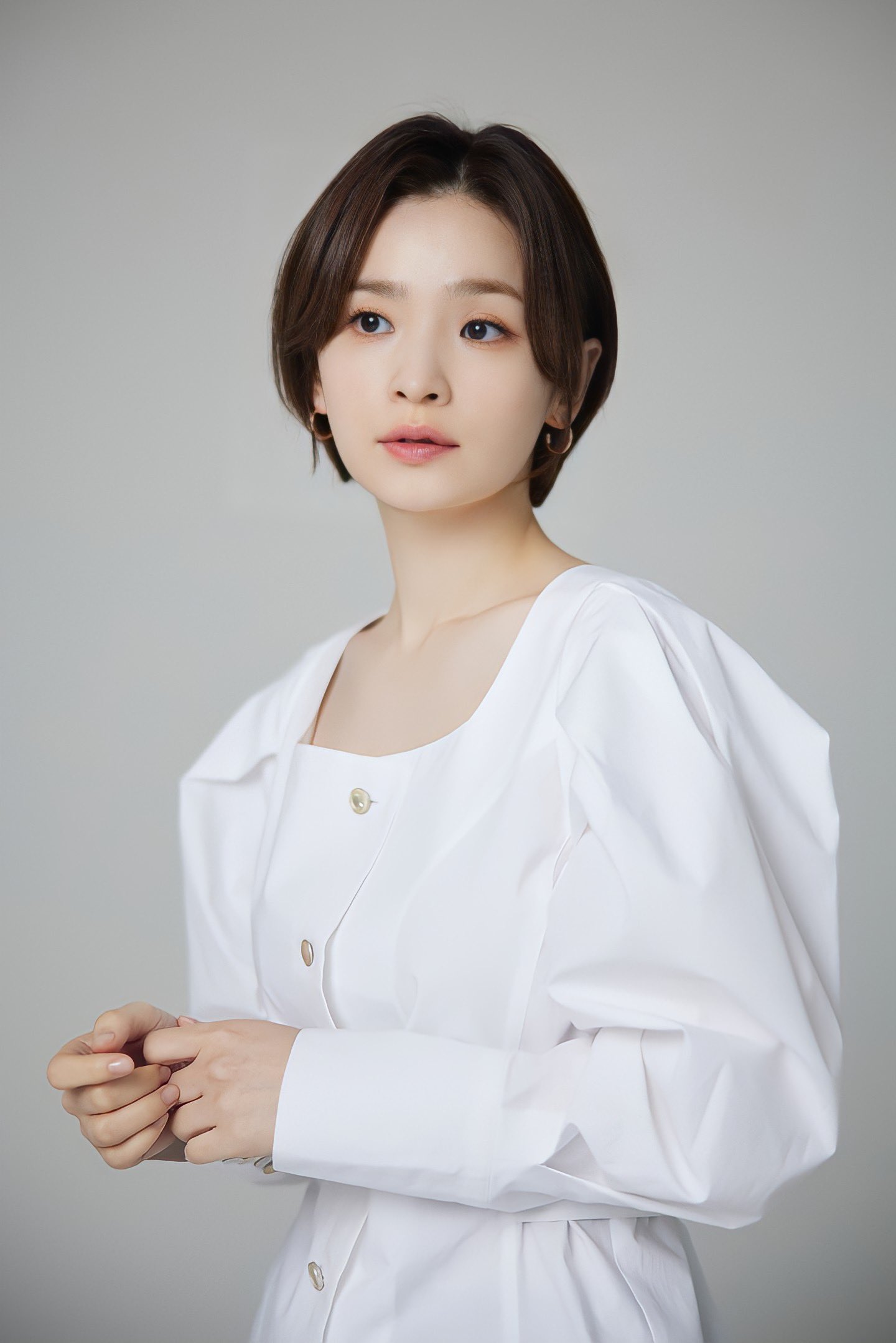 Following the huge success of both seasons of “Hospital Playlist,” Jeon Mi Do was asked about the possibility of Season 3. She answered, “Honestly, the five of us are taking turns to nag the director. No one knows the future and what will happen. The actors always talk about it. We want it. We’re always thinking about it positively.”

Lastly, Jeon Mi Do shared what “Thirty-Nine” means to her, saying, “Honestly to me, it’s a meaningful project that conveys both the transformation of thought and difference in thought. On the other hand, it also feels like I’ve really gained a friend named Jung Chan Young. I also feel like I’ve gained friends in Cha Mi Jo and Jang Joo Hee. It feels like they’ve become good examples of friends. I think it’s a project that has made me good friends. I don’t think I’ll be able to forget this role for a very long time. She lingers a lot in a way that’s different from Song Hwa,” referring to her role in “Hospital Playlist.”

Son Ye Jin
Jeon Mi Do
Hospital Playlist
Thirty-Nine
How does this article make you feel?