“It’s Beautiful Now” tells the story of three brothers who avoid dating and marriage until their parents and grandfather come up with an unusual scheme to marry them off: the family announces that their valuable apartment will go to whichever brother can bring home a spouse first.

Lee Yoon Jae strongly claims that he has been in a relationship before, but his brothers believe otherwise. Due to his lack of experience in the love department, he’s pretty clueless when it comes to signals from women, and as shown in the previous episode, he’s not a very good blind date.

However, one person fell in love with the tactless Lee Yoon Jae, and that is none other than Shim Hae Joon. They started off on the wrong foot, but after he sweetly taught her how to floss, she started to see him in a different light. Despite her changed attitude, Lee Yoon Jae has no idea how she feels about him.

The newly released stills hint that Shim Hae Joon will fall even more head over heels for the tactless dentist. Under colorful lights, Lee Yoon Jae shows off his hidden drum skills, and Shim Hae Joon is completely stunned by his performance. Even her pupils dilate and her mouth is wide open, and she seems totally immersed in him. 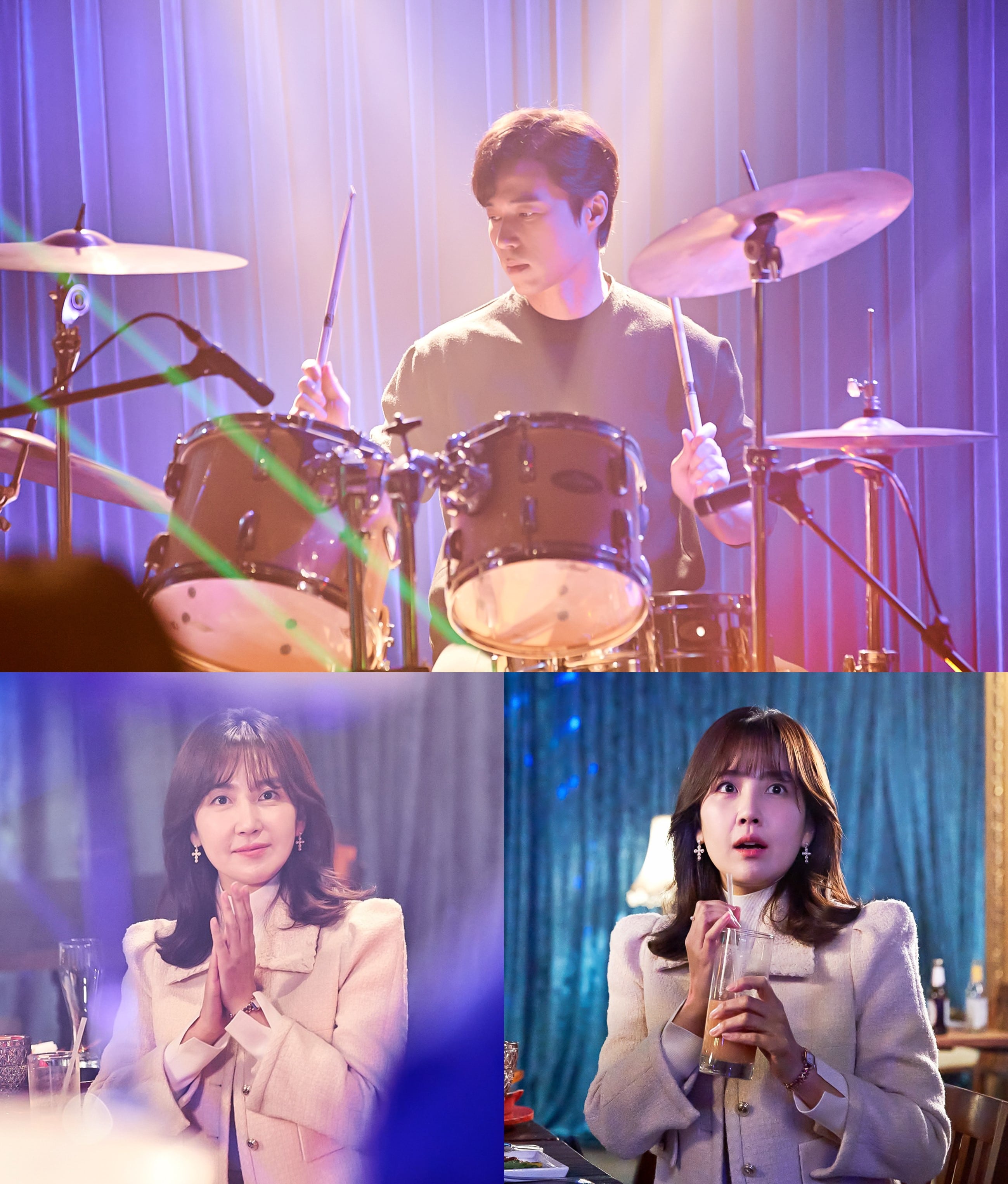 In the preview for the next episode, Lee Yoon Jae’s blind date Na Young (Woohee) vows to date him, causing Shim Hae Joon to become infuriated. How did these three people even end up in the same place?

In the meantime, check out Shin Dong Mi in “Bossam: Steal the Fate” below:

Oh Min Seok
Shin Dong Mi
It's Beautiful Now
How does this article make you feel?