“Love All Play” is a sports romance drama about a badminton works team, starring Park Ju Hyun as Park Tae Yang, who only lives for sports, and Chae Jong Hyeop as Park Tae Joon, for whom sports is just work.

Just days of the premiere, the drama released behind-the-scenes photos that capture the cast’s burning passion and energy.

Some of the pictures display Park Ju Hyun and Chae Jong Hyeop seriously monitoring their acting. However, in other photos, they flash radiant grins that show their energy and excitement. Park Ji Hyun is also spotted smiling widely, and Kim Moo Joon and Seo Ji Hye take a selfie together. The actors’ bright expressions and close relationships show the friendly atmosphere of the filming site. 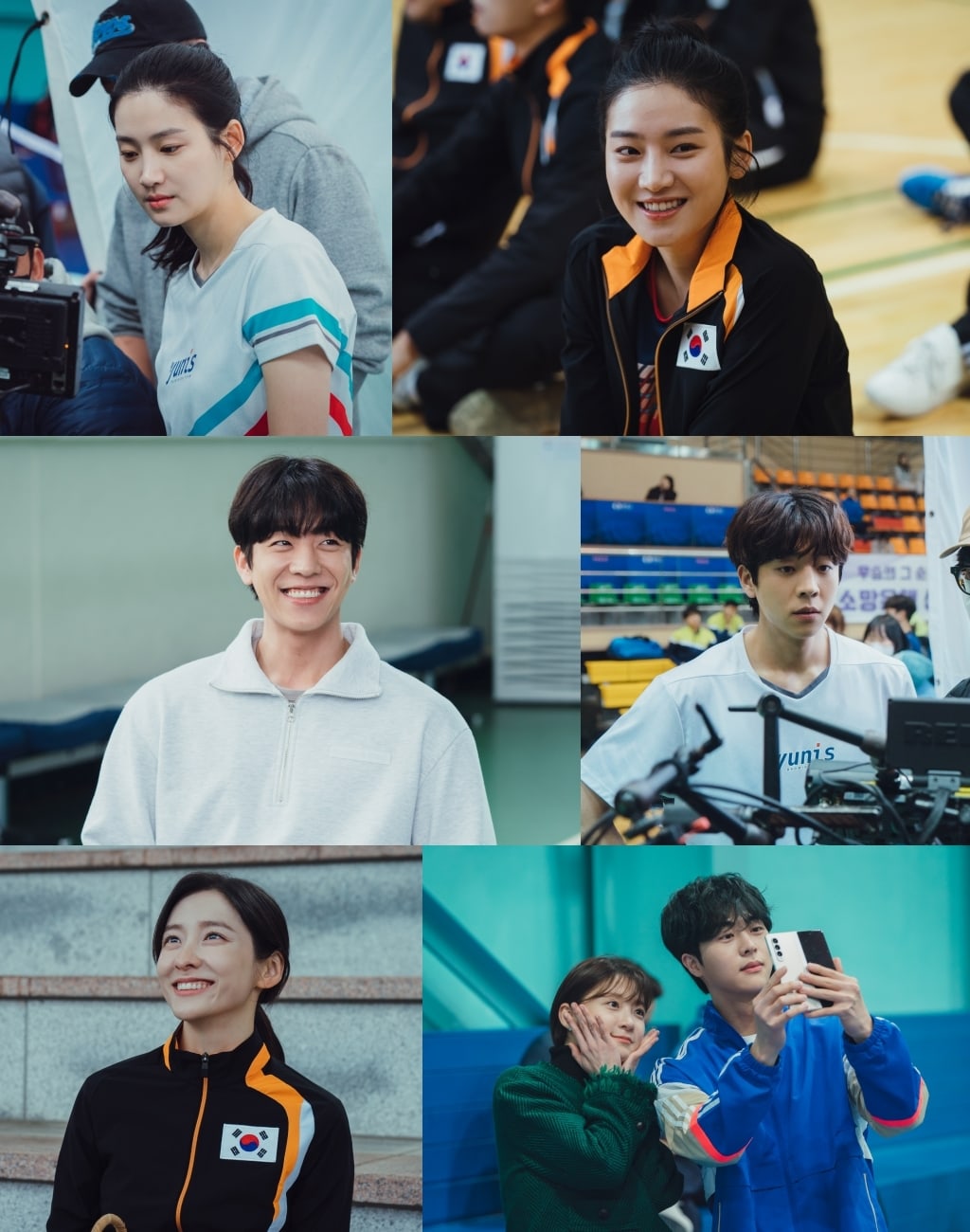 The production team shared, “All the actors and staff members are working on the drama with the best teamwork as if they’ve been together for a long time, and laughter never ceases during filming. It’s expected that the bright energy of the set will be reflected in the drama.”

While you’re waiting for the first episode, check out Park Ji Hyun in “Yumi’s Cells“: