EXO’s Suho Explains The Meaning Behind “Grey Suit,” His Dreams As A Singer And Actor, And More

EXO’s Suho looked back on his latest solo album, 10-year long career, and much more in a recent interview with Esquire!

As the interview took place before the release of his second solo mini album “Grey Suit,” Suho was asked to describe the album’s theme of “time.” Suho candidly revealed that it was about his time away in the military and explained, “Through an album, I wanted to communicate the emotions I felt and experienced during the year and nine months that I couldn’t meet with fans.”

Suho elaborated on the album title “Grey Suit” being a metaphor, sharing, “It’s a motif I got from the book ‘Momo.’ When you read the book, there are people in grey suits that take away time from others. At the center of the novel are the gentlemen in grey suits who steal time and the mysterious girl ‘Momo’ who chases these gentlemen down to reclaim others’ time. While it’s a fairytale, it’s a novel adults can read too that deals with how precious time is.”

He continued, “From a certain perspective, the year and nine months that I couldn’t meet with fans feels like lost time to me. I used the gentlemen in grey suits who steal time as a metaphor for my album name. During that time, I watched my members promote and thought, ‘The world is that beautiful and time moves so fast, but I’m the only one stuck in this moment. The time I’m living in now is black and white, but that world is colorful.'” 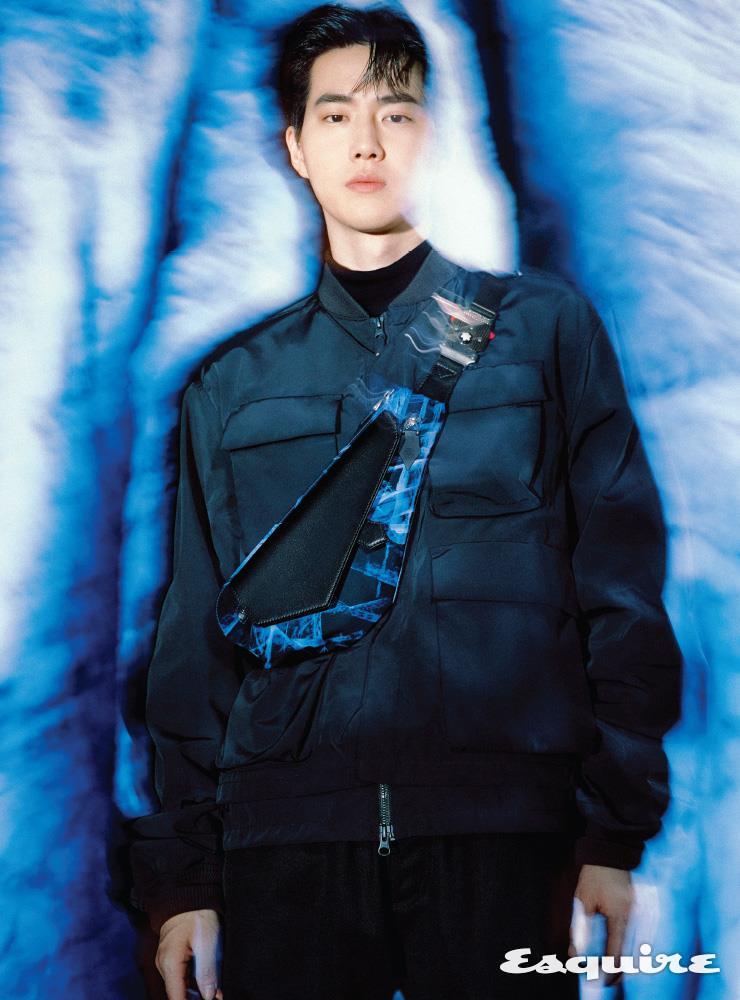 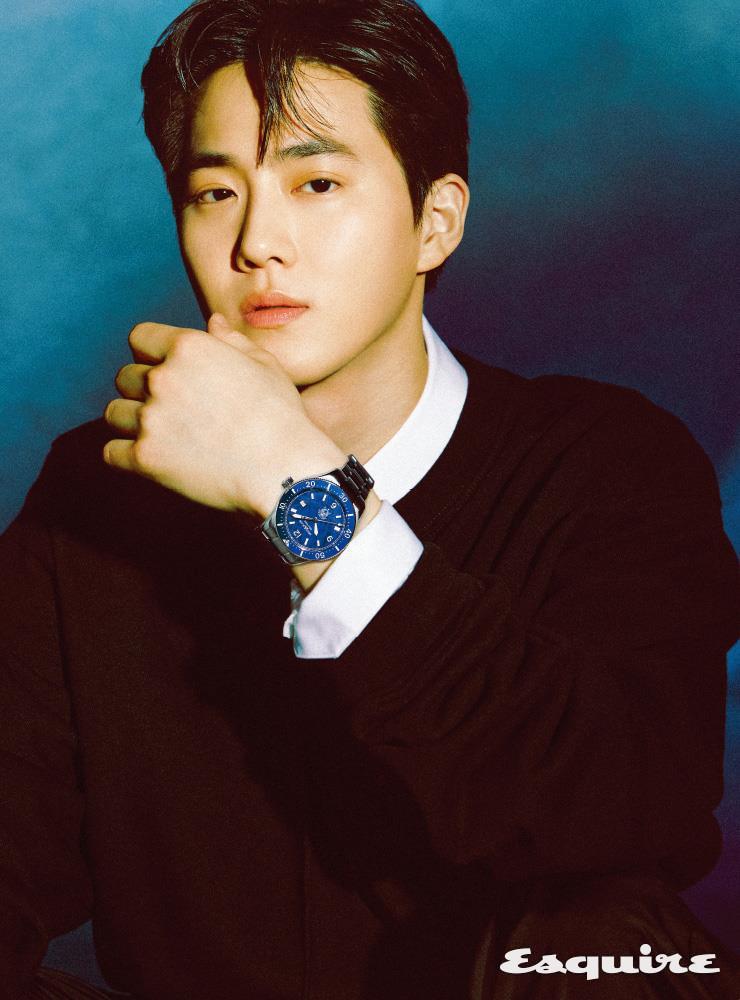 Although EXO celebrated their 10th anniversary this year, Suho’s been in the industry for 17 years when factoring in his trainee period. Idols who have had long trainee periods often talk about missing out on the typical student experience, but Suho explained that he still did it all. He shared, “Honestly, although I was a trainee, thanks to my parents’ influence, I was also very active in middle school and high school.”

However, Suho also experienced different hardships in school compared to an average student. When asked about the time in his life that he experienced the most diverse emotions, Suho chose his final year of high school to his first year of university.

Suho explained, “That’s when SHINee debuted. The seniors I had practiced with were debuting. At that time, I had a leg injury and there were a lot of different reasons why my debut was pushed back. In that state, I prepared for my college entrance exam. Isn’t grade 12 hard?” 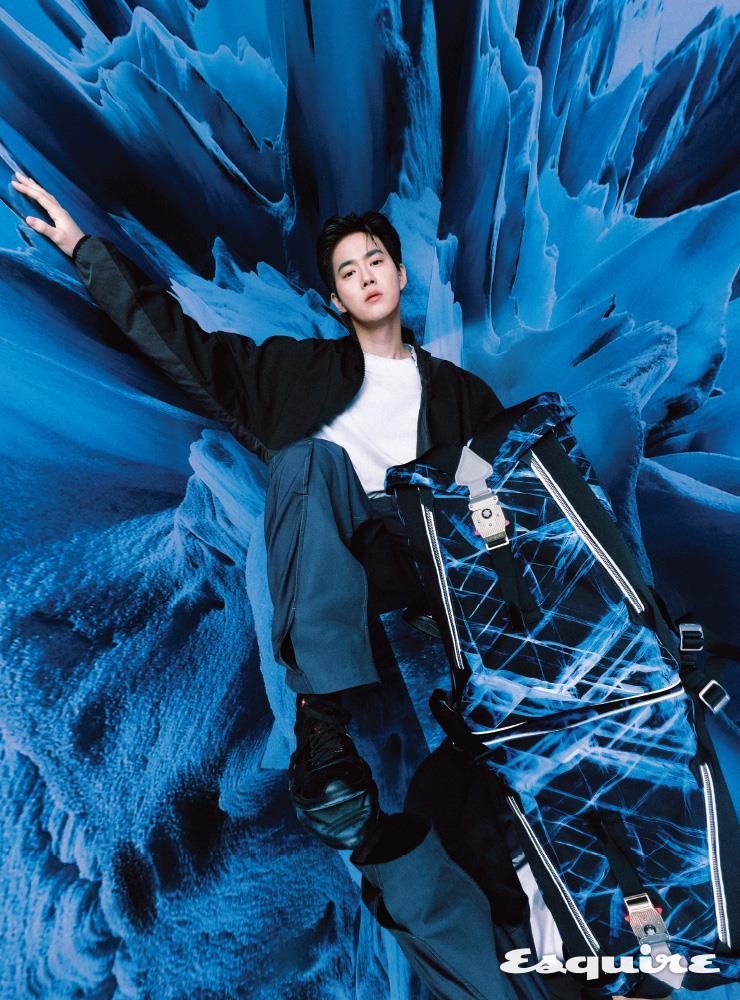 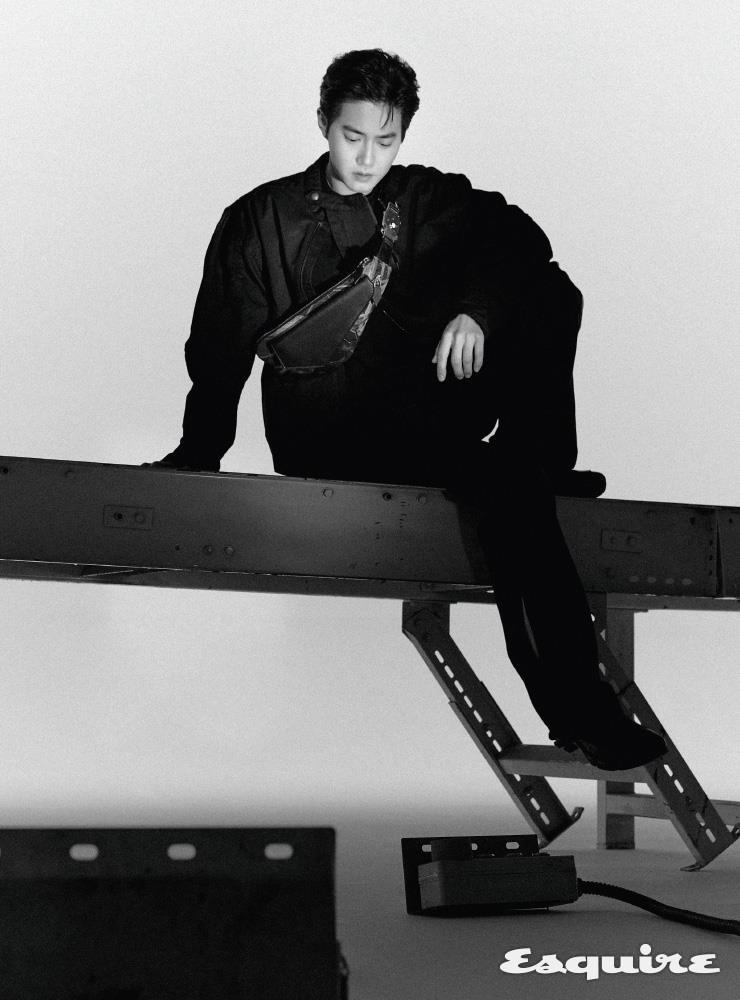 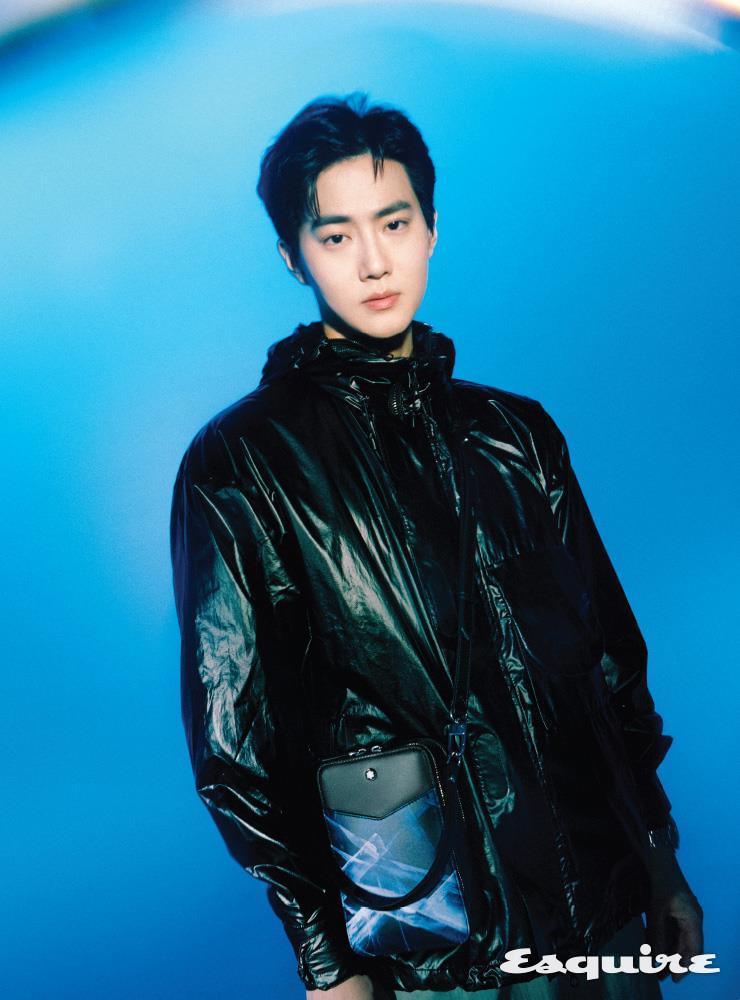 In EXO’s Sehun’s last interview with Esquire, he spoke about his affection for Suho, leading to Suho being asked what kind of person Sehun is in his life.

“My younger sibling? Although I obviously cherish all my members, Sehun is different,” Suho answered. “I saw him from when he was so young. We even used the same room for five to six years. When our other members moved out from our shared room to individual rooms, we still shared. When I asked Sehun, he said he was afraid to sleep alone. He said, ‘If you’re uncomfortable, you can use your own room, but I like sharing.’ I couldn’t turn him down and Sehun became someone I always embrace.”

Suho spoke about their first meeting, saying, “When I first saw him, Sehun was in sixth grade. I was in 10th grade. I’m just a hyung now, but back then, he couldn’t even look me in the eye properly. For starters, he was shorter than me.” Laughing, Suho added, “Now, he’s gotten so tall that I can’t look him in the eye.” 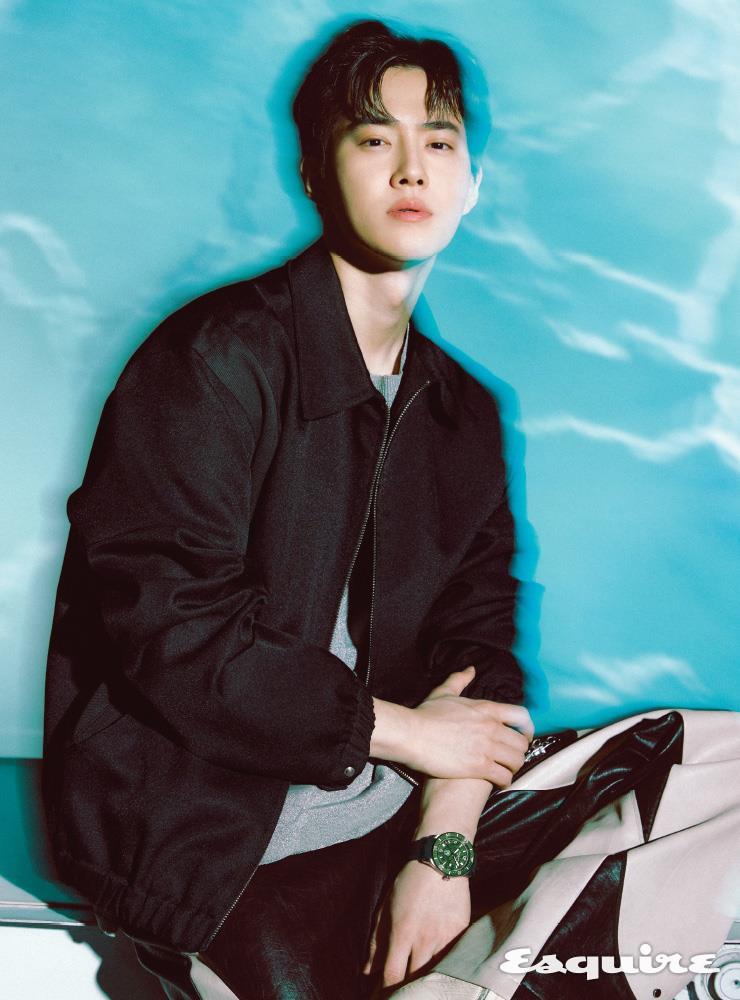 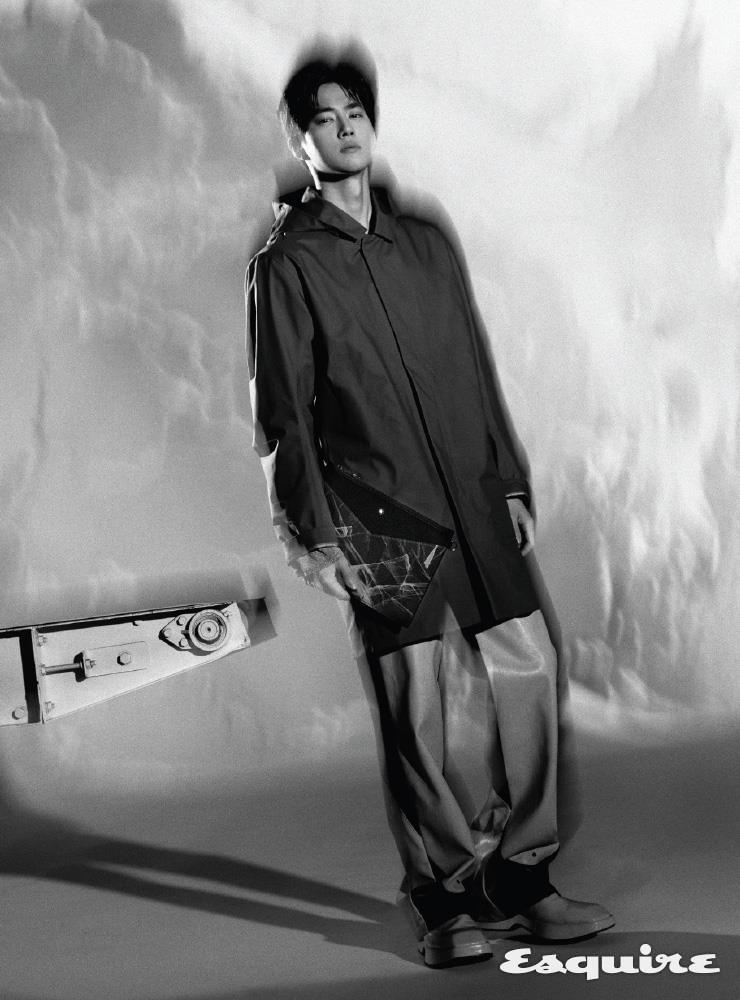 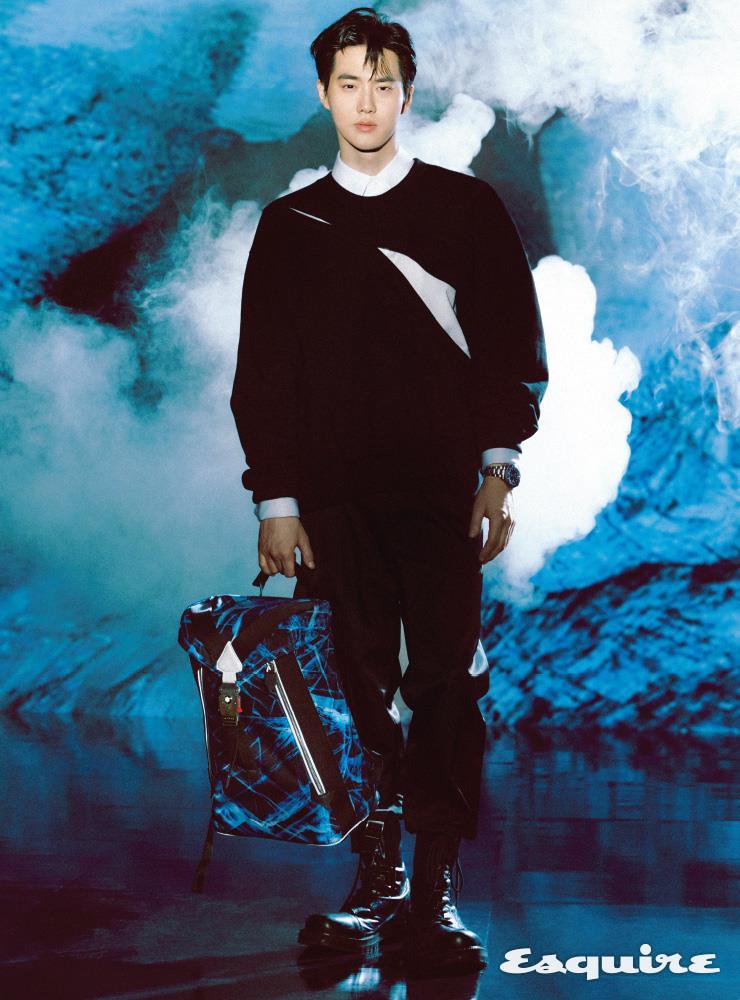 Following his debut with EXO, his solo debut, and now his return from the military, the interviewer commented that Suho was now in the third round of his life. Suho replied, “Wouldn’t it become a third round that I can do everything I want in? I’ve gained a lot of self-confidence that isn’t stubbornness. While promoting for 10 years, I’ve come to really know myself well. What my strengths and weaknesses are. What I’m lacking in and what needs to be improved. Also, what aspects can be improved. I’ve learned about myself for 10 years and improved upon my lacking aspects for two years, so now I’m confident that I can try anything that I think I can do.”

Because of how much success Suho and EXO have had, the singer was asked if there’s anything else he wants to achieve. Suho answered, “In terms of music, I want to create a color that is unique to Suho and my own genre where anyone can tell that it’s Suho’s music. When this album is done, I plan to attempt songwriting.”

He added, “As an actor, my dream is honestly to work in a space like Hollywood. There are already so many [Korean acting] seniors [in Hollywood]. Rather than an amazing role in an amazing project like those seniors, I want the experience of making a project within the Hollywood system with global actors.”

Suho’s latest solo mini album “Grey Suit” recently debuted at No. 2 on Gaon’s weekly album chart and has also topped iTunes charts all over the globe. Suho’s full interview and pictorial will be available in the May issue of Esquire Korea!

EXO
SHINee
Esquire
Suho
Sehun
How does this article make you feel?