Doyoung On His Pride In NCT, Group’s Upcoming Dome Tour, His Long-Term Goal As A Musician, And More

NCT’s Doyoung is on the cover of W Korea’s upcoming issue!

In the interview accompanying his pictorial, Doyoung gave an update on what he’s been up to. “I recently wrapped up filming for the TVING original drama ‘To X Who Doesn’t Love Me‘ (literal translation),” he shared. “You can watch it in June. Also, I can’t talk about it in detail, but I’m currently preparing really fun things. I’m also recording.” 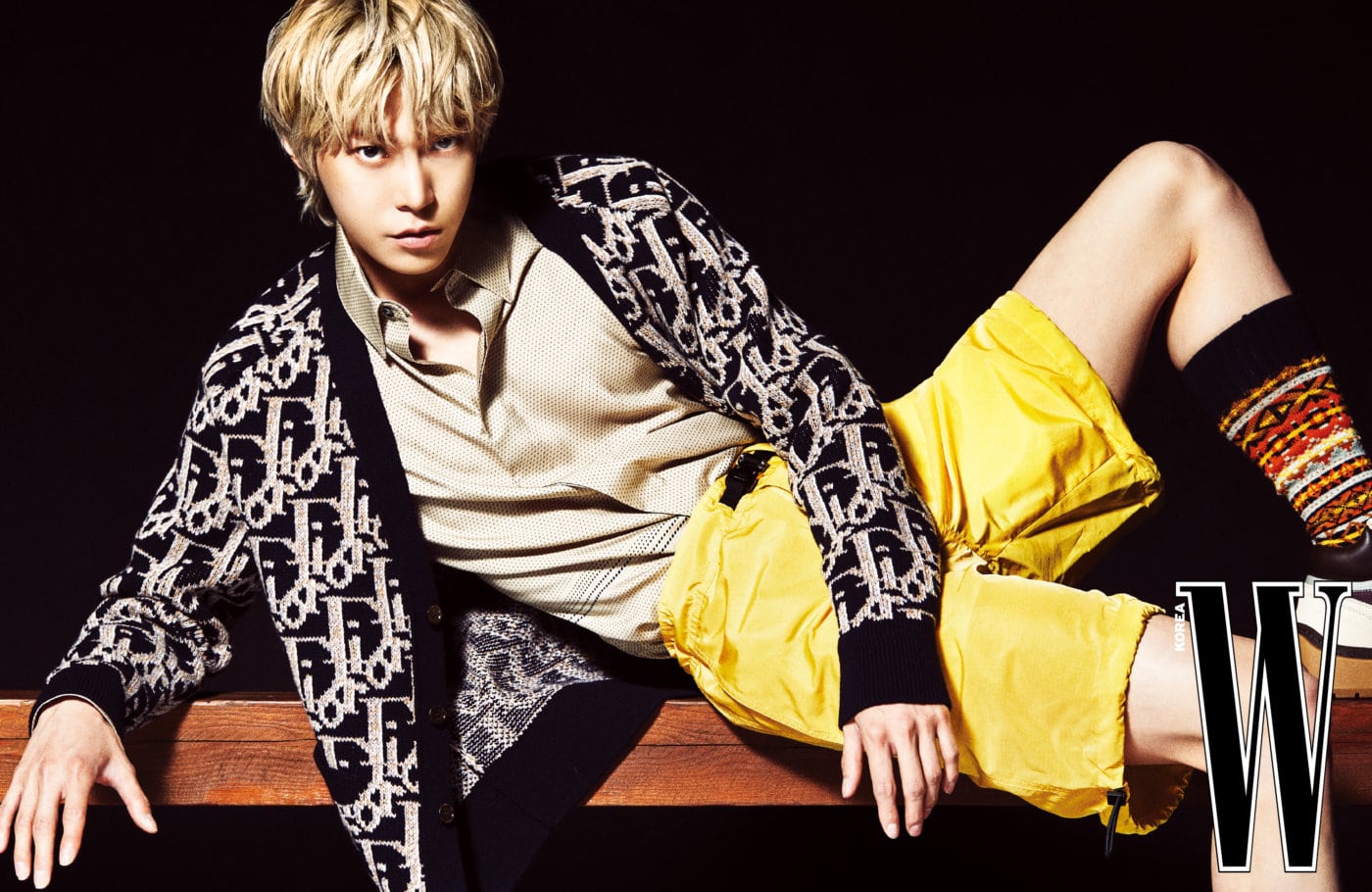 As the star excitedly talked about his recent ventures in acting, Doyoung was asked what his favorite movies and dramas were. He chose dramas like “The Lady in Dignity,” “When the Camellia Blooms,” as well as “Melo Is My Nature,” which stars his older brother Gong Myung. He then added, “Oh, also ‘Crash Landing On You’! I have so much to say about this drama. Do I look too excited right now?”

Doyoung happily continued, “I only watched this drama recently. So I watched while knowing that the actors in the drama are together in real life. What was memorable was the line Hyun Bin said while drinking, ‘I want to watch you grow old by your side, and I want to watch you raise children.’ While watching that emotional scene, I was going crazy thinking, ‘Wait, those two are getting married next month!’ I was in so deep.”

When asked if he had ever met “Crash Landing On You” stars Hyun Bin or Son Ye Jin, Doyoung answered with a laugh, “Never. We are not acquainted at all. But I still wanted to upload a congratulatory message on my [Instagram] story! I just barely held back, in case I looked like I had taken it too far. I want to take this opportunity to say, ‘I sincerely congratulate your love!'” 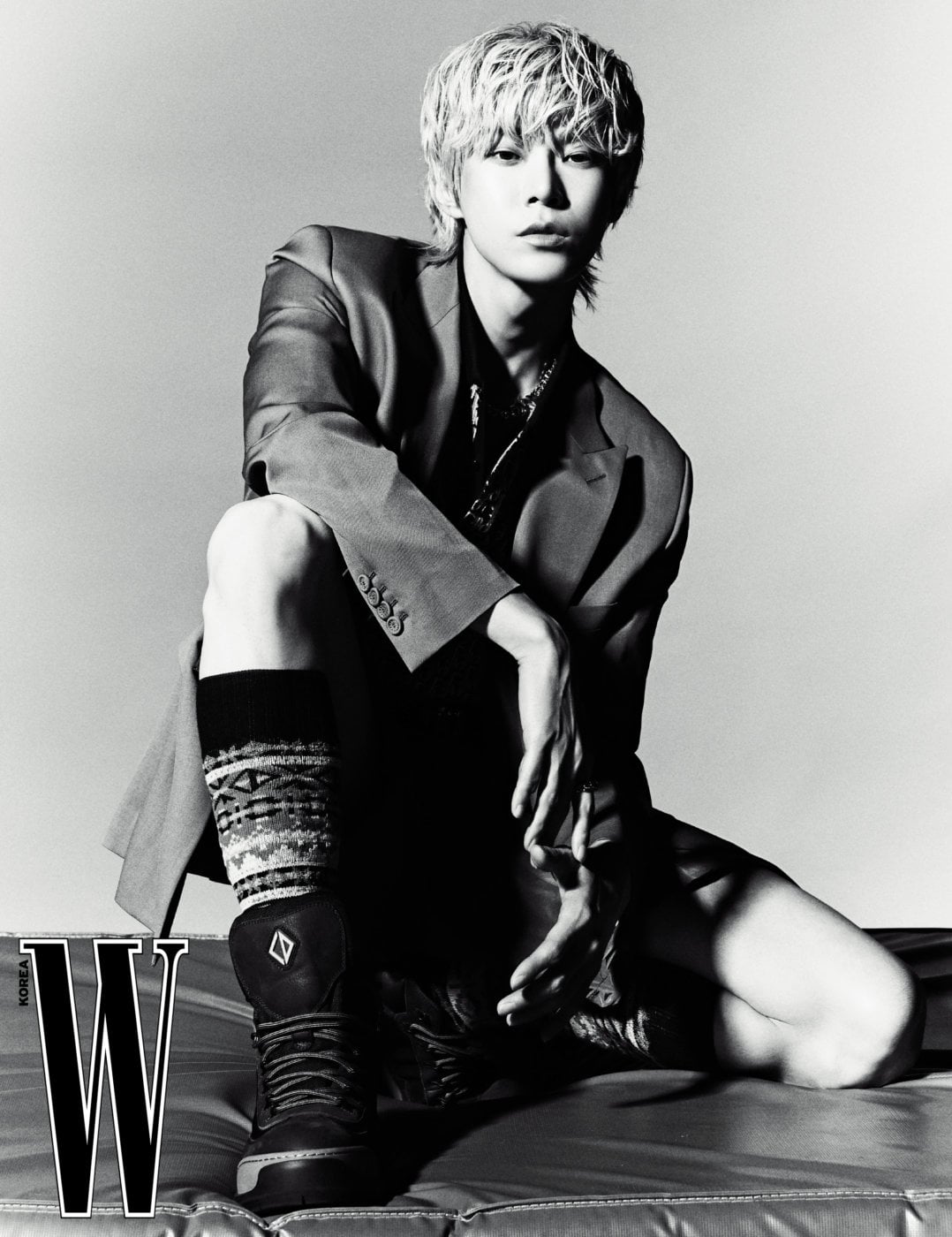 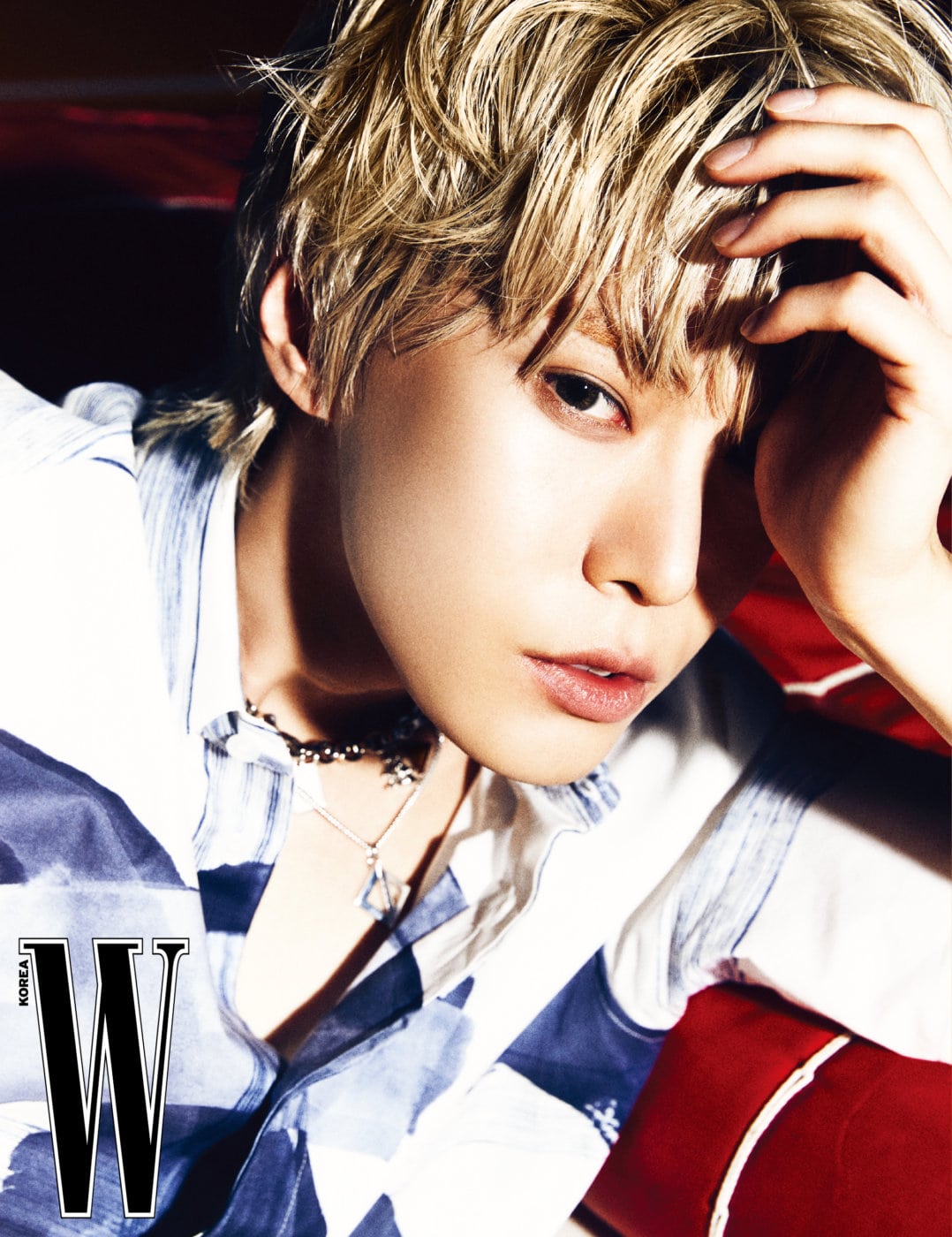 Right after Doyoung became an SM Entertainment trainee, he quit school and told his friends that he was moving overseas. Doyoung explained why he did this, saying, “There’s a behind story. I went with my mom to tell my homeroom teacher that I had become a trainee and likely had to drop out. Since it was a sudden change for me and I was cautious about it, I wanted it to be a secret for the time being.”

He continued, “However, I guess there was a past student who was in a similar situation as me. My teacher told me that story and asked my thoughts on just saying that I was immigrating or going to study abroad. I did wonder whether that would be okay…but after that was what my classmates were told, I couldn’t say it wasn’t true and that’s how it continued.”

Next month, NCT 127 is kicking off their first-ever dome tour across Japan, which is a huge milestone for musicians. Doyoung commented, “I’ve also only heard from others that it’s incredibly meaningful and important to be able to perform at Tokyo Dome. Honestly, I still can’t believe it. There hasn’t really been any reason to stand on a big stage or listen to long cheers for the past two years [due to the pandemic].”

Doyoung added, “When I was a trainee, I once went to watch TVXQ‘s performance at Tokyo Dome and I had goosebumps before they even appeared on stage. My memory is still so clear of the massive audience, the light sticks moving in concert, and the passionate cheers. To see that view from the stage instead of the audience must be amazing, right?” 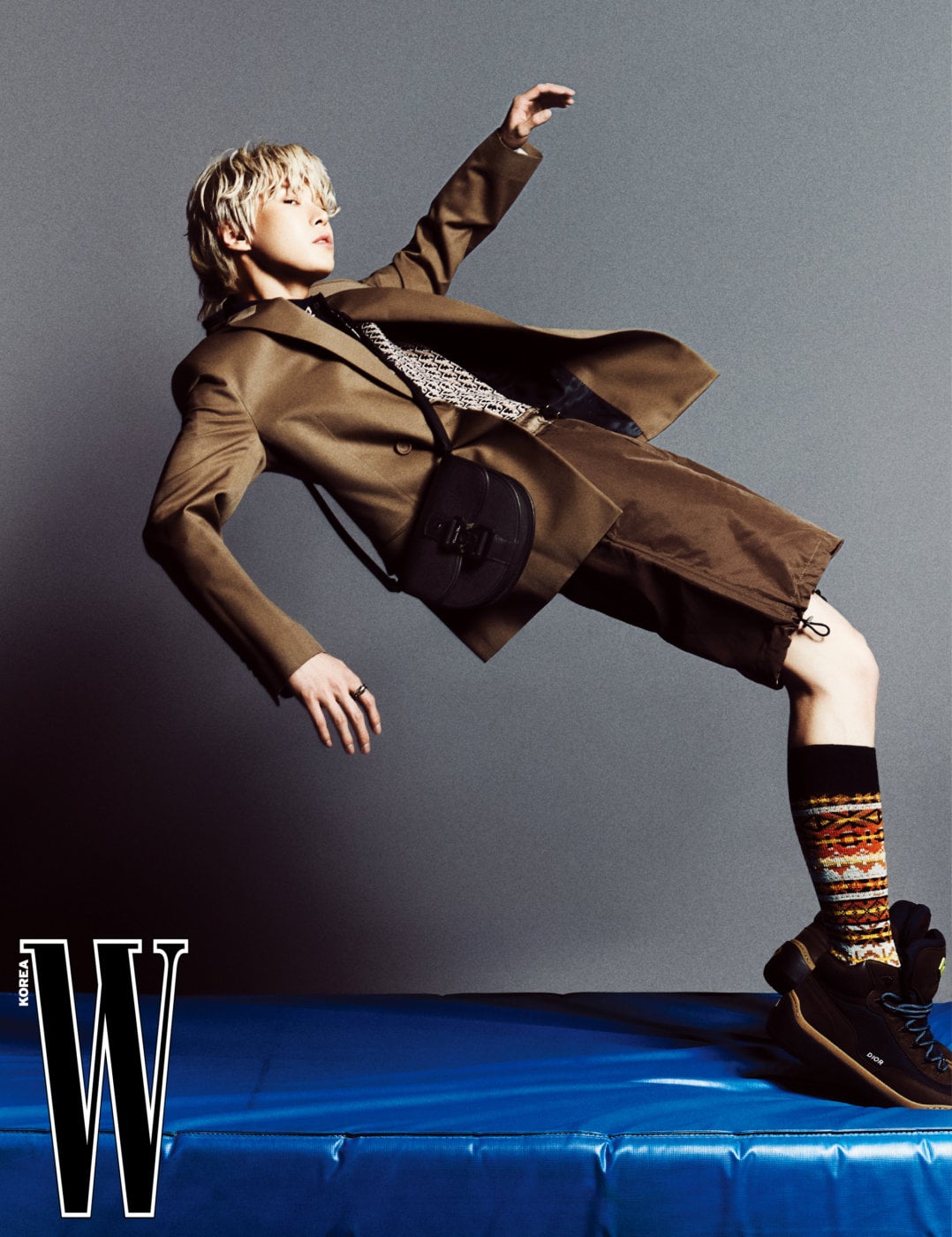 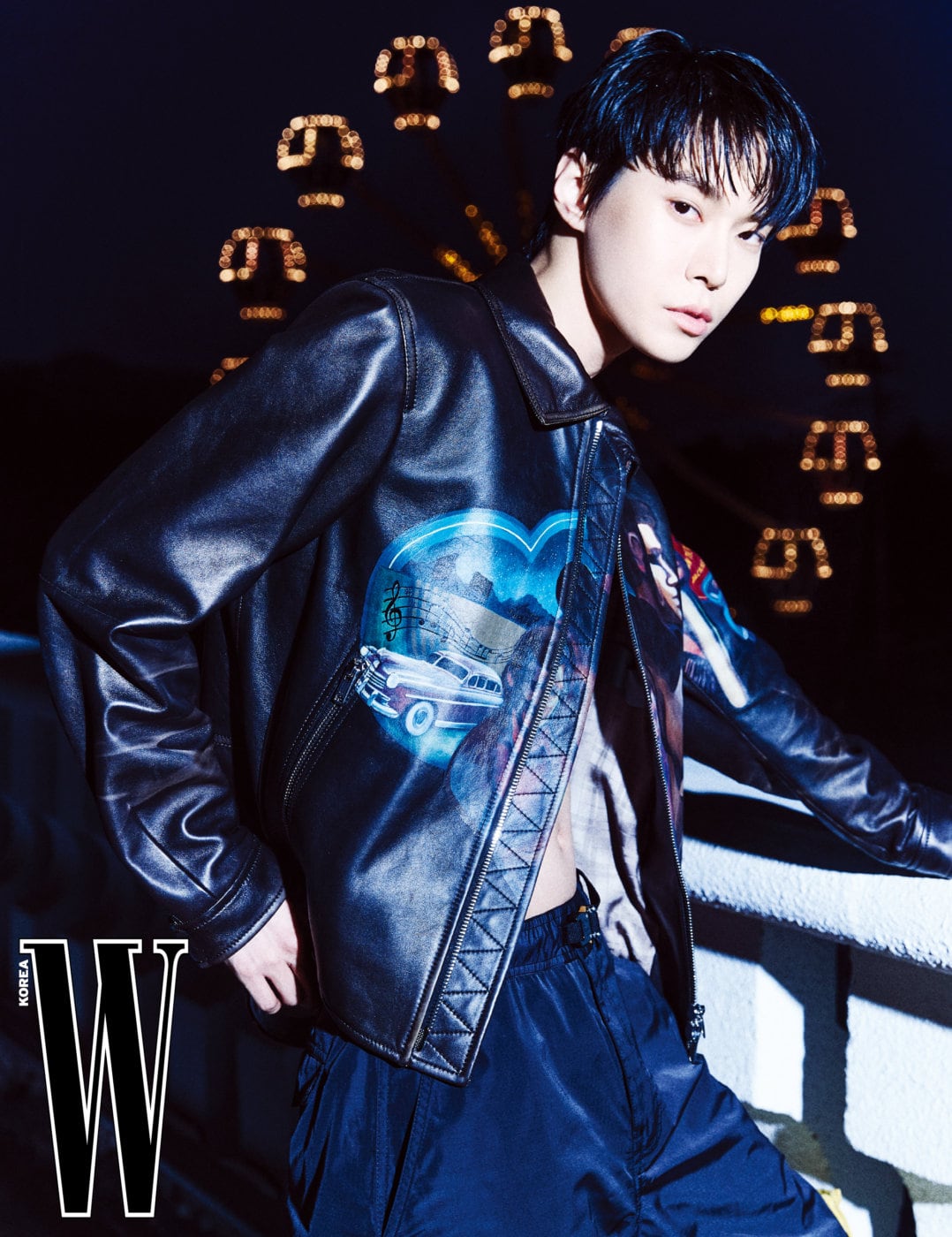 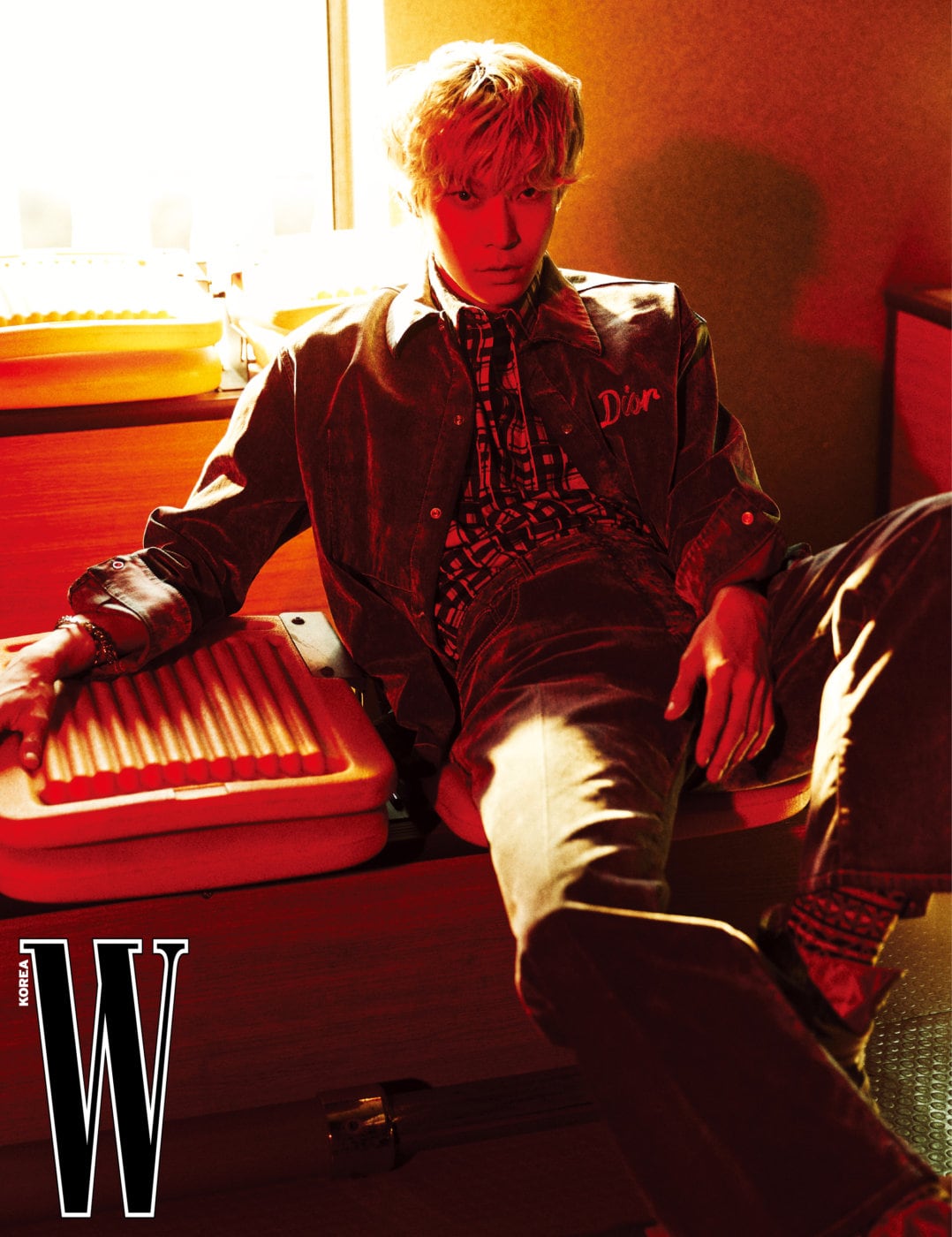 The NCT member was asked what thought occurs to him most when thinking about the group and he answered, “Now, I often think that I feel proud. I think we’re quite cool. I feel that way when I think about the colors and diversity that the team exudes, as well as when I think about my members. We make diverse music without being afraid of new things, and while doing so, we also maintain our team’s unique color. That’s not easy, but I think we’re pulling that off.”

Doyoung continued, “While I was listening to music by Mark, who recently released a solo single, I felt so proud. For example, I think the emotion I felt then is exactly that pride [I mentioned earlier]. I feel that way about all my members, not just Mark. Each and every one of my members are my pride.”

As it’s been six years since NCT’s debut, Doyoung’s answer took the interviewer by surprise. Doyoung elaborated, “I had pride from the start. However, in the past, I don’t think I was able to recognize that well. Honestly, when I first debuted, I really felt the difficulties of NCT’s system. Lee Soo Man once said, “While [the public] may need some time to adjust, once they adjust and start to like you, you will be more charming than any other team.’ I feel like I’ve only now understood the meaning of those words.” 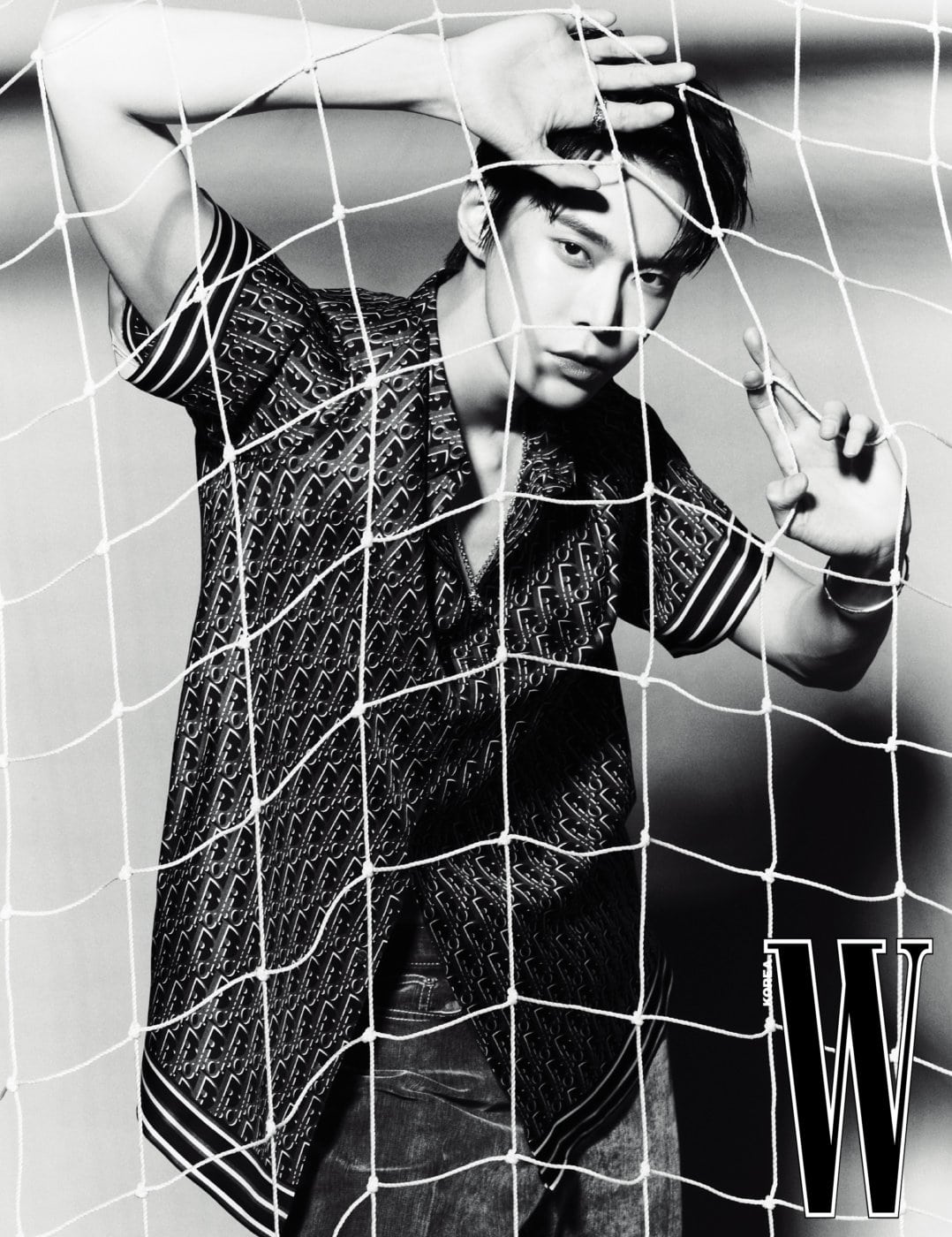 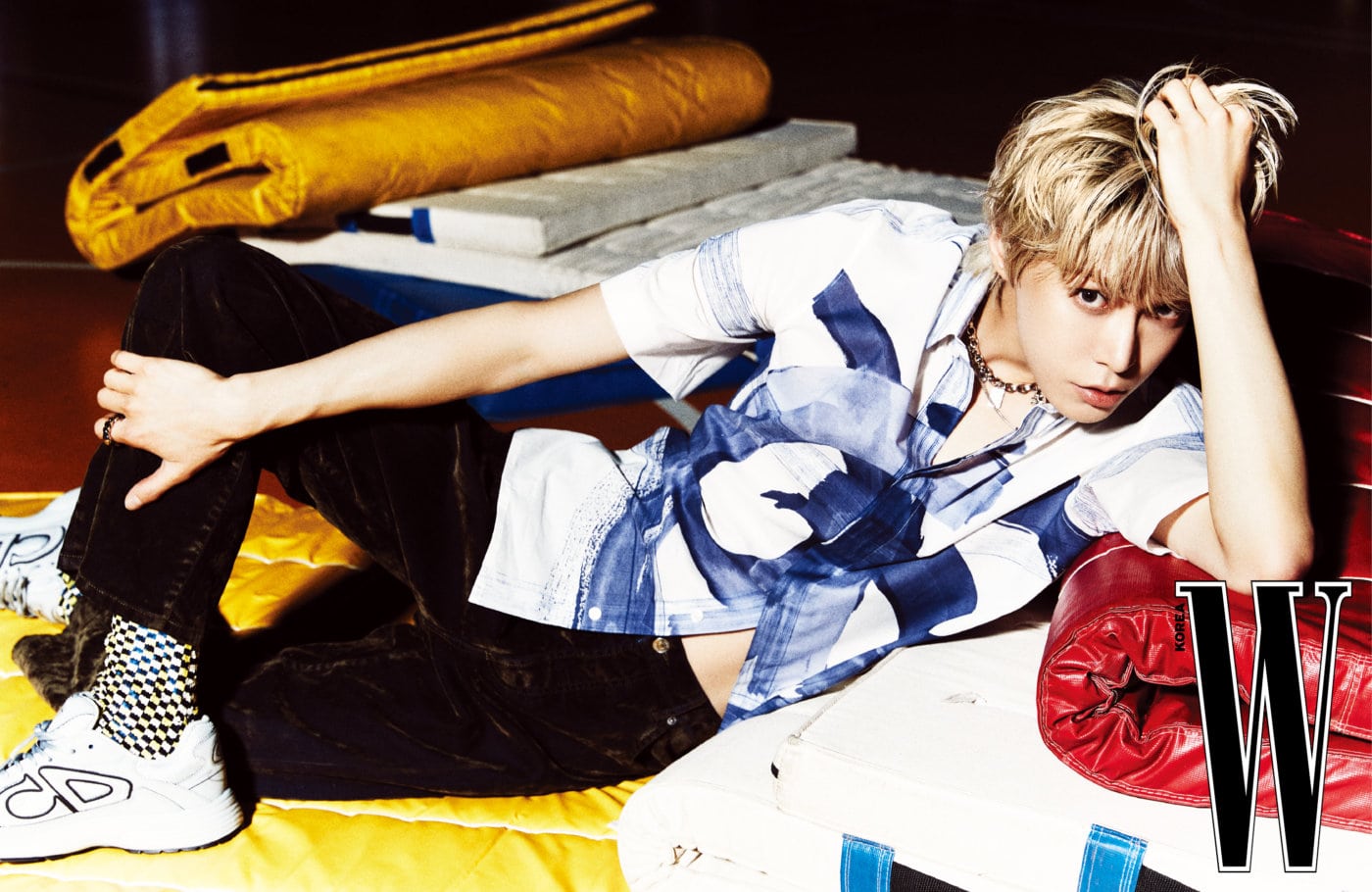 Lastly, Doyoung talked about his long-term career goals. He shared, “We’ve gotten the opportunity to stand on a big stage like Tokyo Dome. As a team, I don’t think we can look beyond that right now, so I’ll just speak for myself. I want to become a musician who can hold concerts alone. Even if I can’t actually do a concert in real life. I want to grow into a singer who has that much capability.”

NCT 127 will kick off their Japan Dome Tour in Nagoya on May 22 and Doyoung’s upcoming romance drama will premiere this June.

NCT
Doyoung
W Korea
How does this article make you feel?