Highlight’s Yoon Doojoon is excited for his role in the upcoming drama “There Is No Goo Pil Soo” (literal translation)!

Kwak Do Won stars as Goo Pil Soo, a man in his forties who is sincere about his fried chicken shop and his family. His life is the realistic, pitiful, and challenging life of the breadwinner of a family. Yoon Doojoon stars as Jung Seok, a man in his twenties who confidently chases his dreams despite the realistic challenges of being a young entrepreneur.

This role marks Yoon Doojoon’s first drama appearance since completing his mandatory military service in 2020. On why he chose to take on the project, he commented, “The synopsis and script were really interesting. It has all the joys and sorrows of life, it has love, and it’s a drama that includes the stories of all sorts of people.”

He followed up with some praise for his co-star as he added, “When I heard that Kwak Do Won had been cast, I thought that I would be able to learn a lot more about acting through this production.” 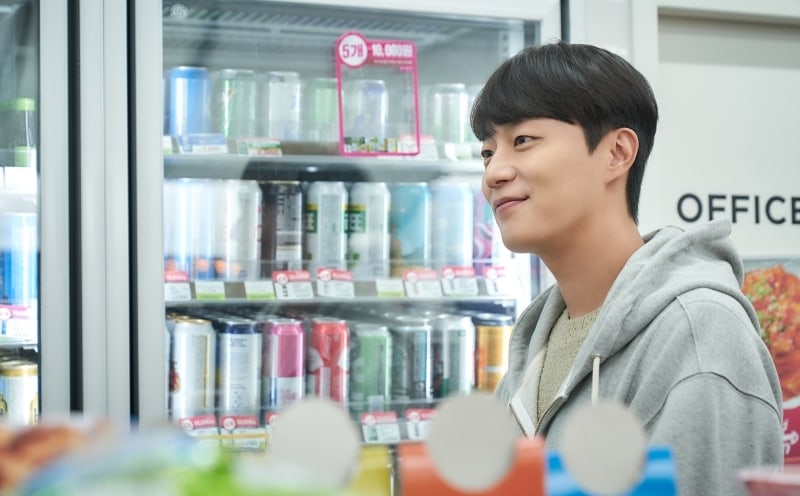 Yoon Doojoon also shared his observations about his character Jung Seok, whose life trajectory suddenly changes after his father’s company goes bankrupt. He said, “He struggles as he takes on the burden of his father’s debt overnight, but just like the meaning of his name, he has the conviction and perseverance to stay on the right path. He’s a charming character.”

He continued, “Jung Seok is someone who stands straight up and keeps going even in the face of hardship. He’s a good son who pays back his father’s sudden debt without complaint. He’s also a young man who’s just begun the first half of his life that isn’t going too well.”

As the drama is his first since his return from the military, Yoon Doojoon’s anticipation for the project is even greater. He also hinted at the on-set chemistry as he shared stories of filming with other cast members. “Our senses of humor work well together and we have great teamwork, so every time we go to film we can’t stop laughing,” he revealed. “There’s so many interesting scenes that it’s hard to count them on both hands. You’ll probably understand when you watch the drama.” 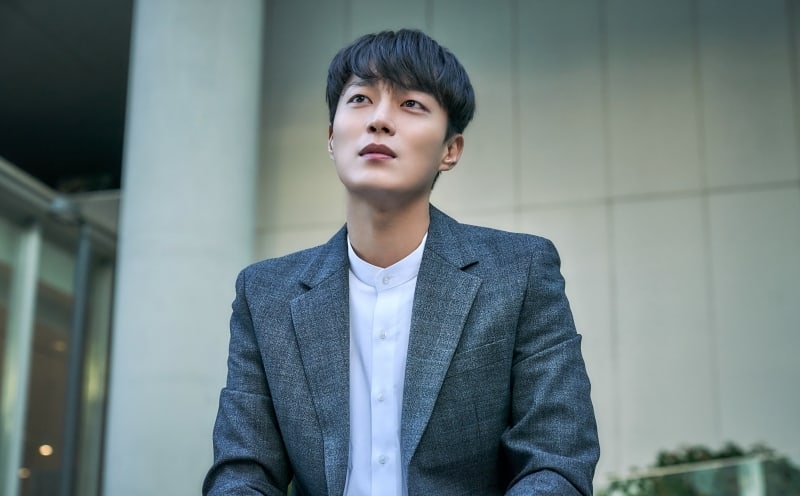 Yoon Doojoon concluded with a message to drama fans as he said, “I’m extremely pleased to be greeting everyone through ‘There Is No Goo Pil Soo.’ As it’s a drama that showcases a lot of stories about people of all ages, I think it’s a production that everyone will be able to relate to. This is a tough time right now, so I hope that you will be able to find hope and comfort while watching Goo Pil Soo and Jung Seok taking on their challenges with vigor.”

“There Is No Goo Pil Soo” premieres on Olleh TV, seezn, and skyTV in May.

While you wait, watch Yoon Doojoon in “Radio Romance” below: